Somehow unexpectedly, typhoon #KAMMURI is struggling with the more rapid intensification. Although the extremely intense deep convection is ongoing, the system is not yet ready to form an eyewall and better organization. The whole system is quite large and spinning, but there is no eye feature visible. Kammuri is now on its gradually accelerating west movement and continues strengthening, packing 75 knots sustained winds with a central pressure around 973 mbar – the latest model guidance suggests it my potentially reach at least a Category 3 strength by Monday, just before landfall on Philippines.

Satellite imagery indicating again an incredible amount of extremely deep convection, pushing cloud tops temperature towards -90 °C. The first daylight of local morning, Nov 30th, is just revealing the system in visible spectrum – an impressive wide-open upper-level outflow with textbook explosive deep convection within the broad area around typhoon’s virtual center. However, quite unusual behavior this time as the system is still struggling to develop an eye / eyewall. 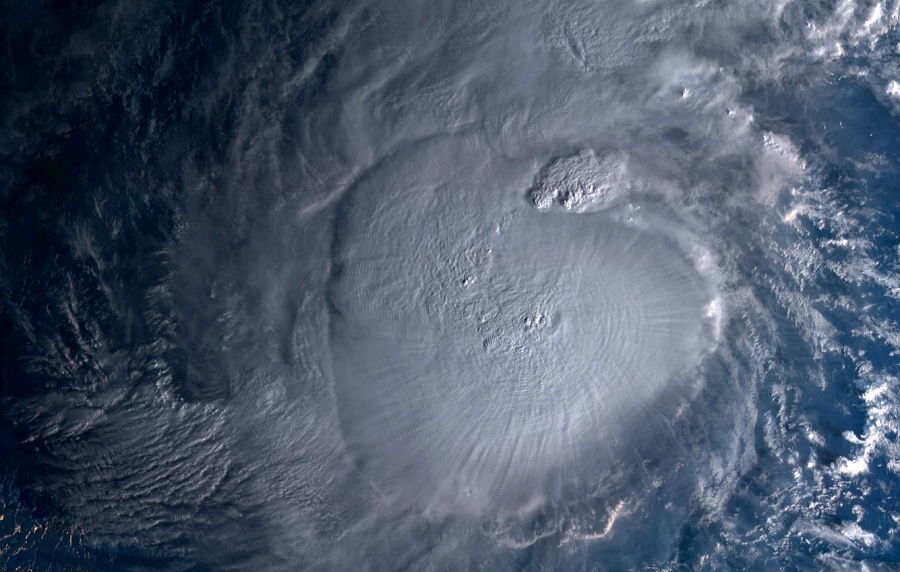 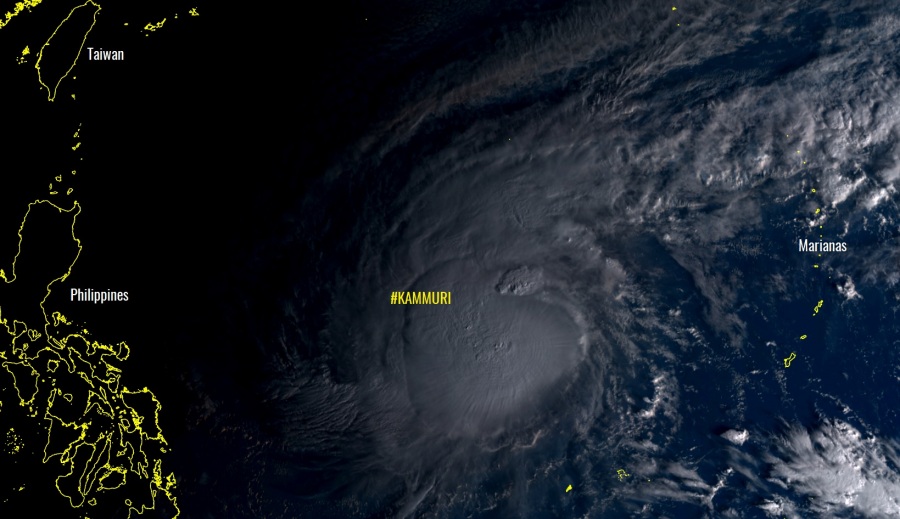 The future track will bring KAMMURI due west towards the Philippines with the potential landfall on late Monday / early Tuesday. It is increasingly likely the typhoon will travel directly towards the capital Manila on Wednesday.

Kammuri remains in very favorable Ocean Heat environment which should support further strengthening or even rapid intensification, but apparently dry airmass in the mid-levels is limiting the better system organization, for now. Chances still remain for more robust strengthening within the next 48 hours. One of the concerns could be the large area of very warm sea waters just to the east of the Philippines where typhoon could start a more significant intensification prior to landfall. This would no doubt bring the higher potential for severe impact on the Philippines. 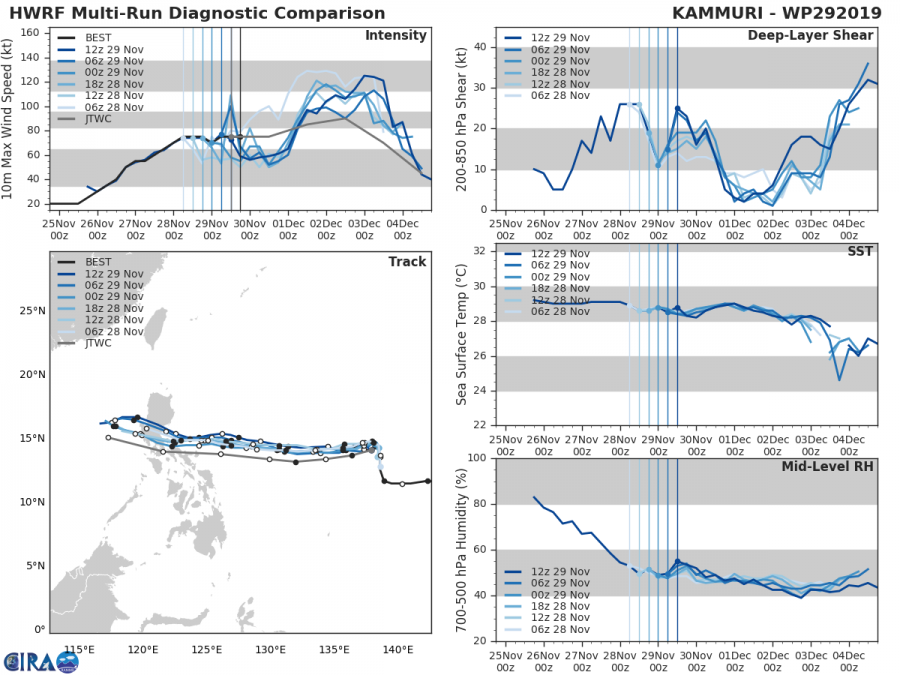 Typhoon #Kammuri is headed directly for the Philippines after the weekend, potentially as a super typhoon, just as the SEA Games kick off.

Devastating wind speeds over 150mph are possible upon landfall, alongside over 400mm of rainfall in places. pic.twitter.com/ArNpakdmeq