Likely a devastating landfall of Severe Tropical Cyclone #Damien has occurred in the last hours, potentially as a Category 4 system. Although the official 00 UTC update held it at 95 knots, Dvorak estimates were solid at 105-110 knots during the last 3 hours prior to landfall near Dampier and Karratha, Western Australia. Damien is delivering violent and destructive winds with gusts above 200 km/h, torrential rains with flooding and major storm surge on the coast. It will now weaken while drifting inland into Western Australia.

Karratha airport reported 957.5 mbar pressure in the eye of the cyclone, while the winds within the eyewall were reported at 80 knots, gusting to 100 knots! 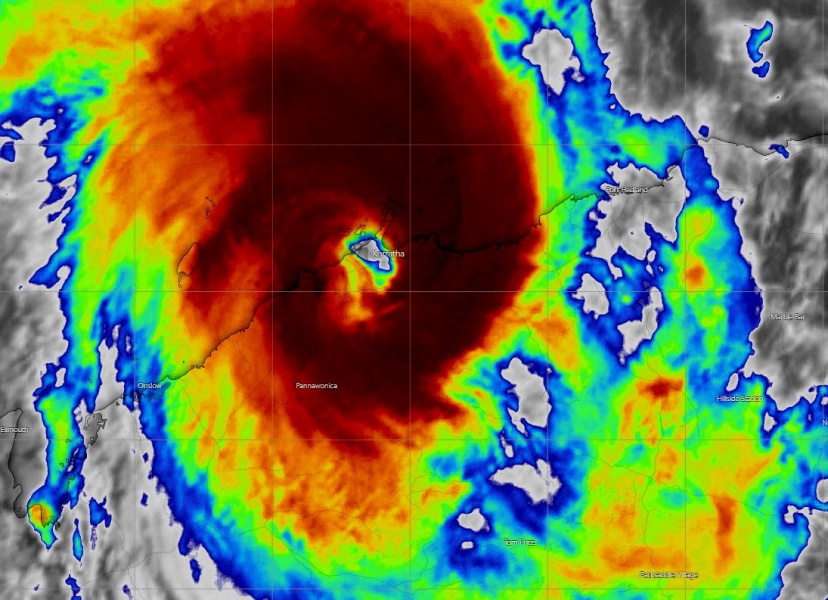 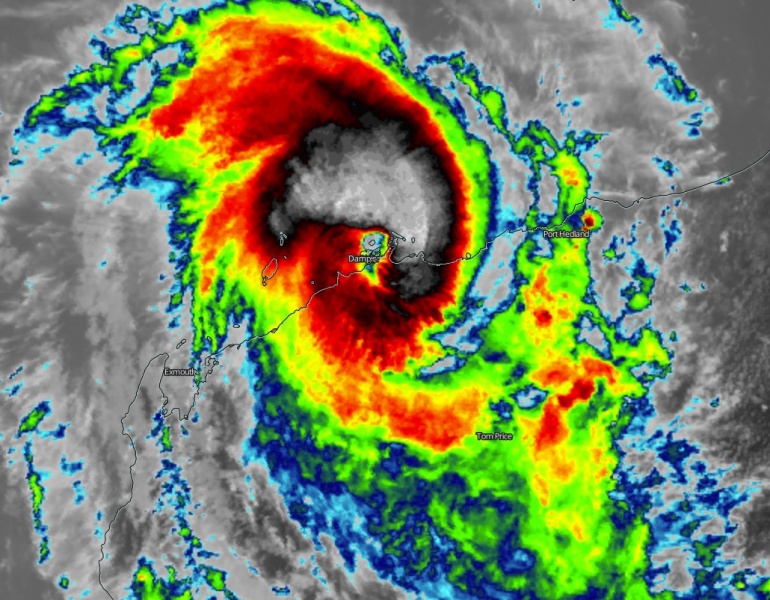 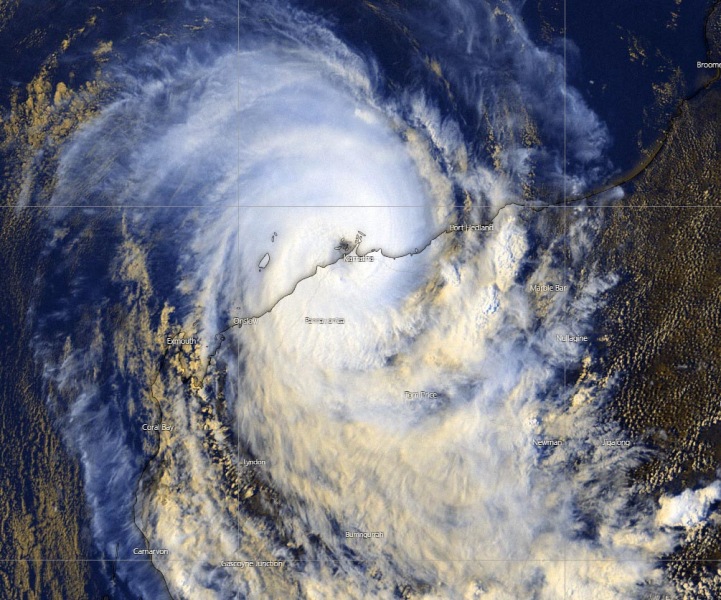 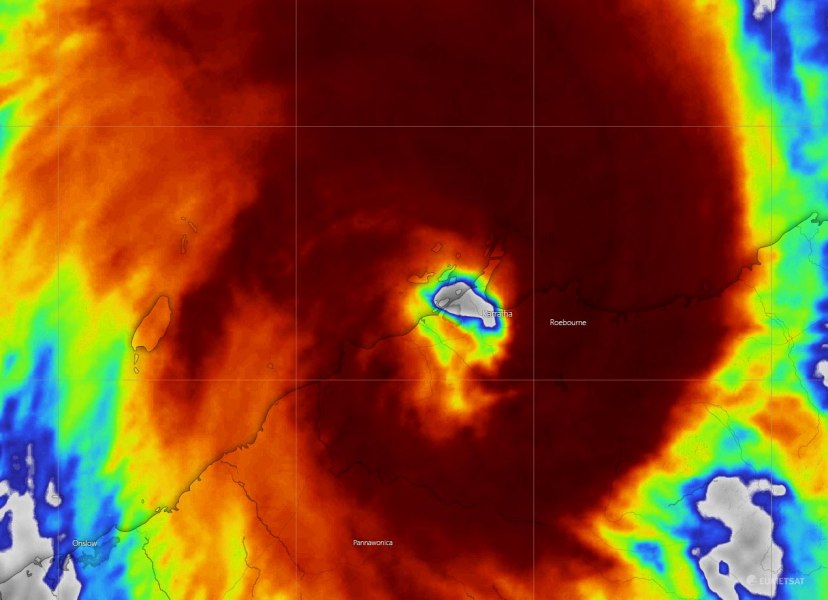 #Damien has recently made a bullseye landfall on Karratha and Dampier. While satellite imagery suggests an intensity close to Cat 4 status, surface observations "only" show a solid Category 2 storm. Karratha reported a low pressure of 956mb in the eye and maximum winds of 80kts pic.twitter.com/nPjc0vwwO9 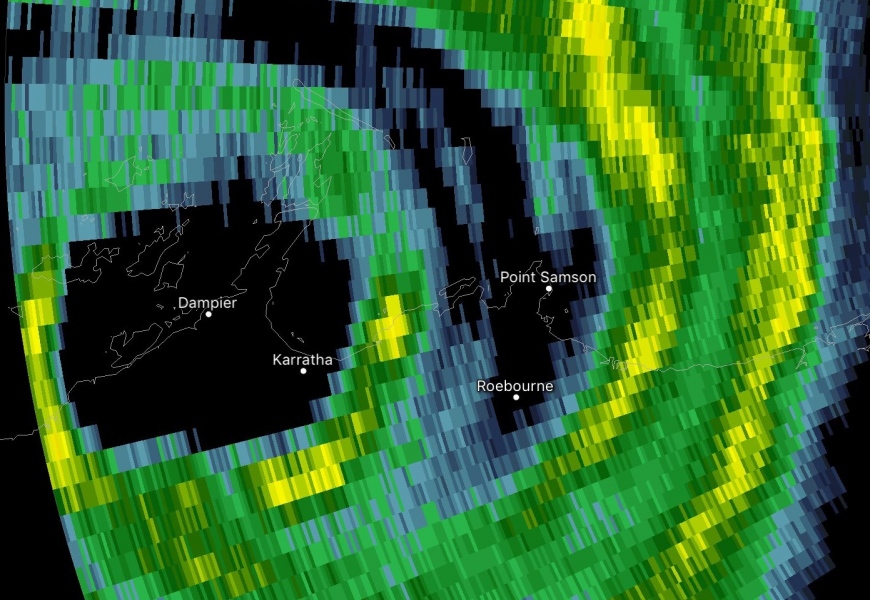 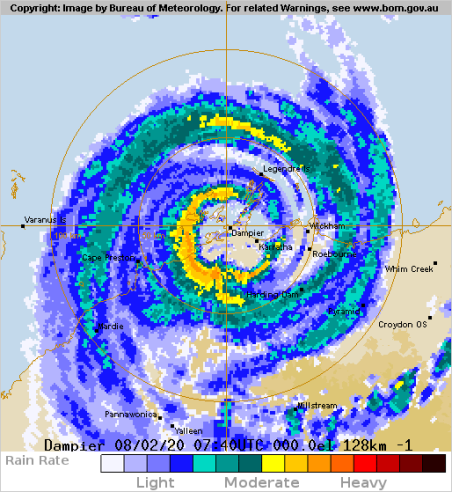 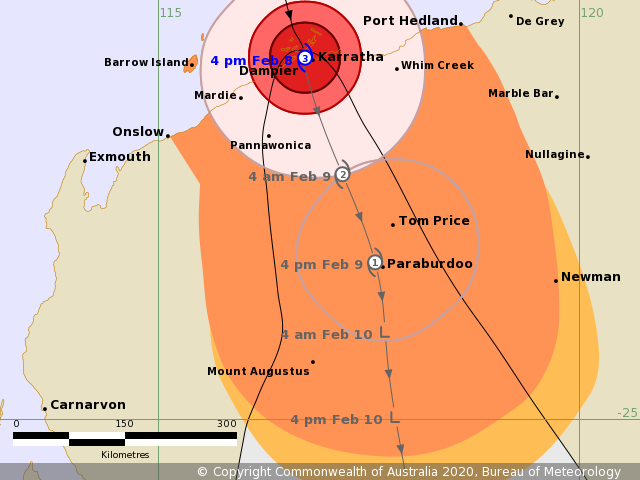