Tropical Cyclone #Damien looks a lot better organized this evening, with a large eye starting to clear out, and continuing to strengthen. Dvorak estimates give the 100 knots sustained winds, likely supporting Category 4 strength now! Landfall is expected to occur within 6 hours from this update, while the system is already battering hard the coastal areas around Karratha in Western Australia. 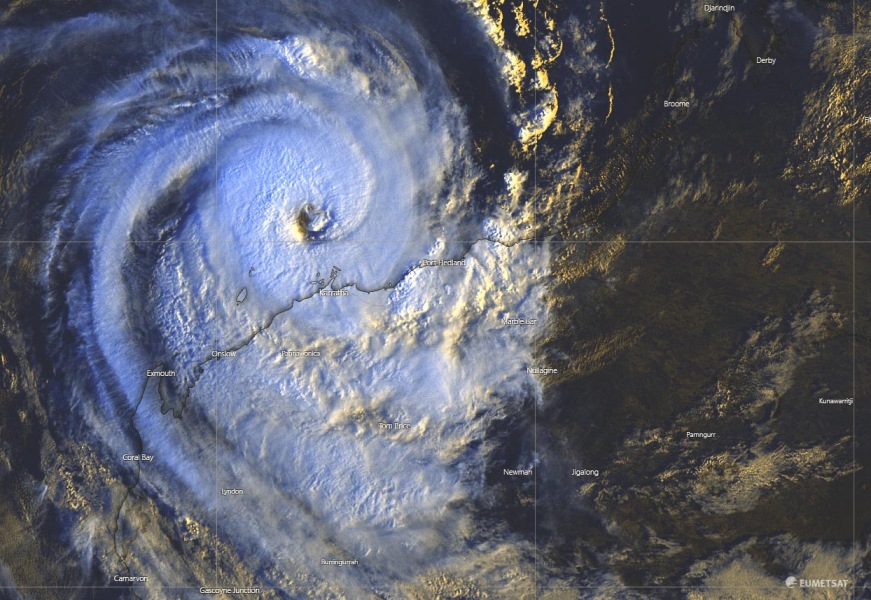 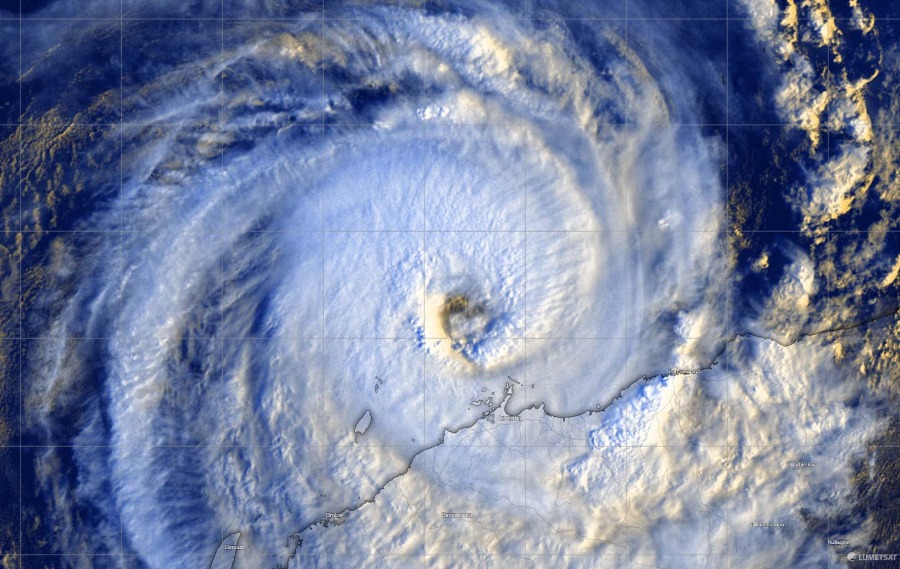 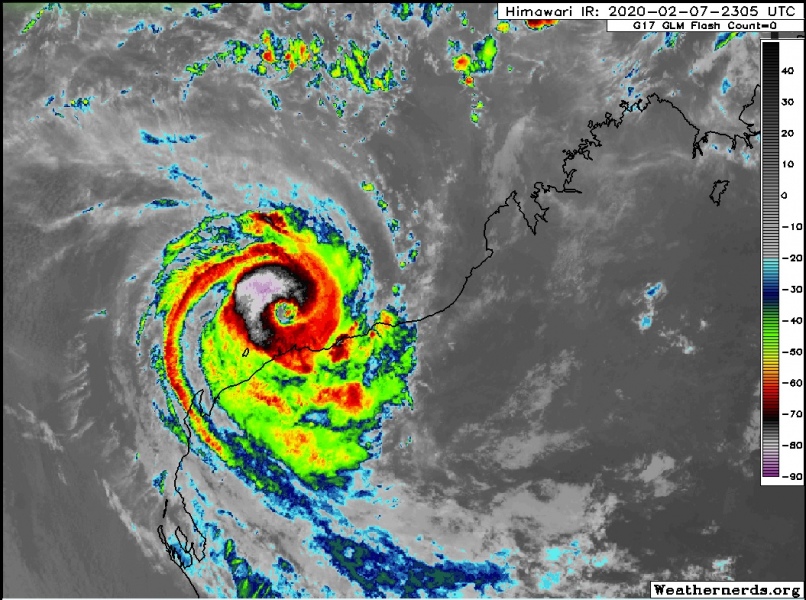 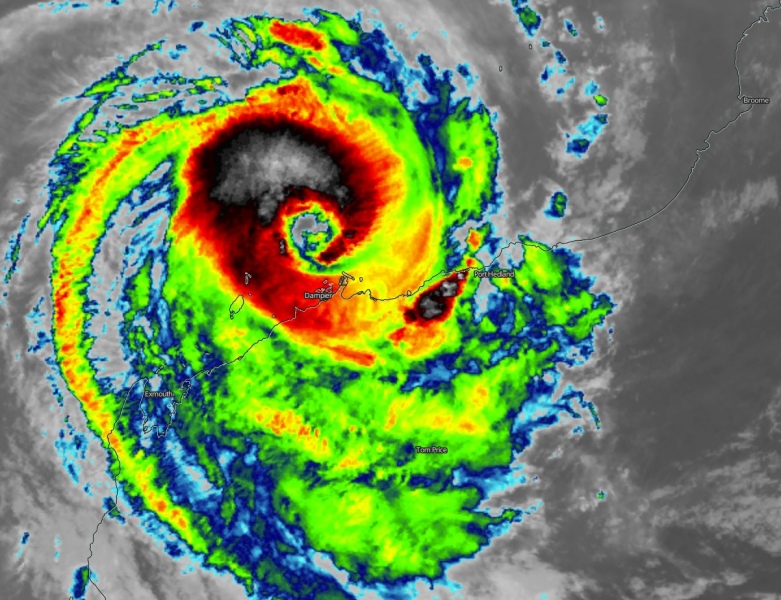 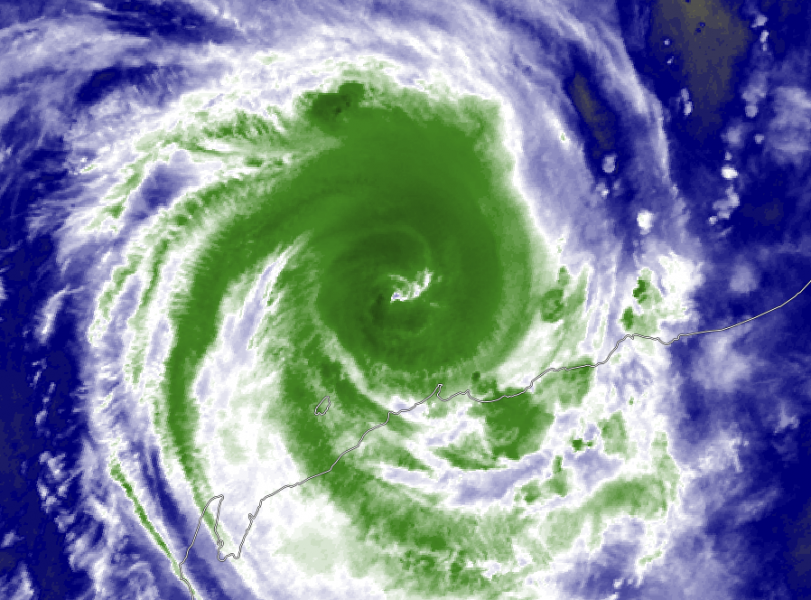 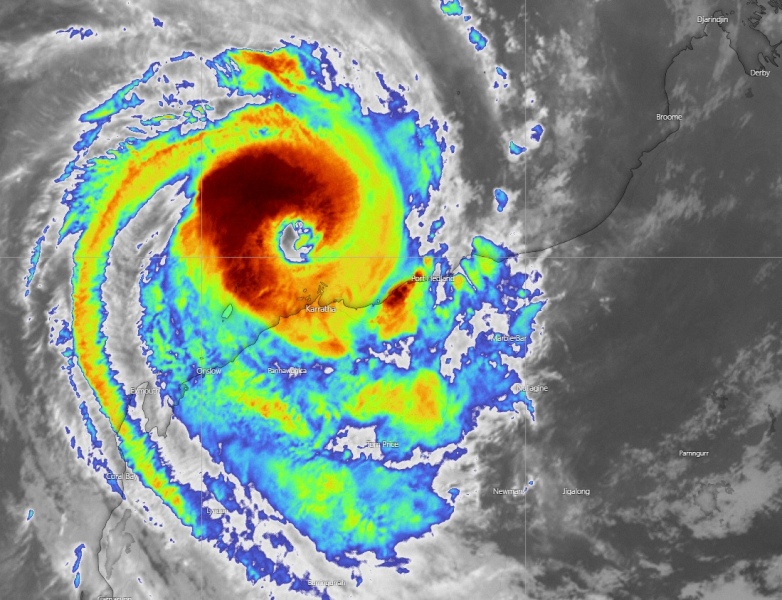 The latest IR satellite frames of TC #Damien is now showing a clearing eye. CBs around said eye is allowing the system to develop a prominent CDO which is a good sign of a nurturing environment for rapid intensification. pic.twitter.com/JV36eAl3k2

Cyclone #Damien looks a lot better organized this evening, with a large eye starting to clear out, and continuing to strengthen. Landfall will occur within 24 hours or so as the storm continues to batter Western Australia. pic.twitter.com/RmSmzqJ5Xa

A quite impressive radar imagery with the eye appearing, intense eyewall can be seen as well: 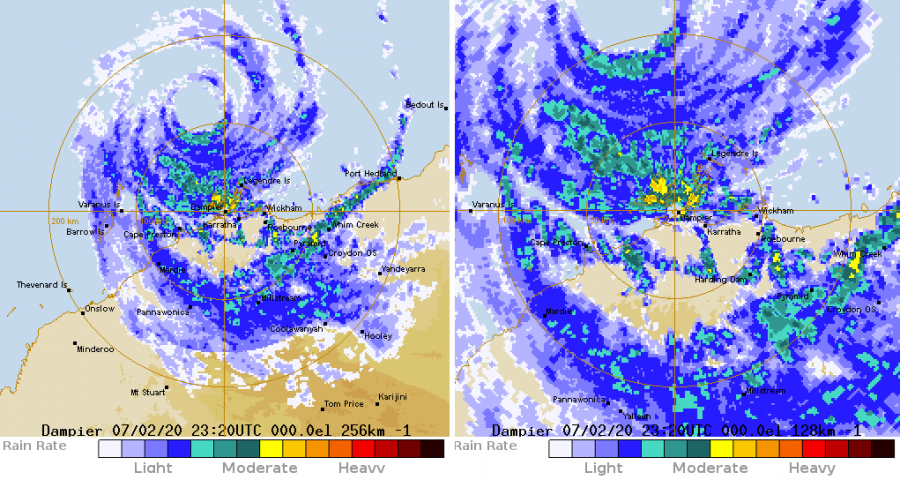 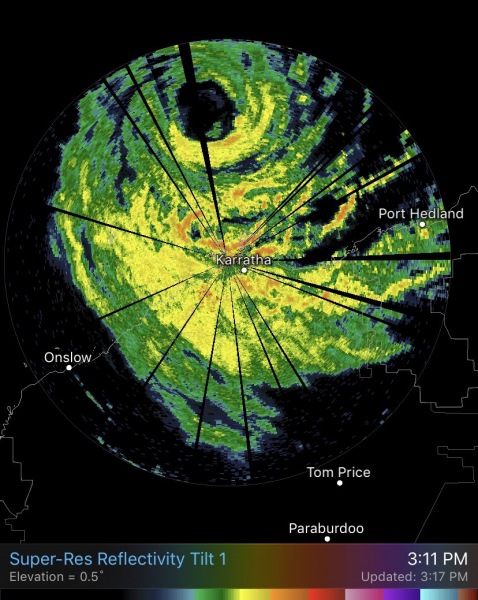 Severe Tropical #CycloneDamien is closing in on the WA coast, and is now forecast to cross near Dampier as a category 3 this afternoon.

See the latest 24 hours of radar imagery of it's progress as seen from the 256km Dampier radar here:https://t.co/B0Qr4xE7pi#tcdamien #damien pic.twitter.com/nVMeuikD0a

Advanced Dvorak Technique (ADT) analysis estimates Damien could have 100 knots (= 115 mph = 185 km/h) maximum sustained winds, with central pressure around 956 mbar! This would then put the system into a Category 4 tropical cyclone strength! That holds the final Dvorak raw T number 5.4. However, due to intense bursts of convection, the Raw T number is occasionally 5.8. Damien has an impressive wind field, the 50-knot wind radii are expanding 65-80 miles around the center, while hurricane-force 64-knot winds are expanded 30-45 miles across the NE, SE and SW quadrants already! This is a very bad sign for the coastal areas! Destructive winds and storm surge are expected soon!

Damien remains on track with the previous forecast discussion, heading for destructive landfall. Violent winds, major storm surge and intense rainfall with significant flooding threat are expected on the coast through the next 6-12 hours.