Based on the 18 UTC analysis today, May 19th, Amphan had the maximum sustained winds of 100 knots (115 mph = 185 km/h) and the minimum central pressure around 950 mbar. It remains a very powerful Category 3 cyclone!

ANALYSIS with RADAR and SATELLITE IMAGERY

The intense eyewall is already visible on the radar scans of Paradeep radar in West Bengal state. Huge rain bands are already dumping a lot of rain int the coastal areas. 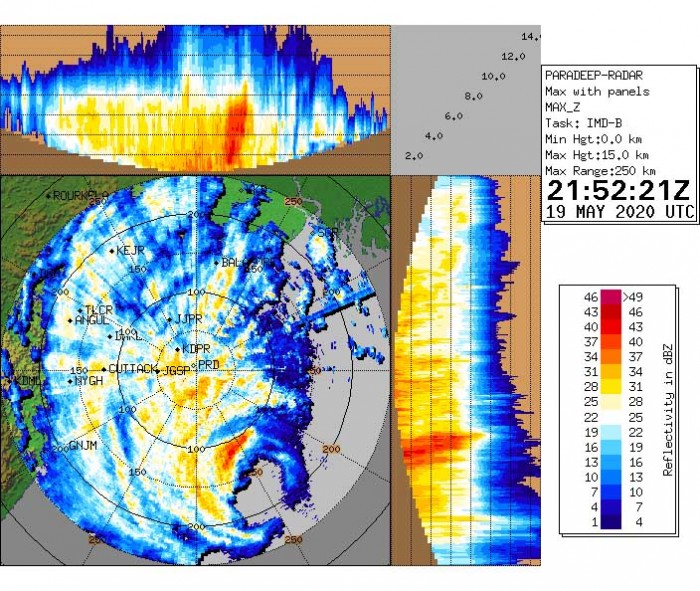 Satellite presentation of Amphan remains very impressive! The cyclone is very large and compact, the cloud density overcast (COD) is huge! Fully open upper-level ventilation is helping the storm to remain very strong. Infrared imagery indicates the convection is extremely deep, occasionally even bursting very high. Cloud tops are reaching 85-90 °C below zero in the most intense towers – that is quite remarkable! 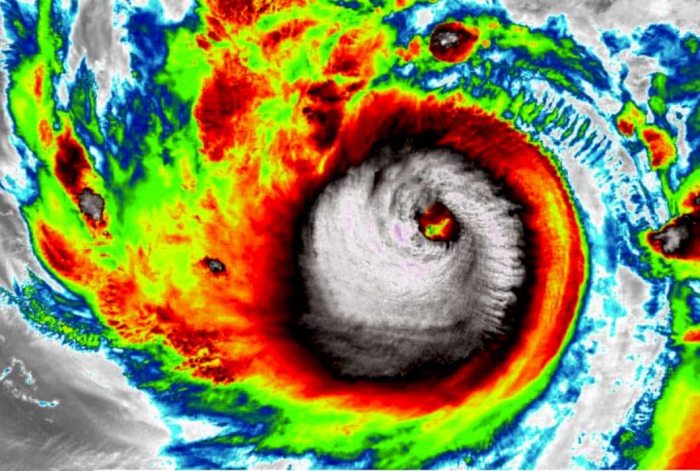 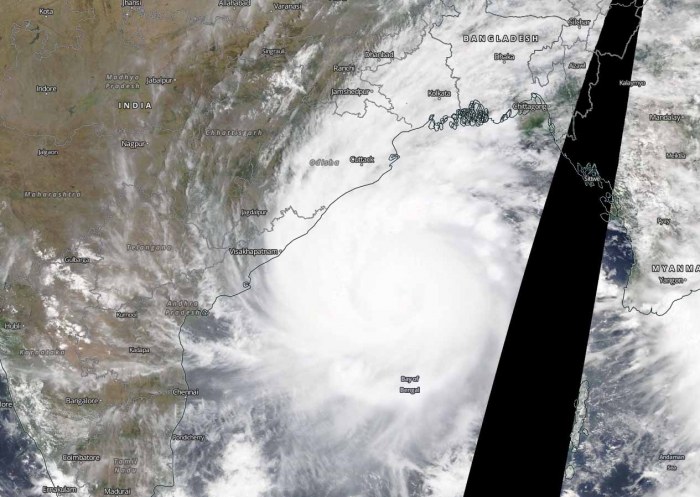 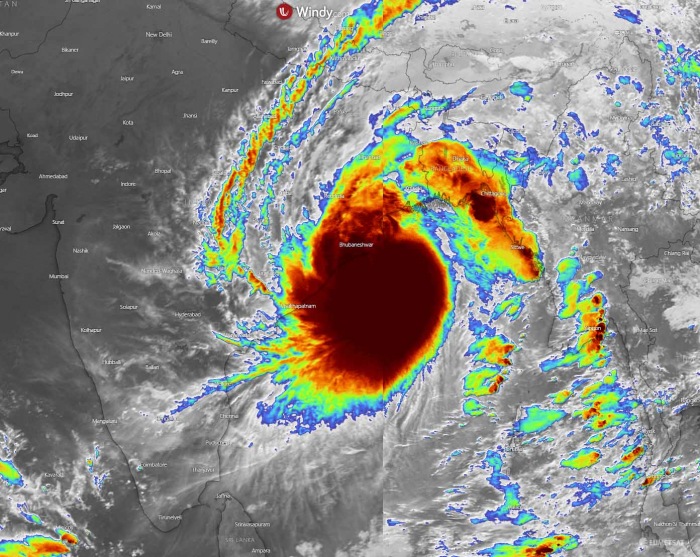 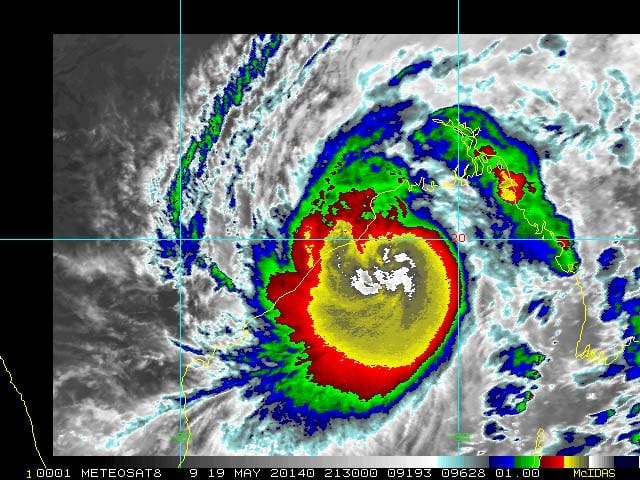 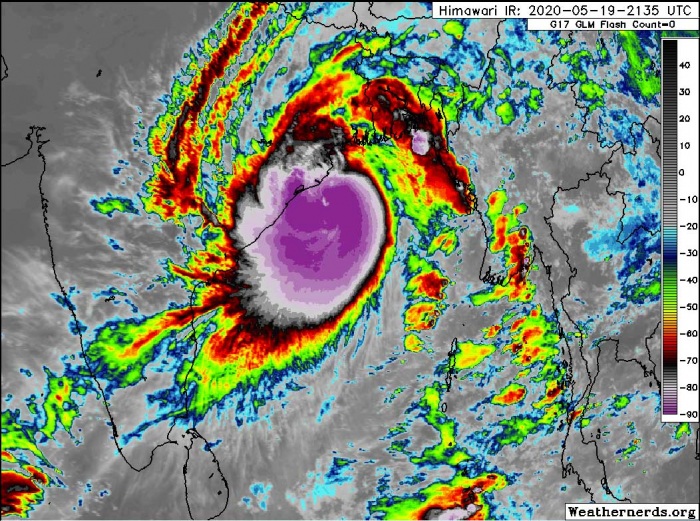 According to the Joint Typhoon Warning Center, Cyclone #amphan appears to be holding its own as it nears landfall in West Bengal, south of Kolkata on Weds. Storm forecast to strike land as a Cat. 2 storm, but with a storm surge of a more powerful system. https://t.co/C0QC1jvDAW pic.twitter.com/oXpLI4qc3w

Amphan is now the strongest cyclone ever recorded in the Bay of Bengal, passing the 1999 Odisha cyclone (260kph).

Amphan is a potential catastrophic disaster for West Bengal, Bangladesh, and Burma. pic.twitter.com/teLYuC1FyA

Although Amphan has reached its peak yesterday (Monday) as a Category 5 storm, it remains a very powerful system due to its size and intense eyewall around the eye. The latest Dvorak estimates analysis confirms 90-100 knots of sustained winds. There is a 30-55 miles radius of hurricane-force (64-knot) winds extending across the NE and SE quadrants. These are the front end quadrants which suggest the storm surge power will be intense over the coming 24 hours! The 50-knot winds are extending 80-105 miles off the center. And already grazing the West Bengal state (India) now. Expected to increase significantly once the storm’s center moves further north.

The landfall will likely be near the Sundarbans in West Bengal on Wednesday afternoon or evening. Amphan now starts curving slightly more towards the north-northeast. Its center will pass very near Kolkata about 3-6 hours after the landfall. The pass will be violent!

A huge amount of rainfall is expected with the intense storms in the eyewall. Flooding, storm surge, and destructive winds are likely.

The West Bengal state of India and southern Bangladesh will be severely affected by this cyclone. A wide swath of severe damaging winds will spread into the coastal areas, partly also into the Kolkata city area. Major storm surge and flooding are expected across the coastal areas – stay alert!