In response to a strong warm advection ongoing along the northern flank of the west-central Europe ridge, dry foehn effect warming occurred over the west Norwegian fjords. Several stations reported around the mid 10s peak afternoon temperatures. The station Sunndalsøra which set a new national record on January 2nd has reached another very high temperature, +16.9 °C this afternoon.

As we remember, the weather station in Sunndalsøra set a new Norwegian record on 2 January with +19.0 °C. This afternoon, the same station has reached 16.9 °C, resulting from dry winds from the mountains into the valley/fjord. A new record has also been set for Trøndelag region, station Rissa hit +14.0 °C, breaking up the previous record of +13.8 °C observed in Vinjeøra in 1971. +13.5 °C has been recorded in Skjetlein near Trondheim – this ties the highest ever January temperature in Trondheim.

Some other high January values today: 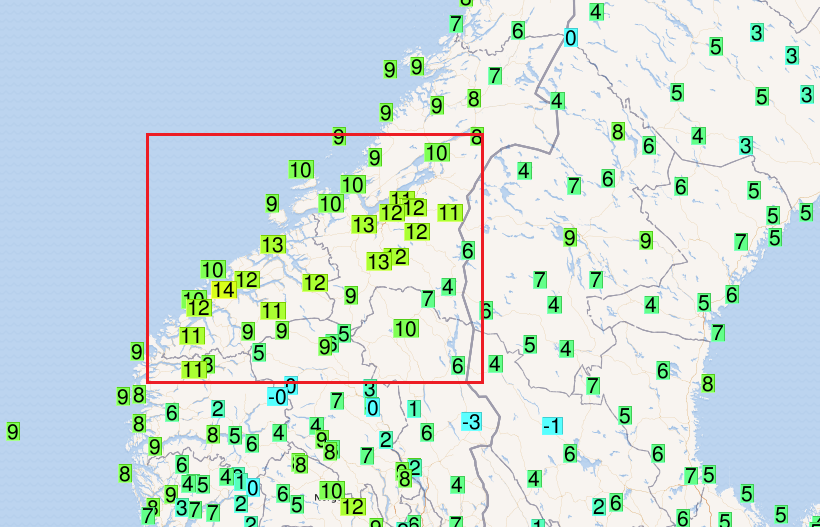 The next 12 hours will also be very warm over the Baltic region and southern Scandinavia, as strong warm advection is spread from the west. Between an extensive upper-level ridge and the deep cyclone to the north, strong westerly flow brings 12-16 °C warmer air mass through the lowest levels tonight: 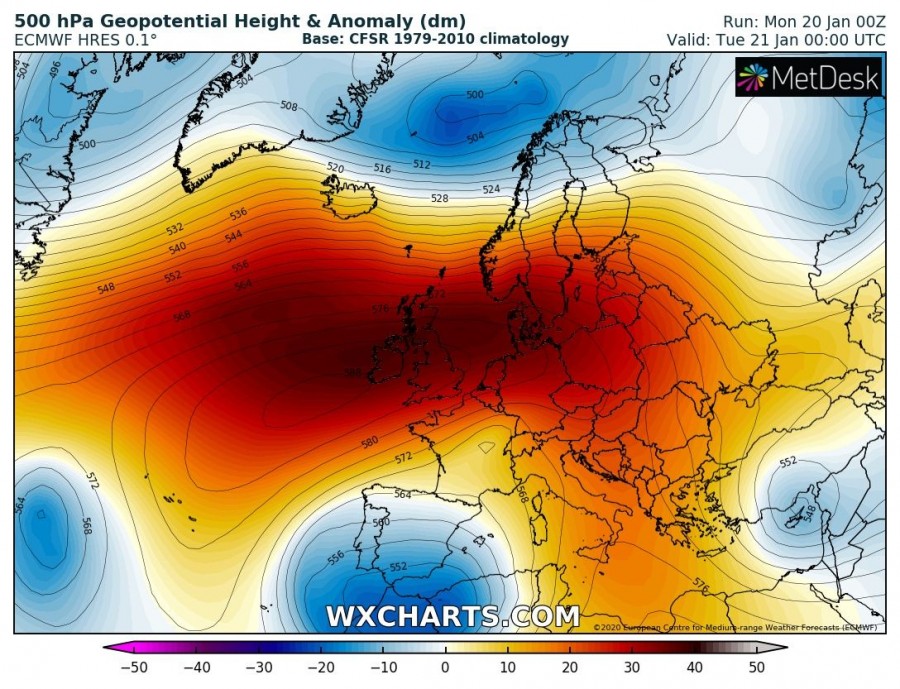 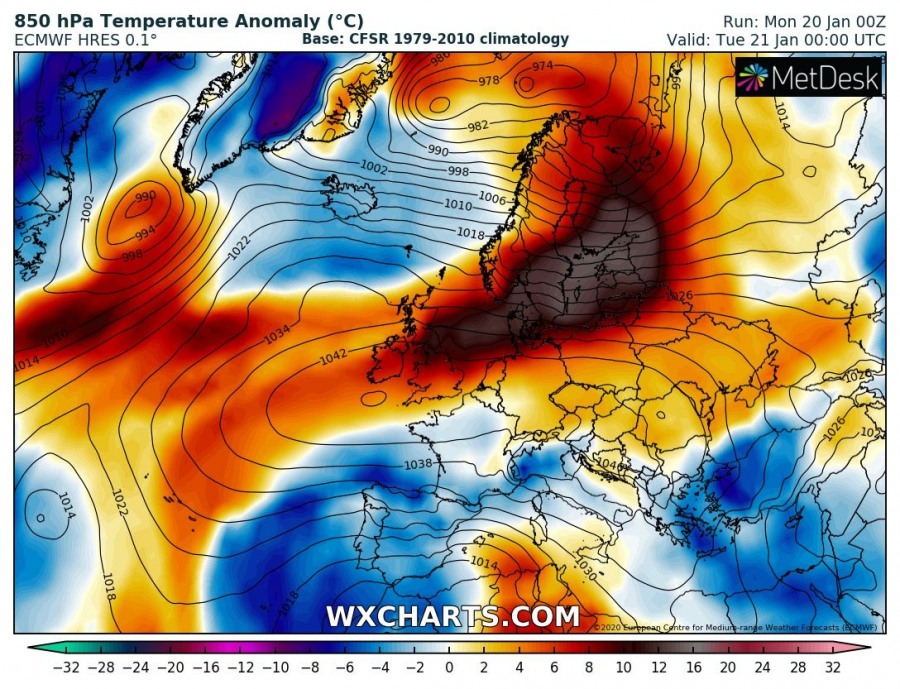 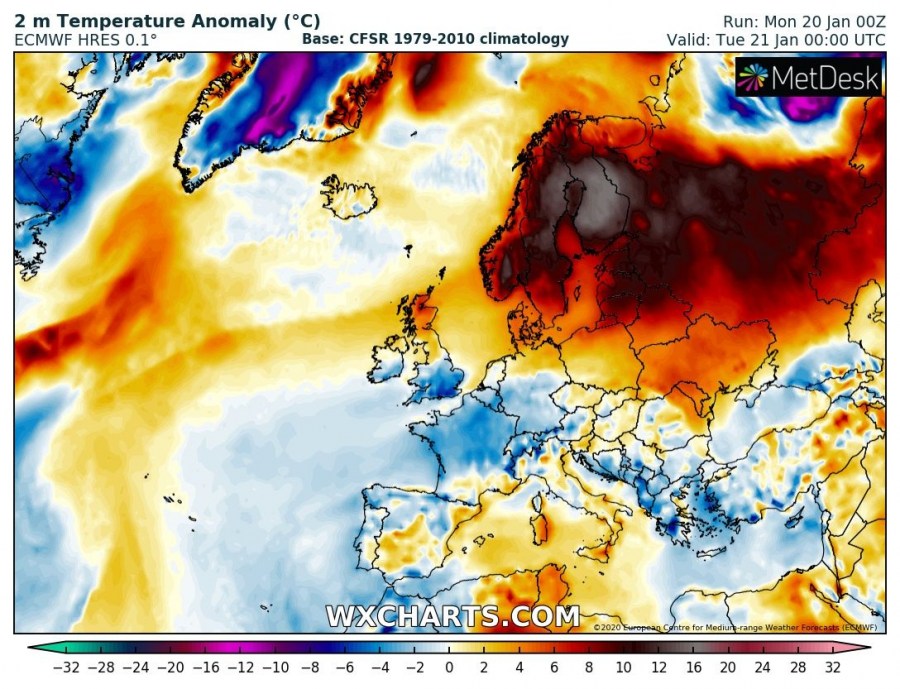 Close-up view of an impressive temperature anomaly across Scandinavia and Baltic region tonight – 12 to 16 °C warmer air mass is spread across the region: 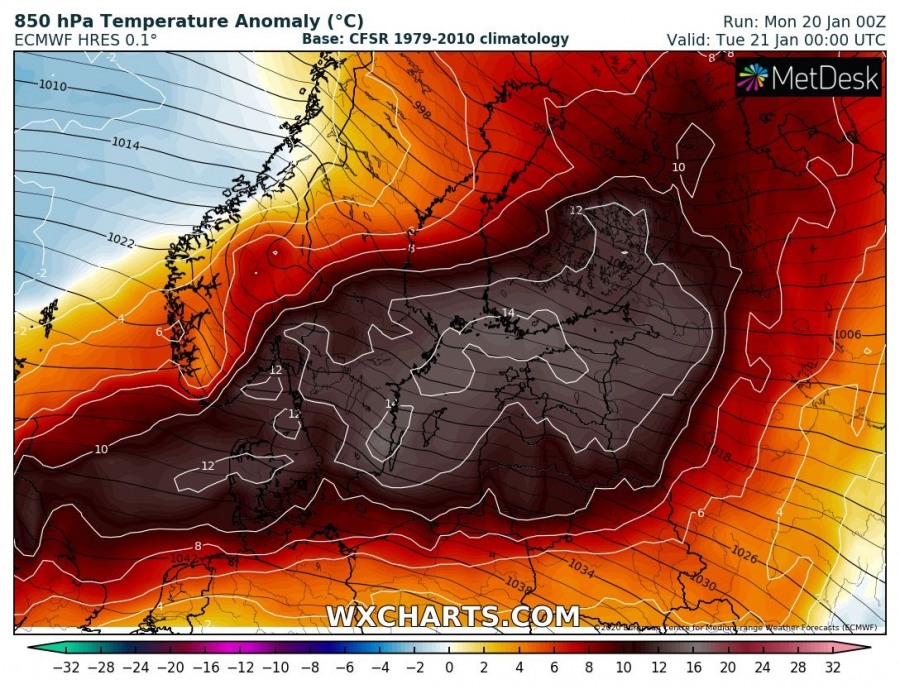 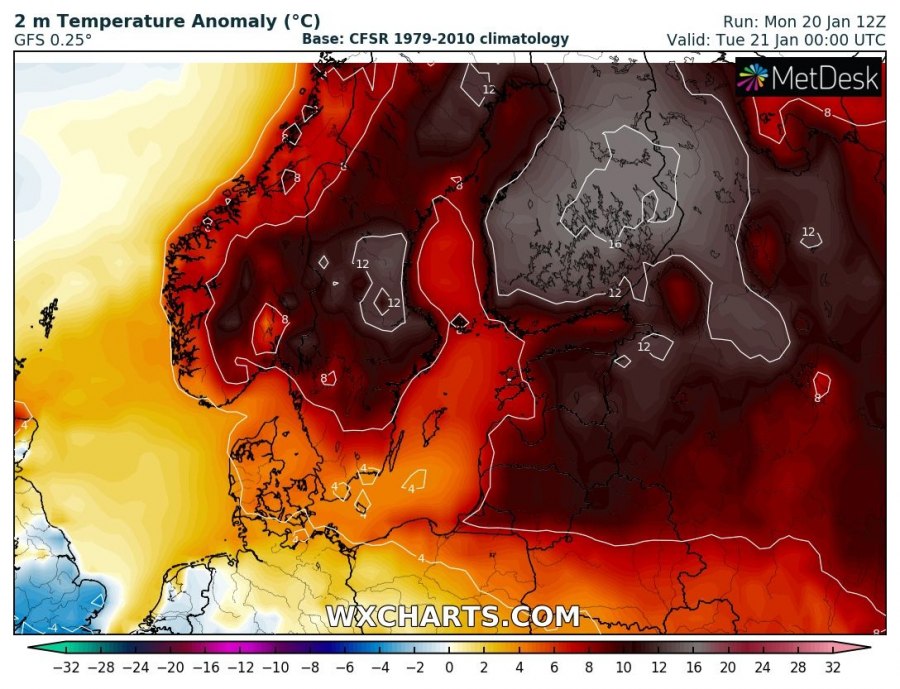 High winter night temperatures are likely across the whole region and especially across south-central Sweden and Finland – as high as +8 °C in some areas through the middle of the night: 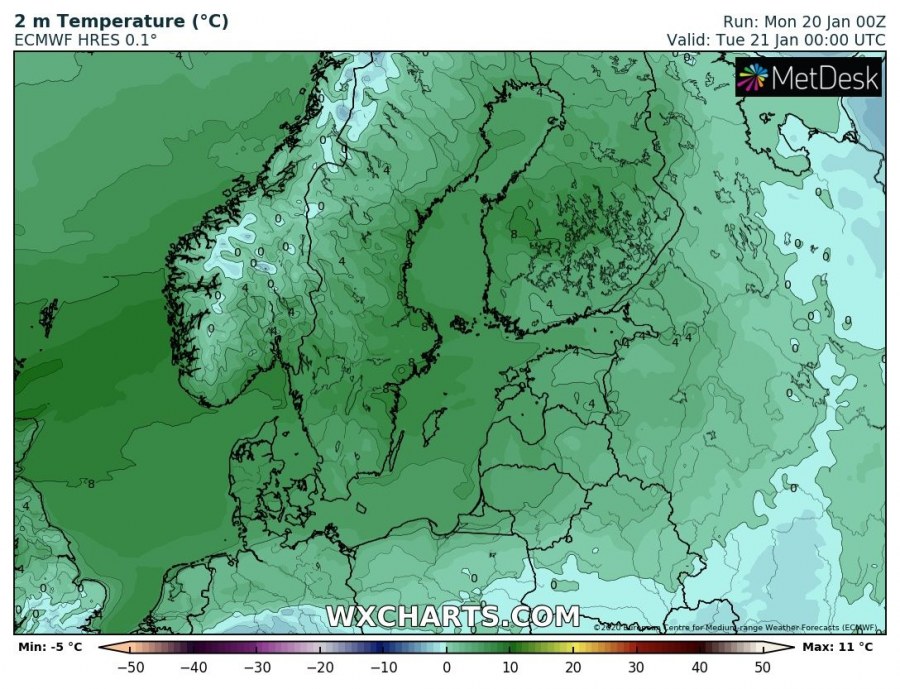