The overall global pattern across the Northern Hemisphere continues as very dynamic also trough January and numerous cyclone, even intense ones, are forming over both oceans, the North Atlantic and North Pacific. Today, there are two cyclones simultaneously ongoing between Asian and North American continents – twins and connected to each other! They’re heading towards NW US and SW Canada tonight – should bring severe winds and major waves into the coastal areas.

A similar event occurred over the North Atlantic at the end of December, on a Christmas day:

Let’s take a look over some details on these two frontal systems. Here is the North Pacific surface analysis early this morning, Jan 20th 06 UTC. Both systems are visible, the western one being larger and deeper while the eastern cyclone has more textbook structure. Both systems are actually connected with the front, as we can see the cold front from the right one is becoming a warm front on the left cyclone after it passes 155W longitude. 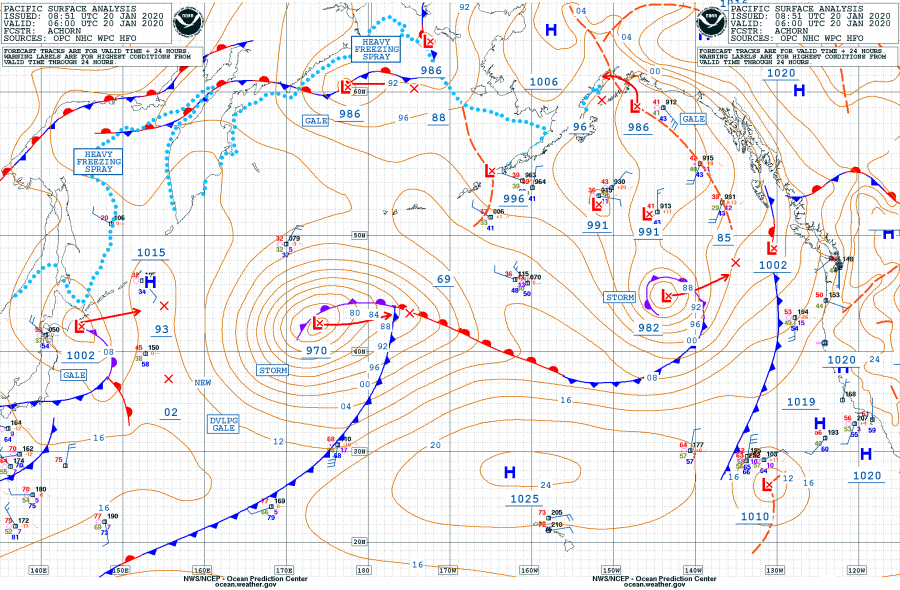 Some exceptional imagery can be seen on the satellites, attached are various channels. Notice how cyclones are working in tandem, connected with each other with the frontal boundary in between. 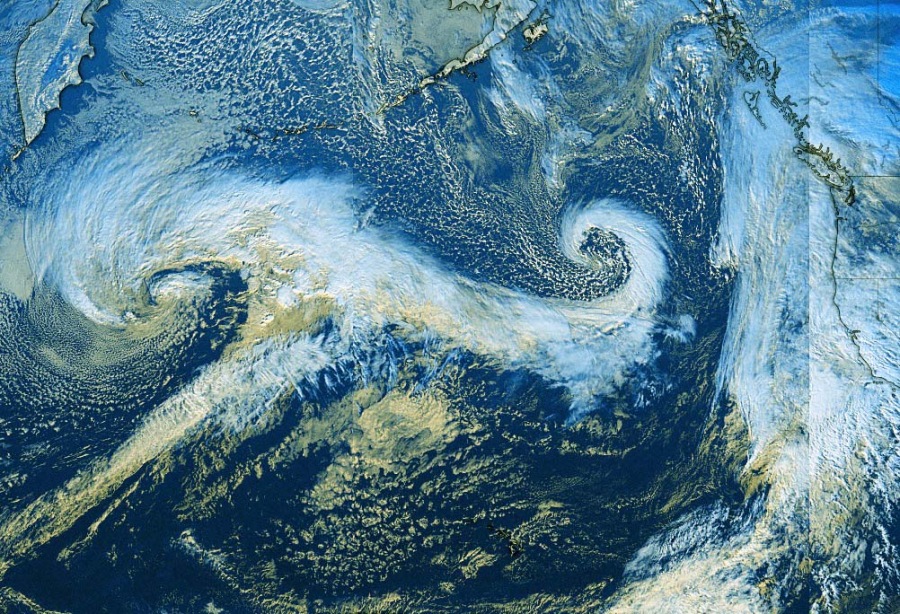 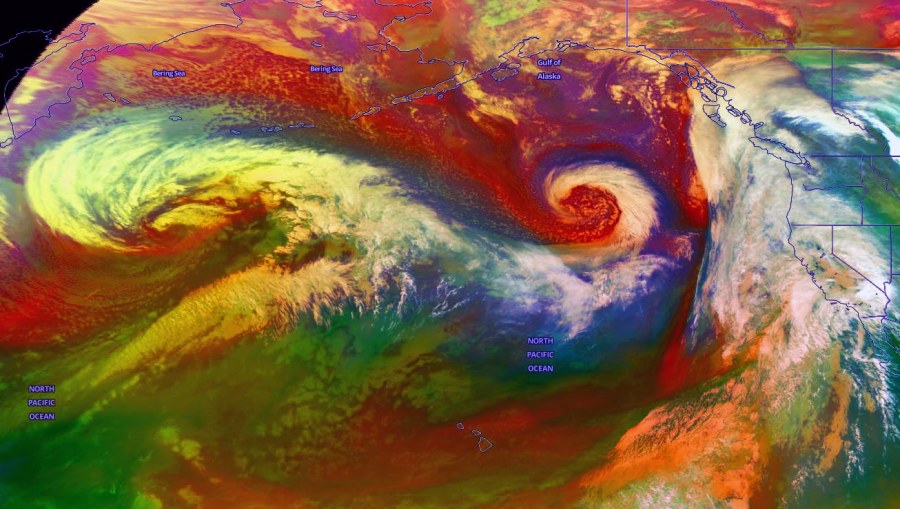 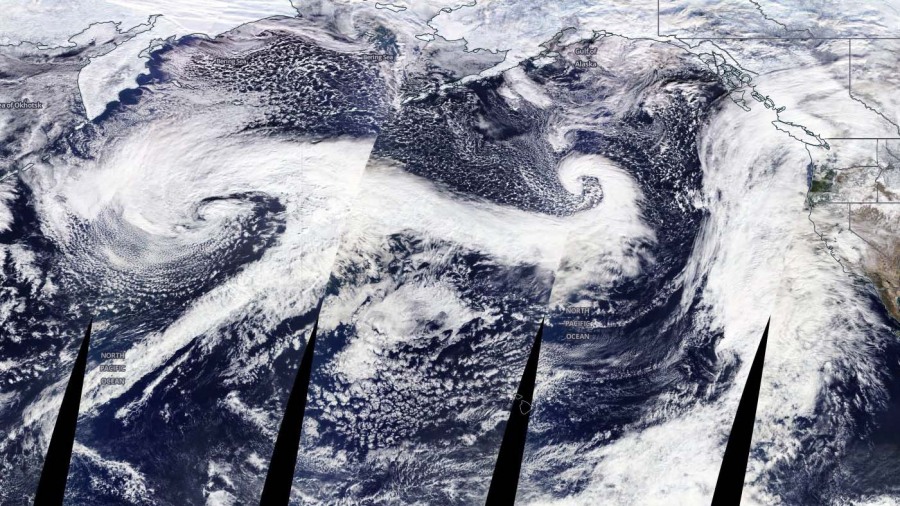 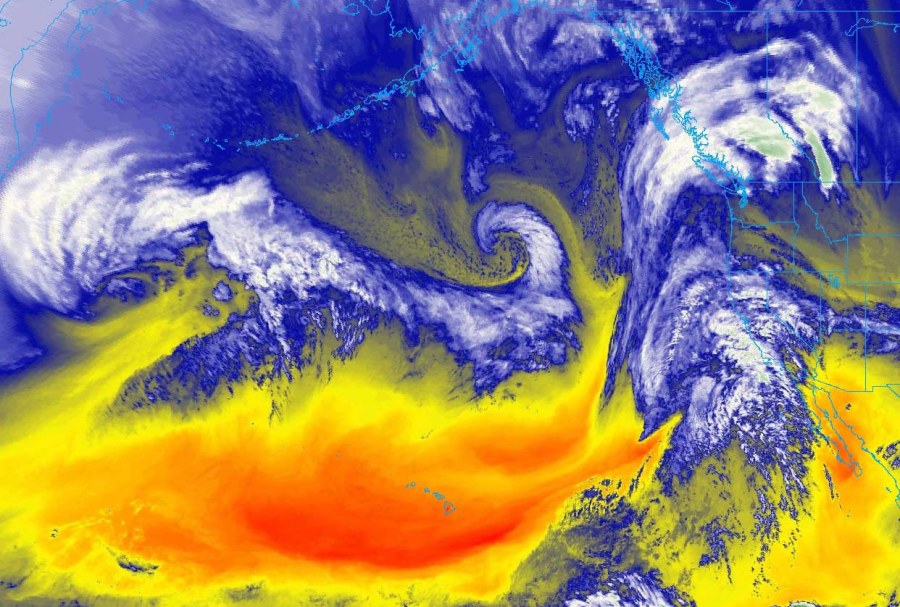 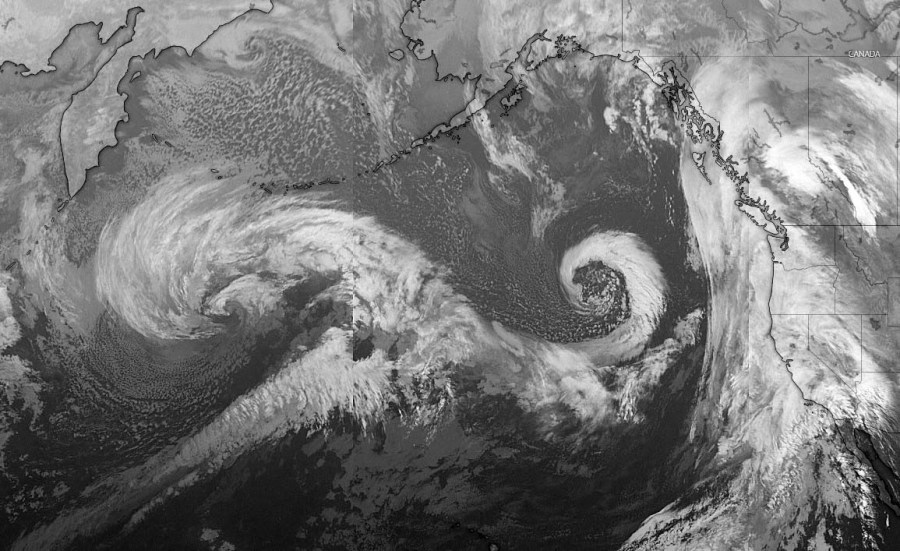 Zoomed-in views of both systems, perfect cyclonic shape of the eastern cyclone with strong dry intrusion wrapping into the core: 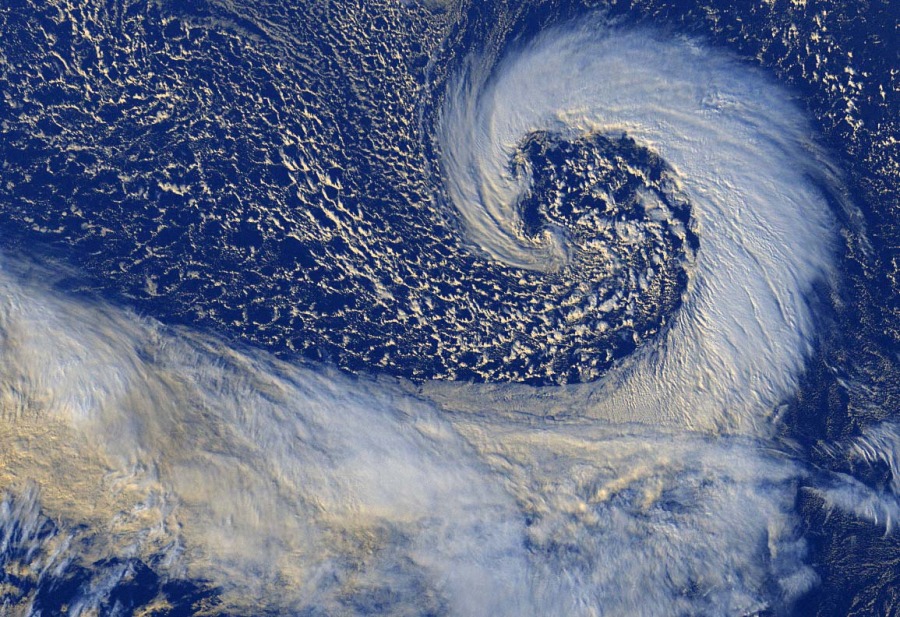 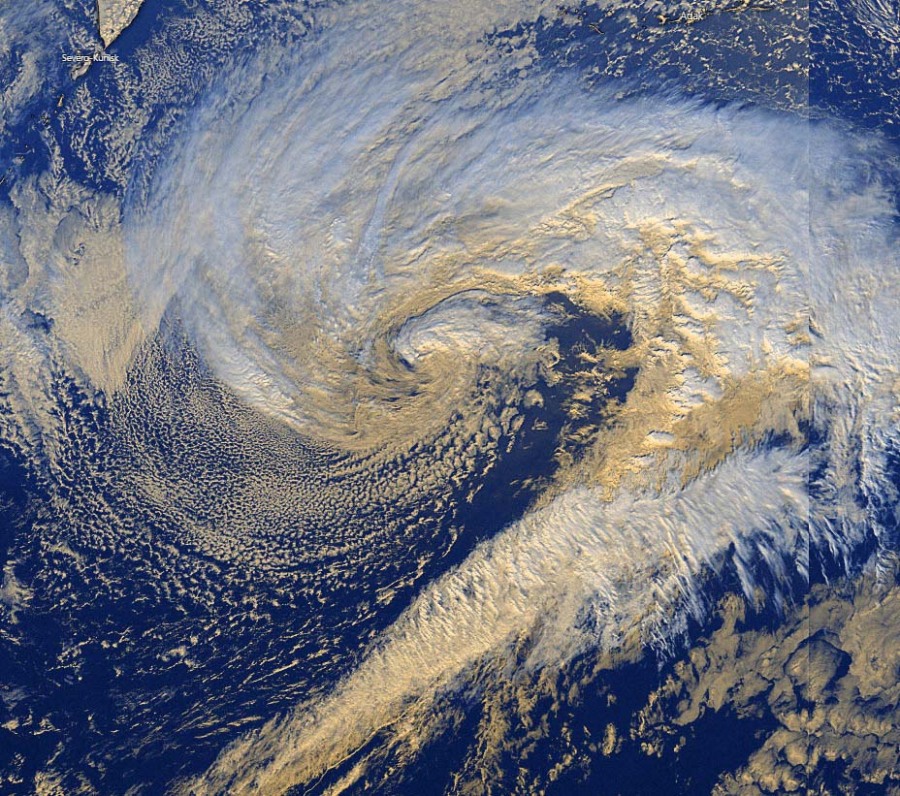 Both cyclones are moving towards NW US and W Canada, located to the north of the central Pacific ridge. They will be maintaining its strength today and the eastern cyclone is expected near the SW Canada coast tomorrow morning, Jan 21st. 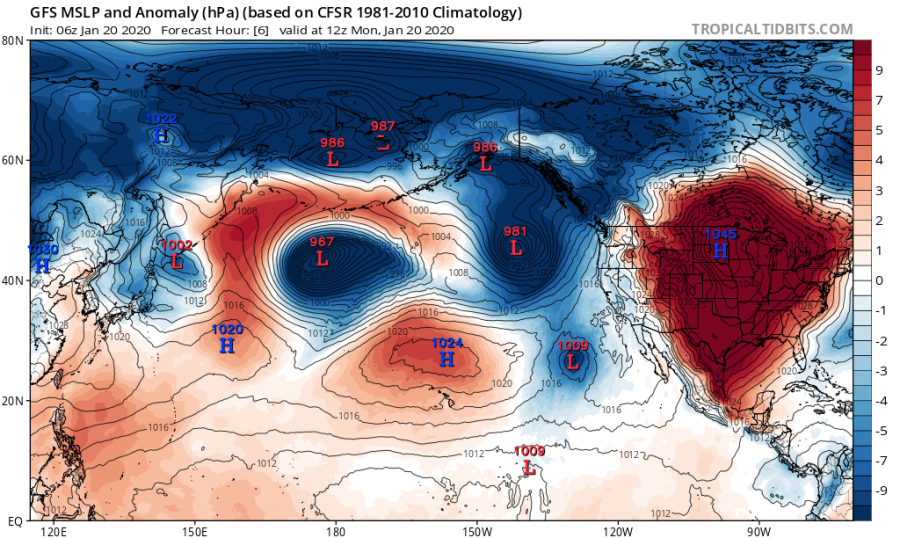 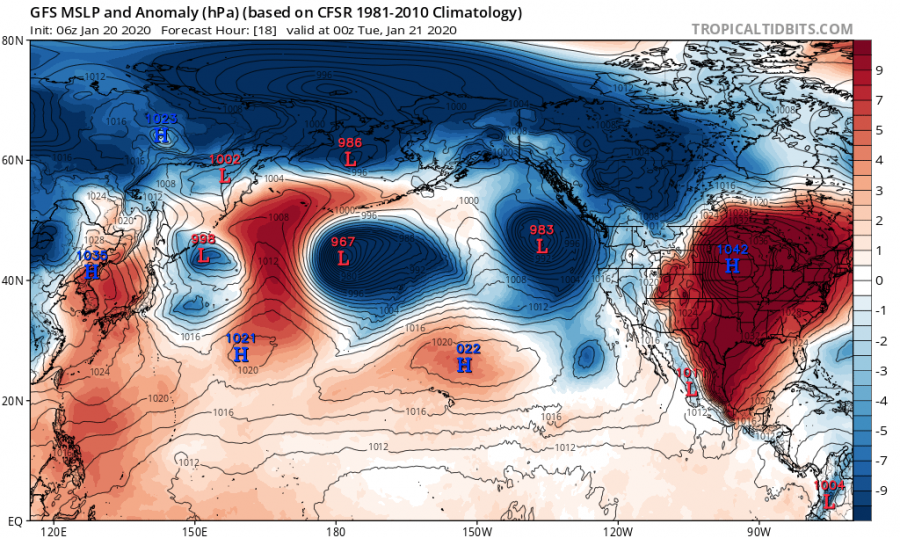 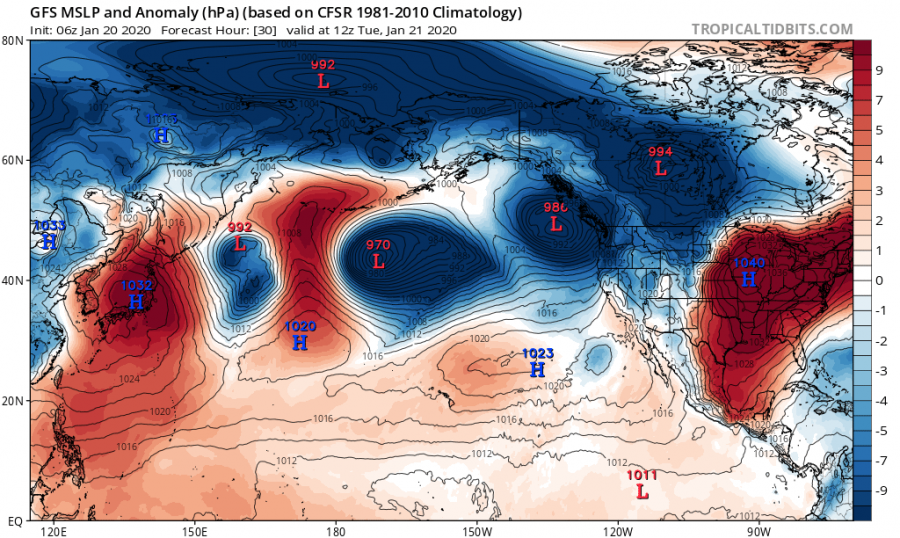 Strong wind fields are related with the systems, expected to deliver severe winds and major waves into the NW North American coastal areas: 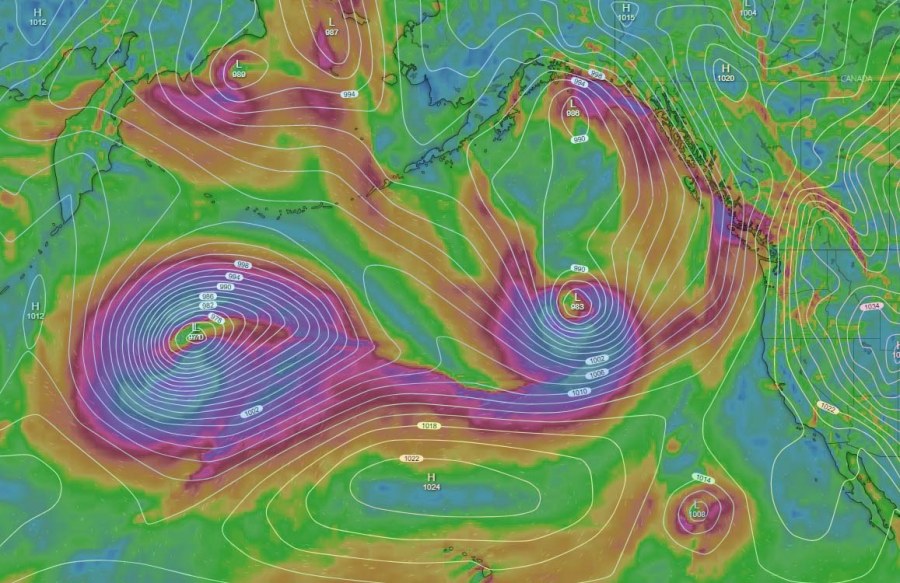 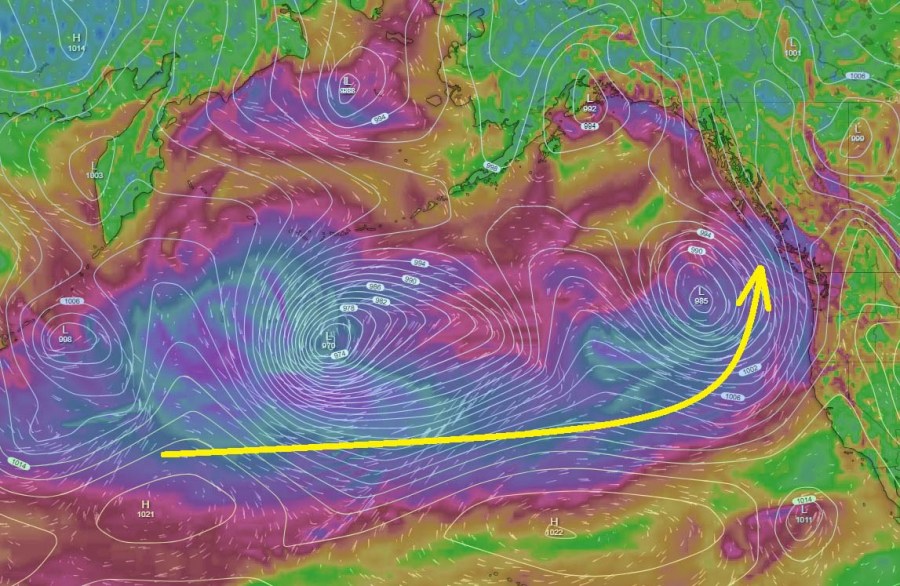 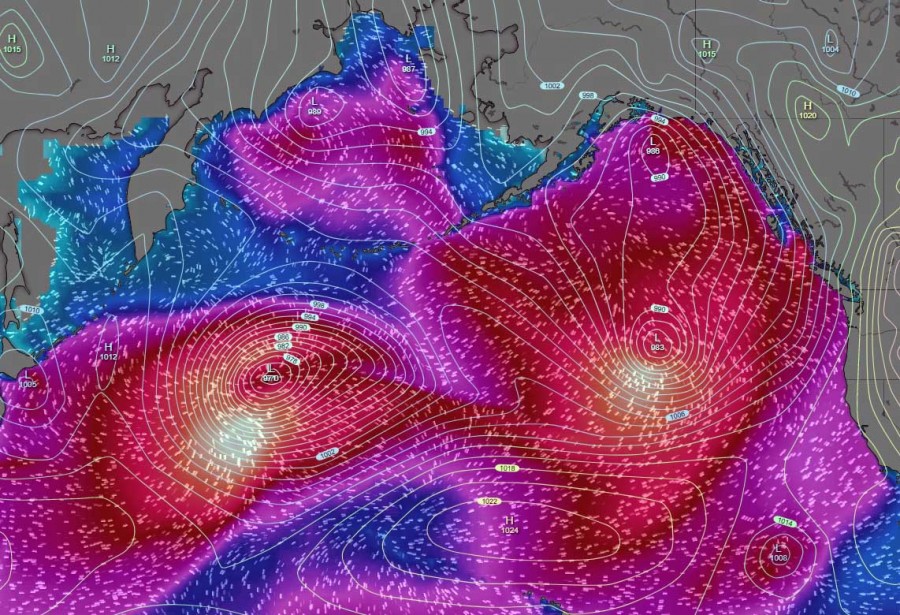 Based on the global models GFS and ECMWF, there are more deep cyclones expected to travel across the North Pacific later this week – we are monitoring the evolution and will keep you updated. 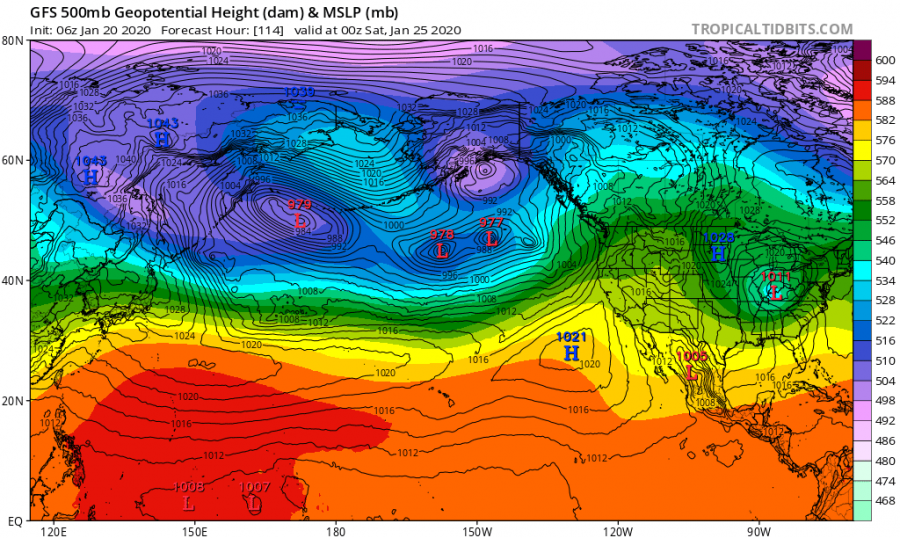 See also – twins in the Noth Atlantic on the Christmas day:

Here is our first weather outlook for Spring 2020 – what can we expect globally?