The unusual extreme warmth developing over Scandinavia we have discussed last days, has lead into record-breaking temperatures in some areas. The official report of 19.0 degrees Celsius in the town Sunndalsøra is the highest temperature ever measured in Norway and Scandinavia itself, in January or any winter month! The previous Norwegian record of 17.9 °C was measured in Tafjord in 1989.

First, a new heat record was seen in the towns Åndalsnes in Møre og Romsdal with 18.6 °C this morning, Thursday, Jan 2nd. But then the town Sunndalsøra reported even higher temperatures and beat those records later in the morning. A full 19.0 degrees C was recorded! 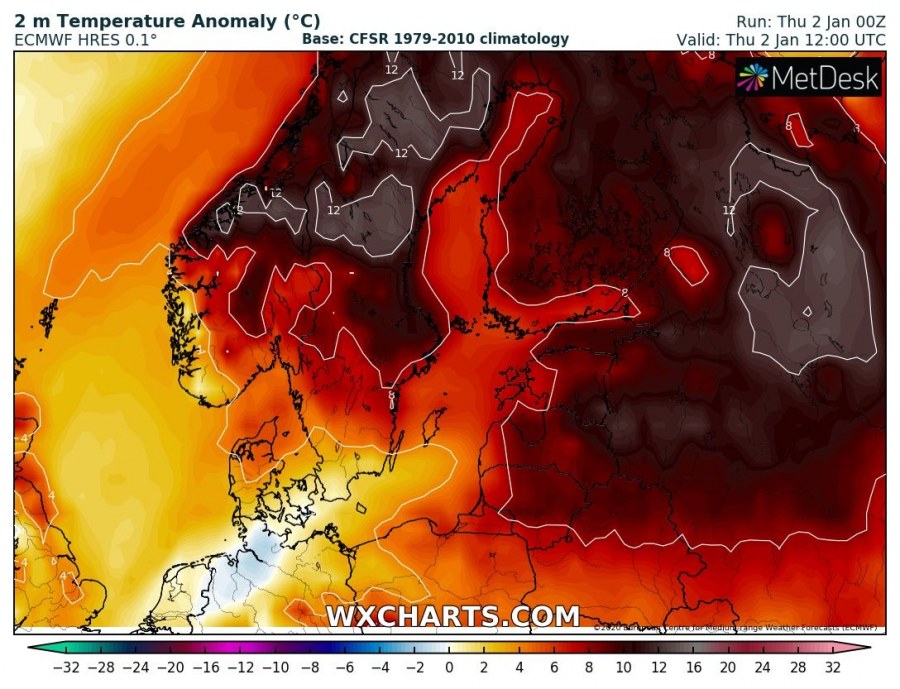 Some other extremely high values today: 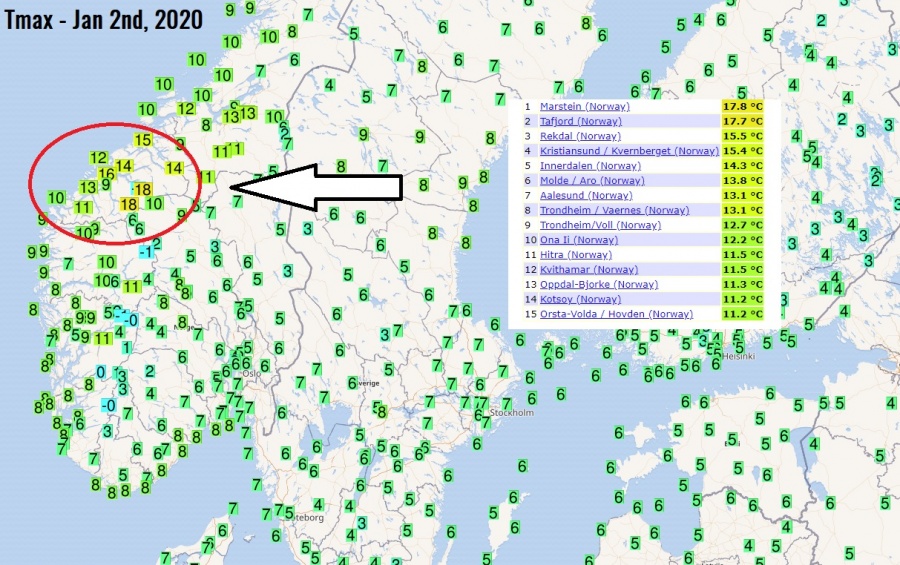