After three consecutive days of the remarkably high temperatures – even setting new all-time records in some regions, the peak of the event has occurred today. The Peak with the capital ‘P’ to be honest. Again, eastern Spain has experienced the highest temperatures – Valencia airport hit +29.6 °C and set a new all-time February record, Javea / Xabia hit +28.9 °C while the city of Alicante hit +28.6 °C! 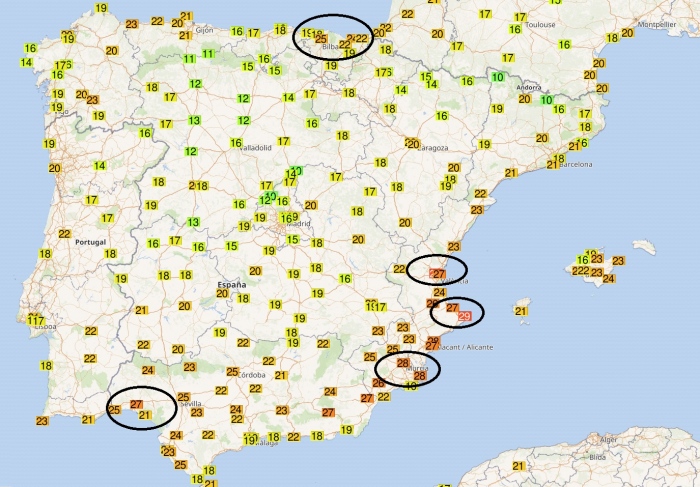 As mentioned above, the weather station at the Valencia airport has hit the new all-time February record for this location: +29.6 °C soon after 3pm local time today! This breaks the previous record of +29.4 °C taken on Feb 28th, 1990. 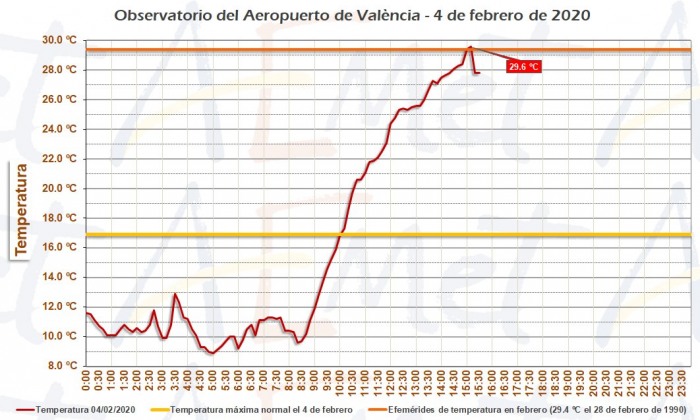 The official station in the city of Alicante has hit +28.6 °C which is the 5th highest winter temperature ever recorded at this location since 1859! Back in 1910, Alicante reported a hot day; +30.0 °C! 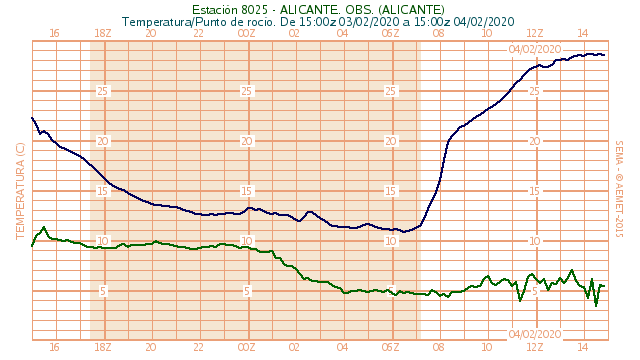 Here are some other stations with very high maximum temperatures today: 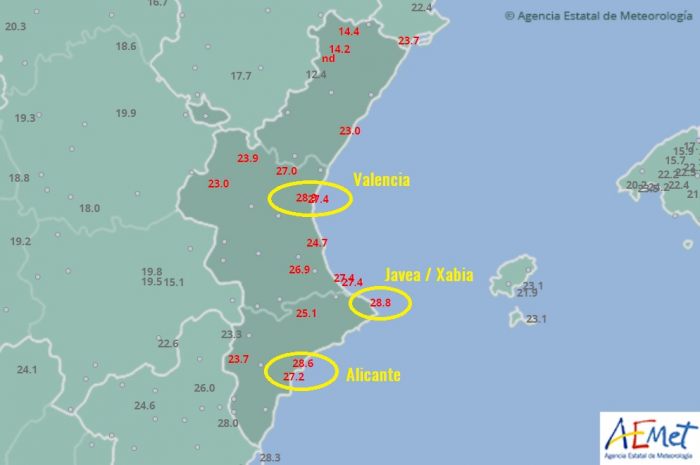 The last time it was so warm in January or February was the end of February 1995. The extreme warmth or almost heat has peaked today, then the next days will be slightly cooler at least. Although still well above normal.

Eastern Spain has been extremely warm since Saturday, see the previous reports: