Associated with the powerful Arctic outbreak across the western half of the United States, a pronounced frontal system will form across the southern and central Plains, delivering heavy snowfall with blizzard conditions, locally freezing rain and also heavy rainfall across parts of Texas, Oklahoma and further east towards the Mississippi valley on Wednesday.

NEW POST: An Arctic trough moves further east into the East Coast, developing a powerful ‘bombogenesis’ (rapid cyclogenesis) with intense snowstorm across the northeast US on Friday (Feb 7th):

With its progression into the Southwest CONUS, Arctic trough deepens significantly with a surface response in shallow cyclogenesis tonight. Strong warm advection ahead of the low and the advancing cold air mass at the surface will create an environment conducive for heavy precipitation along the sharpening frontal boundary. 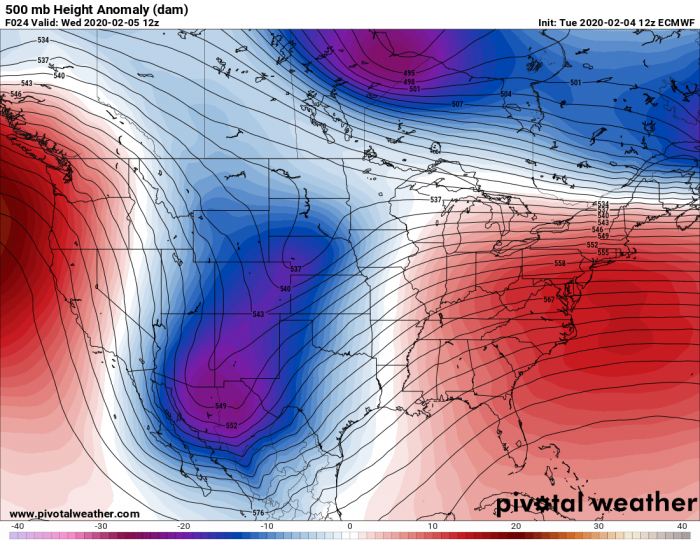 Here is a 6-hour sequence of the frontal system moving across the south-central Plains, starting across western Texas tonight. The precipitation will intensify through Wednesday while it gradually spreads northeast across North Texas and Oklahoma through the early Wednesday morning into afternoon hours. Very heavy and excessive rain will develop across the Mississippi valley. 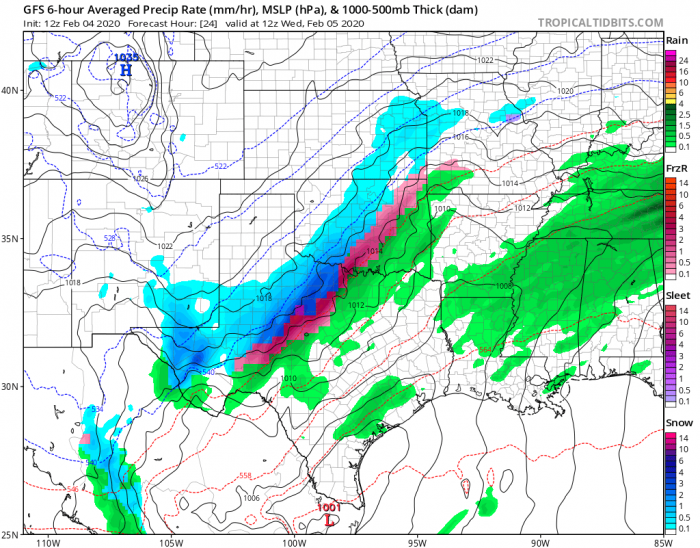 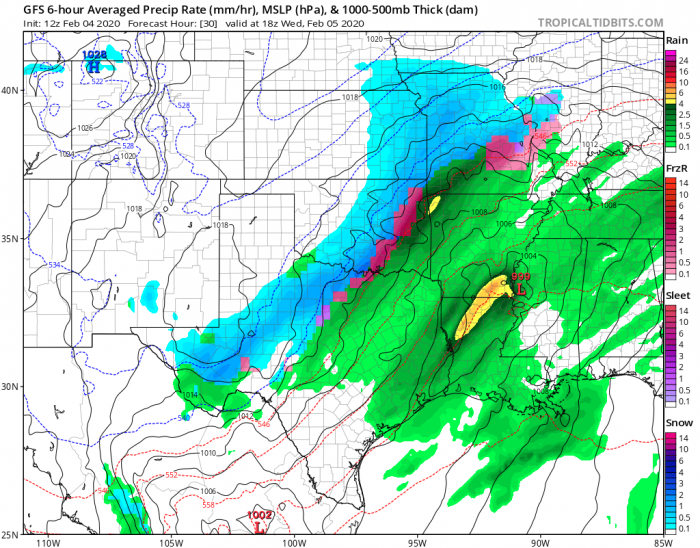 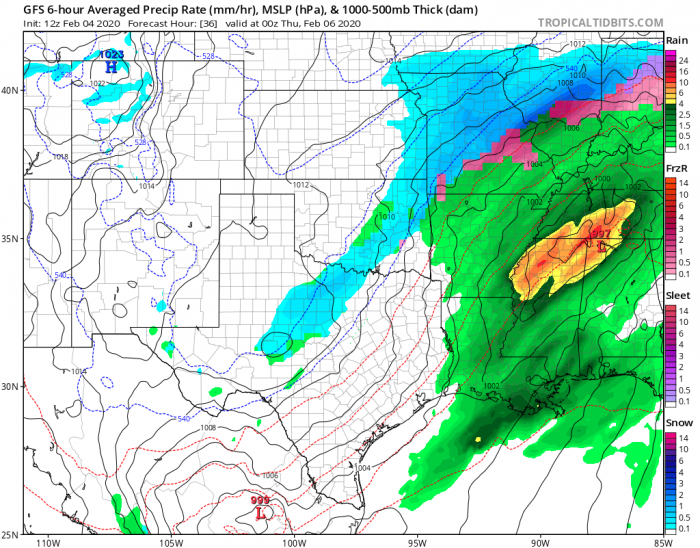 Looking over the 2m and 850 mbar temperatures across North Texas and Oklahoma, we can see the surface boundary of 32 °F (= 0 °C) across North Texas and east-central Oklahoma while a warm advection is ongoing above it. This will create higher temperatures aloft, meaning we have a thermal inversion and therefore rainfall. Due to freezing temperatures near the ground, this could result in freezing rain/ice storm across the narrow band near the front. It will be heavy snowing west of it and heavy raining east of this band. 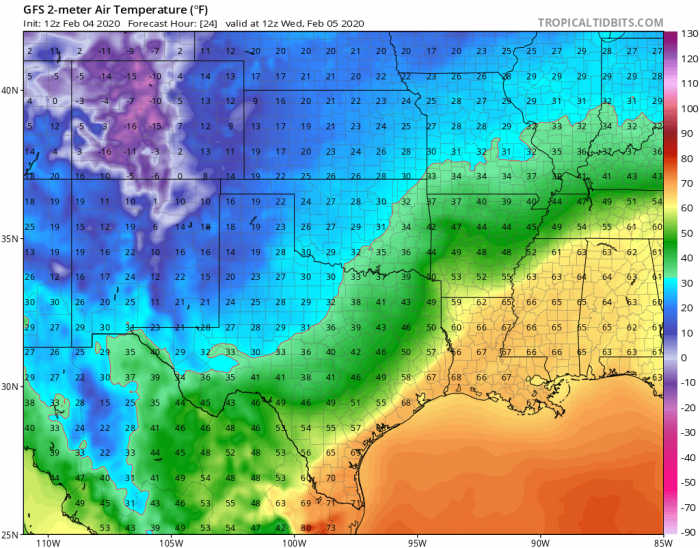 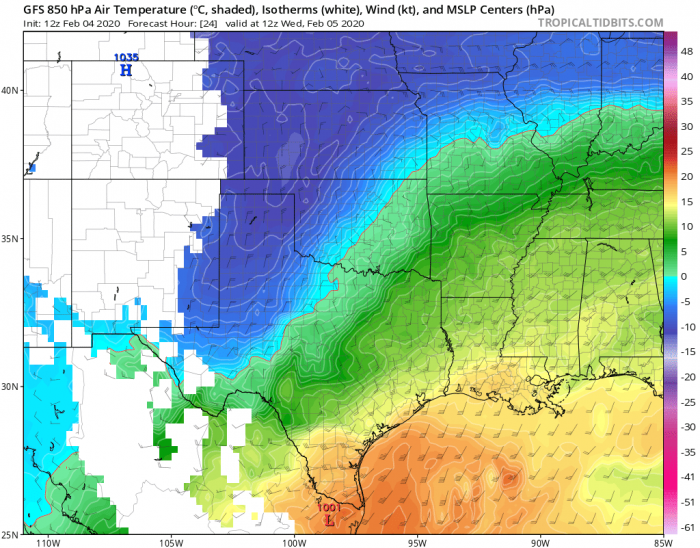 Lots of rain is expected across the warm sector and quite some snow along the frontal boundary, especially across North Texas and southern Oklahoma – potentially 10-15 inches! There is also a narrow band of potential ice accumulation up to 0.5-1 inch from West into North Texas, and across the south towards northeast Oklahoma as well. Also over Missouri through late Wednesday. Ice accumulation thickness strongly depends on the temperature profiles along the boundary. 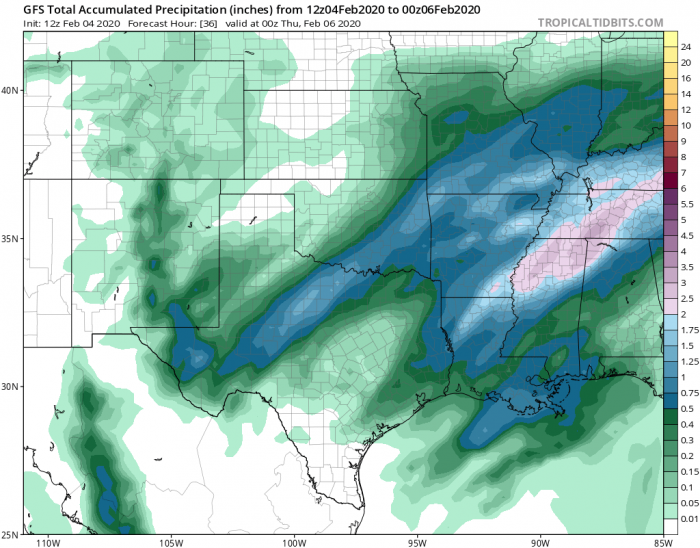 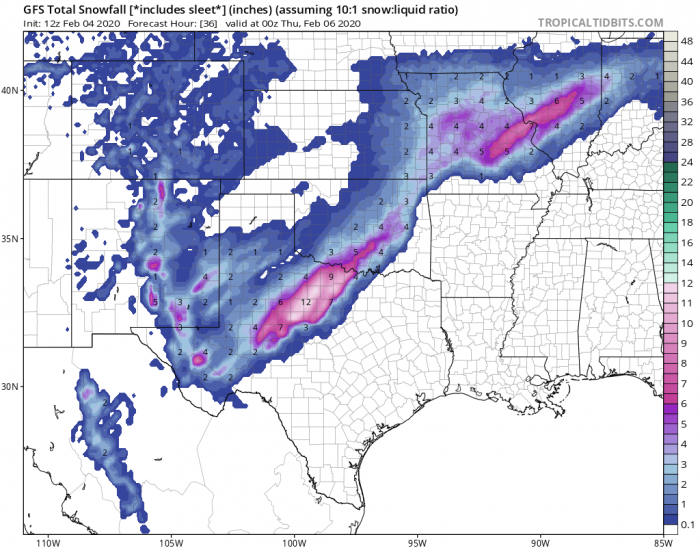 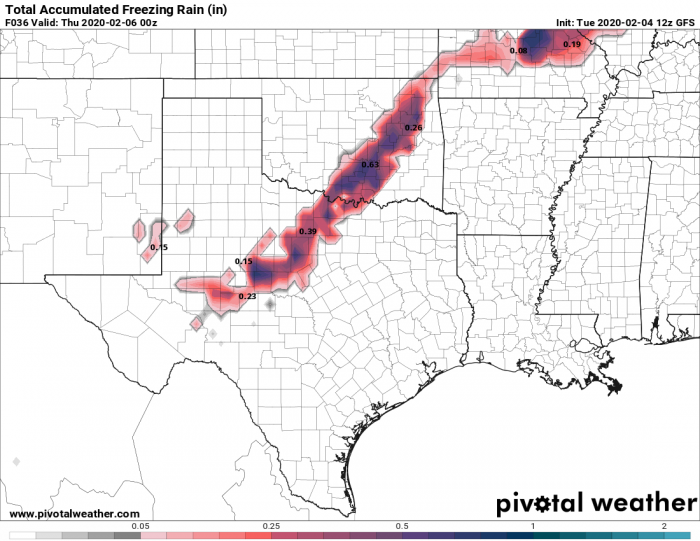 On Thursday, snowfall will vanish while a much colder airmass spreads further south and east across whole Oklahoma and Texas, continuing towards the Mississippi valley. 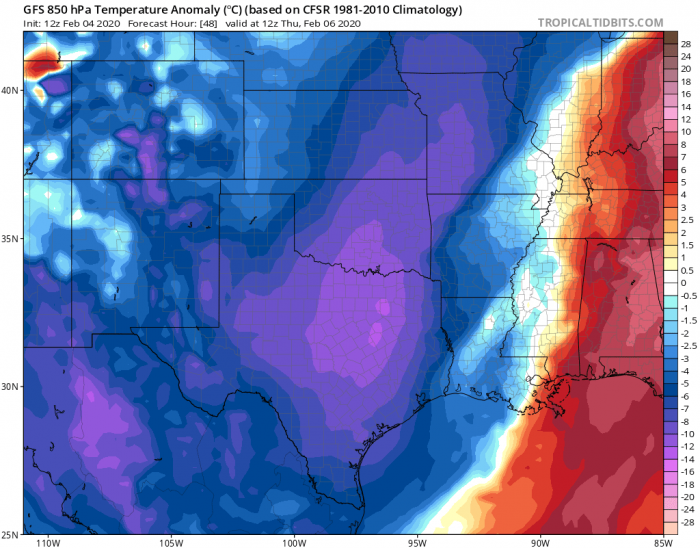 See also the forecast discussion on the Arctic cold outbreak: