It’s been about a week since the last deep cyclone over the North Atlantic, as strong ridge developed over the last days. To the west of the ridge, a very powerful frontal system and deep extratropical cyclone have developed today, over the Northwest Atlantic and the southern Labrador Sea. Rapid intensification is now underway, developing an intense wind field towards west-northwest Europe over the next few days.

NEW UPDATE: Spectacular mesovortices within the core of monster North Atlantic cyclone – the system has matured today and is now moving into Iceland

The general pattern over Europe consists of a very large and strong ridge/high-pressure system over the northern half of European continent while deep trough and associated surface cyclogenesis are entering North Atlantic. 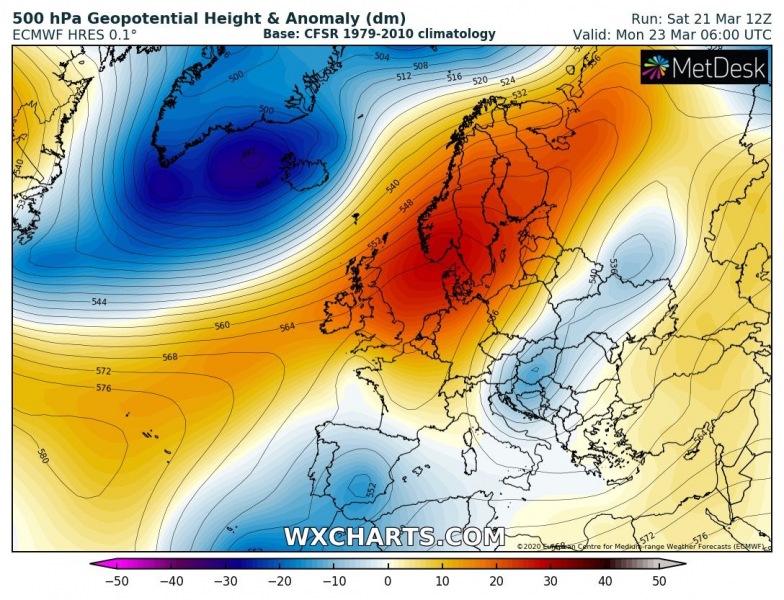 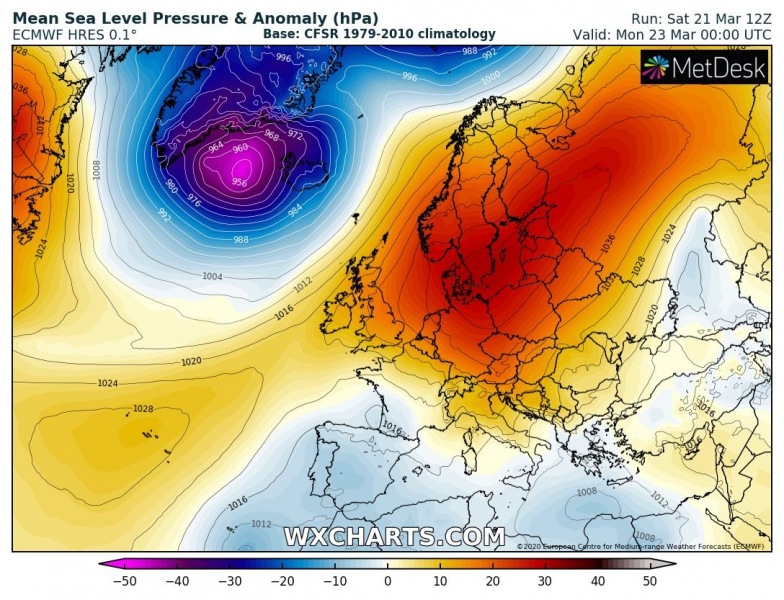 The system had a central pressure of 955 mbar at 18 UTC today, March 21st. It is becoming very large while it continues rapidly deepening. The pressure change over the last 24 hours was an impressive 37 mbar! 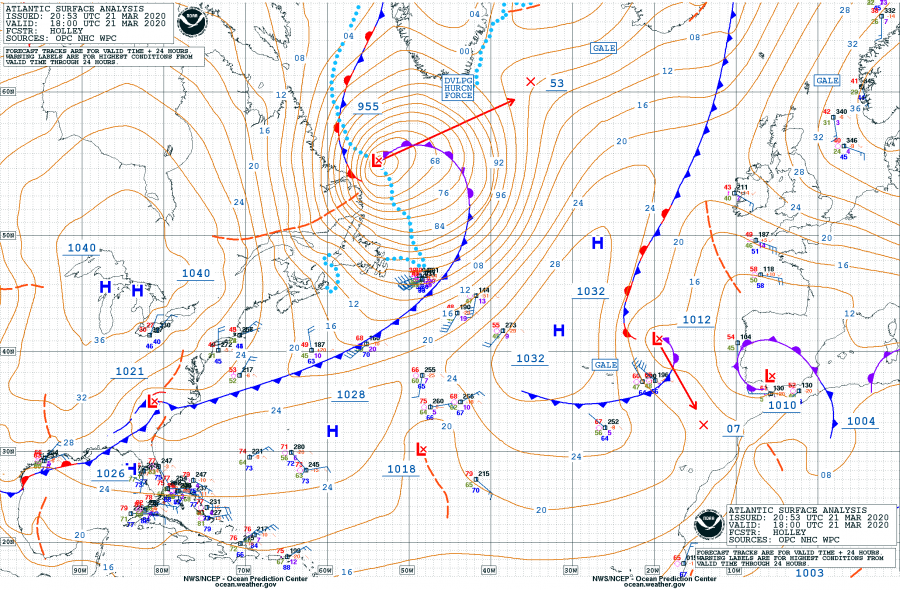 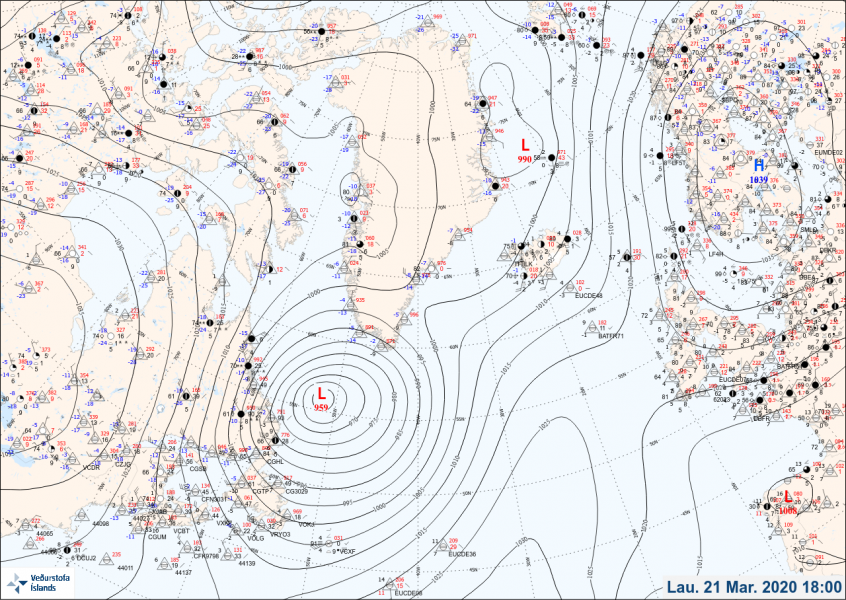 Satellite imagery indicate the rapid intensification process is quite robust over the last few hours, a strong dry conveyor belt is wrapping into the core. It is located southwest of Greenland this evening (Saturday): 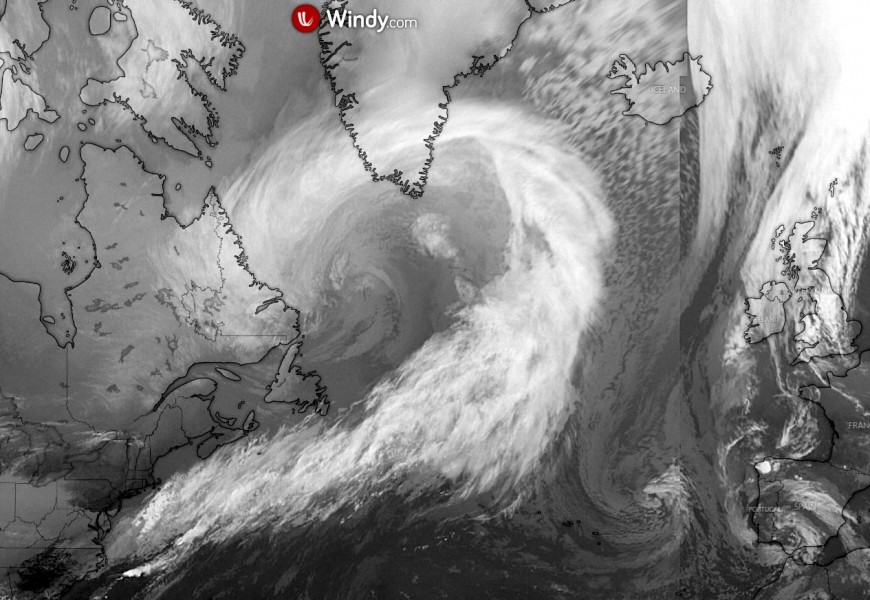 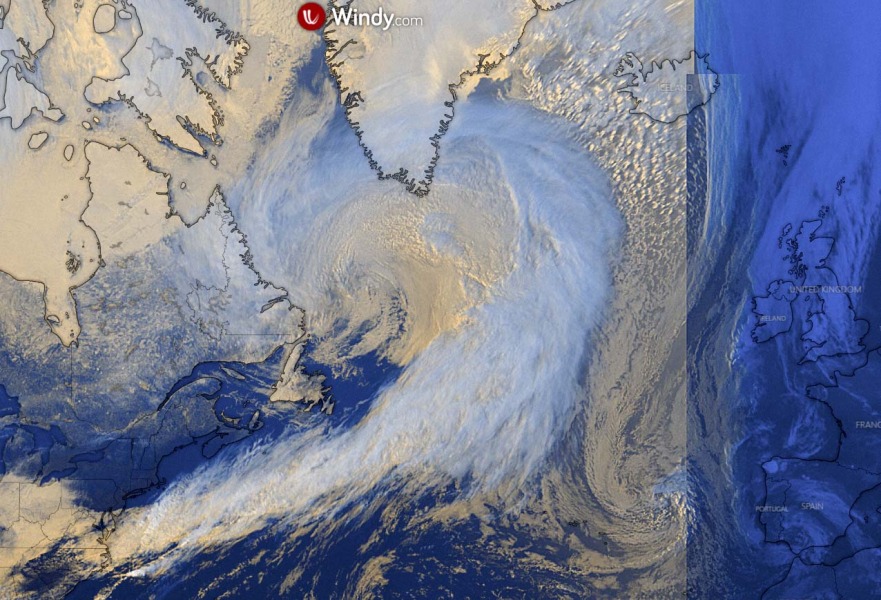 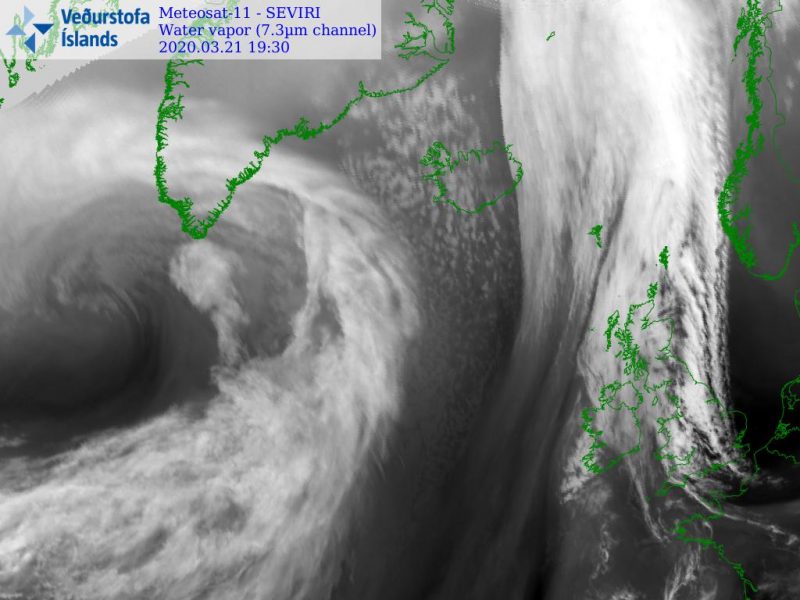 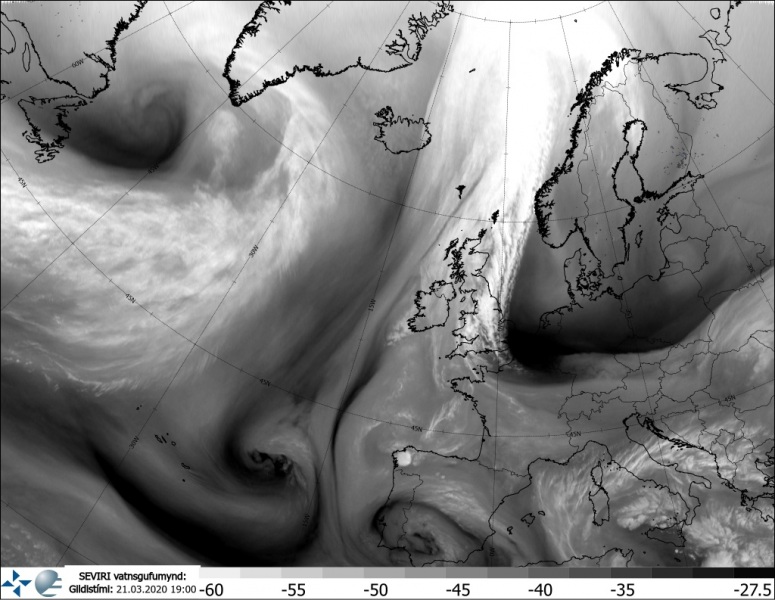 The extratropical system is now in rapidly intensification process while moving across the Northwest Atlantic towards the North Atlantic. It is developing a broad and intense wind field, spreading severe to extremely severe winds towards western and northern Europe. The central pressure is going to drop near 950s during Sunday when the cyclone peaks west of Iceland. The system will then be moving further northeast while gradually weakening over the Greenland Sea: 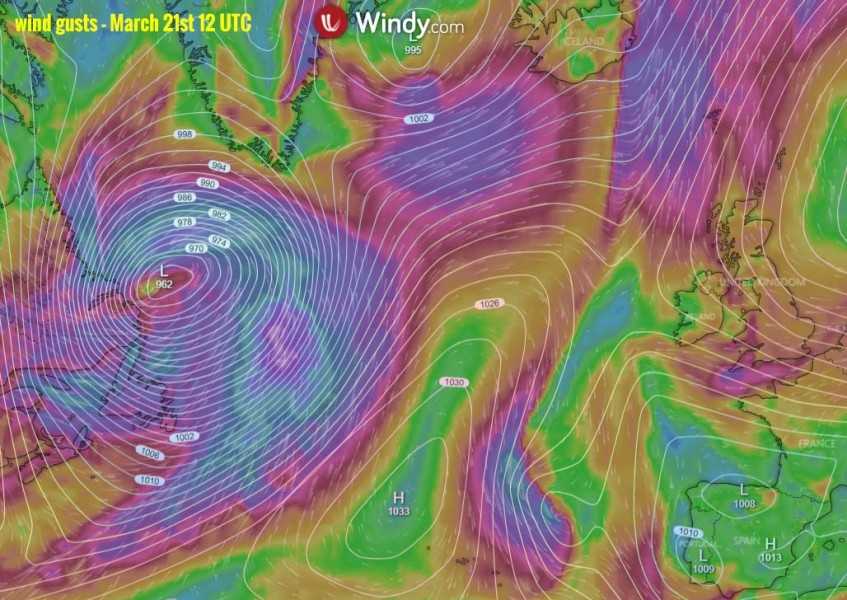 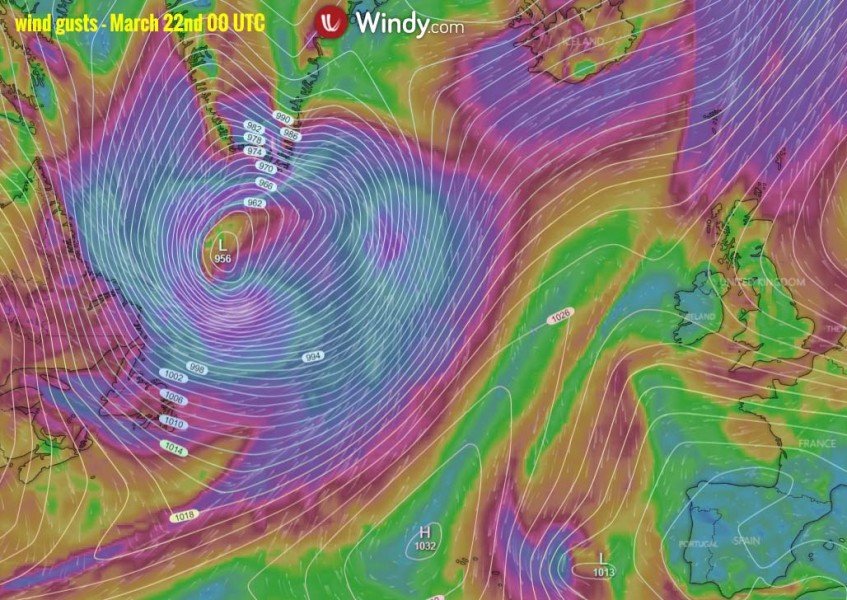 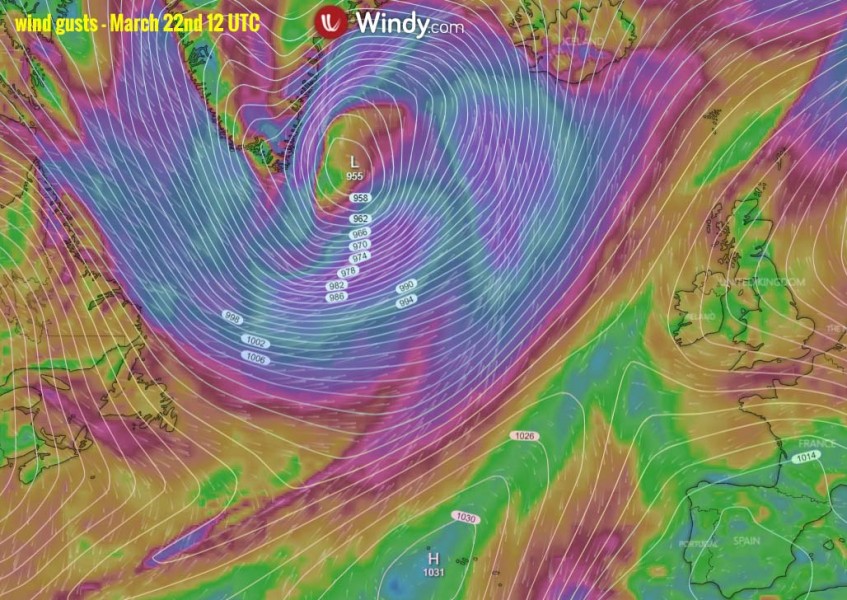 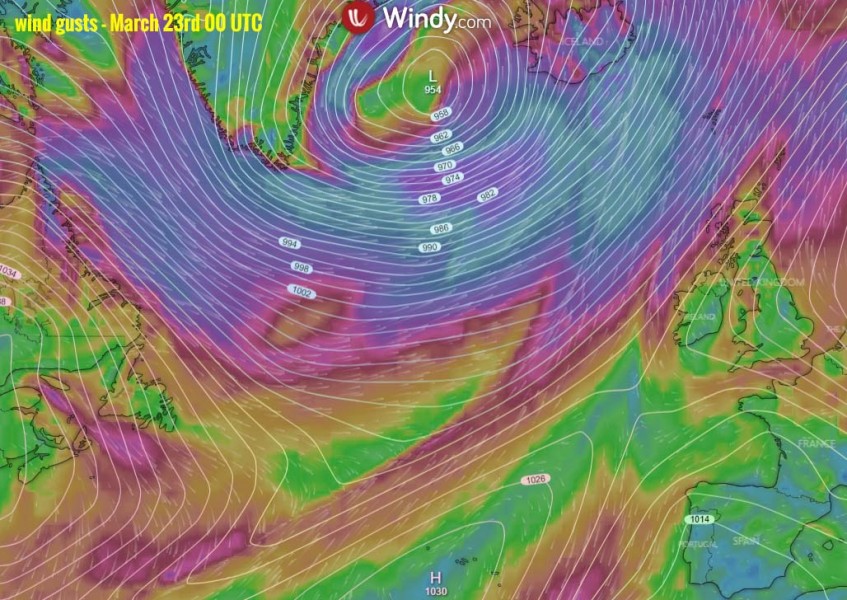 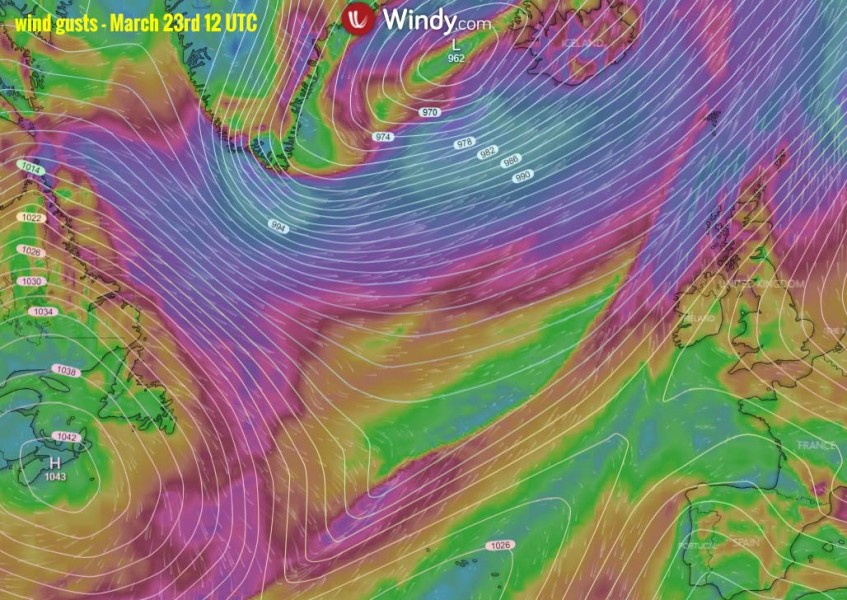 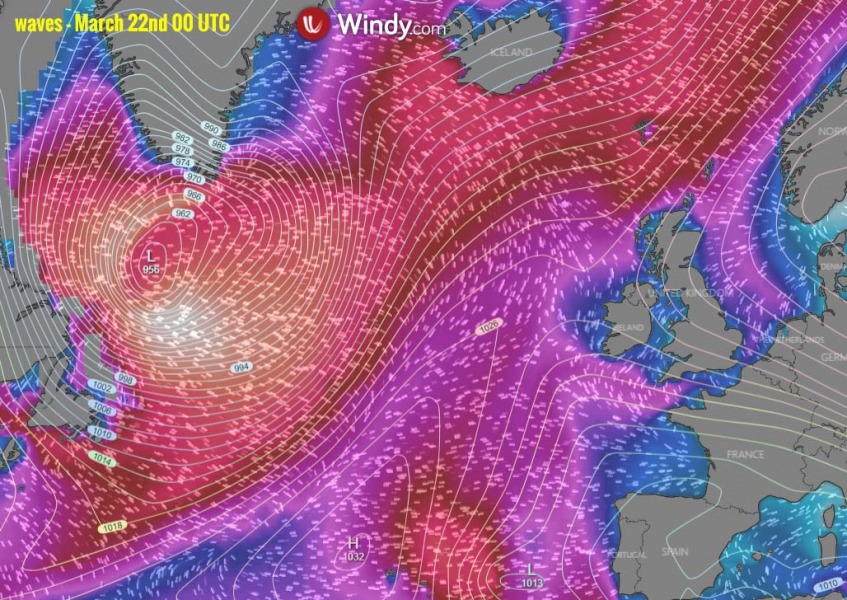 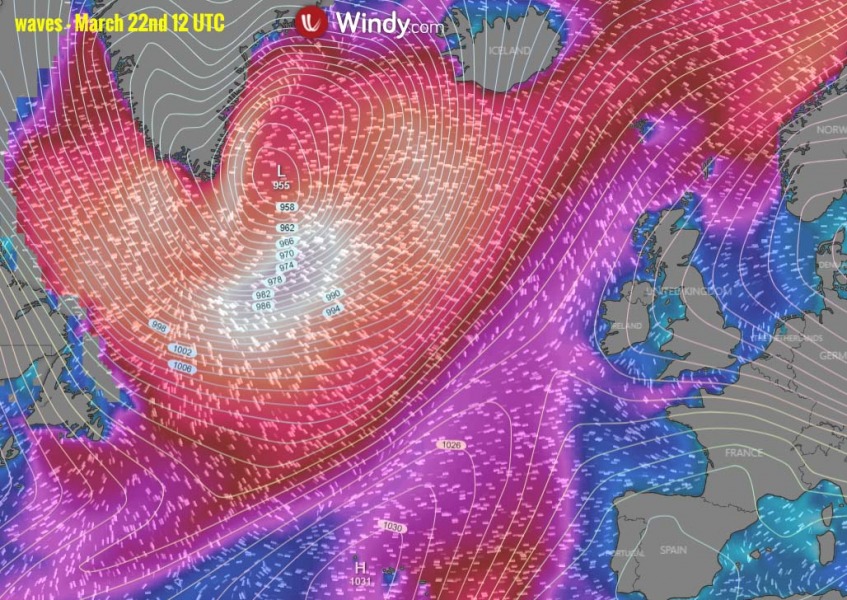 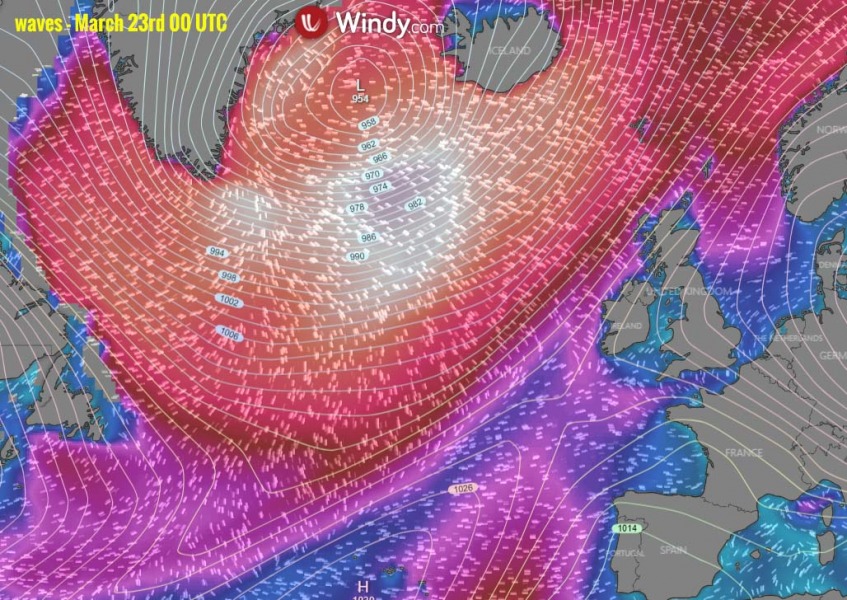 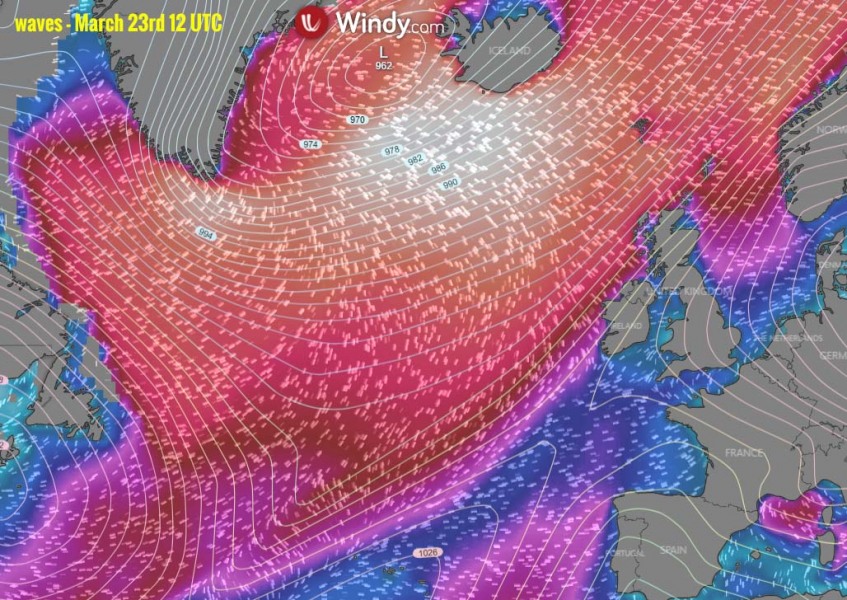 The main frontal boundary will bring quite a lot of rain only into the western Scottish islands, locally 100+ mm of rain is expected until Wednesday morning. Attached are ICON-EU and ARPEGE model maps: 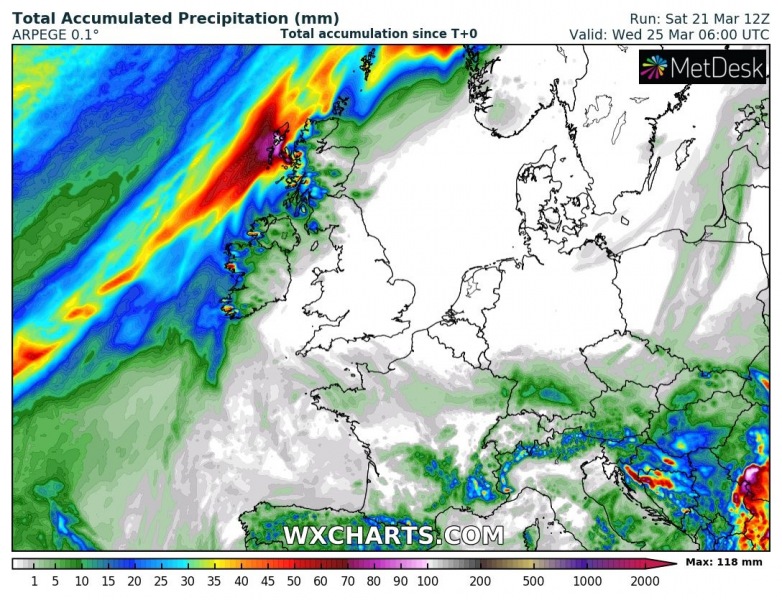 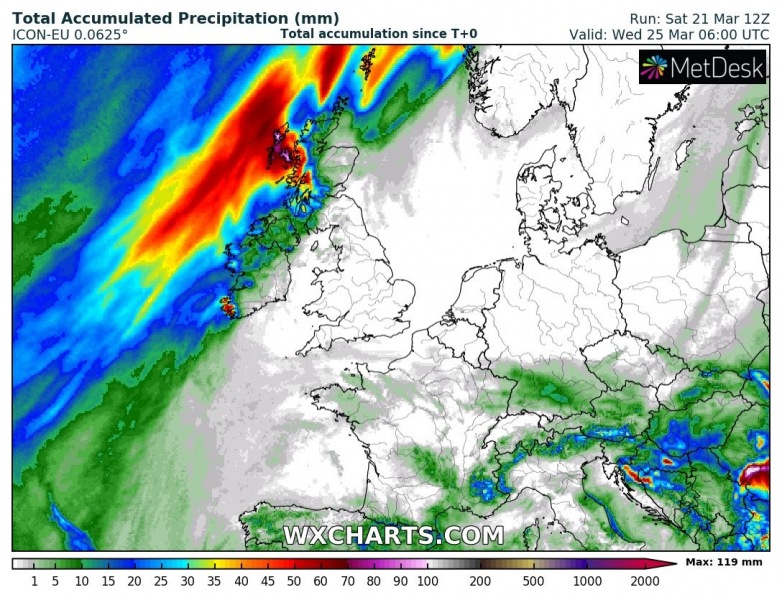 Meanwhile over the European continent – a strong Arctic cold outbreak is spreading across Eastern Europe towards central Europe and the Mediterranean these days: