A very large North Atlantic depression has peaked today. It reached 953 mbar with the rapid intensification completed on Sunday morning. It, yet again, delivered a spectacular satellite presentation of the cyclone’s core, also with very interesting features in the evening hours – several mesovortices within its large core. The system is now moving across Iceland and will weaken over the Greenland Sea tomorrow. Its broad wind field will deliver severe winds into northwestern Europe, as well as high waves.

The system has matured this morning, reached the minimum central pressure of 953 mbar at 12 UTC today, March 22nd. The latest 18 UTC analysis revealed the same pressure again. The cyclone is now very large with its center moving towards Iceland. We can see the system’s main cold front extending all the way until US East Coast! 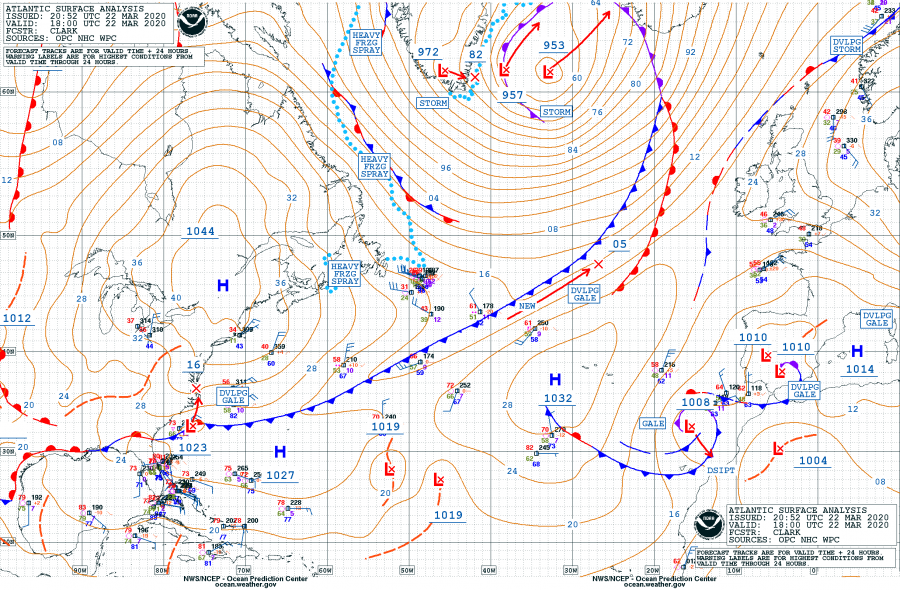 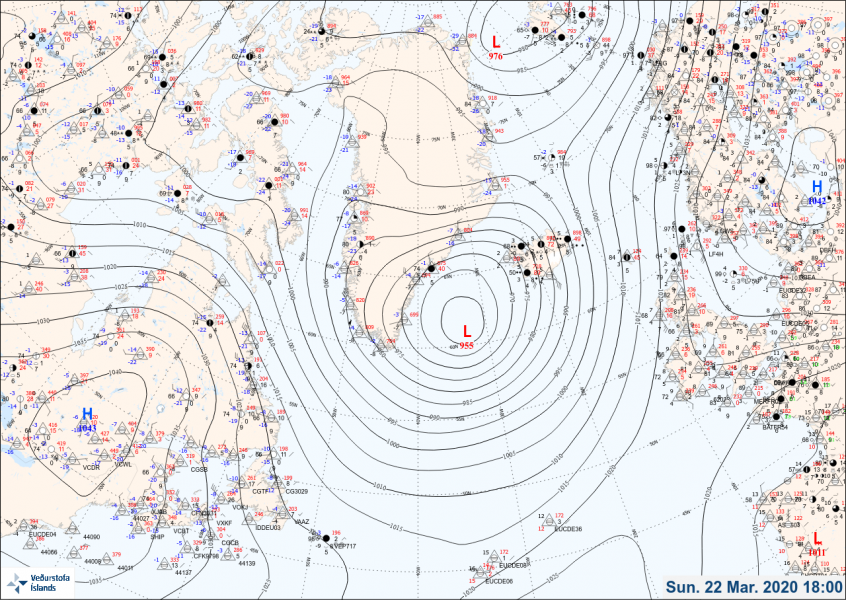 Against the extensive upper-level ridge over the European continent, this deep cyclone is also contributing to a very large pressure difference between far North Atlantic and the center of the high-pressure system over the Baltic region – 89 mbar difference. Powerful southwesterly jet stream is resulting in between: 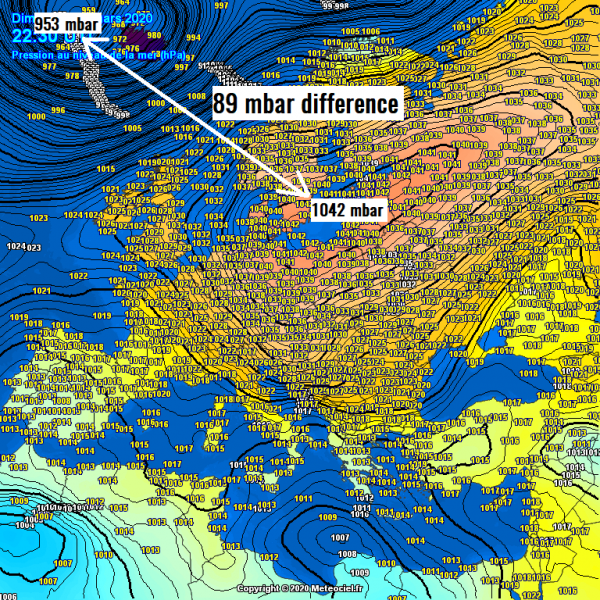 Attached are various images in visible, infrared and water vapor channels. They reveal the system has matured into a very large extra-tropical cyclone with an impressive structure. The associated cold front is extending across the whole North Atlantic until the US East Coast! 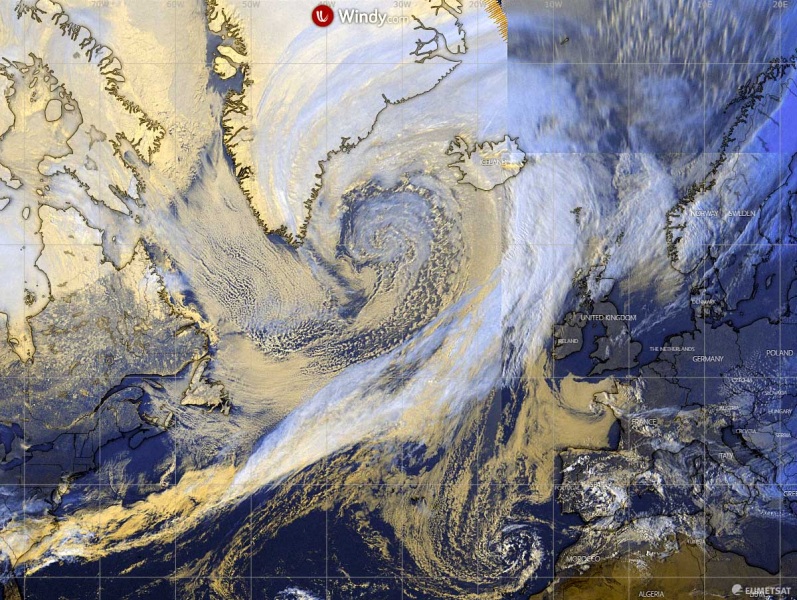 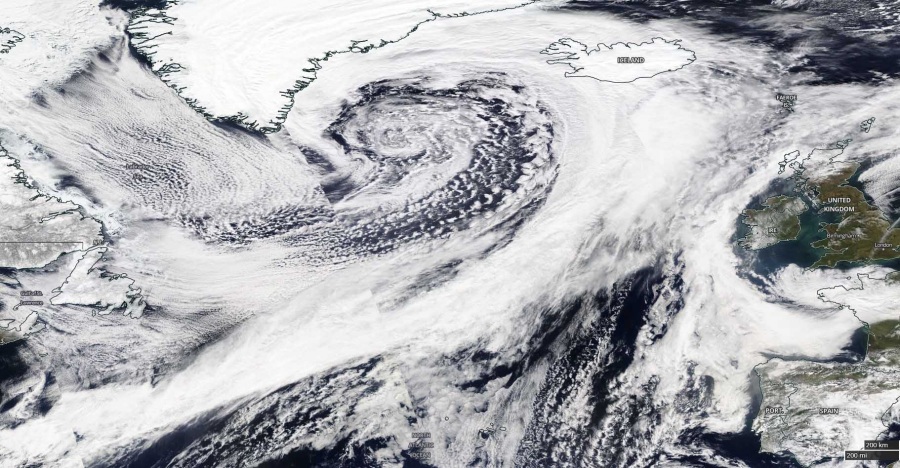 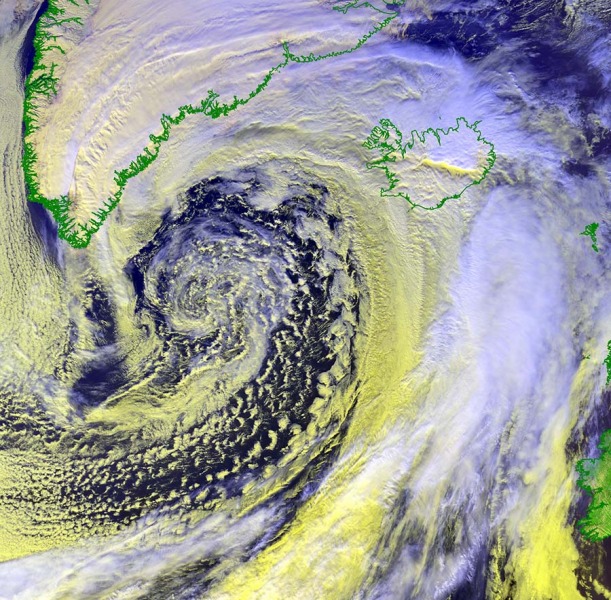 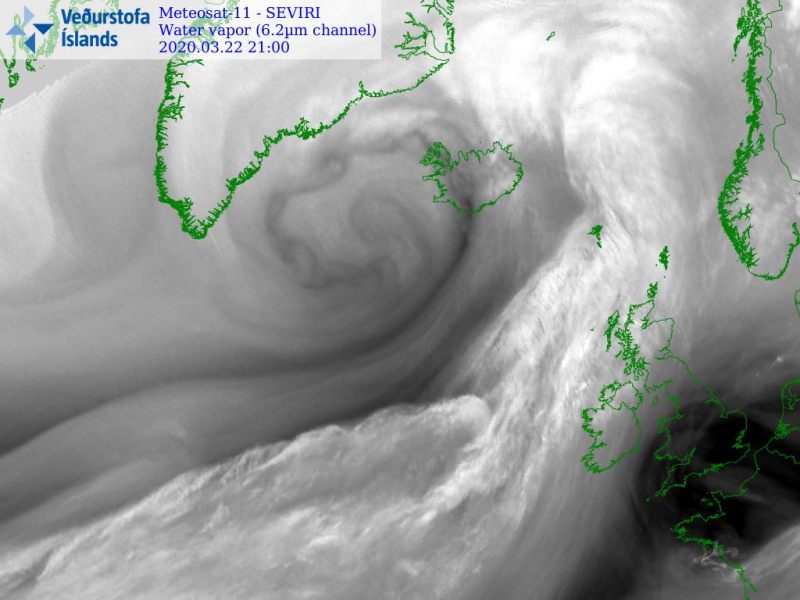 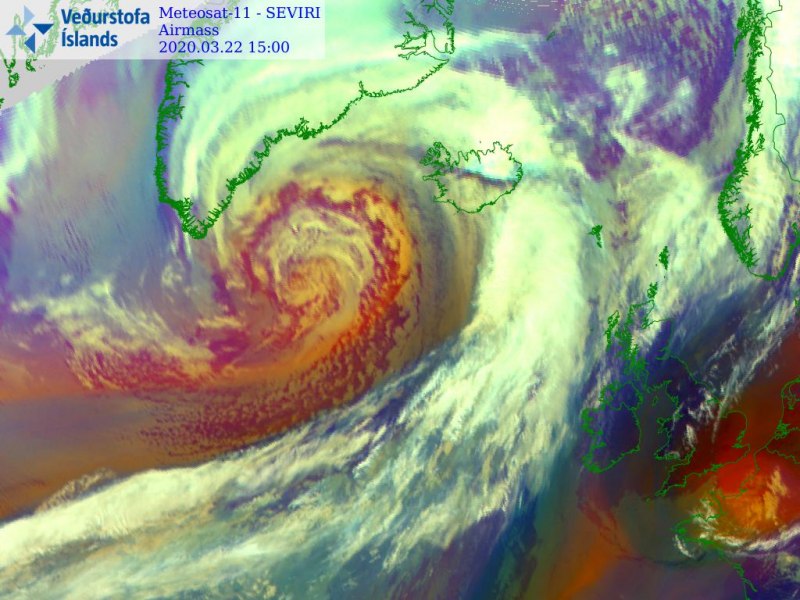 An interesting feature can also be seen this evening – at least 6 mesovortices are visible within the large core of the low. Quite a remarkable sight! Here are some close-up views: 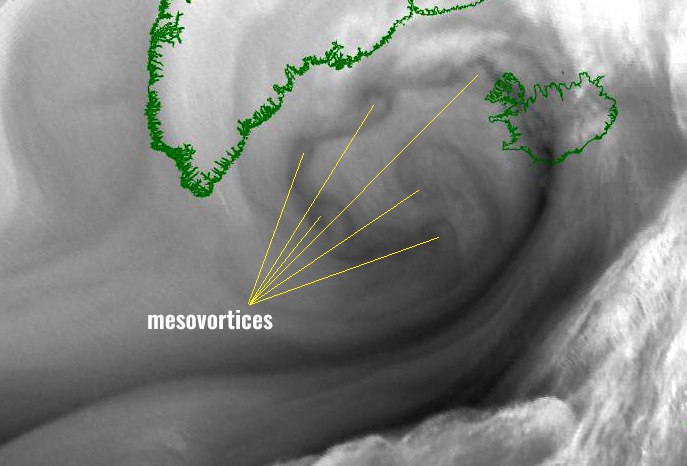 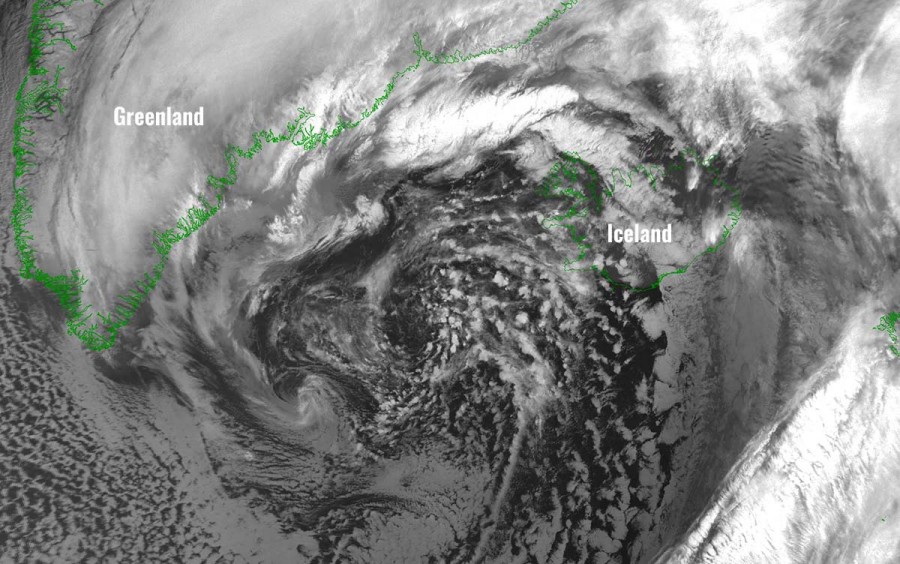 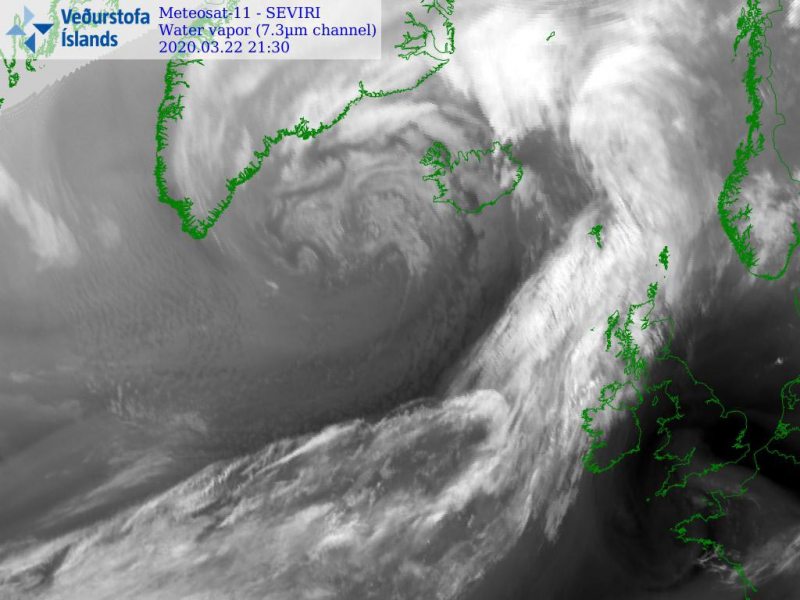 The future behavior of the system remains on track with the previous model guidance. Cyclone will cross Iceland tonight and continue weakening over the Greenland Sea tomorrow. The strongest winds will be gradually spreading into northern parts of western Europe, towards Iceland, Faroes, and Scandinavia. The speed maximum is on the northern side of the center where the pressure gradient is the strongest – closer to the southeast Greenland: 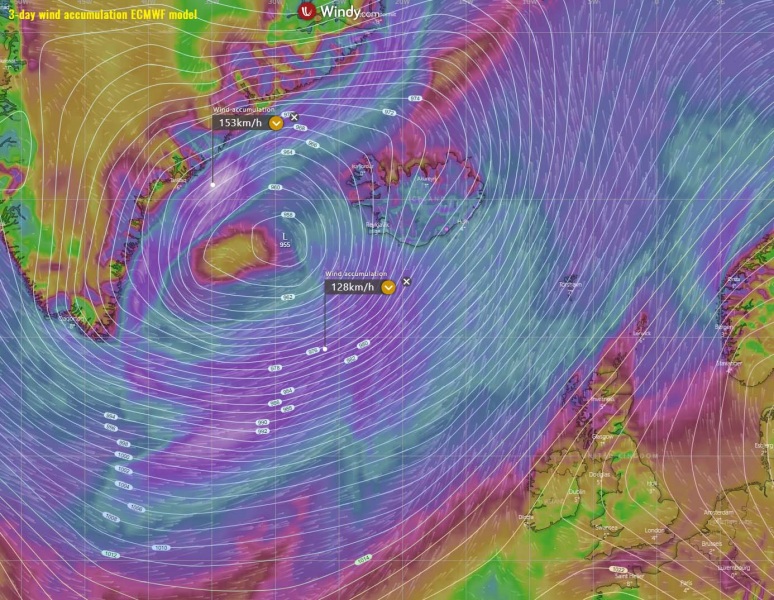 Meanwhile, a strong Arctic cold outbreak is spreading across Eastern Europe towards central Europe and the Mediterranean these days: