The new North Atlantic low-pressure system continues growing in its size, satellite images reveal its already quite large compared to Europe. It is generating severe winds and high swell which will be slowly pushed towards western Europe this weekend. Models are then trending towards further dynamic pattern over the Atlantic – it should enhance rain and flooding threat across Ireland, UK and southwest Scandinavia (even lot of snow there) next week.

The system is currently centered over the southern parts of the Labrador Sea, with a central pressure of 974 mbar as of 06 UTC this morning, March 6th. The central pressure has been steady during the past 36 hours, as the system has matured but it is growing much bigger while drifting northeast. It will be expanding further this weekend and dominated the whole North Atlantic. Latest trends suggest some additional deepening over the next 24 hours when its center will be just southeast of Greenland on Saturday morning. 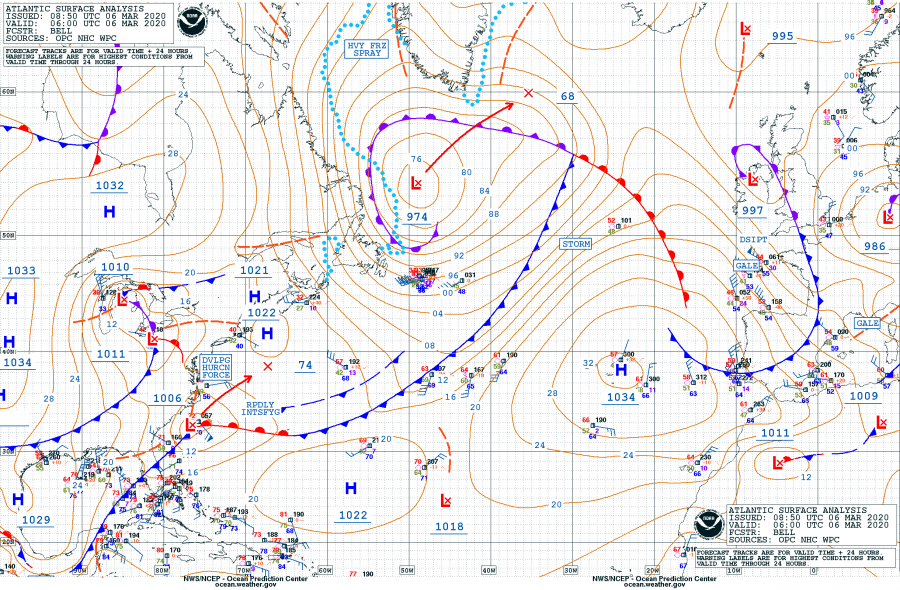 This morning satellite imagery reveal a quite large frontal system gradually expanding over the North Atlantic from the west, with a broad circulation. It is generating severe winds and high swell. Compared to the European continent, it is already very large. But it will grow even bigger over the weekend. 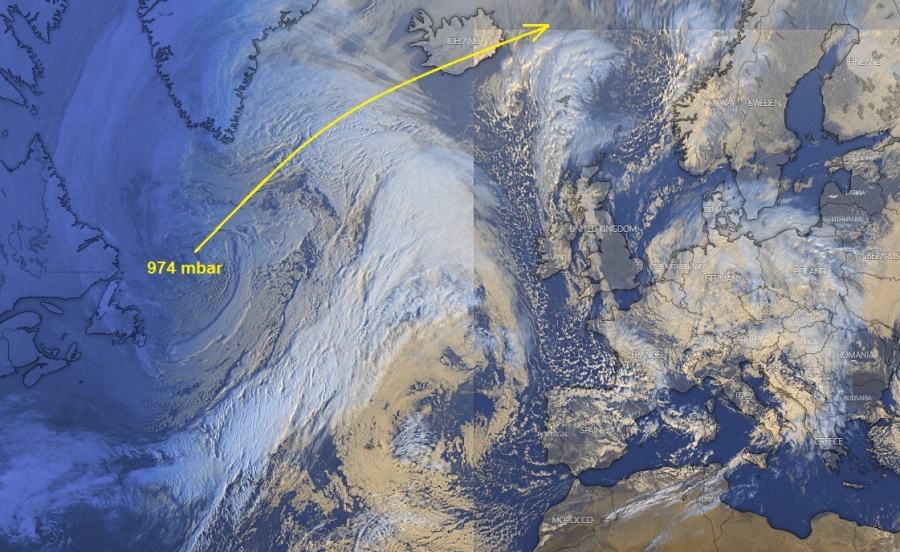 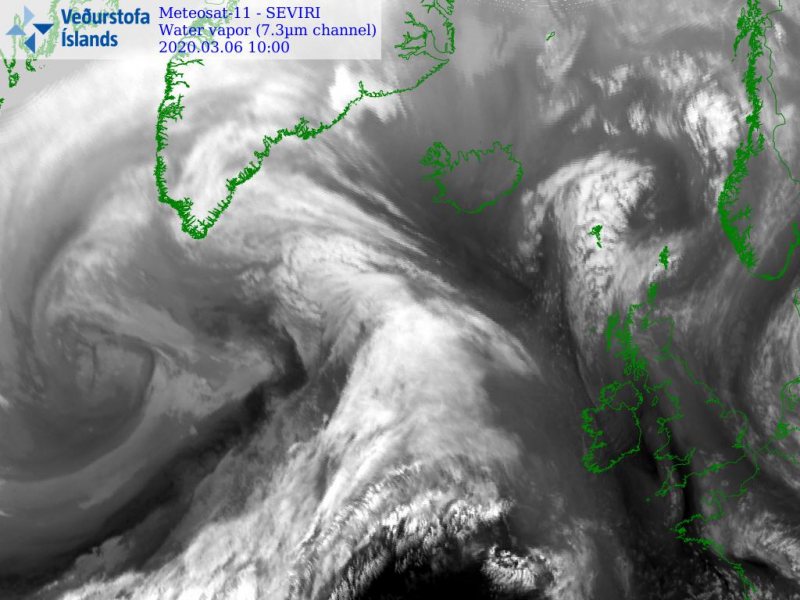 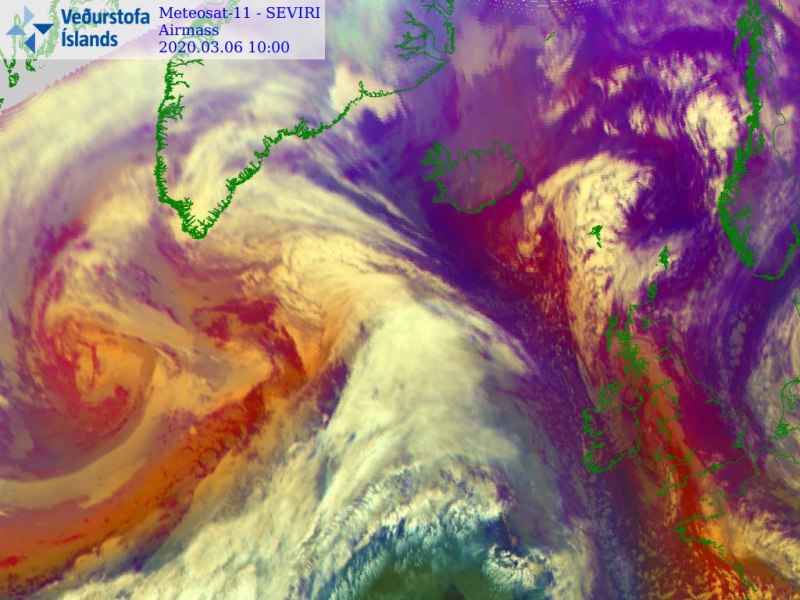 This large system will be slowly moving east across the North Atlantic this weekend, continuing with severe winds and especially delivering high swell into Ireland and Scotland on Sunday. Another wave with a new deep surface depression arrives on Monday and another one on Tuesday. Both days will result in severe winds, heavy rain, and high swell as well. After Wednesday, trends suggest the North Atlantic activity should gradually diminish as a deep depression moves further northeast into northern Europe and the Arctic region while Azores ridge expands further north. 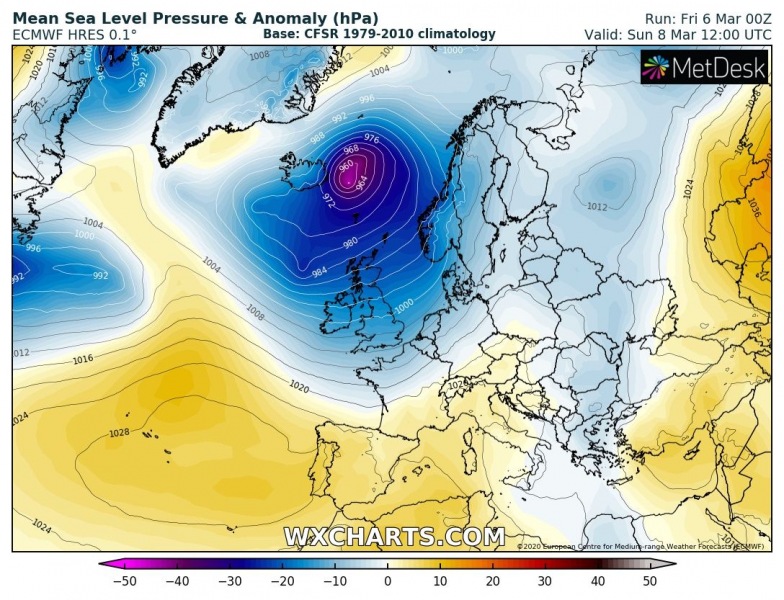 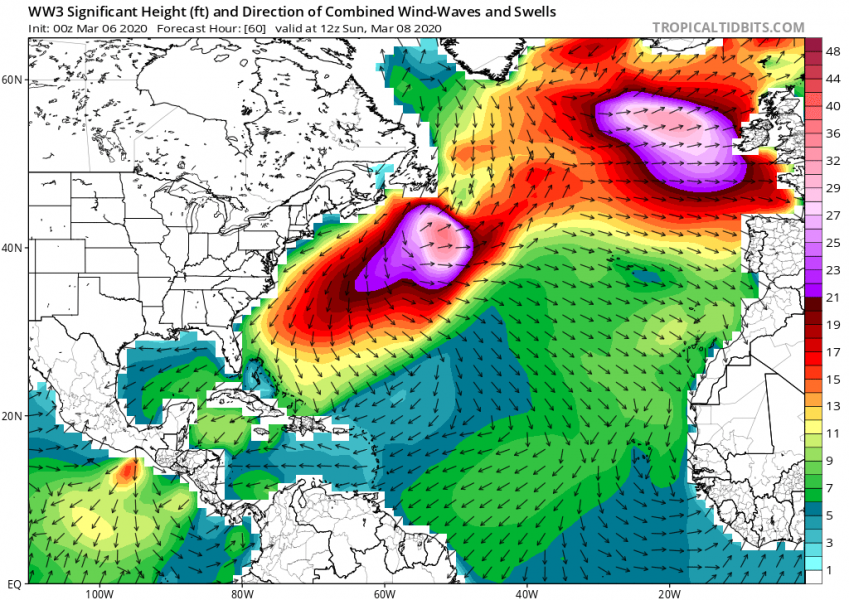 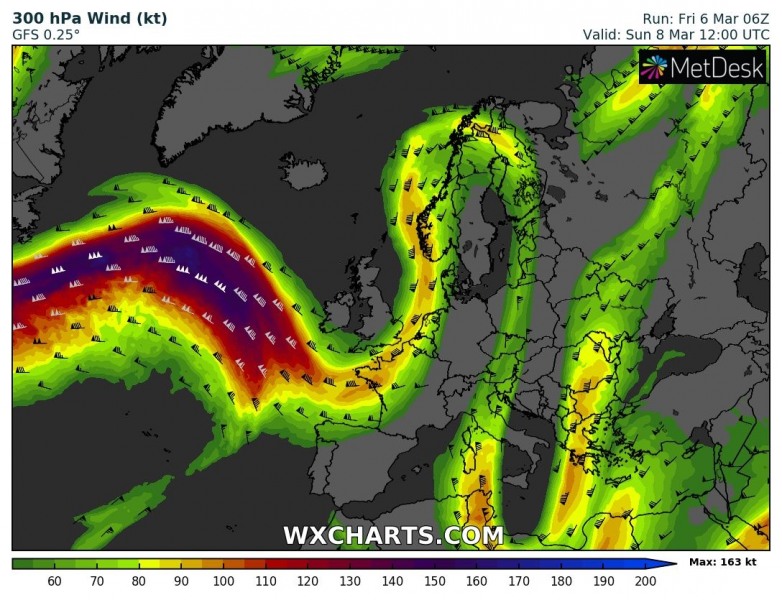 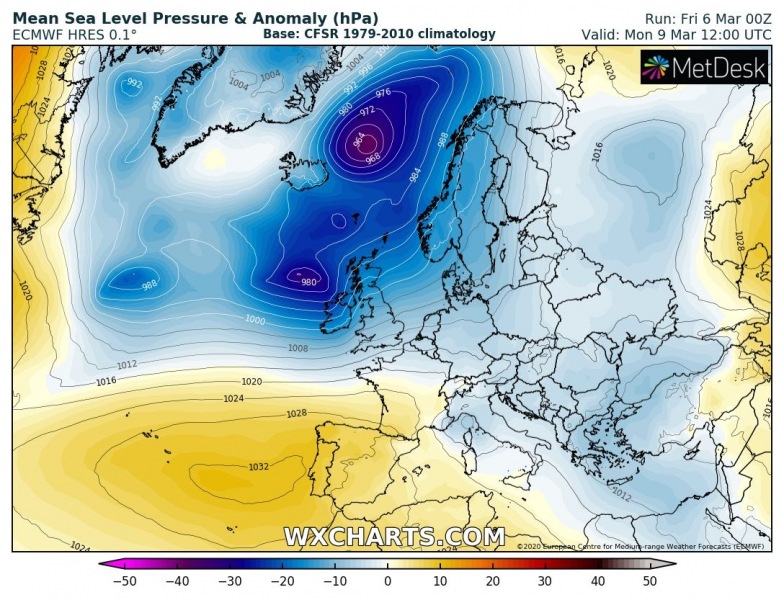 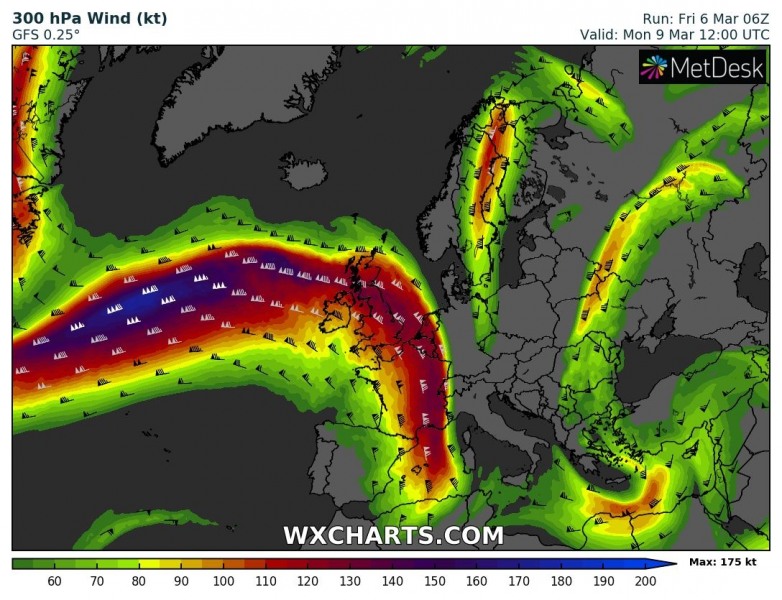 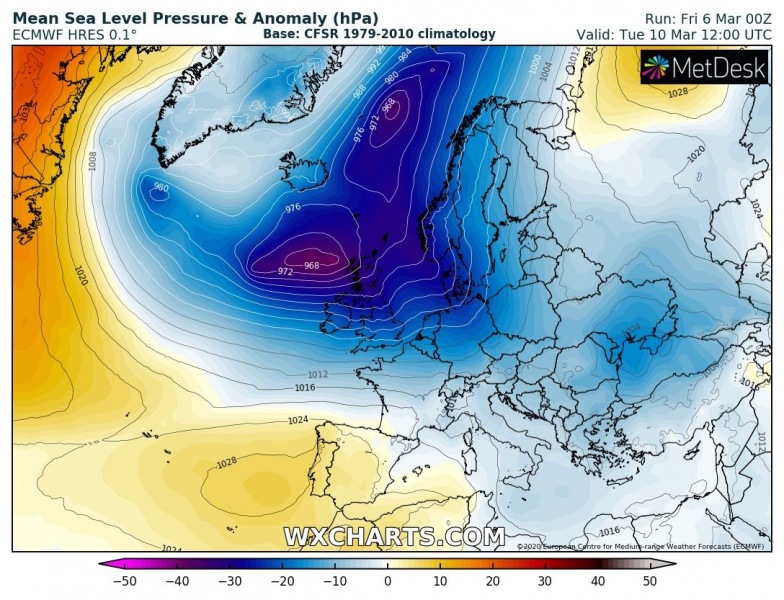 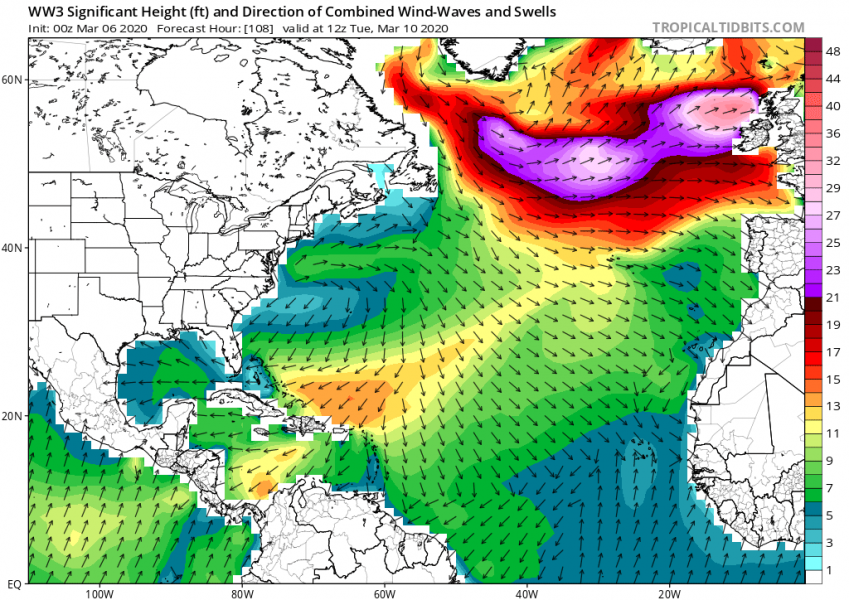 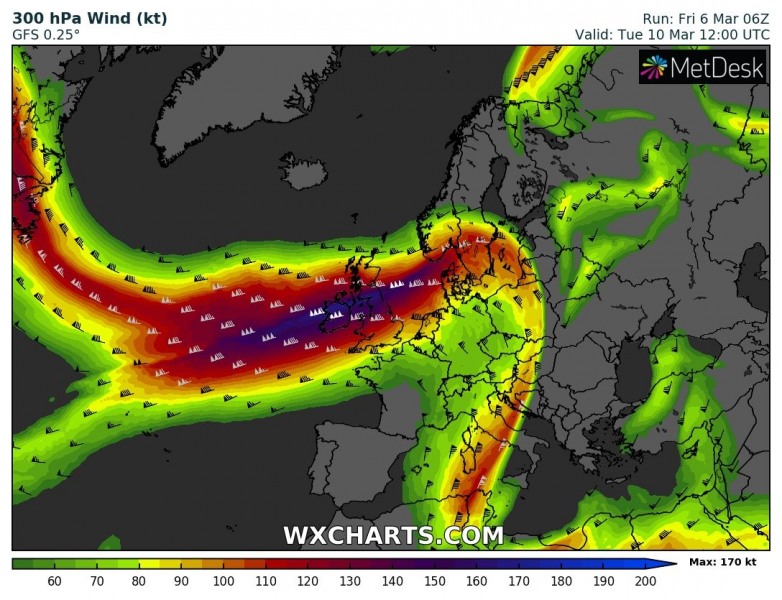 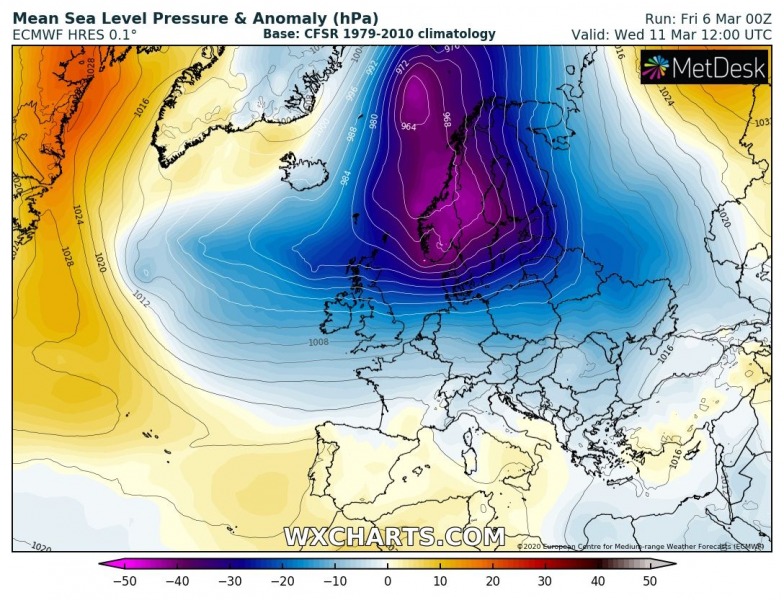 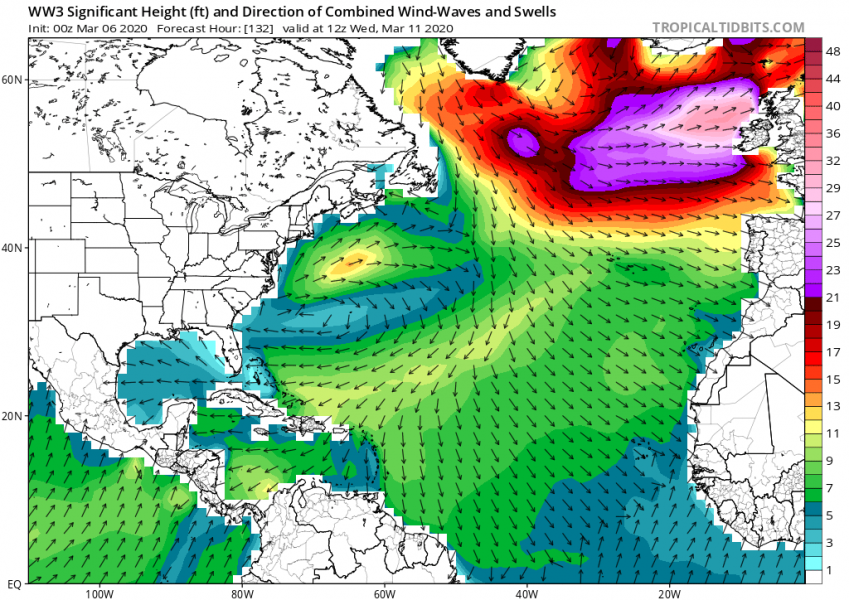 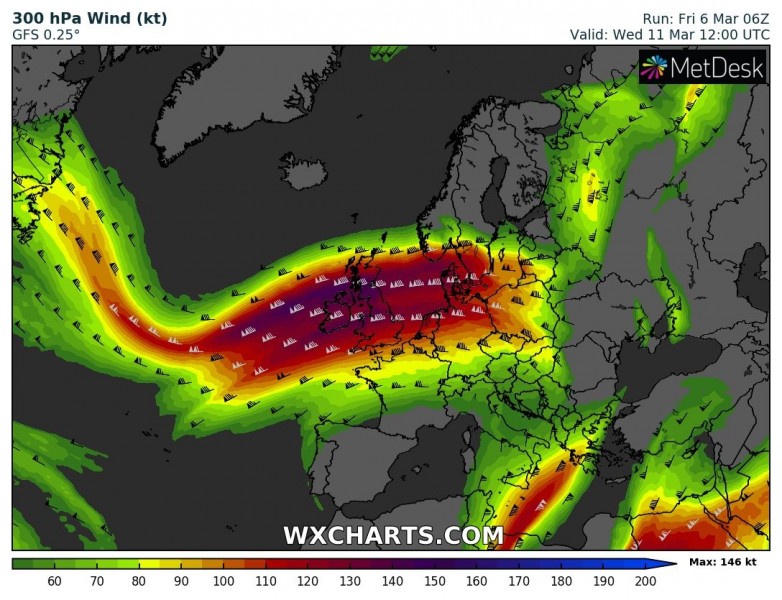 The persistent zonal flow pattern with consecutive North Atlantic depressions and frontal systems over the weekend and until the mid next week should strongly enhance heavy rainfall and therefore flooding potential. Global models are in fairly good agreement in a lot of rain totals over this period – likely an additional 100-200 mm over parts of western Ireland, Wales, northern England and western Scotland. The classic most-favorable areas with enhanced precipitation due to orographic effects on the higher terrain. We can expect flooding conditions to worsen with time as events unfold. 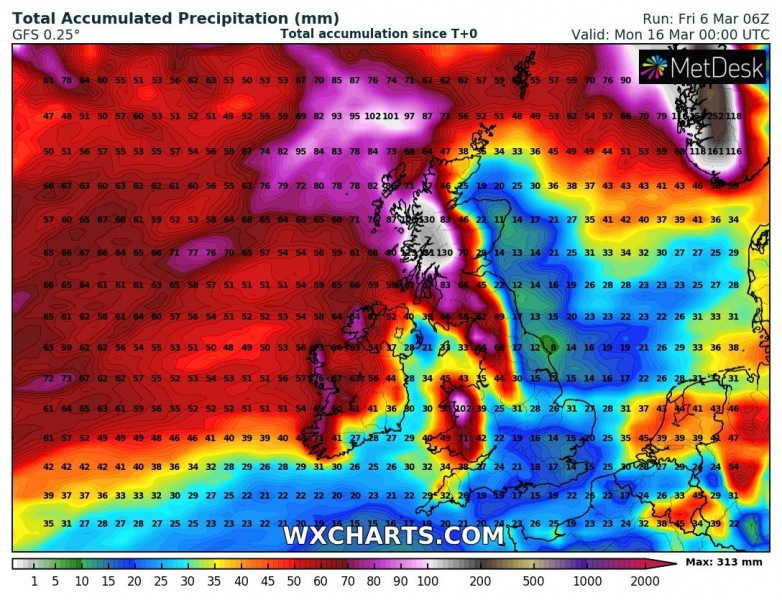 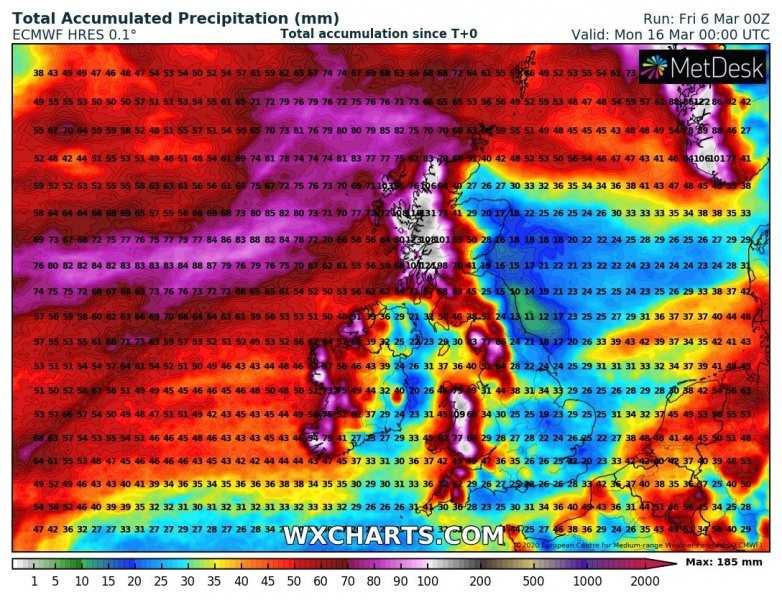 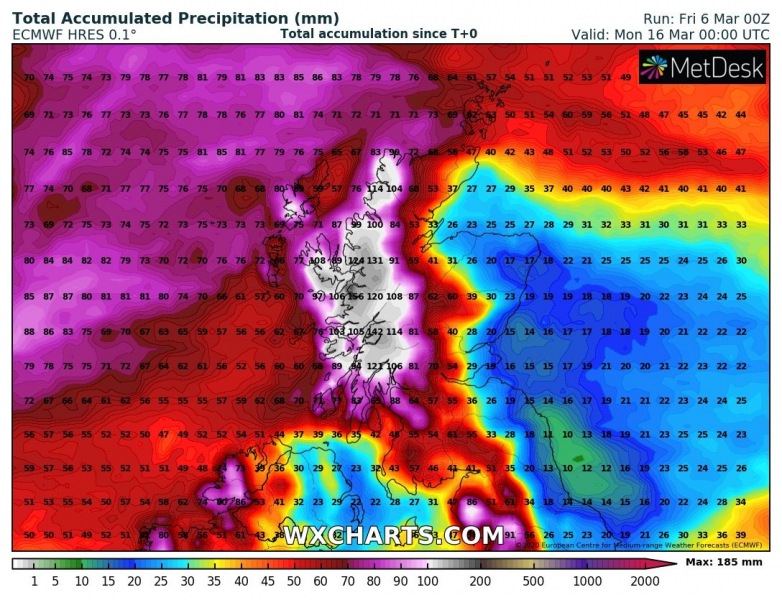 Stay tuned for more updates over the weekend!

A powerful deep cyclone develops over the Newfoundland and Northwest Atlantic on Thursday, resulting in gale-force winds and broad swell towards Europe this weekend