Remember the quite impressive sight on the satellite last night when we were discussing the perfect example of Rossby waves over the North Pacific? Three cyclones were ongoing at the same time. The westernmost system, located over Japan, was in the rapid intensification phase and has peaked today. It’s satellite presentation is exceptional! Widespread cold advection is ongoing over Japan, resulting in heavy snowfall over the largest Japan islands Honshu.

The system is currently (March 5th, 18 UTC) centered northeast of Japan with a central pressure of 969 mbar. That is 30 mbar change during the past 24 hours – a good example of rapid intensification or bombogenesis. Here are the past surface pressure analysis data since Wednesday afternoon: 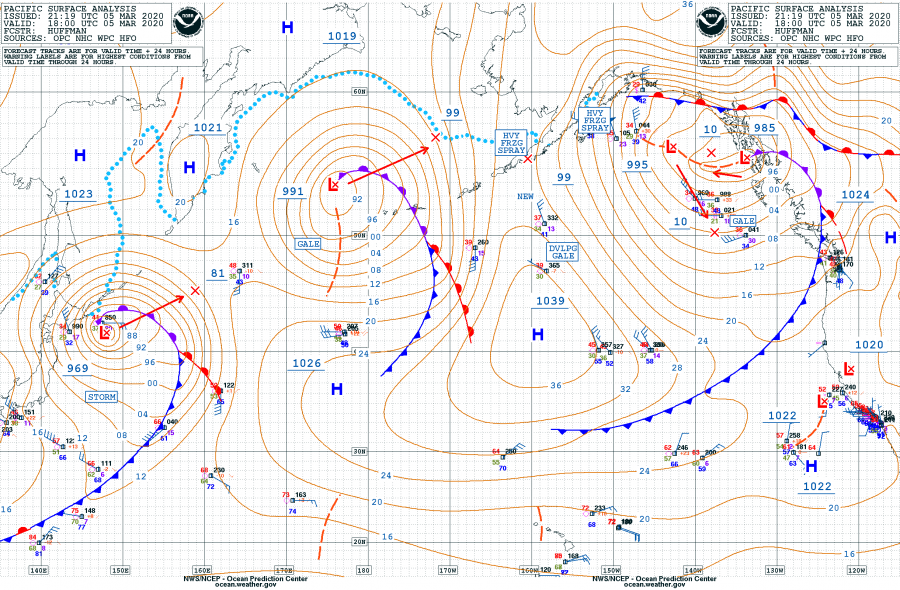 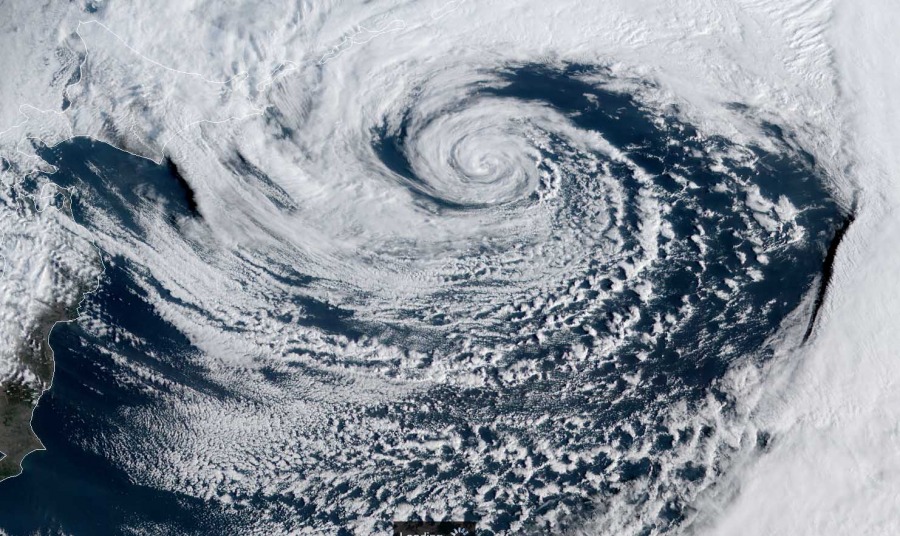 Satellite imagery is indeed beyond spectacular. The core of this large cyclone is looking like an ammonite :) Seriously, the rapid intensification process often brings an exceptional cyclonic structure of the extratropical cyclones. 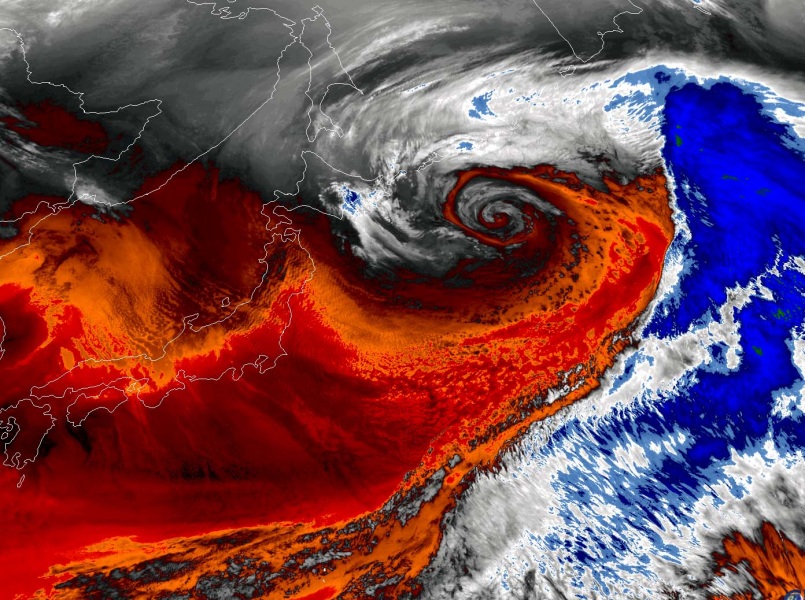 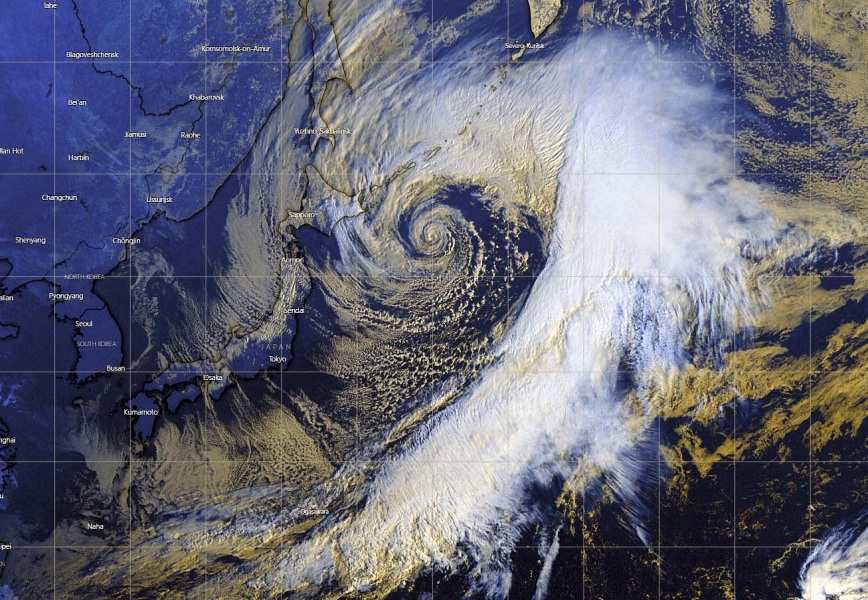 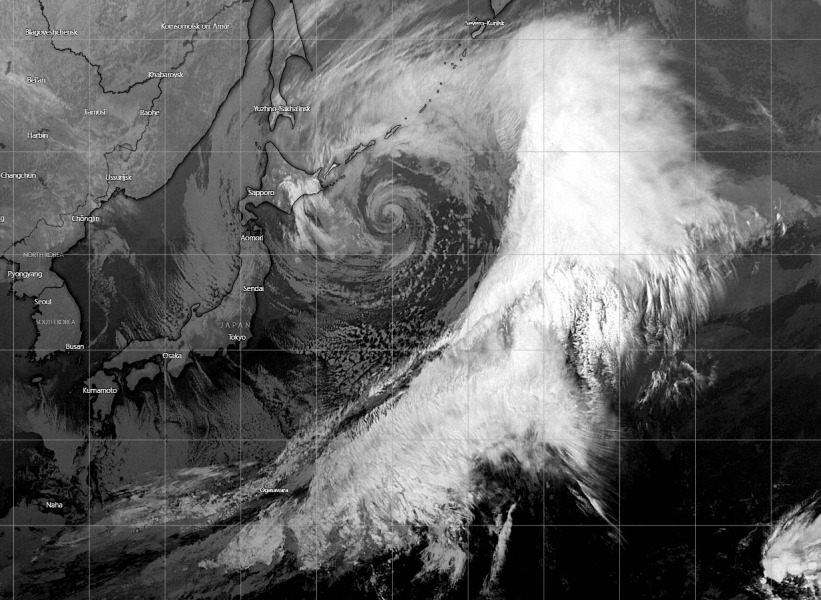 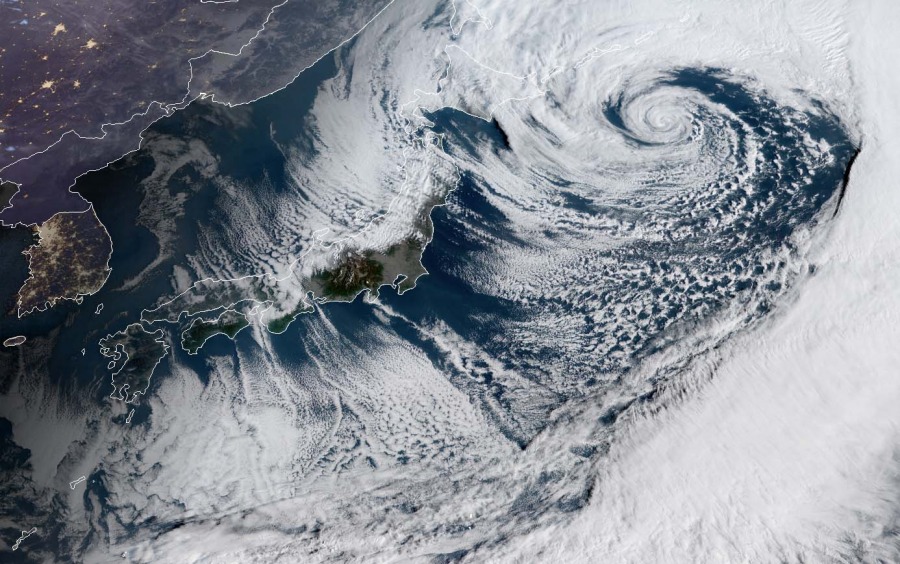 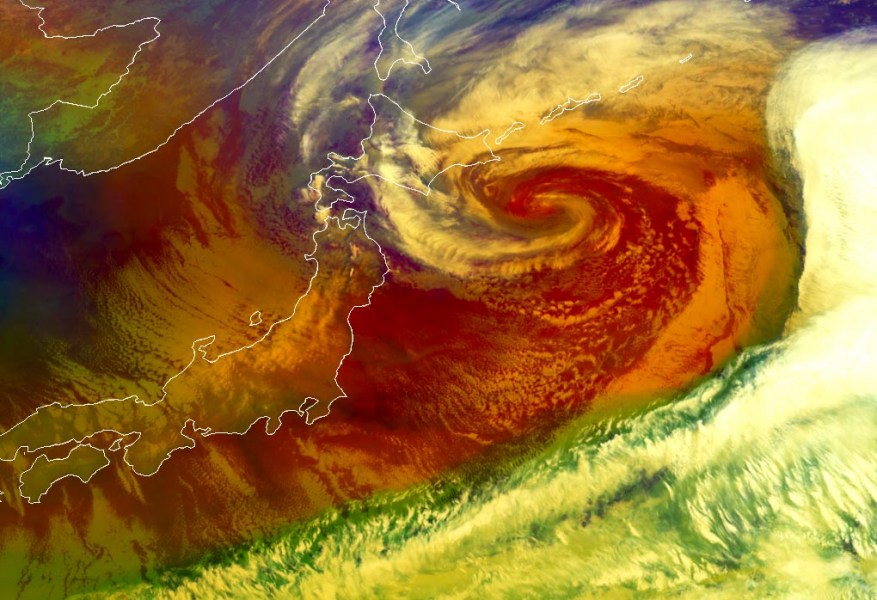 System is quite large and is now at its peak. As it’s pretty deep, its wind field is also across a broad area and should maintain its strength until it reaches the Aleutian Islands on Saturday. At that time, cyclone’s central pressure will already be about 20 mbar higher than currently. 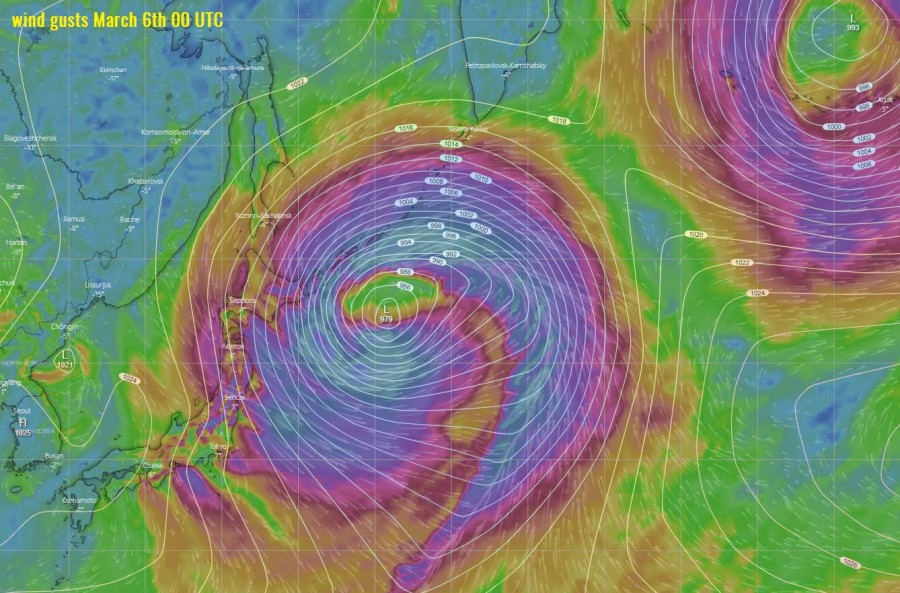 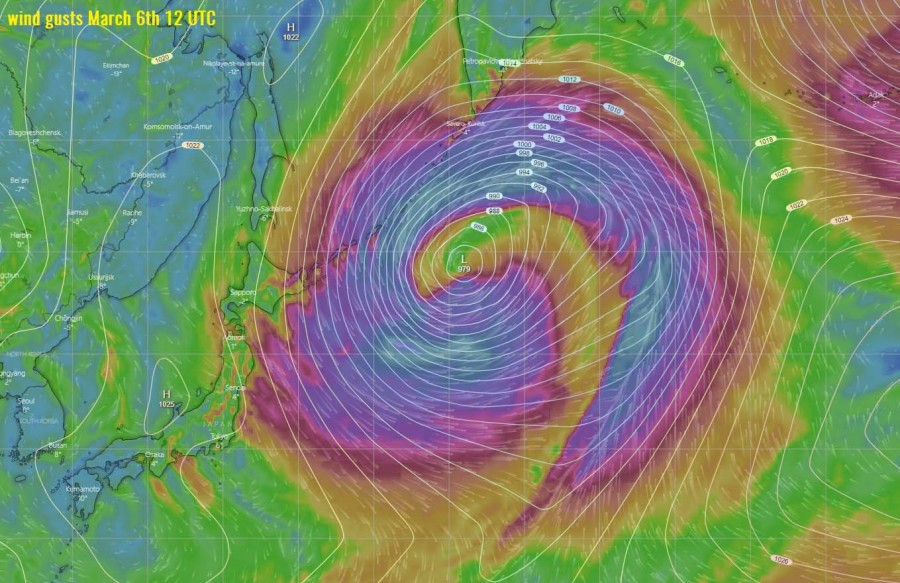 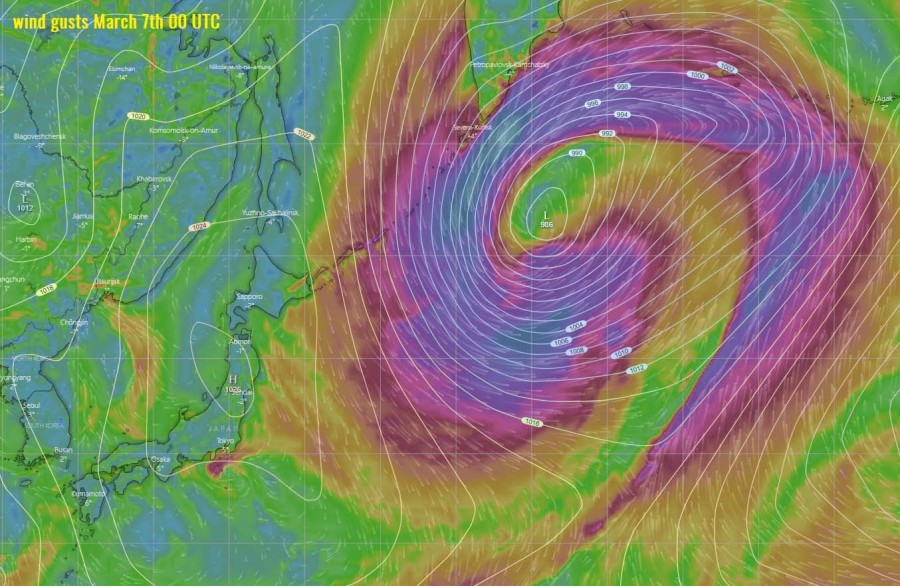