As it has already been discussed in our previous forecast, this Friday, July 31st, will bring an extreme heat to parts of western Europe. France could hit 38-42 °C in many areas, Benelux should peak around 36-37 °C and England reaching 31-33 degrees Celsius. This will be, so far, the hottest day of the year! 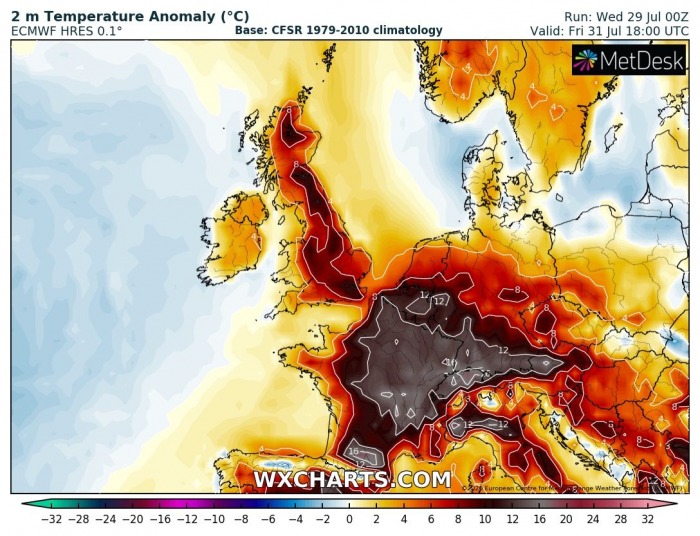 The upper-level pattern is building up an omega blocking ridge from south-central Europe towards the west. This will bring hot weather with the building surface high-pressure system, bringing much warmer air mass with southerly winds from France. 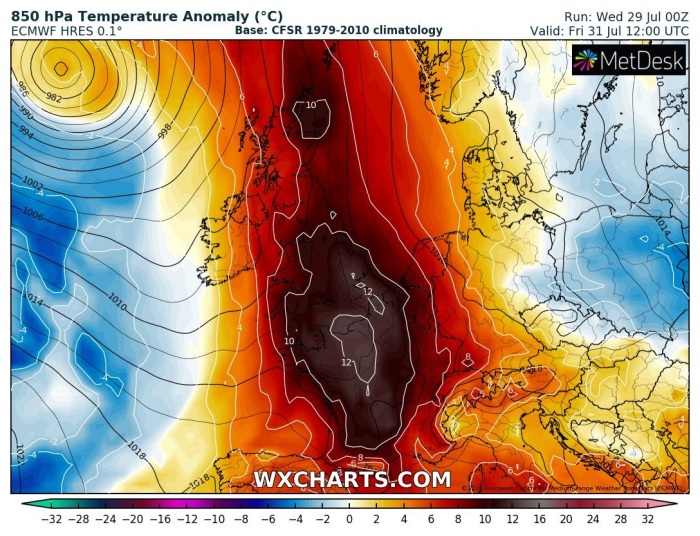 Here are the likely peak temperatures across western Europe this Friday: 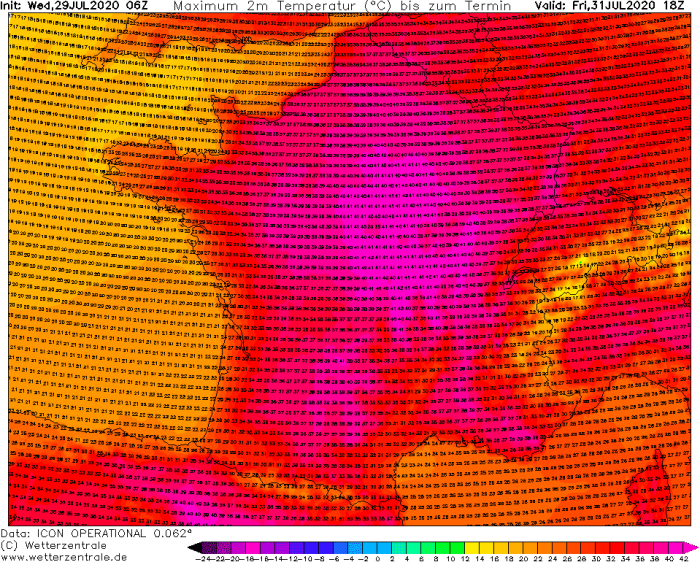 London Heathrow airport reached +32.6 °C in June, but it is likely we will be seeing a shy higher temperature this Friday. Southeast parts of the country could peak around 33-34 °C locally. Up to nearly 30 °C in the Midlands and northern England. Around mid-20s across part of Scotland. 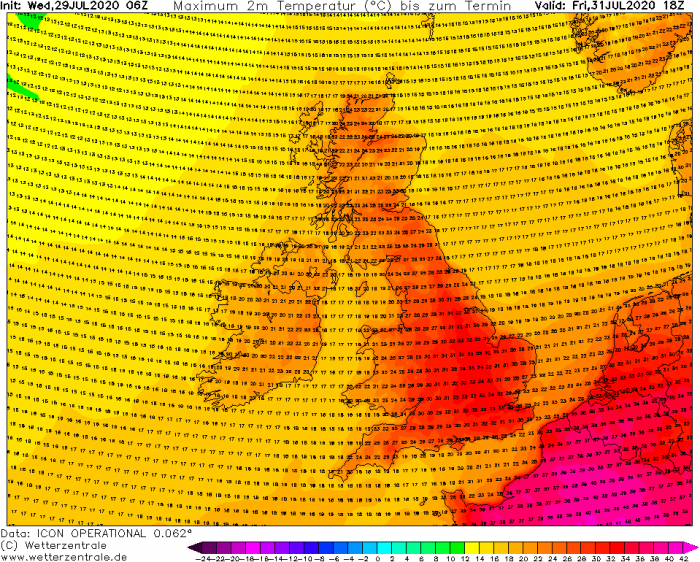 While the ridge axis and the hottest air mass stays over France, the extreme heat should also extend into part of Benelux. Especially central Belgium could locally see 36-38 °C peak temperatures on Friday. 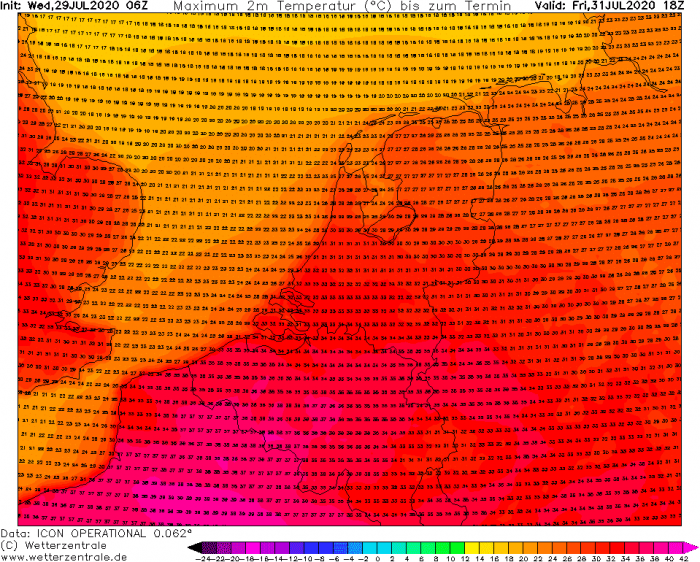 Let’s not forget about the Iberian peninsula. Models are hinting that temperatures may well exceed 40 °C in parts of southern Spain! Potentially also in extreme southeast Portugal. 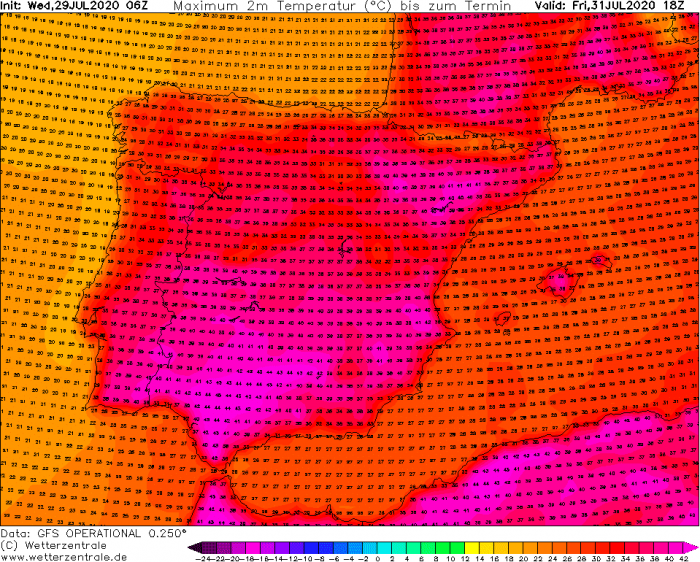 However, the heatwave will be very short-lived. As on late Saturday and Sunday, much cooler conditions will spread from the Atlantic and extend into next week.

See our previous discussion on this event:

And also the overall discussion on the developing heatwave across large part of Europe: