Although July has been rather dynamic and mostly lack any extremely hot weather, its final days will bring a strong heatwave over parts of Europe. Temperatures are expected to push into the mid to upper 30s in many areas. Possibly even touching the 40 °C mark locally!

The overall pattern over our continent is changing this week. The persisting upper-level low geopotential is finally washed away, at least for some time. An omega blocking pattern starts building through mid this week and intensifies over the weekend. This pattern change will bring much warmer to locally extremely hot temperatures, especially in the valleys!

With the strengthening upper-level ridge across west-central Europe on Thursday, a strong warm advection takes place towards the north. Also due to an established southerly flow (Spanish Plume) ahead of a large North Atlantic depression. Very hot weather spreads into France. 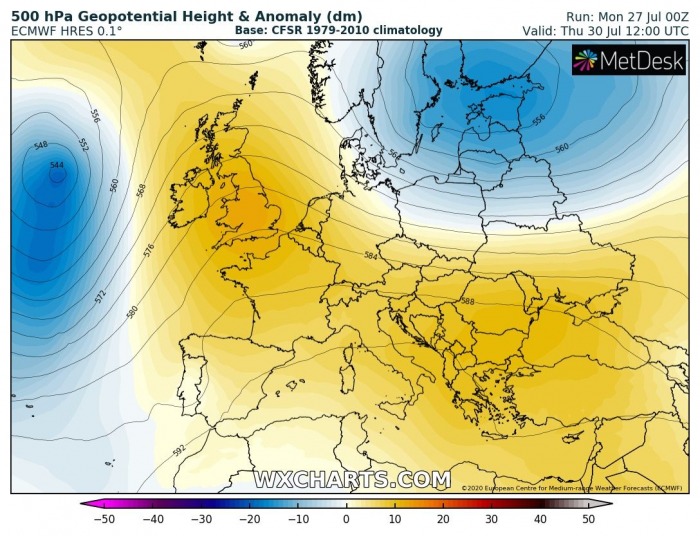 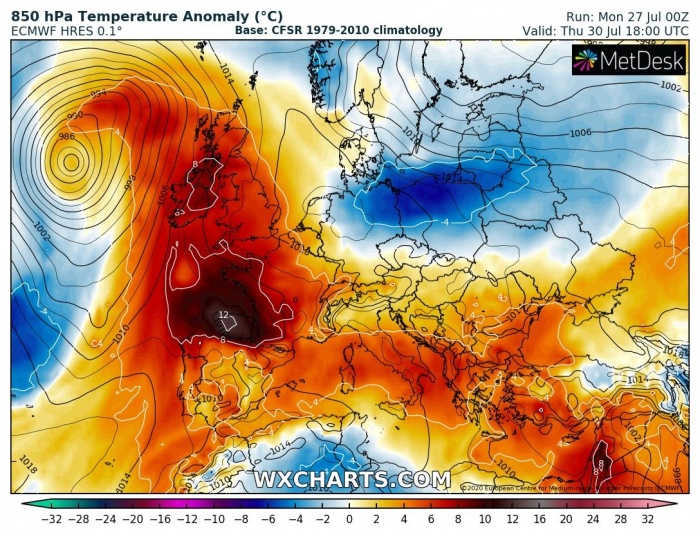 On Friday, the hottest air mass accumulates under the fully-developed upper ridge. From a combination of both air mass descending within the ridge and warm advection from the south. It will be extremely hot over France, while the heat also spreads into Benelux, England and into central Europe. 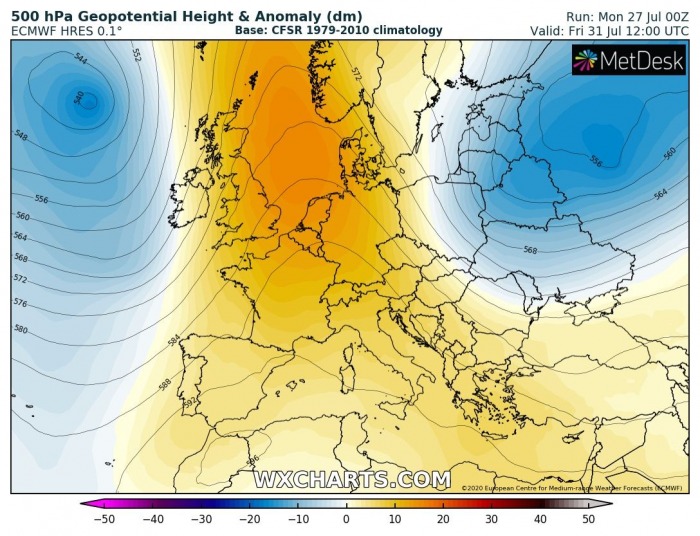 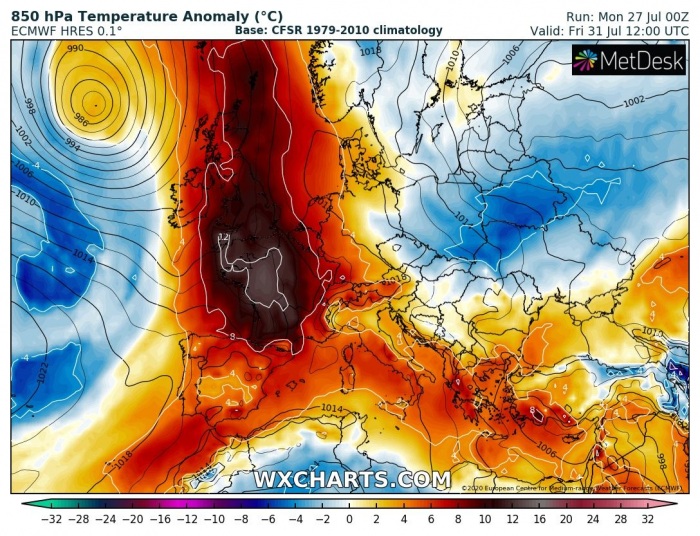 While France and the UK should see lower temperatures on Saturday, the heatwave persists over central and southern Europe. A hot day is expected from Germany to Italy and the Balkans, locally very hot. 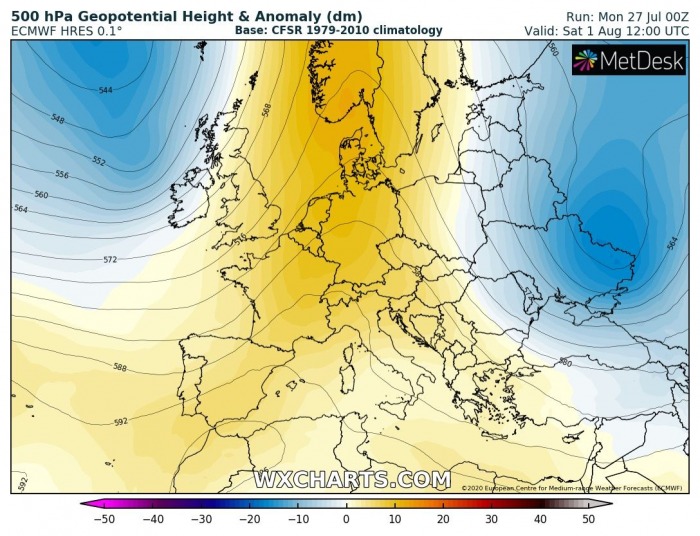 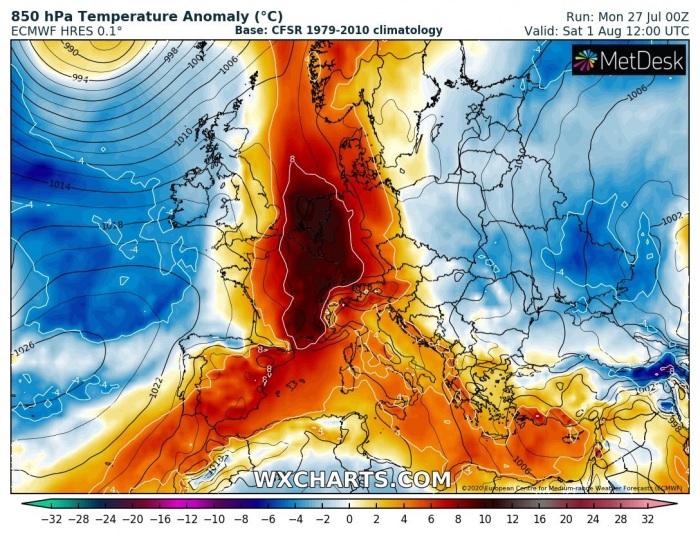 It will be particularly hot over France on both Thursday and Friday. Sitting right beneath the upper ridge/omega blocking pattern will allow temperatures to climb very high. Much of France (excluding the far northern parts) will experience 36-40 °C. Possibly even a tad higher in the valleys on the south. 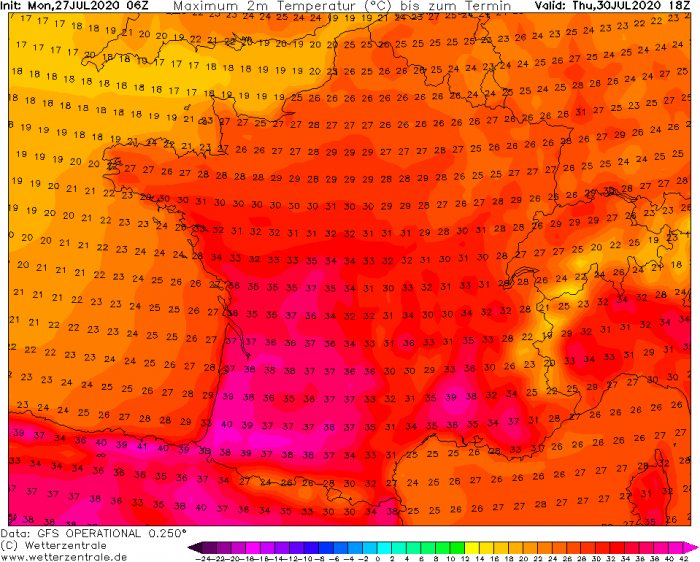 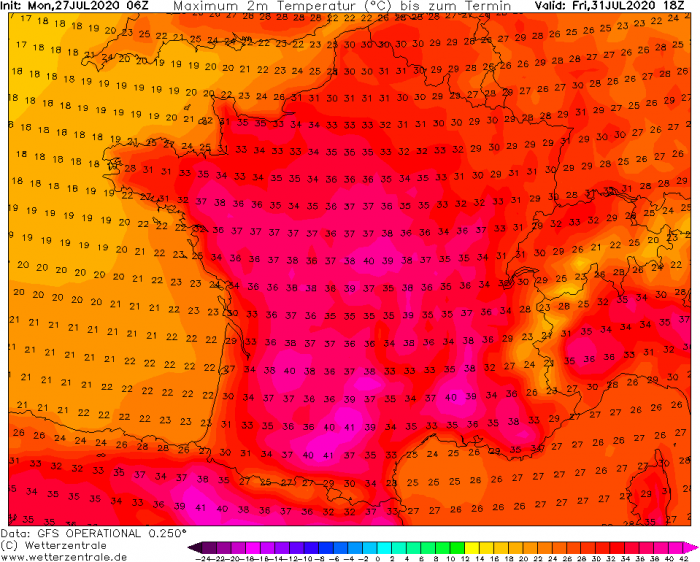 Southern Europe and the Balkans

Hot to locally very hot weather develops over Italy and the Balkans. Many areas should experience the mid to upper 30s, while some valleys are likely to approach +40 °C from Thursday through Saturday. The weekend will be the hottest of this summer so far! 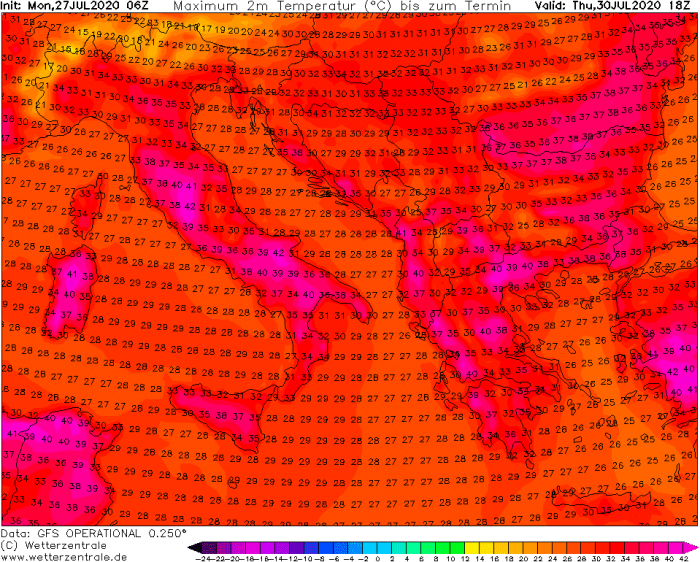 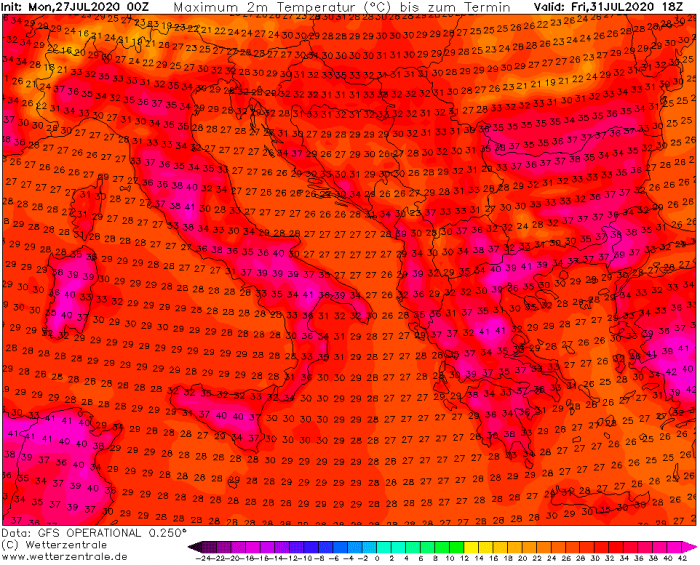 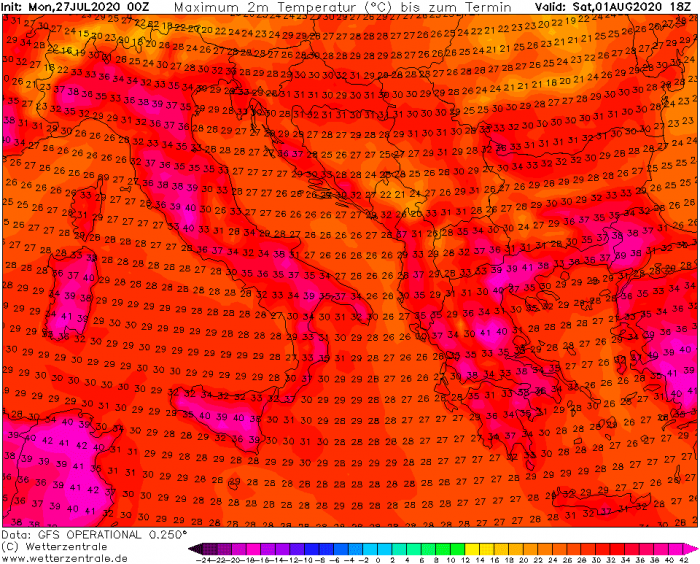 Heatwave over the Iberian peninsula does not break, actually. It has been hot to occasionally extremely hot over the past 2 weeks. Again, temperates locally in the upper 30s to low 40s are likely to persist from Wednesday to Sunday. 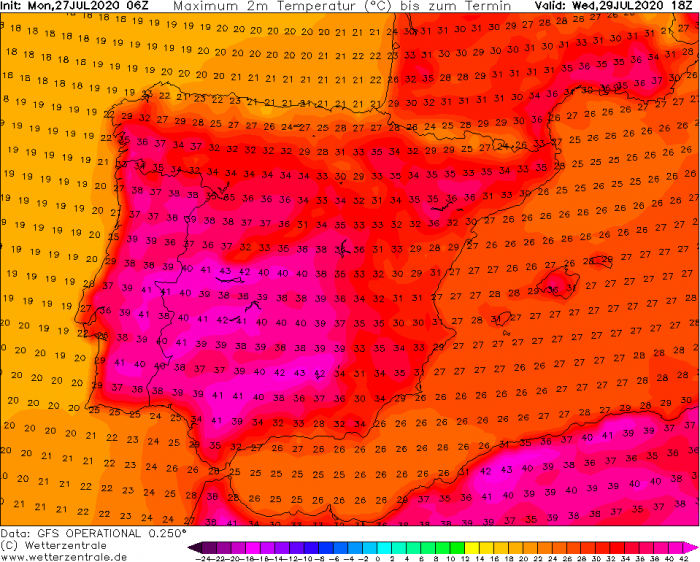 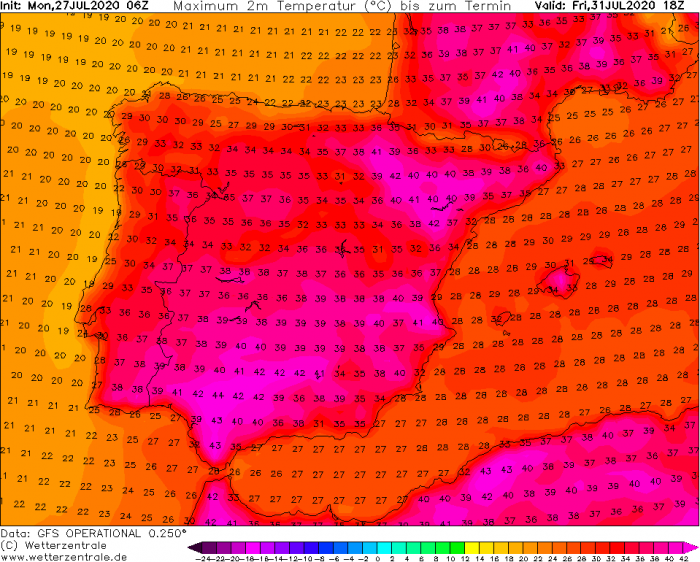