We have discussed about the explosive development of the new extra-tropical cyclone in the Northwest Atlantic this morning, but there is more in the North Atlantic today. A relatively small, but intense and very photogenic cyclone is moving east to the immediate north of the Azores. This system is at its peak strength right now and is moving into the Bay of Biscay – expected to weaken this weekend while approaching northern Spain and western France sometime tomorrow. It is important to note that the related upper wave will likely develop potentially dangerous winter weather across parts of Spain next week – stay tuned for discussion about it over the weekend. 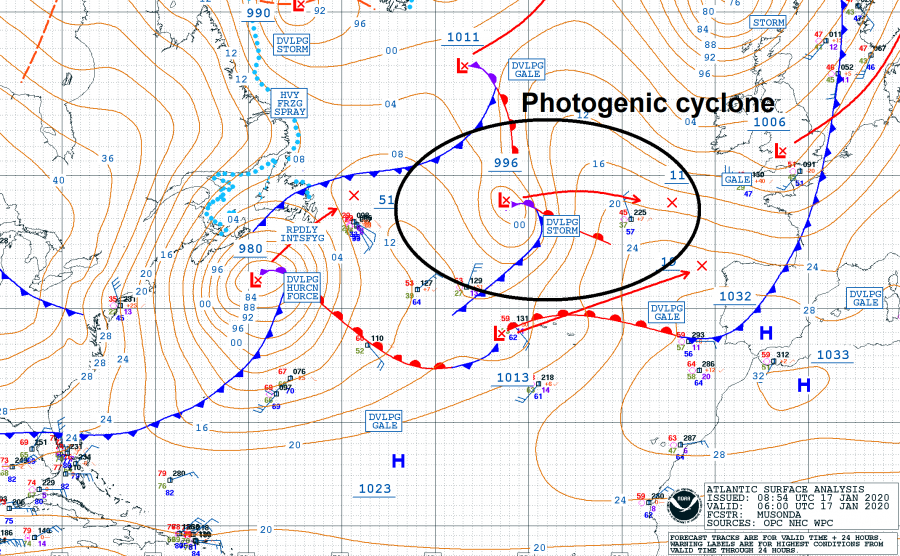 Satellite imagery is simply remarkable this morning, revealing a textbook cyclonic structure of the system. See how relatively small is it, but perfectly structured and gives us a cute satellite presentation. Wait, did we just say cyclone looks cute? :) 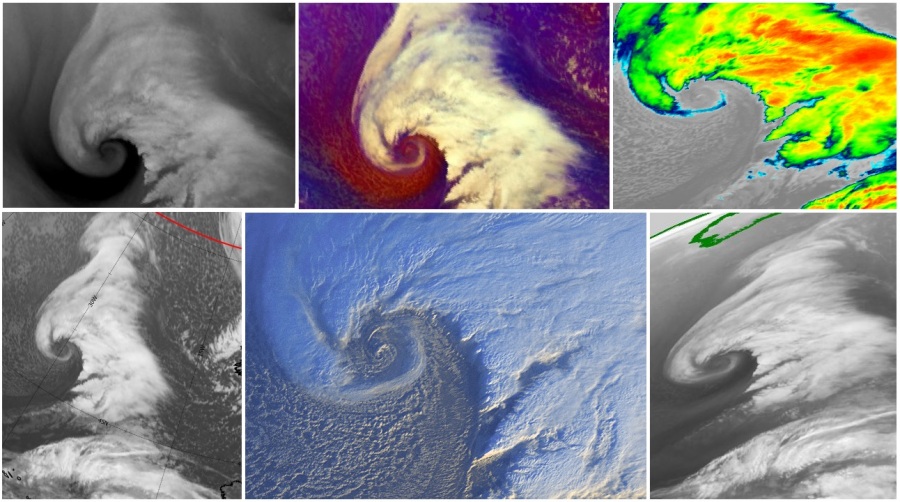 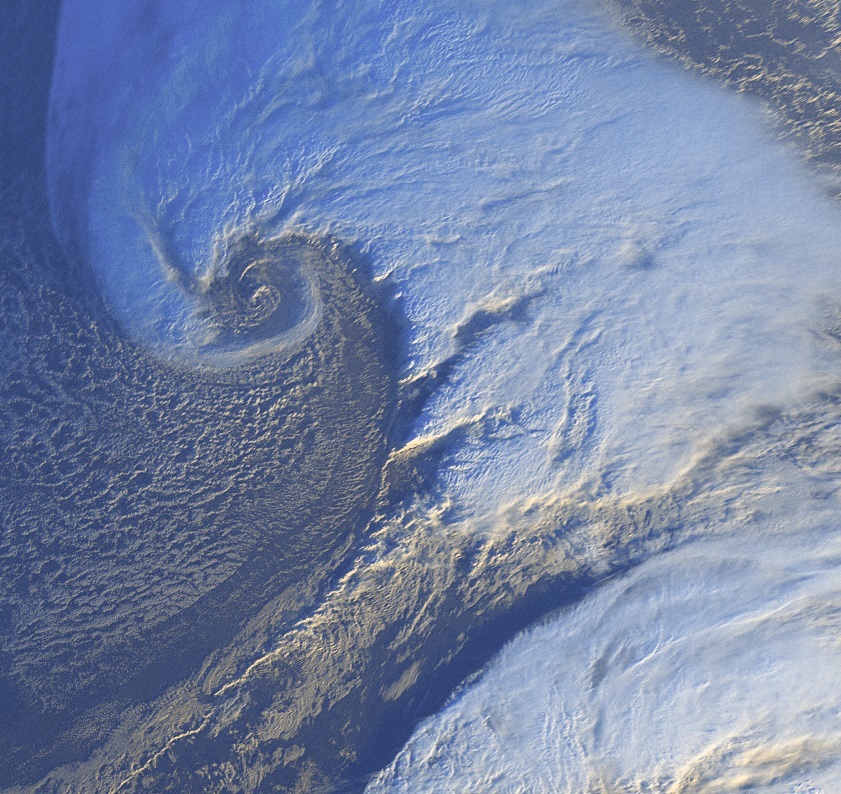 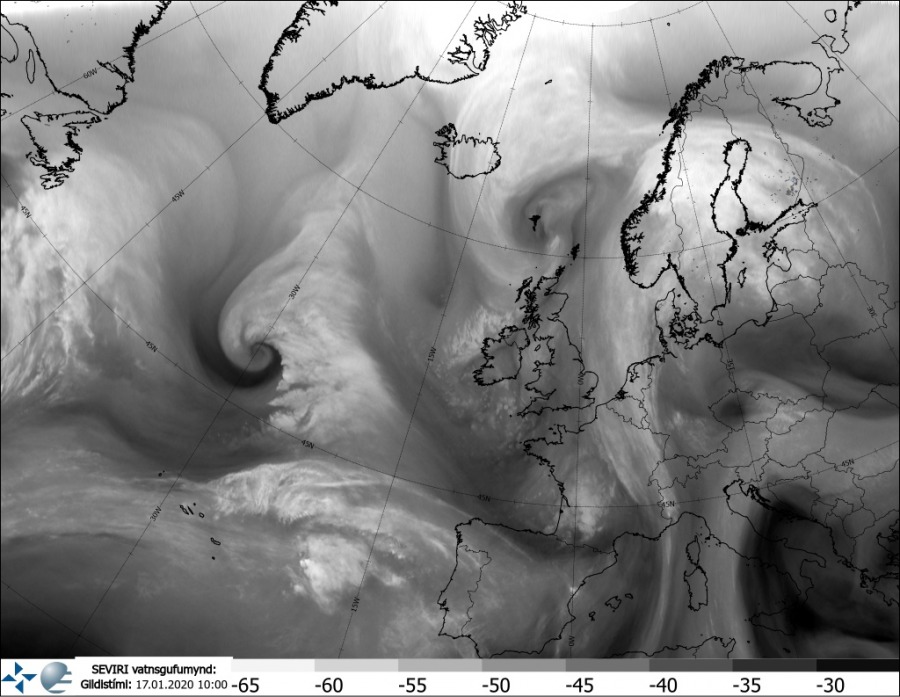 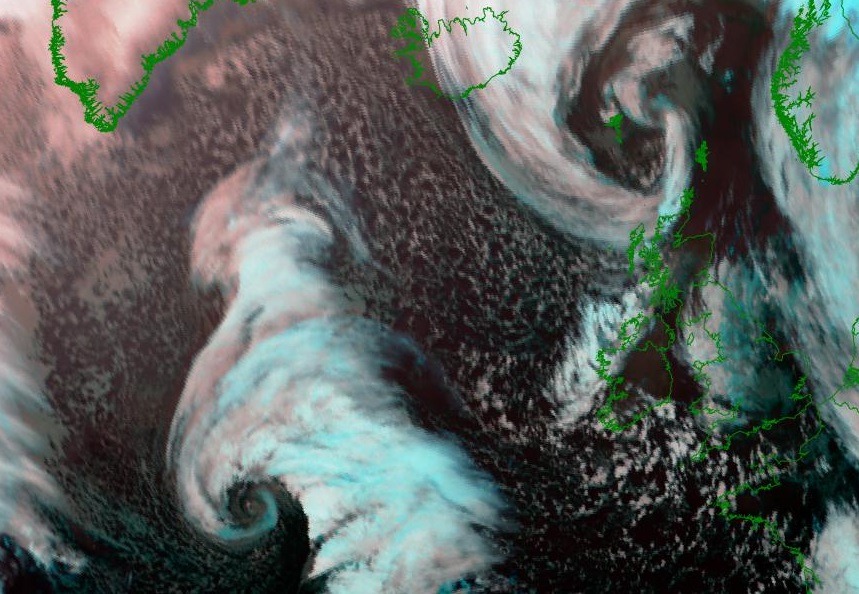 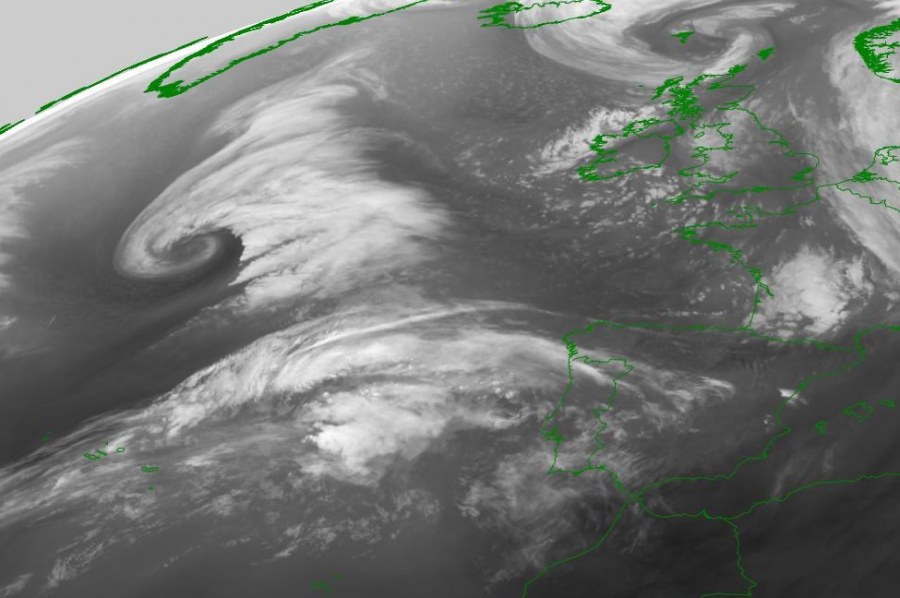 As mentioned above, the wave responsible for this cyclone will be moving across the Bay of Biscay into northern Spain and drift into the western Mediterranean over the weekend. Potential is increasing it will result in the large secondary cyclogenesis along eastern Spain and develop a winter weather period with locally quite some snow across eastern Spain. More on this event will be discussed in the coming days – stay tuned! 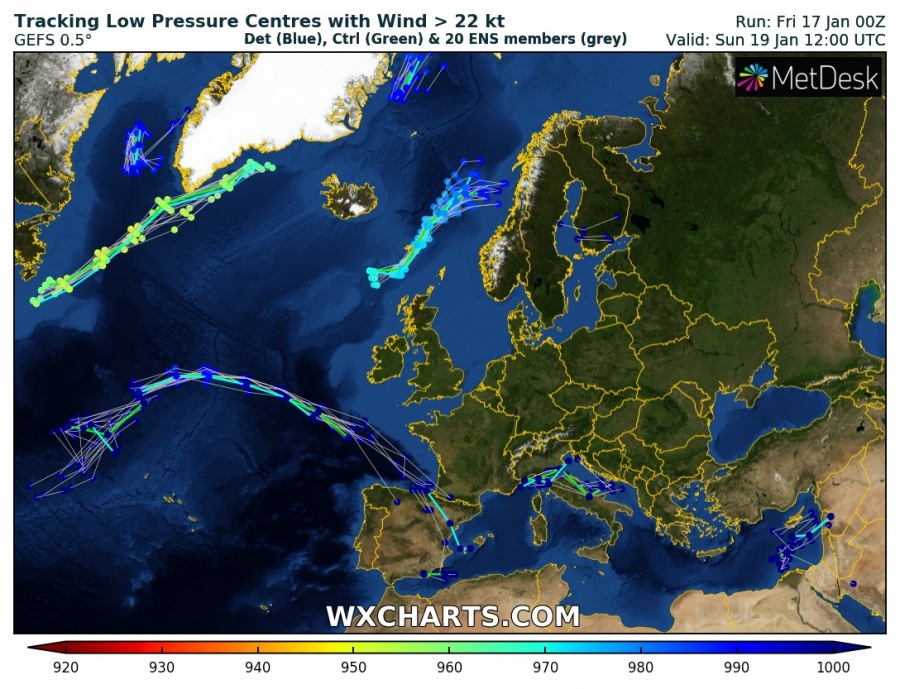 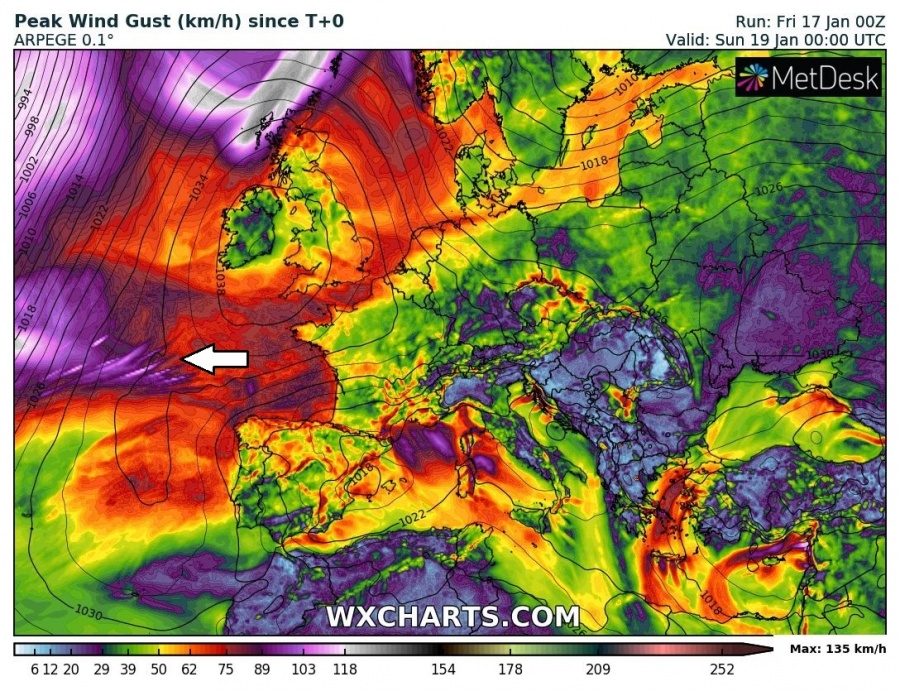 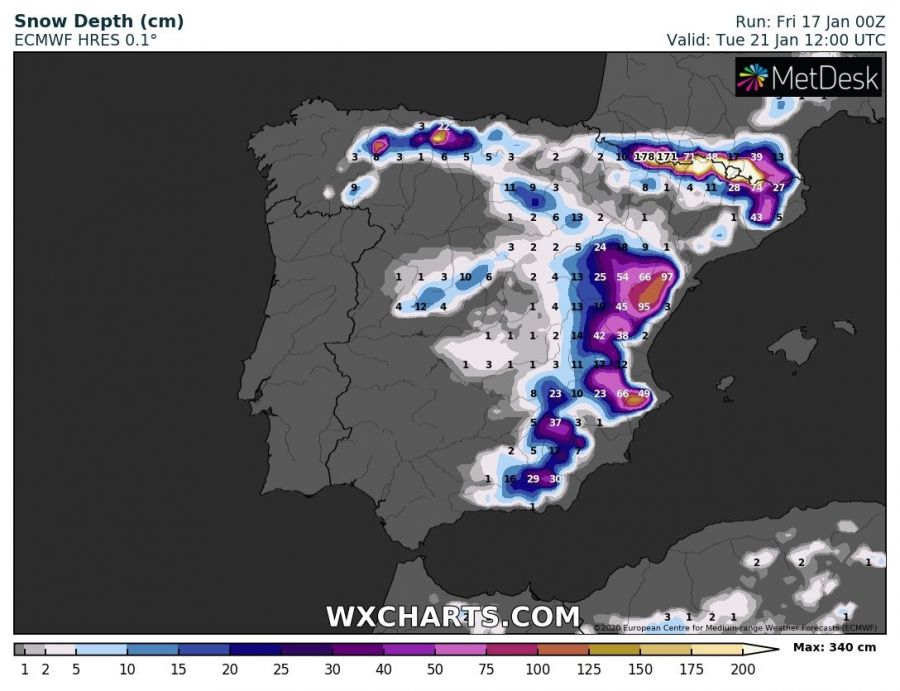