The cold front associated with the ongoing violent windstorm #Jorge ejects from the UK by midday Saturday and advances further east into continental Europe in the afternoon hours. It appears likely a sharpening cold frontal boundary could develop a well-defined line with shallow convective cells, supporting severe wind squalls and heavy rain.

Saturday’s pattern over Europe consists of a very deep upper trough centered over western Europe, with an associated deep surface cyclone – storm #Jorge. Its a frontal system with a well-defined cold front will push across the UK, the North Sea, the English Channel into France, Benelux, and Germany. By early afternoon, the front reaches Benelux and rapidly advances east into Germany through the mid/late afternoon hours: 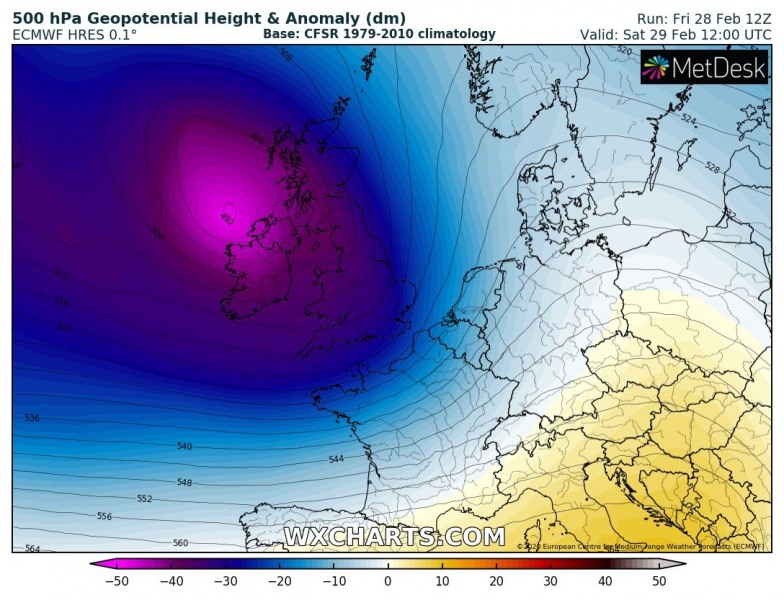 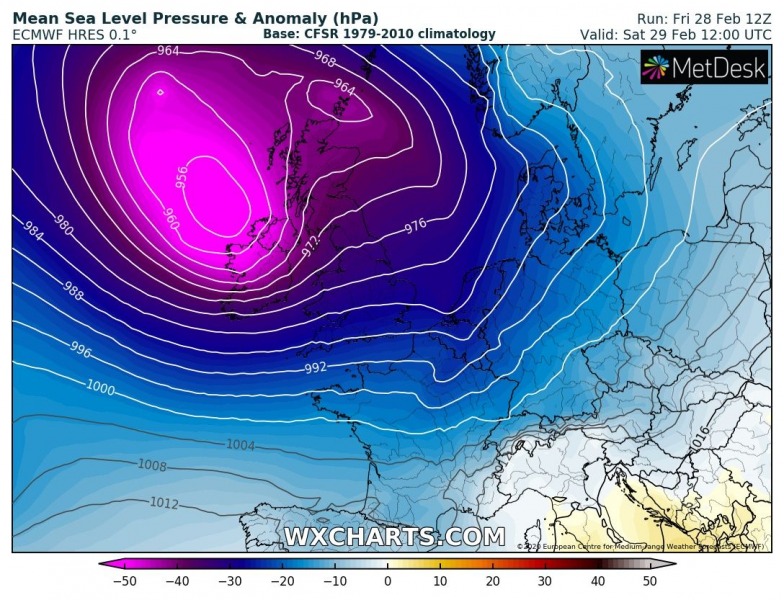 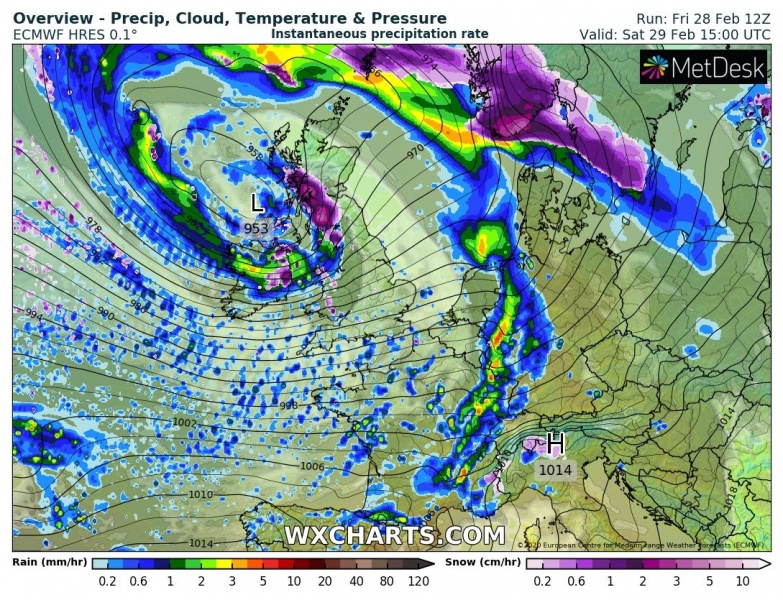 A closer look of the rapidly moving cold front by high-resolution AROME model – a well-defined severe convective line is shaping up: 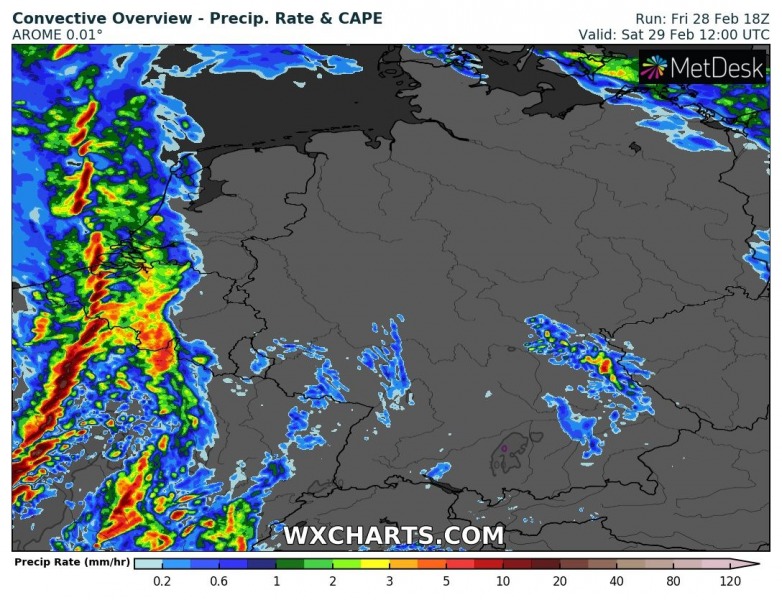 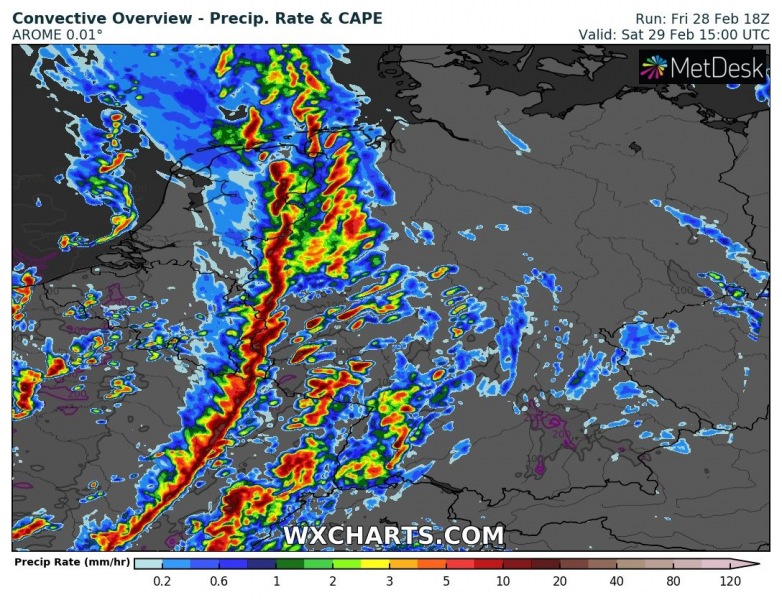 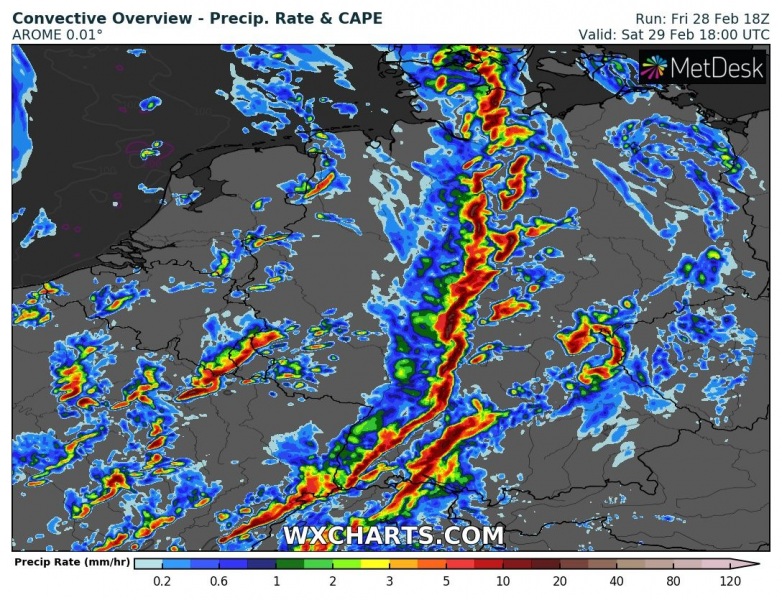 Peak wind gusts are likely to meet severe criteria (above 90 km/h) in a broad area from the English channel, Benelux, France, and Germany. The highest gusts might reach 120 km/h if more robust convective cells develop along the moving front. 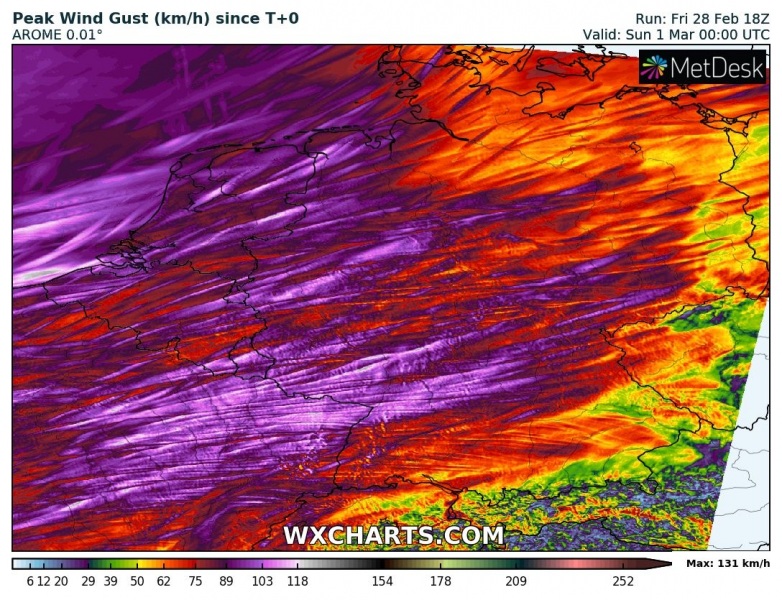 Stay alert for dangerous severe winds along the leading line, peak gusts could reach up to 120 km/h!