A deep ~ 947 mbar cyclone is currently ongoing over the North Atlantic, centered to the southeast of Iceland. Its frontal system is pushing a cold front across western Europe today, expected to deliver an organized line of convective storms along the leading cold front. If enough instability can build-up ahead of it, potentially also a squall-line with embedded severe storms and gusty winds is possible.

Today’s pattern over Europe reveals a deep trough and an associated deep cyclone near Iceland, with a short-wave crossing western Europe. Delivering the surface cold front across UK and Benelux this afternoon, towards Germany tonight and Poland tomorrow morning. 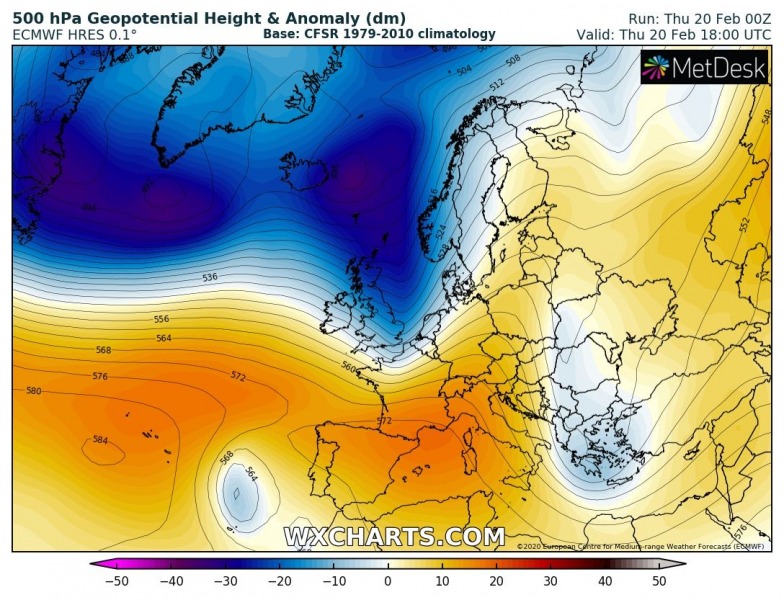 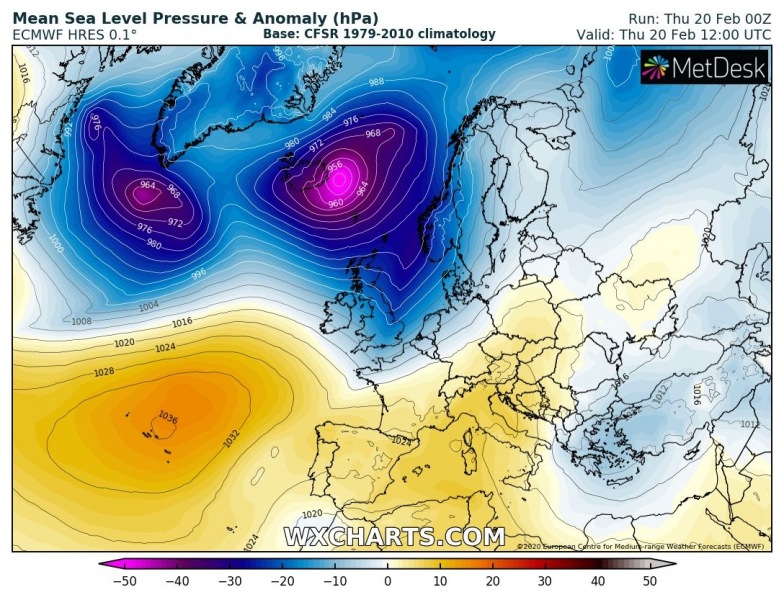 The frontal system is quite large, also the cold front is quite long. Extending from the slowly occluding deep low near Iceland across the Norwegian sea into the UK & Ireland and further southwest across the Bay of Biscay towards the Azores. However, the strongest push and the most interesting part of the front remains from around the English Channel northwards. 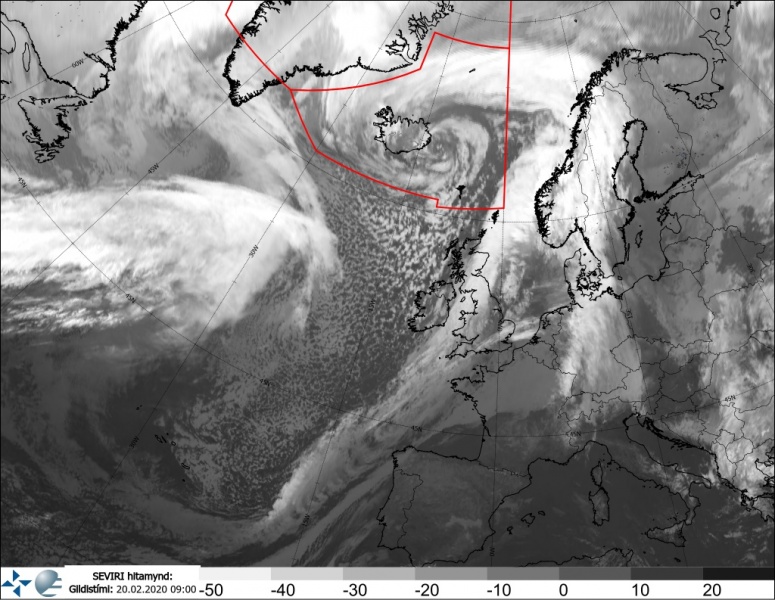 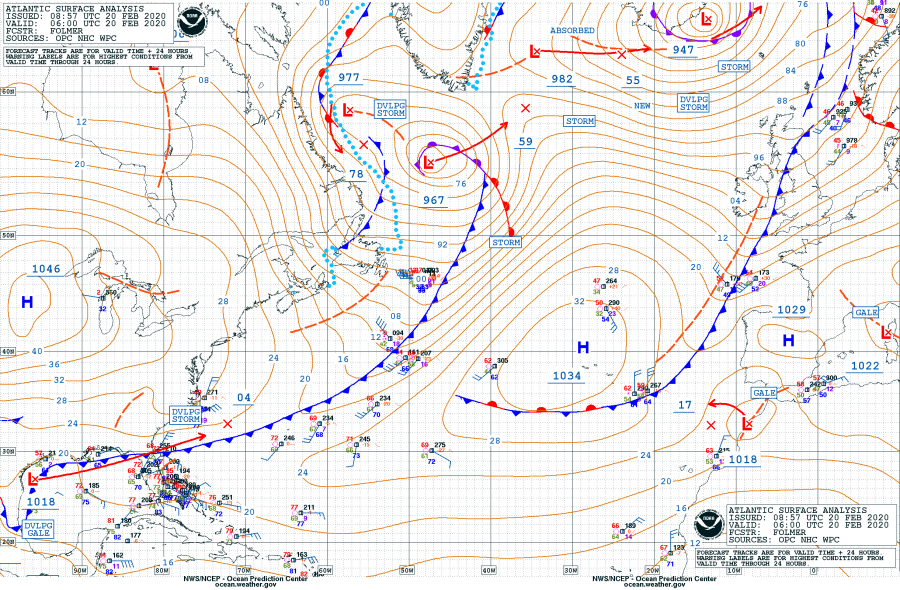 A cold front is racing across the UK this morning, some storms (including potentially severe) with gusty winds and small hail are possible in the coming hours. The front is associated with the deep cyclone near Iceland. Animation: @meteociel pic.twitter.com/yvO55Mbjp4

The front moves across southern England by mid-afternoon hours, begins entering Benelux around 4-5 pm today, Feb 20th. It will be strengthening through the evening hours, likely becoming a strong-line of storms across northern France, Belgium and the Netherlands. Gradually moving east into western Germany, but weakening overnight. Still, it will deliver some convective activity along its progressing towards the east. 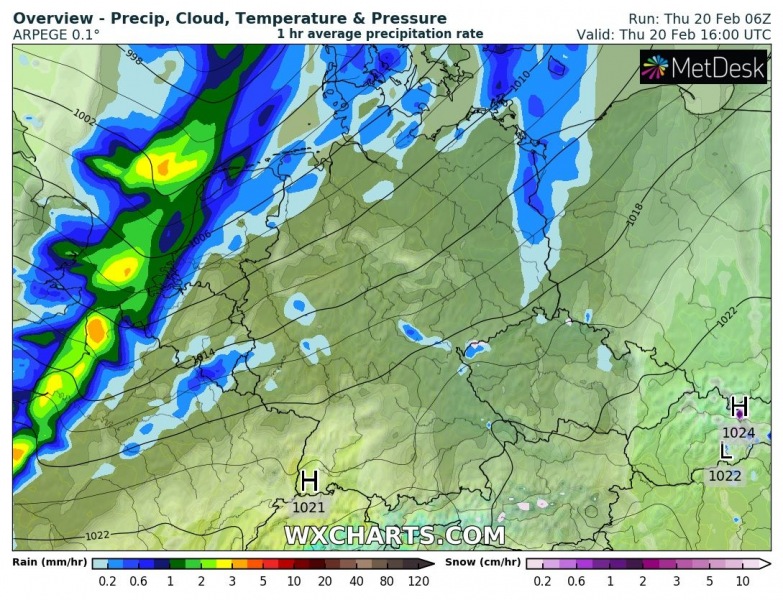 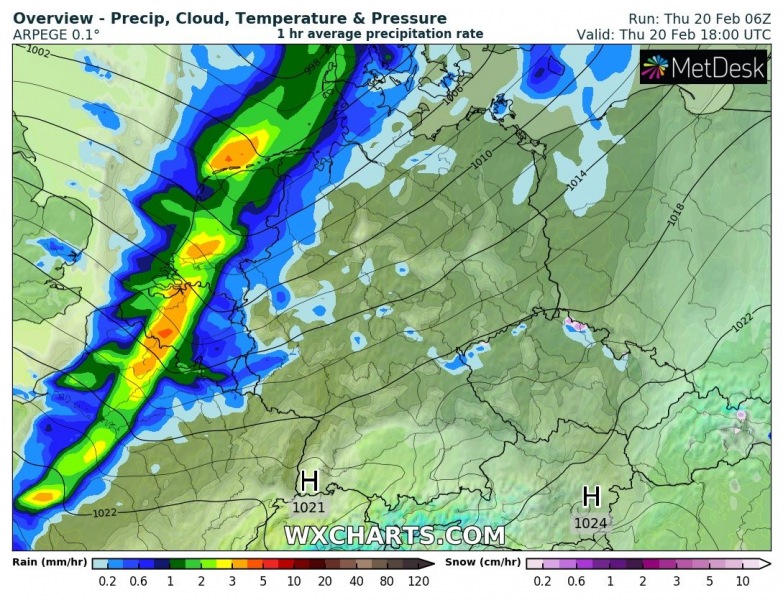 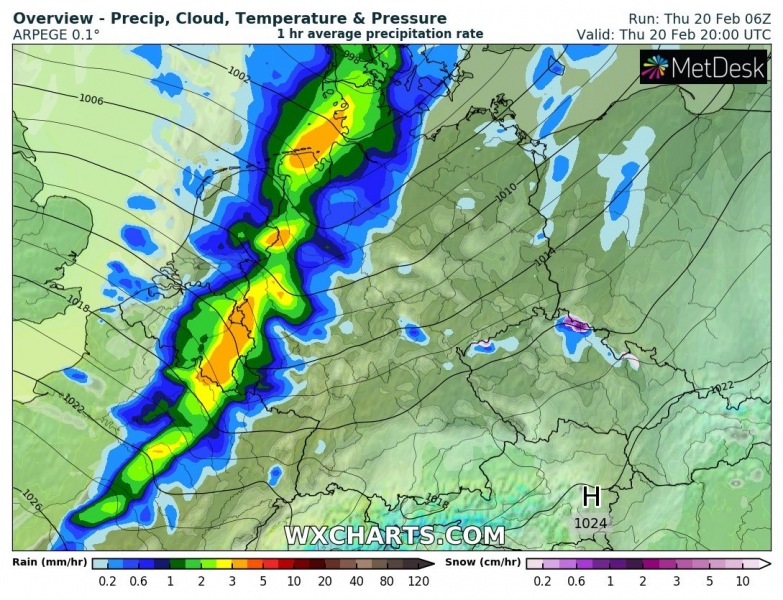 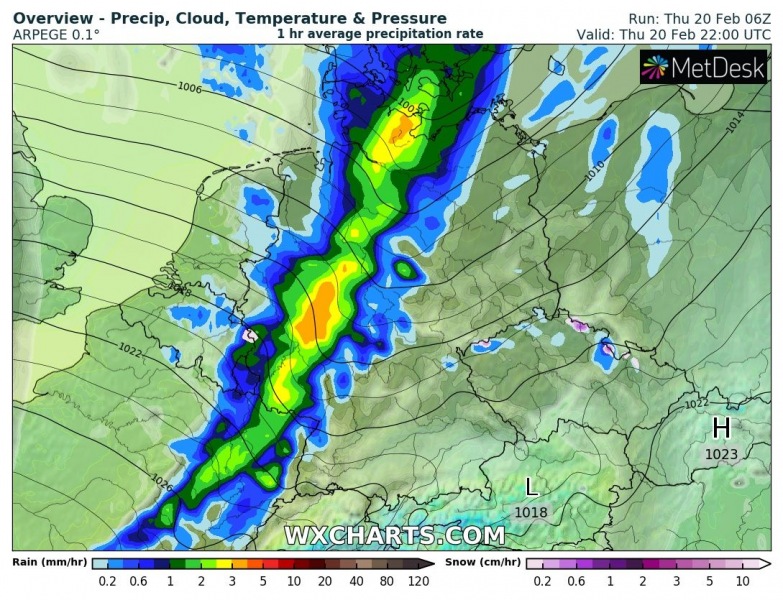 The most aggressive model is once again AROME model, hinting quite a strong squall-line blasting east-southeast along the leading front. The severity of the convective line will strongly depend on how much instability can build up ahead/along the front. 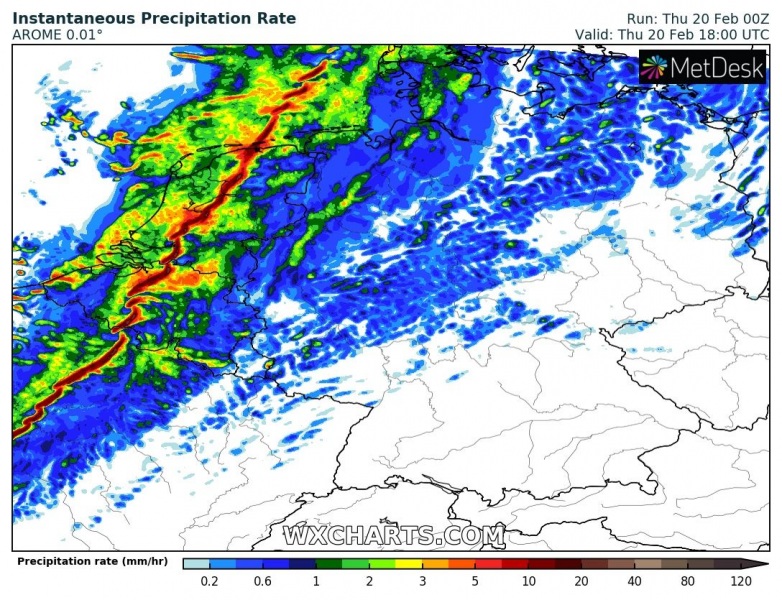 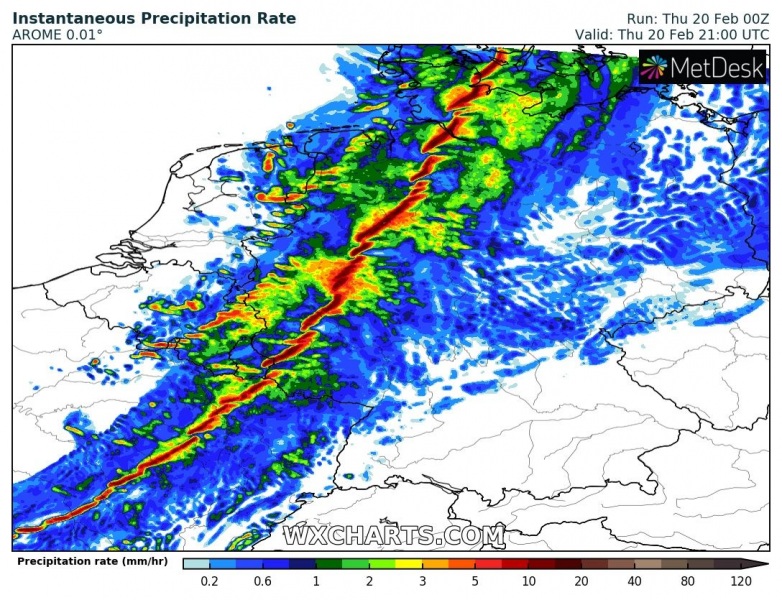 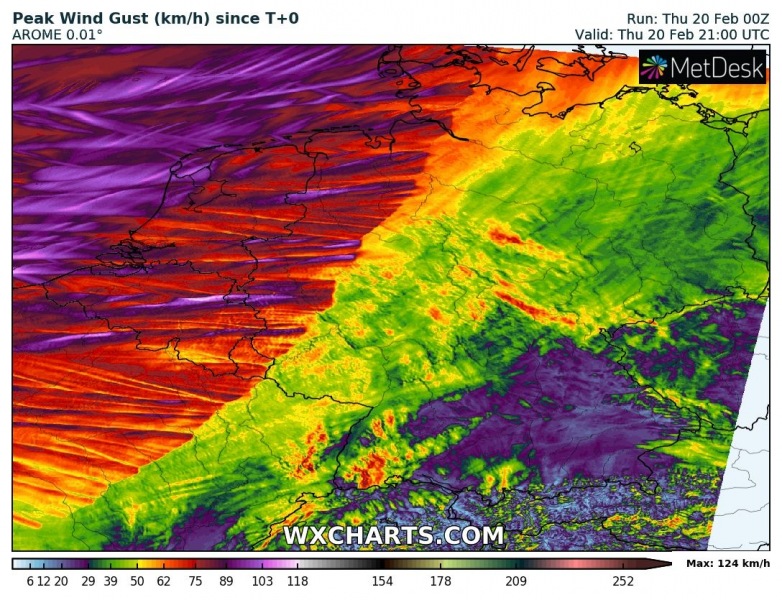 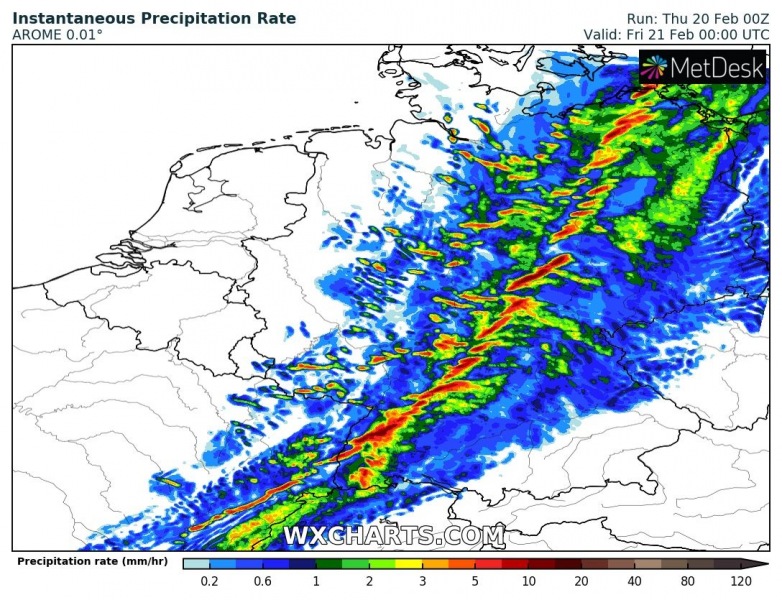 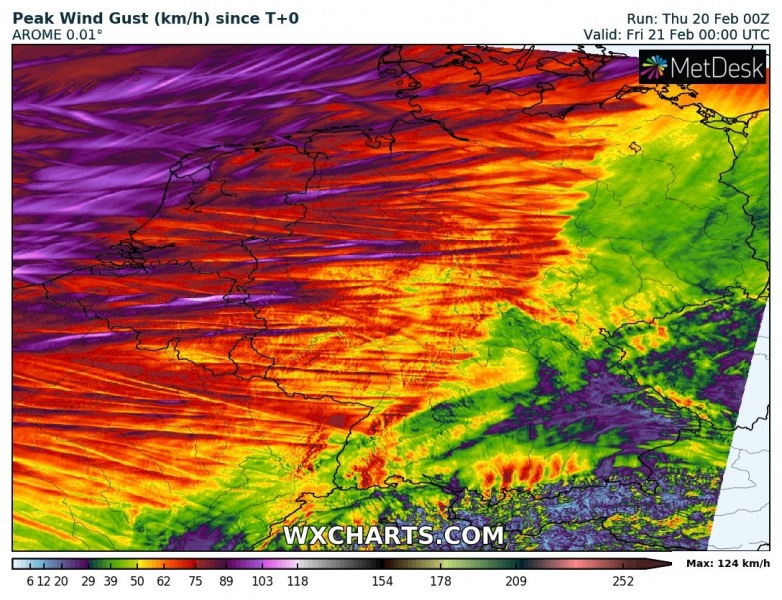 Peak wind gusts are expected to reach severe criteria in some areas, especially from southeast England and across the North Sea into the Benelux region and northwest Germany. Locally reaching 100-120 km/h within the rain squalls along the moving front. 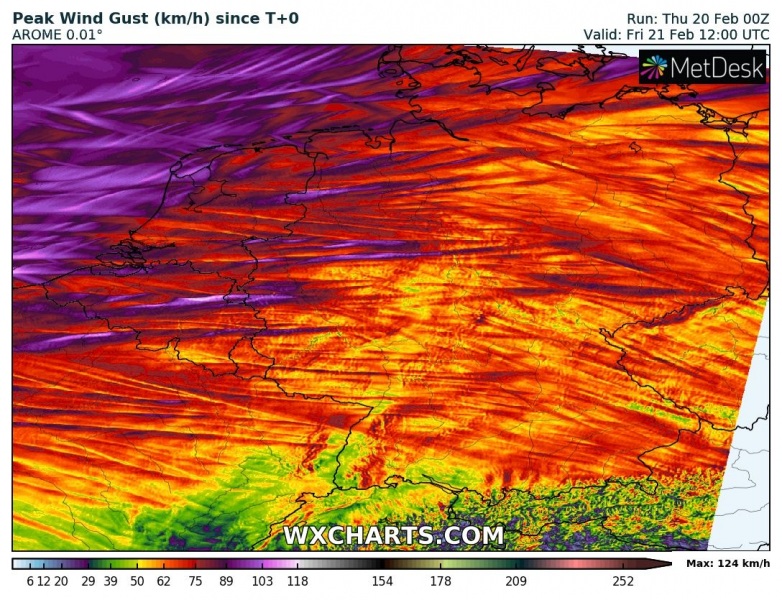 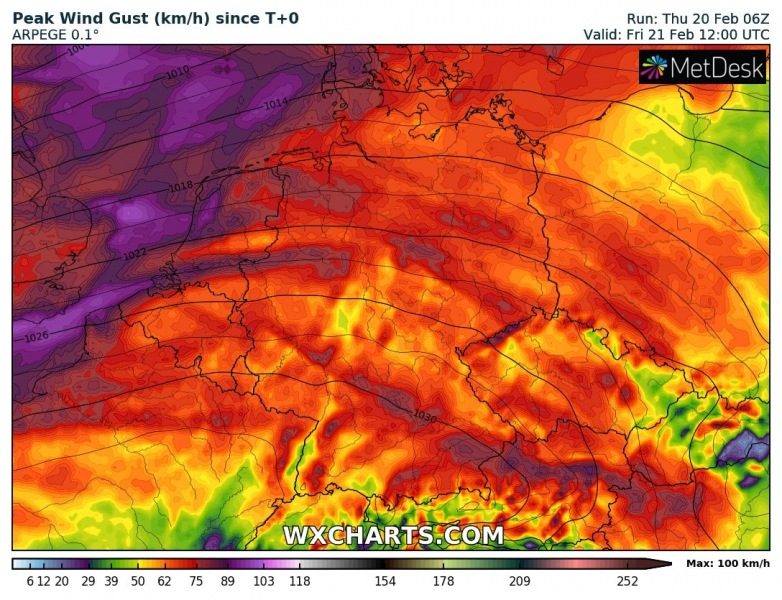 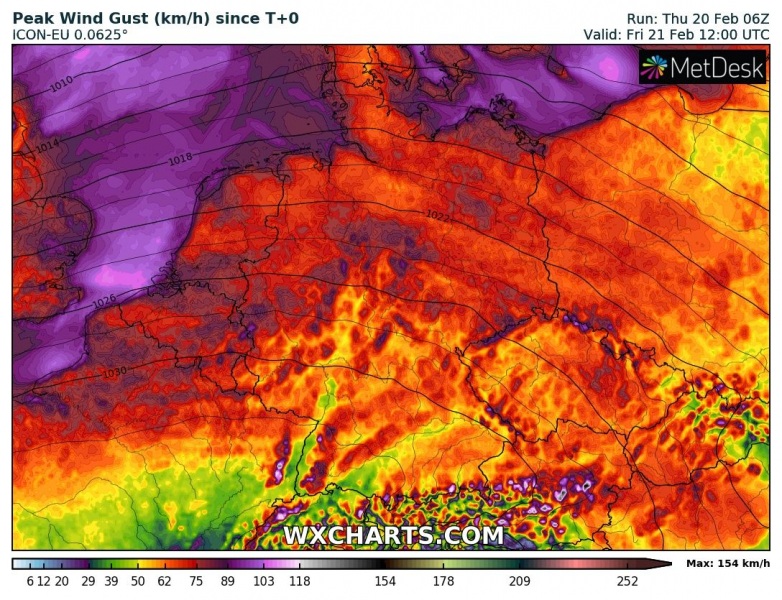