Seriously, there is an increasing potential for a pattern flip in early February. Finally, after many weeks we could say. Both global models GFS and ECMWF are hinting a strong upper-level ridge develops over the North Atlantic and result in an Arctic cold outbreak on its eastern side. This means the north-south oriented channel establishes a meridional flow across the western and central Europe, delivering much colder air mass from the Arctic region far south into the mid-latitudes. Let’s take a brief look at what is appearing on the forecast maps.

If we compare what ECMWF and GFS models are trending – both agree in development of a strong (powerful) upper-level ridge over the North Atlantic, ECMWF being a bit more aggressive. To its east, troughing seems to be forming, advecting much colder airmass from the Arctic region far south into western Europe and also towards central Europe, Mediterranean and Iberia. Indeed we have to be aware these are still ‘only’ deterministic runs, so a lot can change… but both models are for now surprisedly well-aligned on these trends so far in advance. 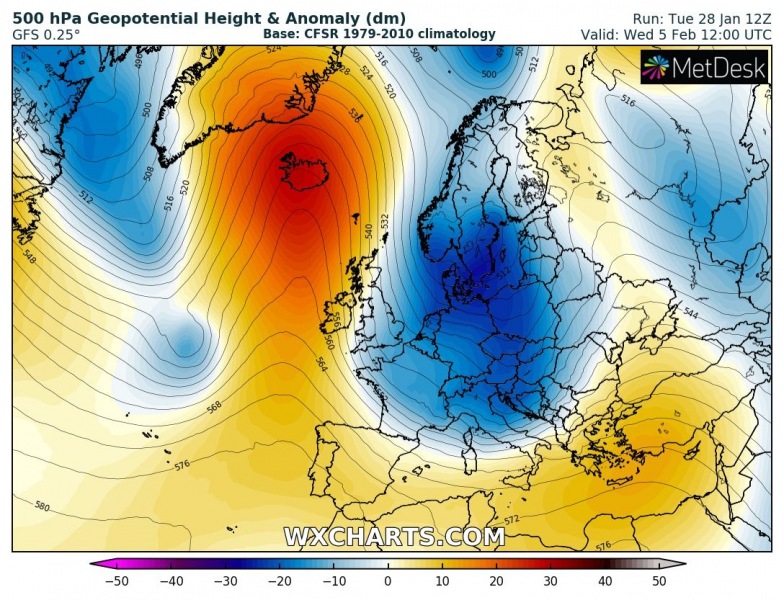 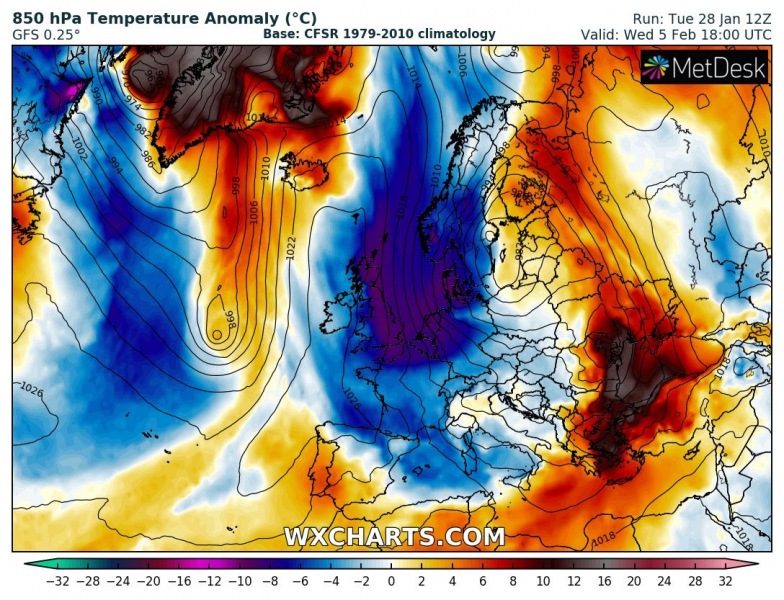 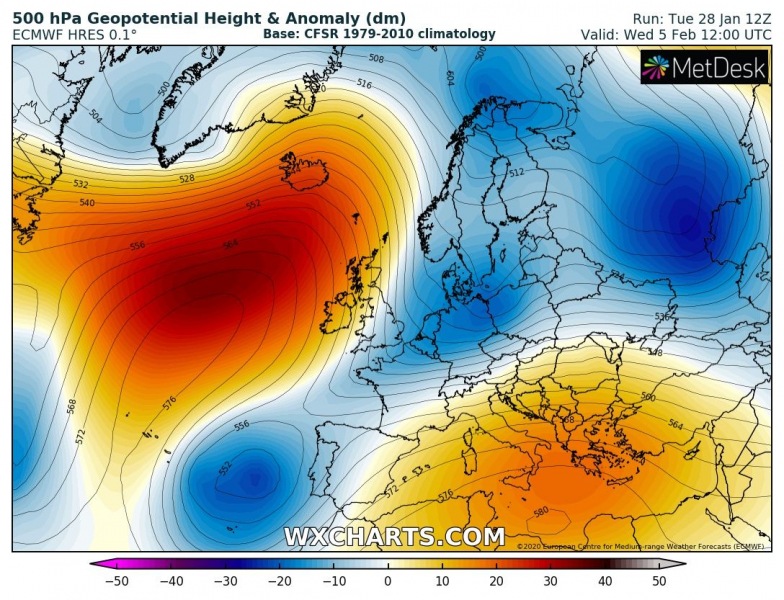 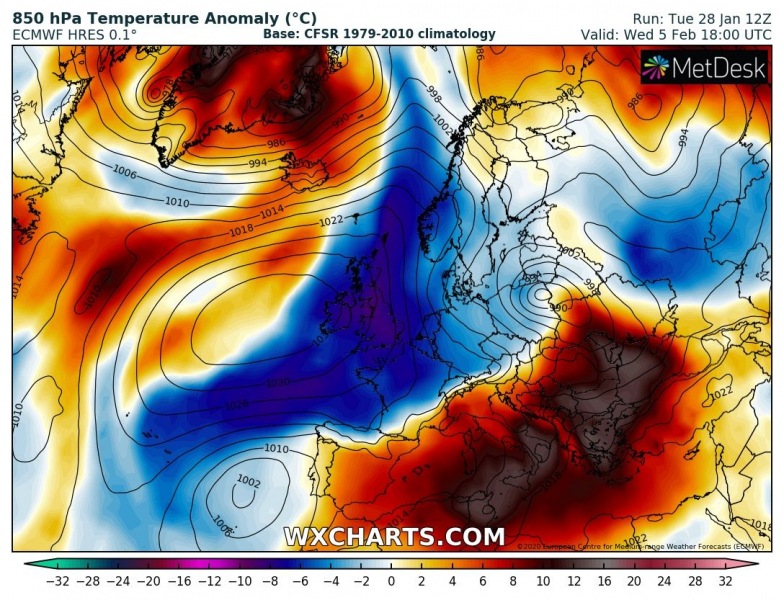 To concur these trends, here are the ensemble forecasts by the same models, ECMWF and GFS – so, GEFS and EPS forecasts. Both are well-aligned hinting a strong high-pressure system over the North Atlantic and a broad cold outbreak into western and later on also into central Europe and towards the Mediterranean. 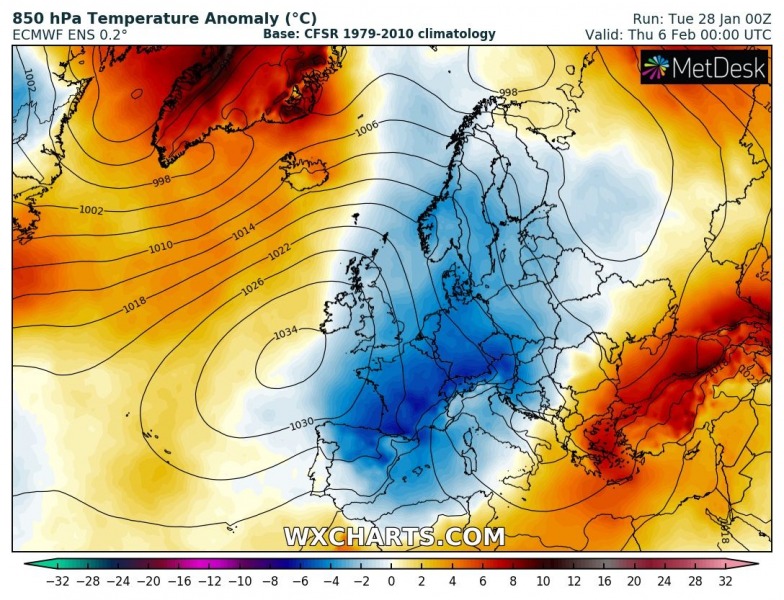 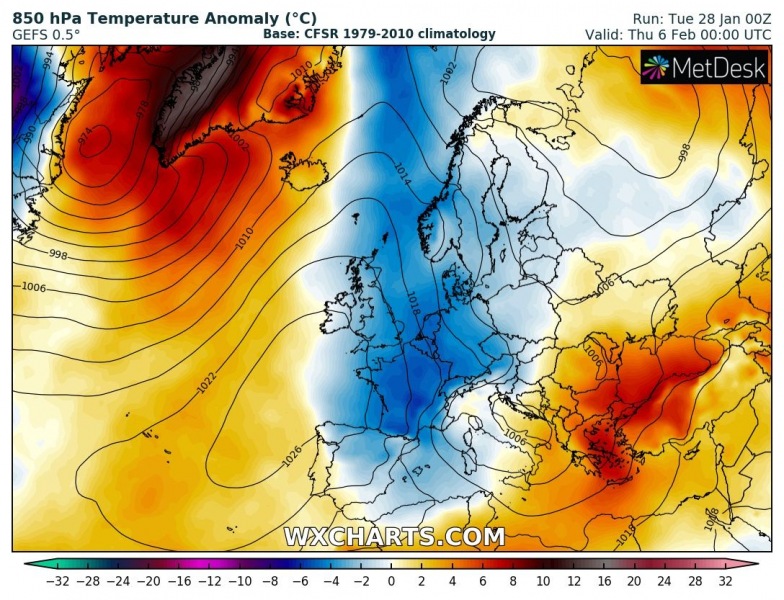 Such pattern would undoubtedly significantly enhance chances for snow in some parts of Europe, but indeed… this is still more than a week ahead. However, the latest model runs are all in fairly good agreement in the development of such pattern scenario.

Stay tuned – we are closely monitoring the evolution and will keep you updated!

See also – an intense extra-tropical cyclone is ongoing over the North Pacific and Alaska:

What Stratosphere is telling us for the rest of winter?