Mid-range trends are likely to bring very warm weather across much of Canada as a powerful upper-level ridge develops this weekend and maintain its strength throughout the rest of January. It appears likely mid-levels will significantly warm, resulting in a strong thermal inversion beneath. Still, models are hinting both mid-levels and surface temperatures will be very warm for the end of January, likey 10-15 °C above long-term average! But meanwhile, the intense upper core will push extremely cold Arctic air mass across Alaska and Yukon states again.

The upper-level ridge will begin strengthening this Friday, extending across a large part of Canada and persists throughout the whole next week. This will result in a strong thermal inversion over the Canadian plains and prairies across Alberta, Saskatchewan, Manitoba and Ontario states. Colder airmass will be trapped near the surface, while much warmer airmass will develop above the inversion. Also, notice a deep trough developing over Alaska, sitting over the Gulf of Alaska. This will bring lots of snow in the mountains to its east, but extremely cold temperatures in its wake. 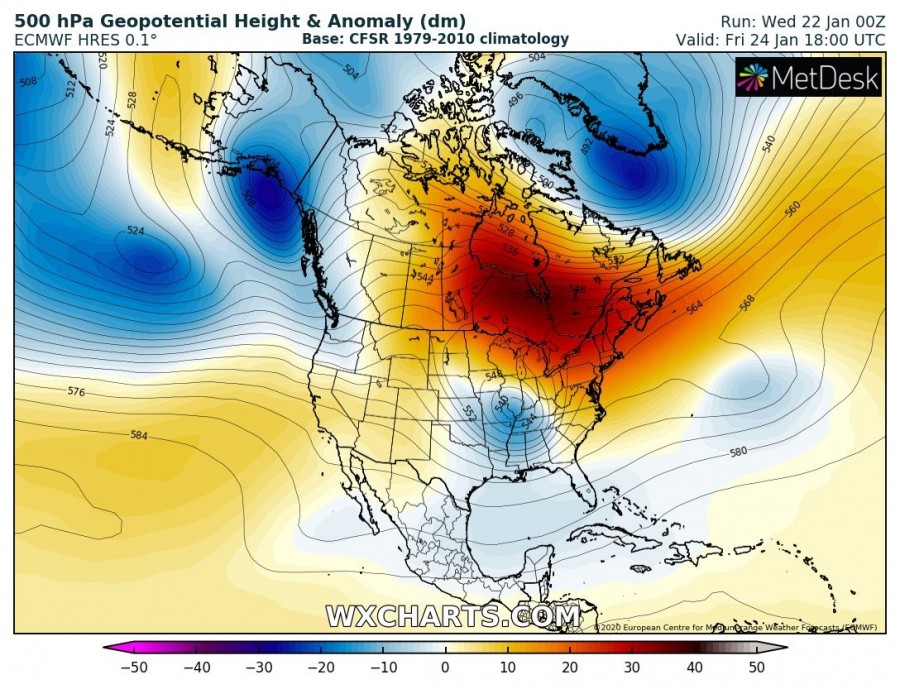 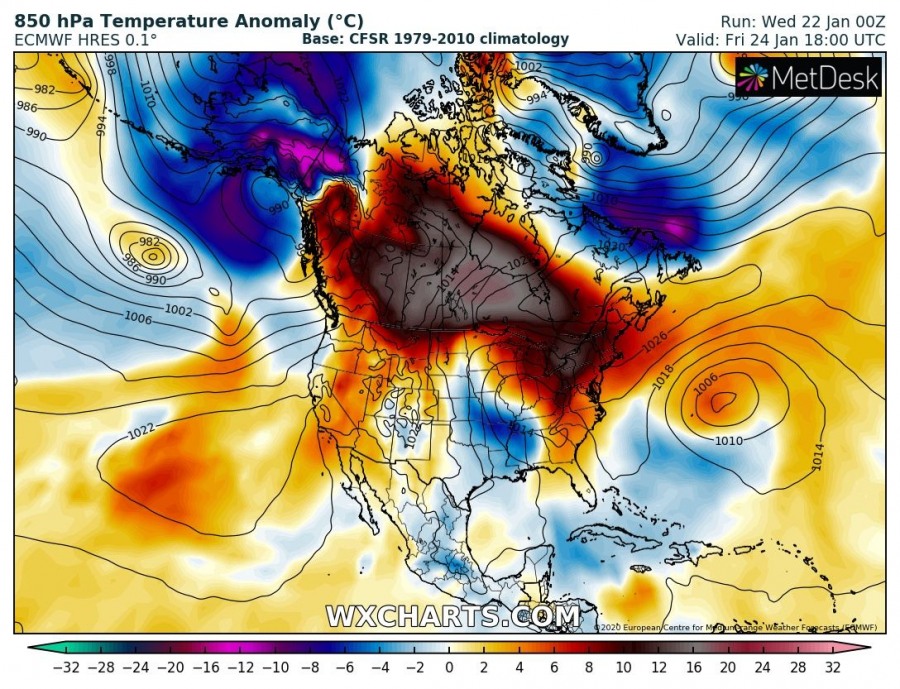 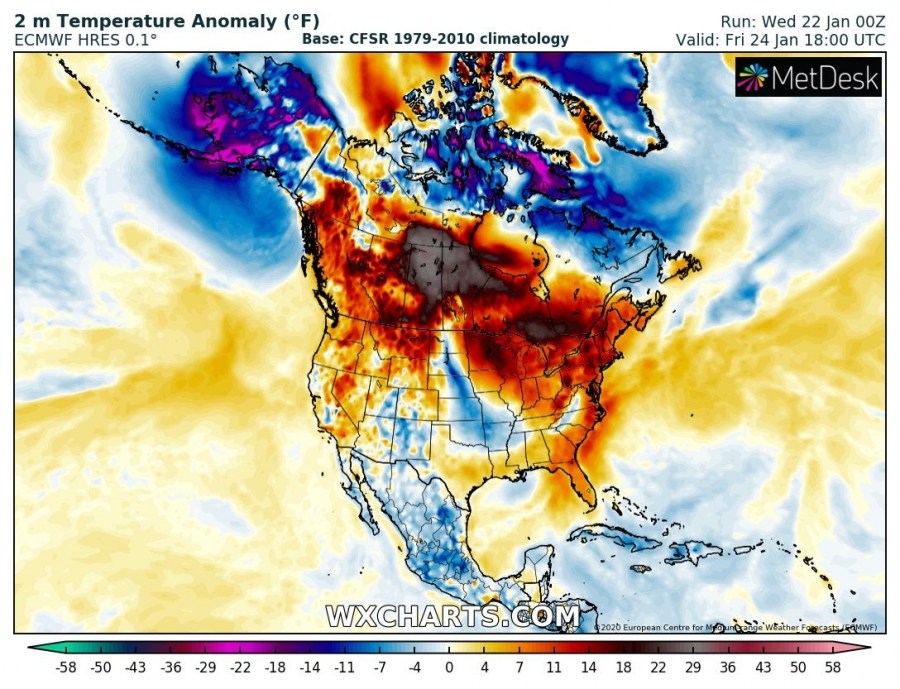 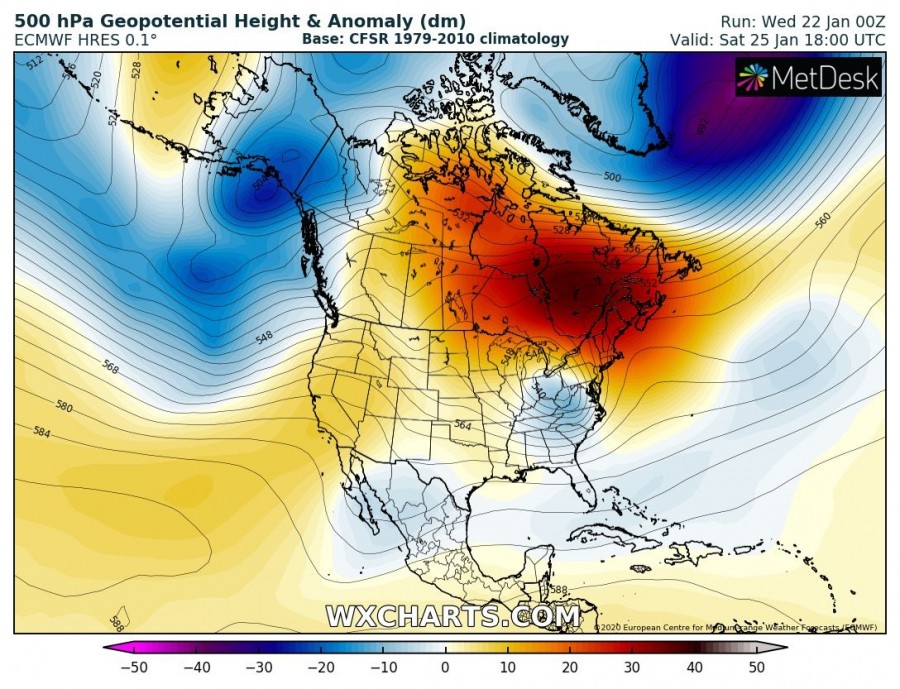 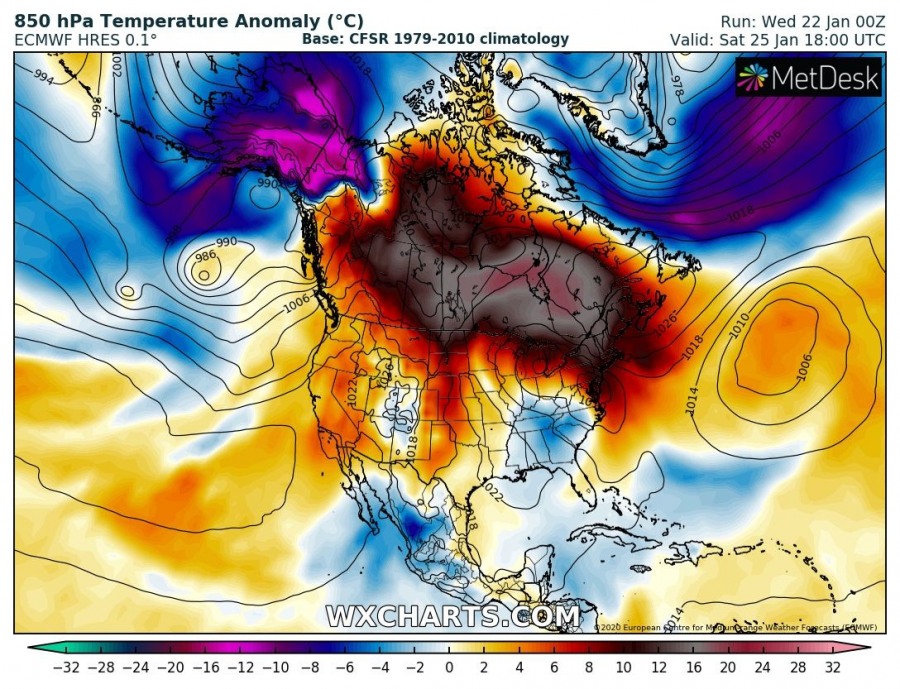 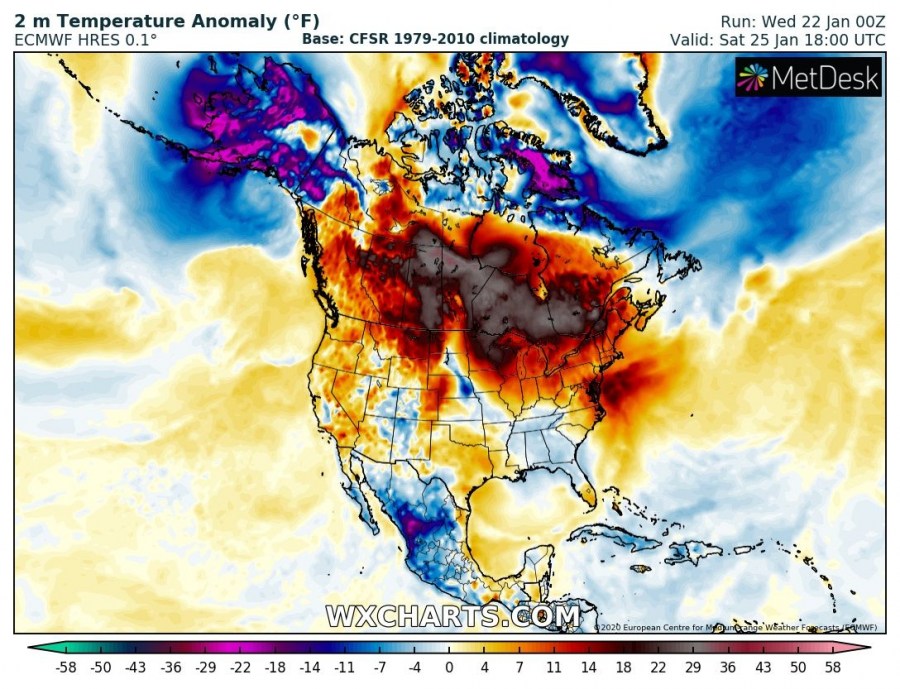 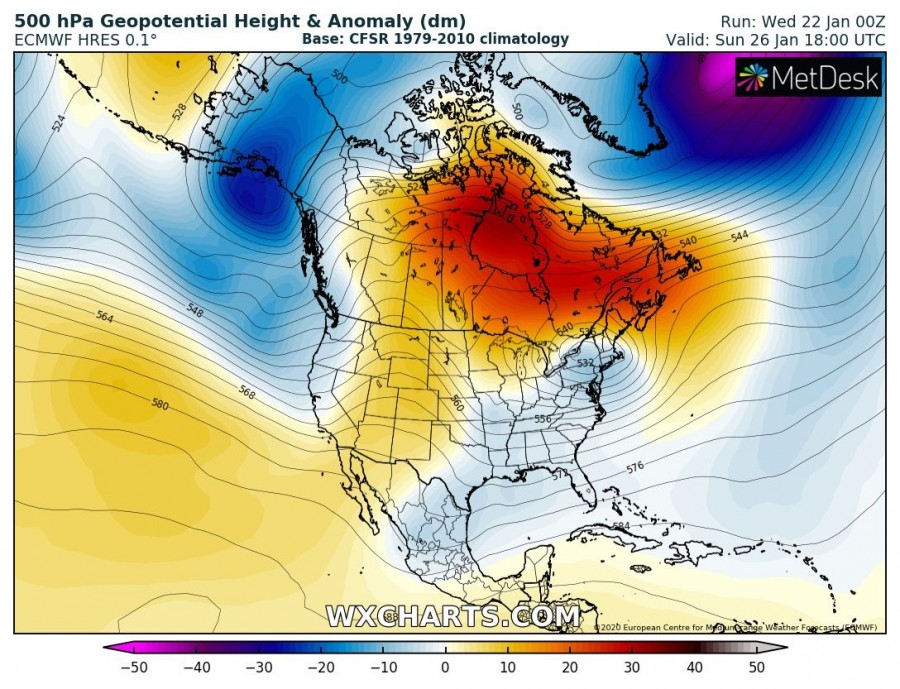 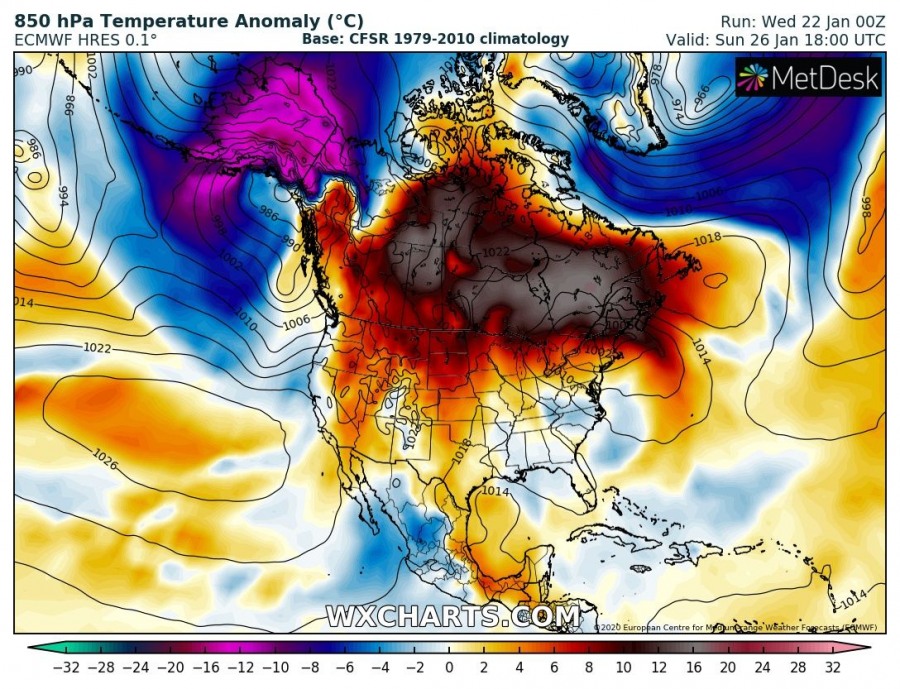 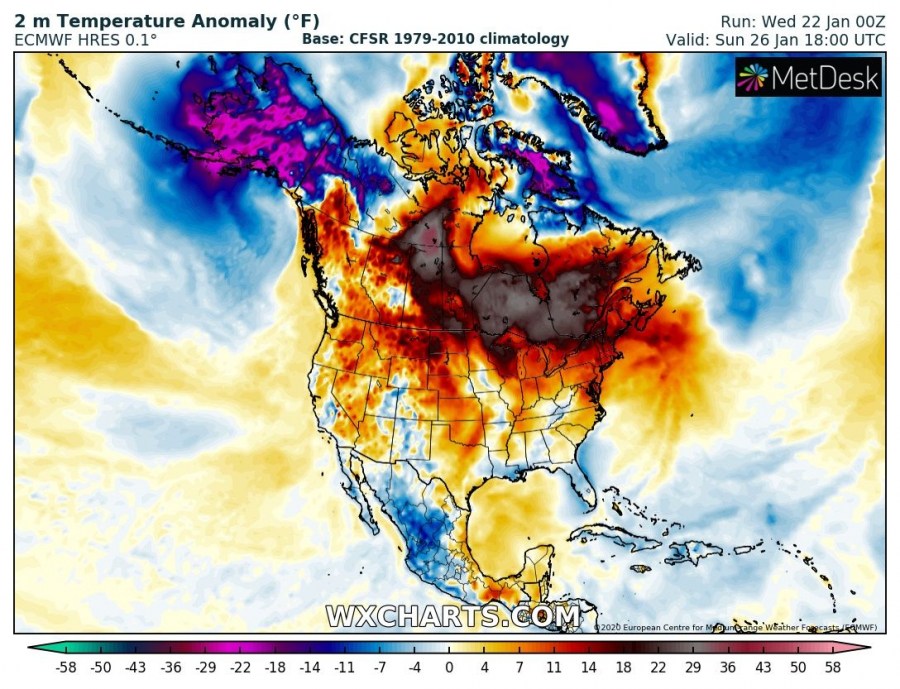 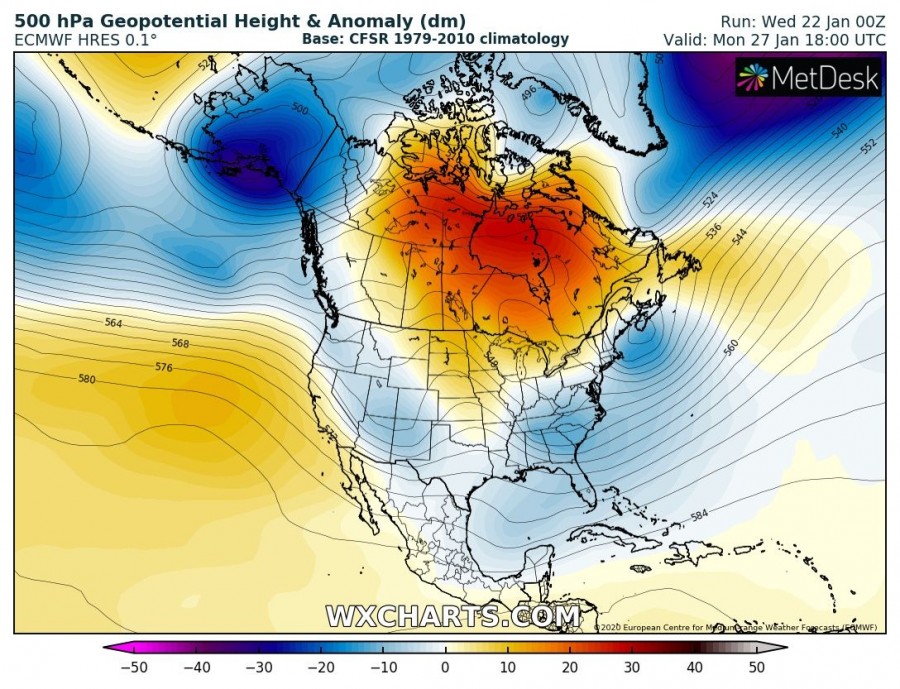 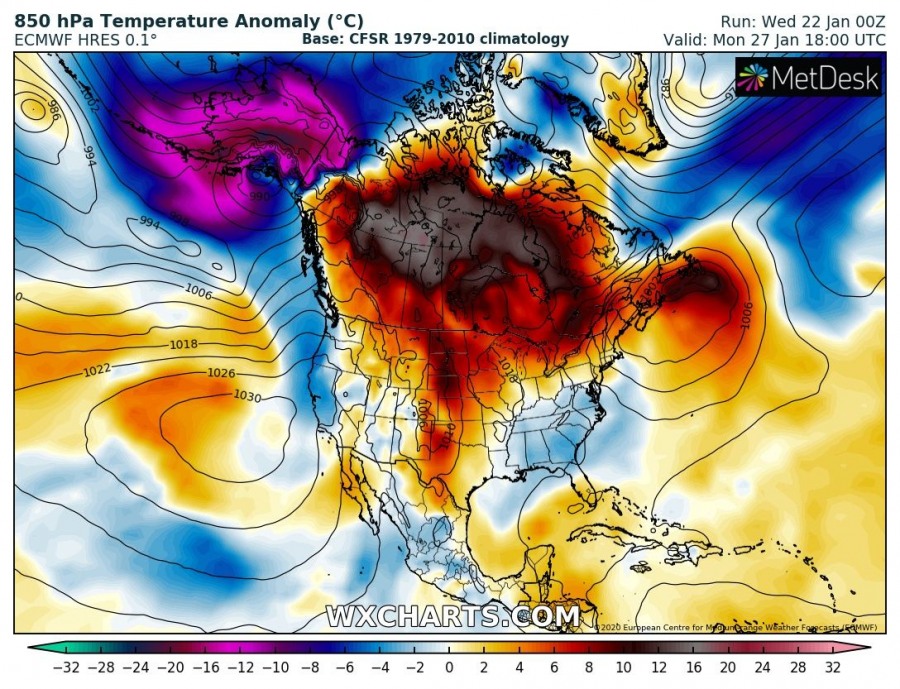 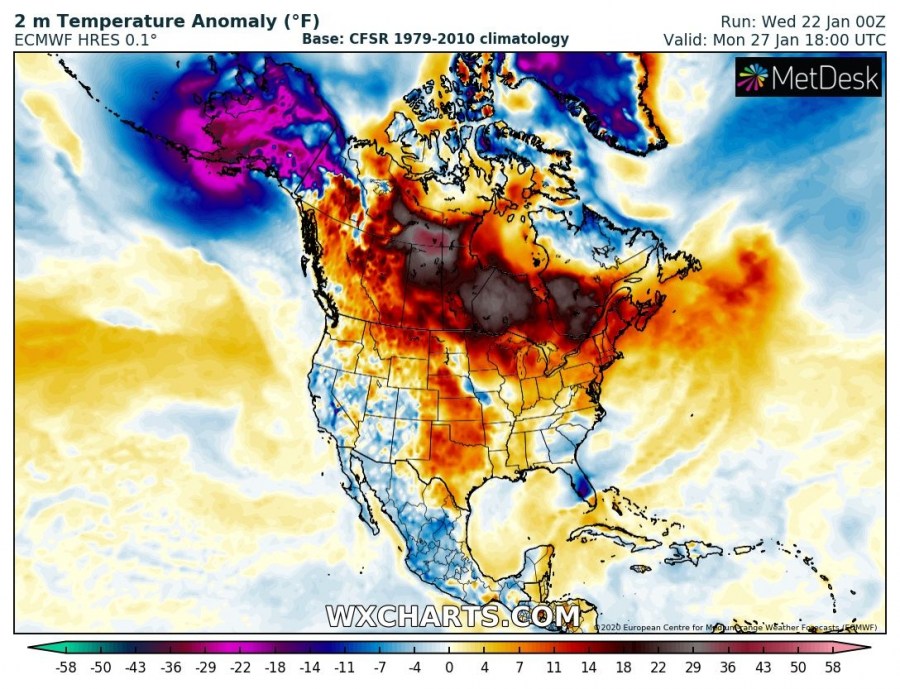 Looking over the 5-day average temperature across 850 mbar level and at the surface for the next 10 days, both 5-day periods will be much warmer than average, even 10-14 °C for the whole period. A strong persisting ridge will stall over Canada an should not move much until early February. 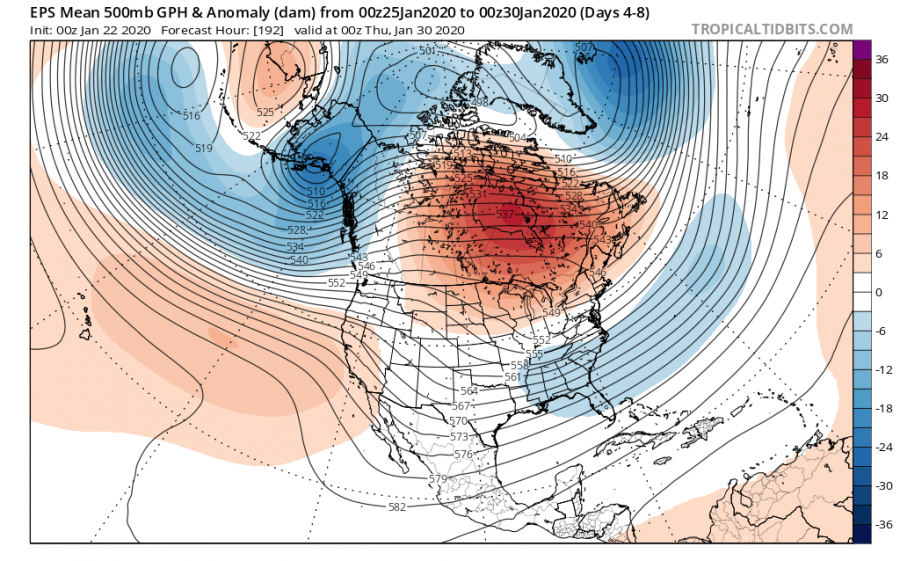 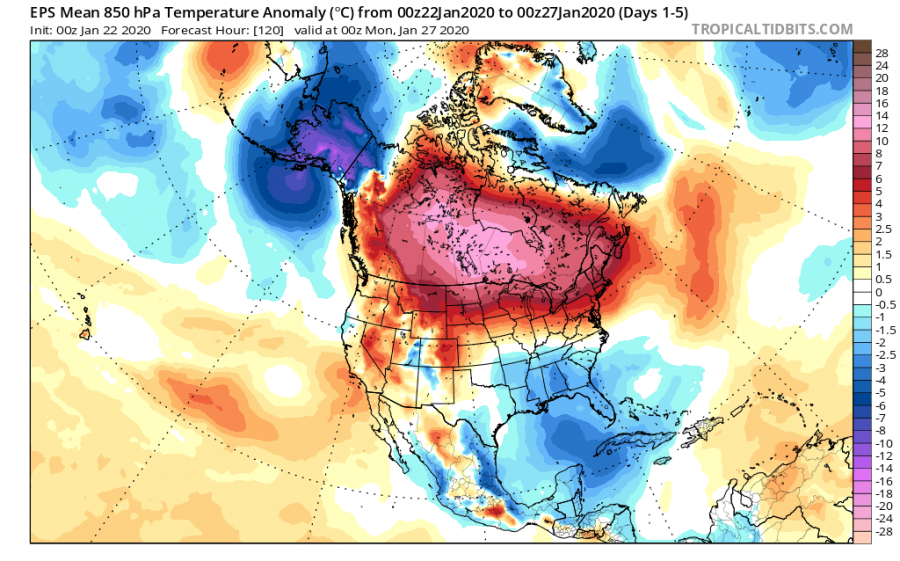 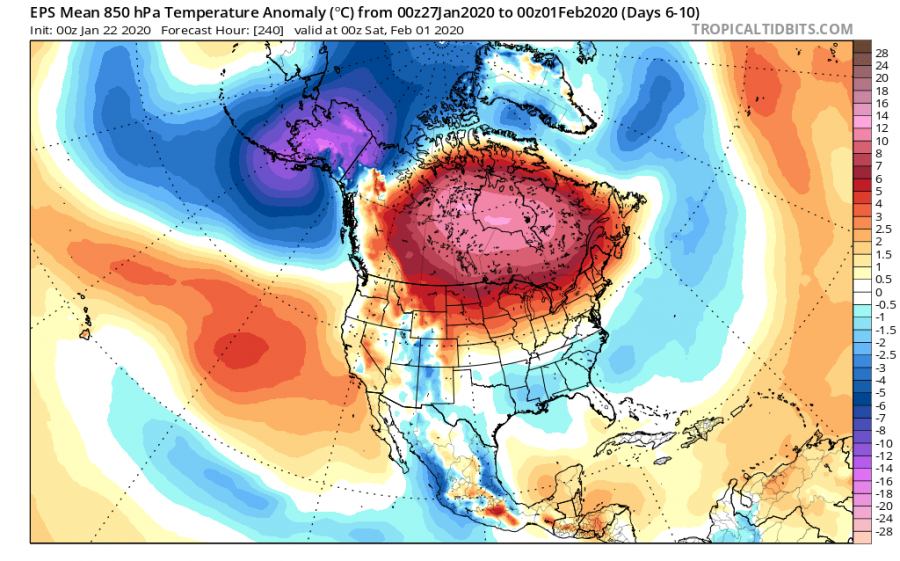 As said above, an intense cold blast develops along the western flank of the extensive Canadian upper-level ridge, develop a brutal cold period for Alaska through early next week. 850 mbar temperature and near surface temperatures will be 25-30 °C lower than normal, despite parts of Alaska are in a deep freeze. This should bring -40 to 50 °C / -45F temperatures in a broader area. 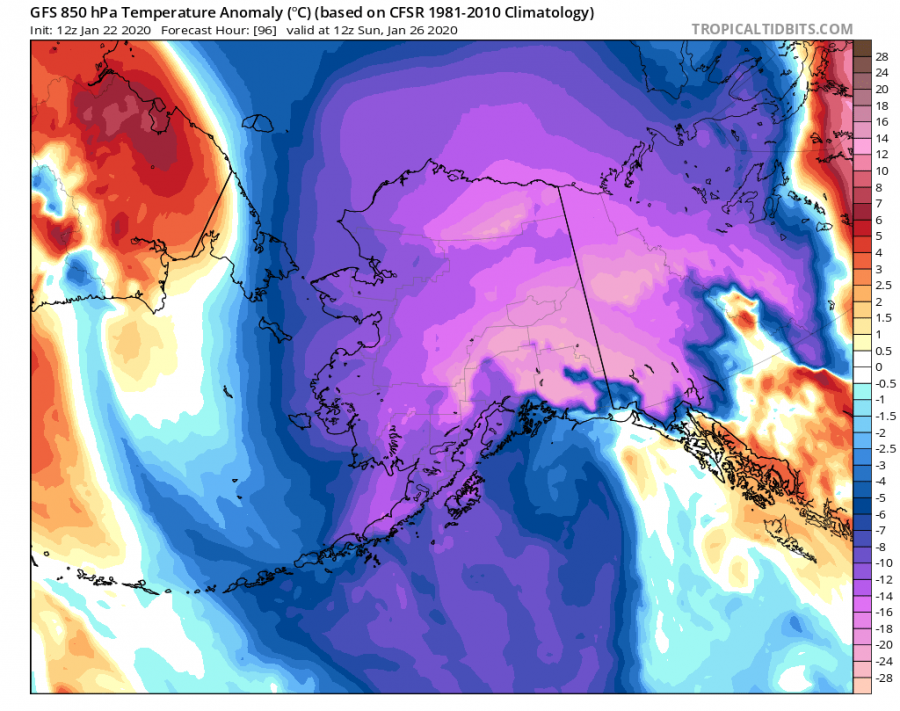 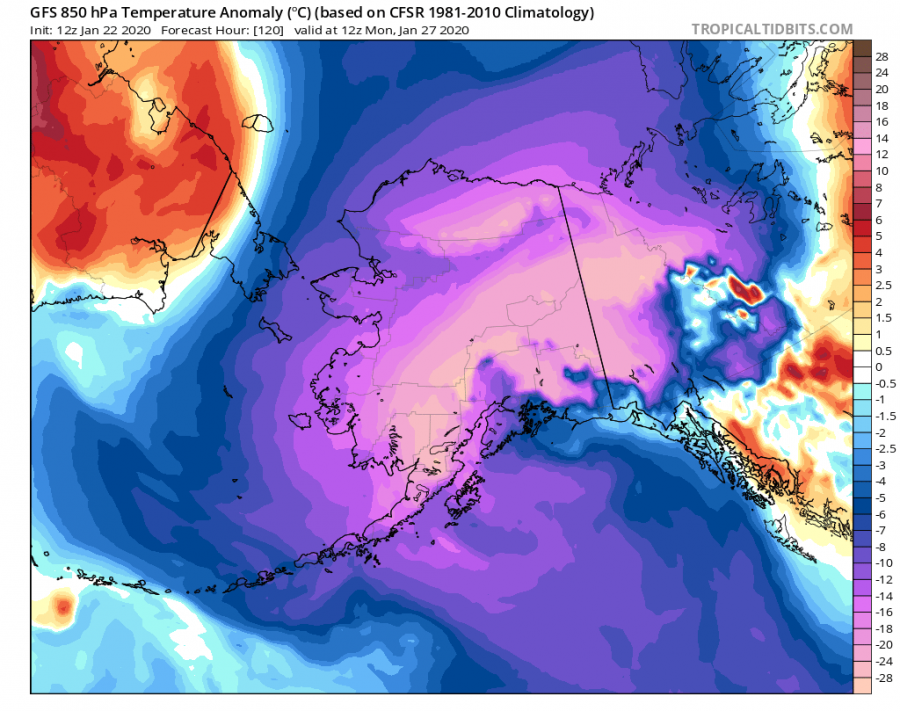 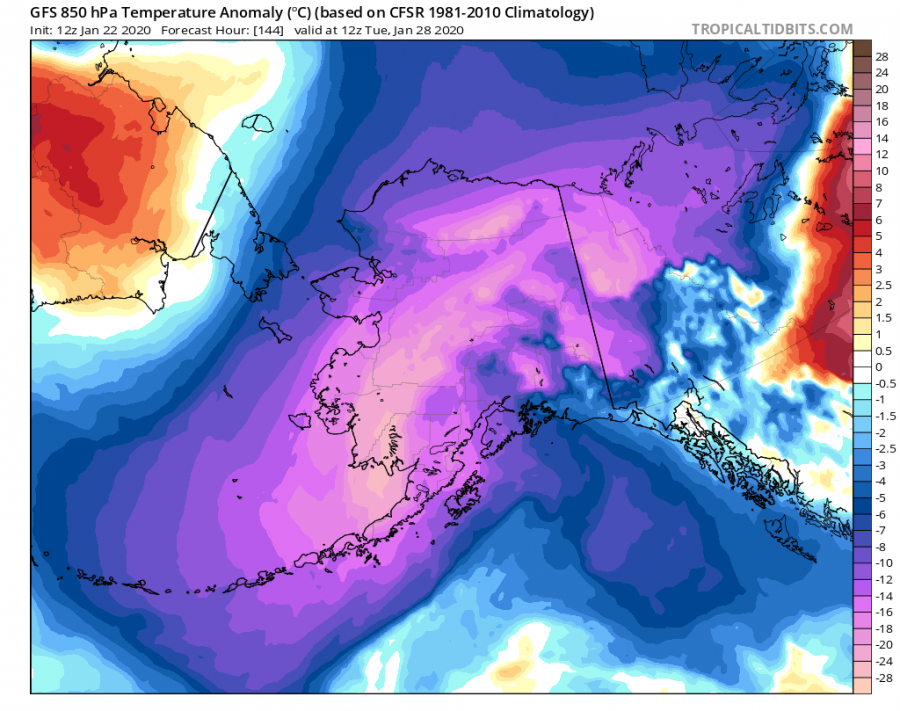 It indeed has to be noted, that temperature across Canada will remain below freezing, but will be much warmer than normal for the end of January. Daily temperatures will reach only around 5-15 °F across the north-central parts Saskatchewan, Manitoba and Ontario states.

We are monitoring the pattern evolution – stay tuned for updates in the coming days!