An extensive ridge is dominating much of Europe this week, after an Arctic outbreak shut down the summer temperatures in much of our continent lately. An associated surface high pressure system has extended from western into central Europe as well, peaking today. Latest ground observations and model guidance confirming a likely record-breaking event for central Europe as pressure readings in the low 1040s are extremely rare to observe in early autumn.

Morning analysis of mean-sea level pressure across Europe reveals an intense high pressure system / anticyclone dominating much of Europe. Its center is over central Europe, precicely along the eastern Alps and over eastern Austria where pressure readings are reporting up to 1044 mbar. This is extremely high pressure for early autumn and end of September for this part of Europe, so many stations are reporting record values! 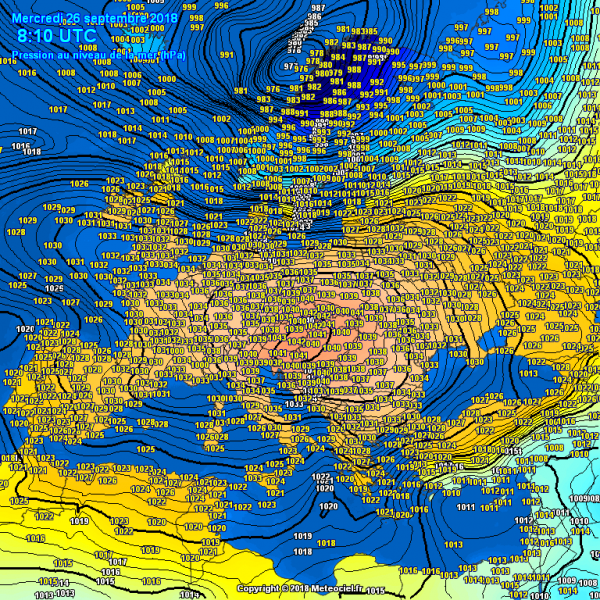 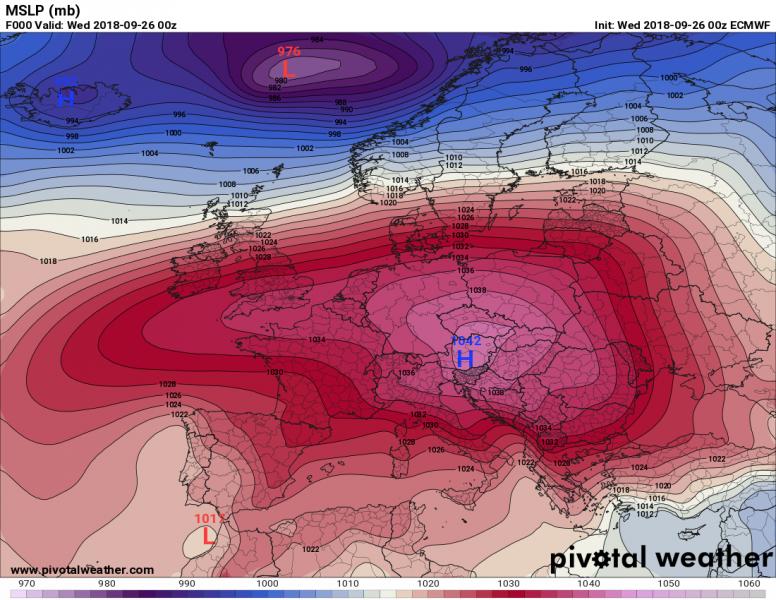 Here are additional high resolution graphics produced by our co-admin Andrej Flis. These are 3D view of the Geopotential heights across Europe, showing the record-breaking anticyclone, centered over the central Europe. 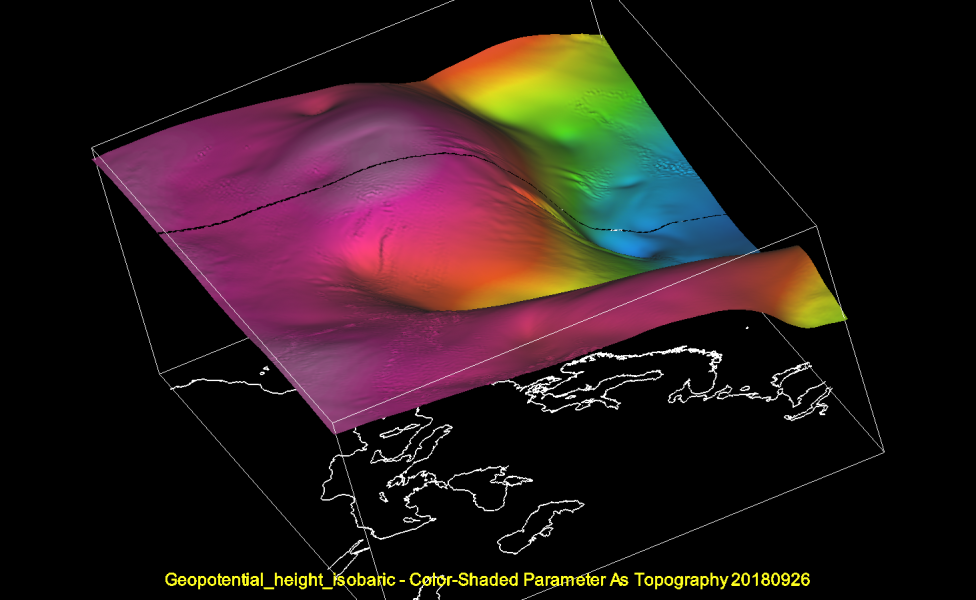 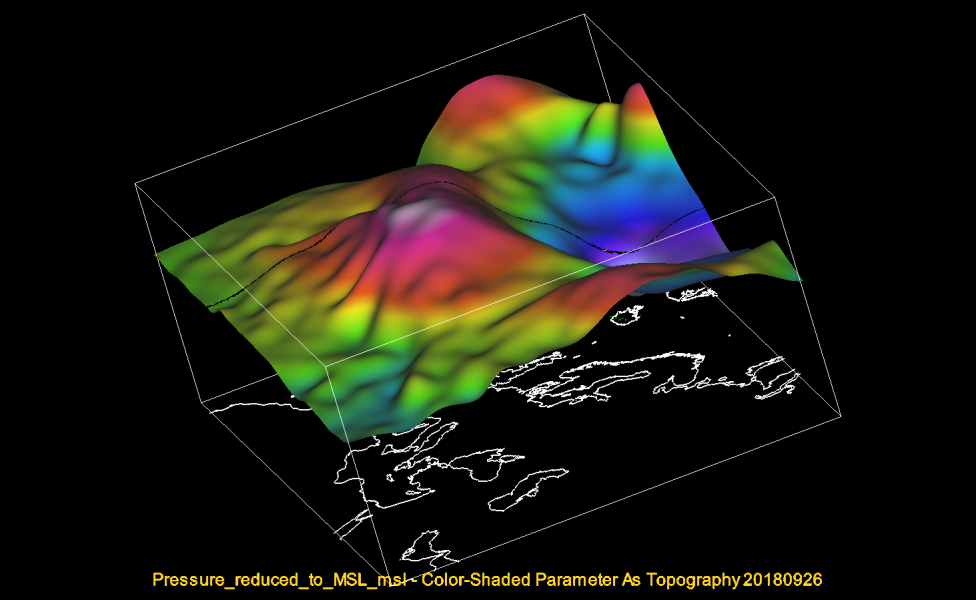 Geopotential height anomaly across Europe and an associated cross-section from west to east – we can see a strong upper ridge across the western half of Europe and deep trough to the east. Stable weather persists under the ridge.

The upper ridge and high pressure system will gradually weaken after tomorrow, but the overall pattern is becoming favorable for a development on an intense Medicane (Tropical-like cyclone) in the Ionian sea on Friday. Its development is related to the upper low pushed from the S Balkan towards the S Mediterranean sea as upper ridge blocks the westerly flow further north.

Stay tuned for further development of the pattern!