A near record-breaking anticyclone / high pressure system will develop across central Europe, northern Mediterranean and northern Balkan peninsula tomorrow, Wednesday Sept 26th. In reponse to a powerful Arctic outbreak this week, an extensive and strong upper ridge developed across the western half of Europe. It is expanding into central Europe and is expected to peak tomorrow. At surface level, a very strong anticyclone is developing and is expected to reach above 1040 mbar of central pressure in the region.

The pattern in the middle of this week is characterized by an intense and extensive upper ridge dominating much of Europe, centered over the western Europe. A deep trough is moving across Scandinavia while the remnants of Arctic trough are ejecting into the southern Mediterranean. 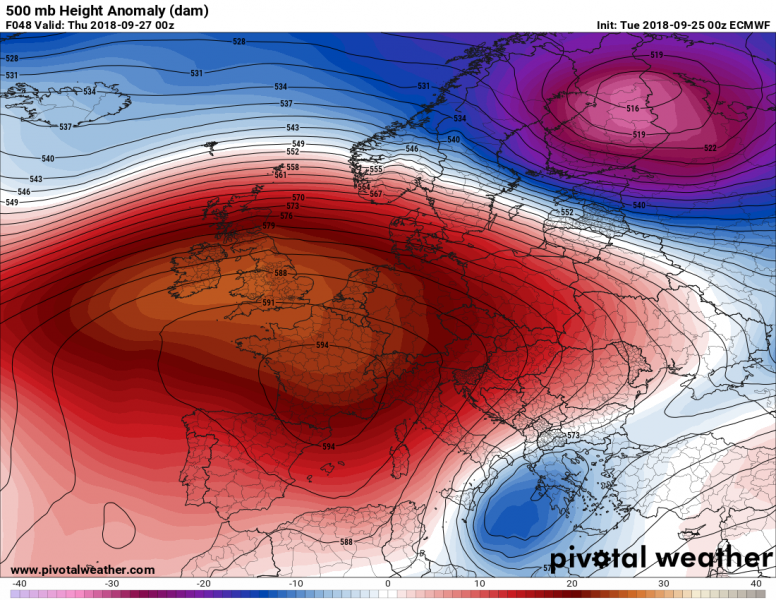 At surface level, a strong high pressure system is strengthening across central Europe as well, with central pressure rising into the 1040 mbar range. This is extremely high for early autumn period anywhere in central Europe and could be even a record-breaking tomorrow. The high pressure system will gradually weaken on Thursday while its centre moves into the western Balkan peninsula and reaches around 1036 mbar. 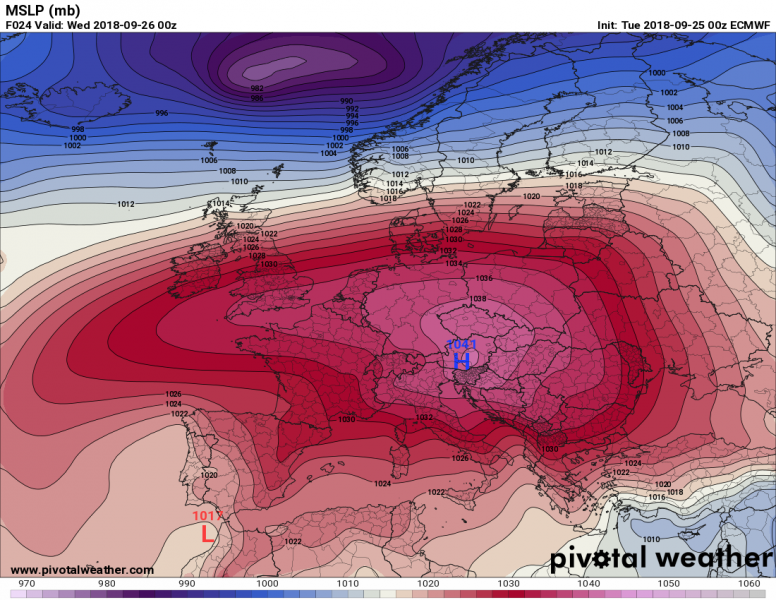 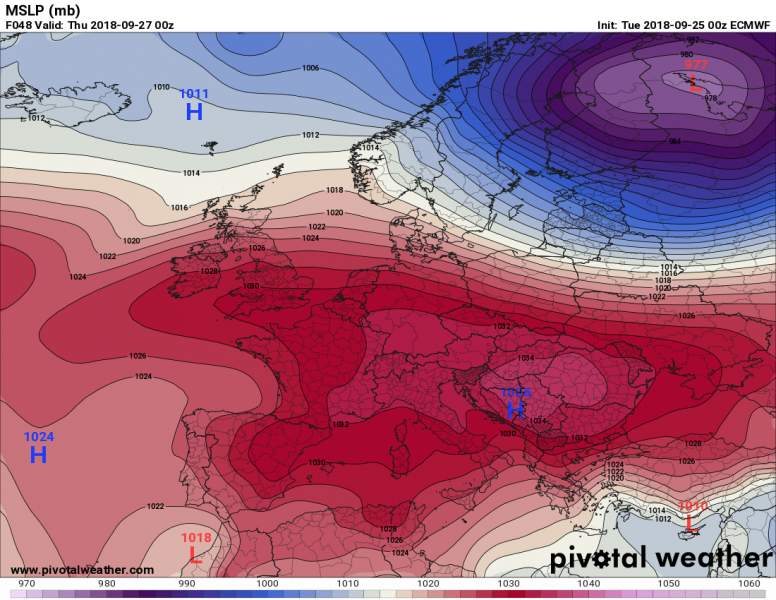 An example for Slovenia, published by the National Meteorological Agency ARSO on Twitter: autumn highest pressure has not been so high in the region since autumn 1953!

This strong anticyclone will bring stable weather to much of Europe until Friday, when another cold front is expected to move across the east-central Europe towards south.