An Arctic outbreak is evolving across Europe today, starting to develop across the NW Europe this afternoon. An associated sharp and intense cold front will rapidly move towards east-central Europe, across Balkan Peninsula and Mediteranean through the next 3 days. Much colder weather will spread across the eastern half of the continent, while west/southwest Europe remains under a strong ridge and heat wave.

A deep trough will be pushed into east-central Europe tonight, with an associated surface low over south Poland. The associated cold front is expected to bring severe line of storms across parts of central Europe later this afternoon, evening and tonight. A very intense, hurricane force winds will be associated with the front crossing the Alps tonight. Behind the front, a powerful Bora and Tramontana winds will develop across the Adriatic region, bringing wind gusts between 120 and 150 km/h. A very cold Arctic airmass will spread towards the Alpine region soon after midnight. 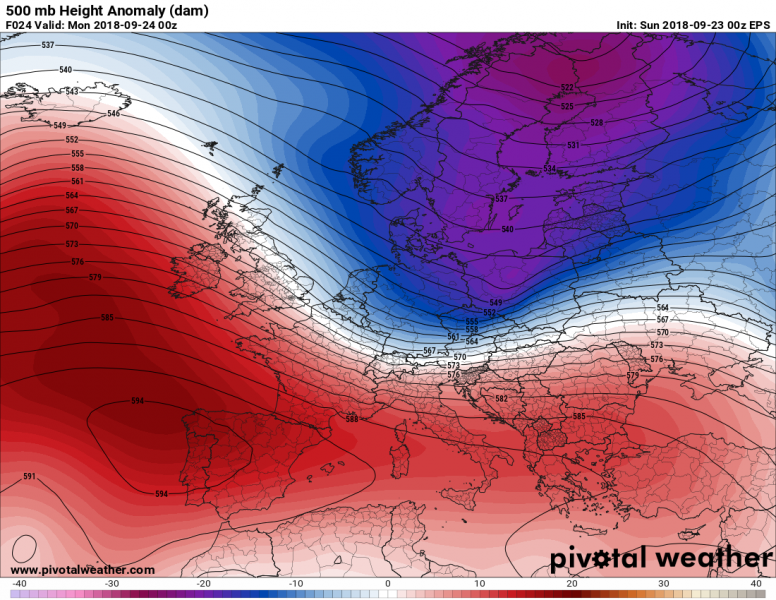 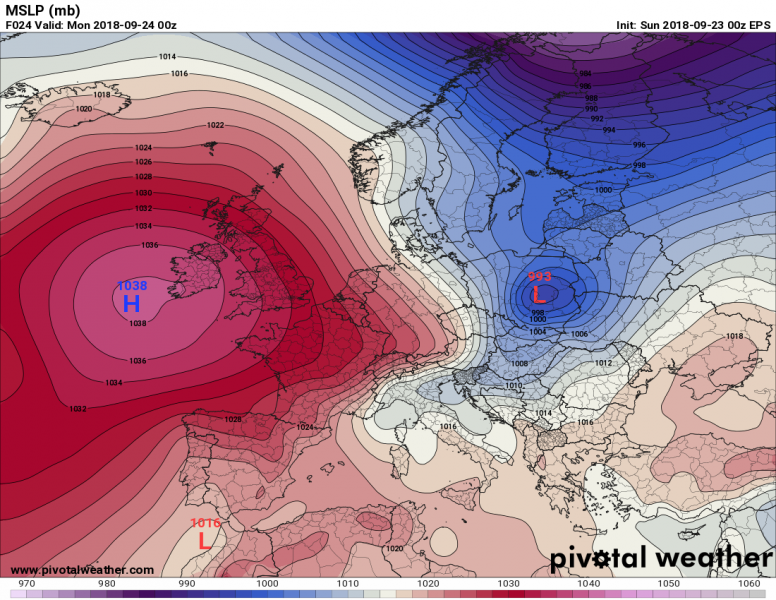 The upper trough will continue moving across the SE Europe while an upper ridge begin strengthening across western Europe and north Atlantic. A strong high pressure system will develop across western Europe, expanding towards the central Europe. This will establish meridional flow on its eastern flank across central Europe. The Arctic cold front will reach Black sea and Greece as well as south Italy on Tuesday night.

A powerful upper ridge with an extensive high pressure system will dominate much of west-central Europe while deep upper trough ejects into WSW Russia. Warmer to hot airmass will be maintaining across WSW Europe, while very cold airmass will continue spreading south, reaching south Turkey on Wednesday night. It will be very cold across Balkan peninsula, likely more than 12 °C colder than average!

Similar as Wednesday, an upper ridge with high pressure system remains over the west-central Europe, while the Arctic trough and airmass gradually weakening, centered over far SE Europe. The trough will be pushed into Turkey and eastern Mediterranean, and very cold airmass will also advect into southern Mediterranean and northern Africa. A severe weather will likely develop over SE Mediterranean – we will have more updates on this soon. Warmer airmass will return into central Europe.

The pattern evolving is the first significant Arctic cold outbreak of the season, much colder weather is expected to overspread east, central and SE Europe, much of Mediterranean and north Africa. Gradual warming is expected during the second half of the week.

Stay tuned for further updates on the daily pattern evolution.