For those who enjoy the satellite presentation of low-pressure systems, this winter season is literally a dream. We have seen so many impressive systems, even twins. Similar is ongoing in the Northwest Pacific today, as a tandem of twins is present. Both systems are expected to mostly affect the areas away from the land areas this weekend.

Satellite imagery indicates there are currently two deep cyclones simultaneously ongoing in the northwest Pacific ocean, where the eastern system has already matured and looks spectacular. The western of the two is still organizing, centered northeast of Japan. They both have quite a strong and large wind field, supporting gale force winds. 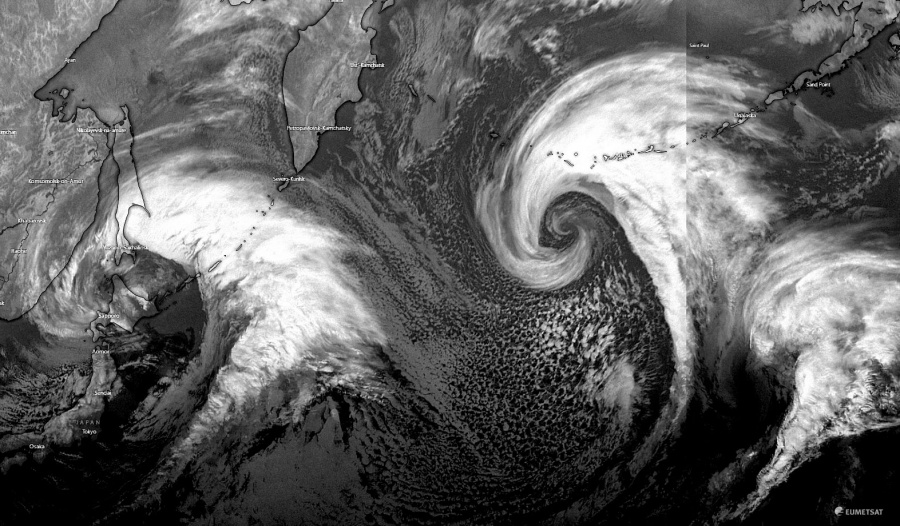 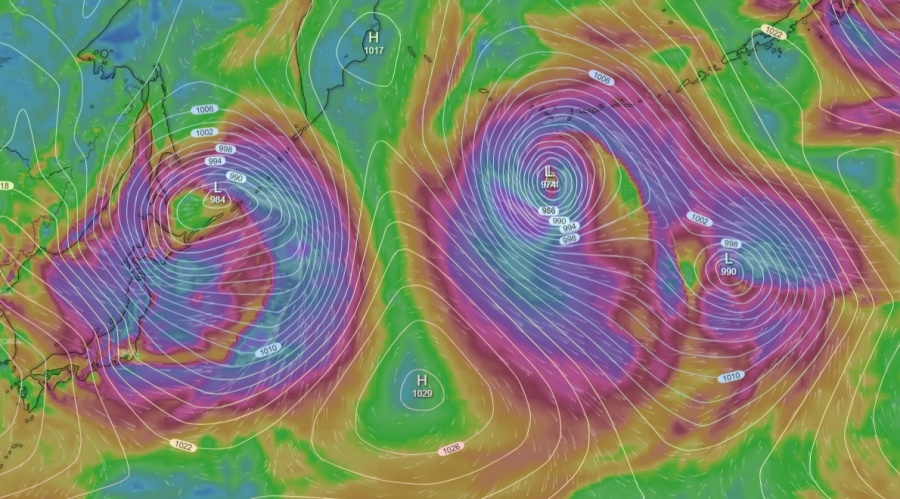 Based on the 18 UTC NOAA analysis today, Feb 22nd, the western cyclone has the central pressure 988 mbar and still deepening and organizing, while the eastern system is 972 mbar deep and matured. It is expected to slowly weaken. 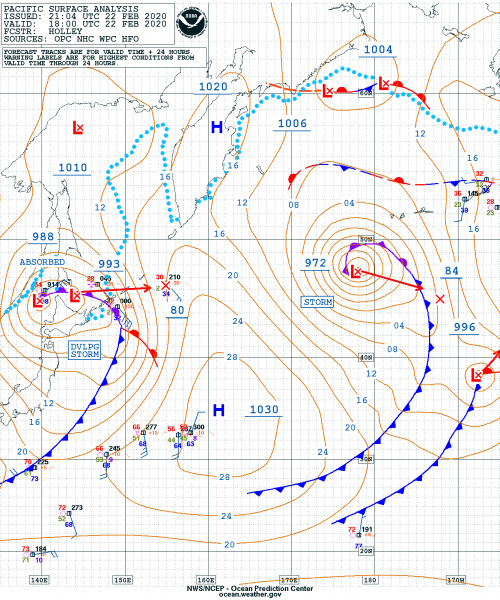 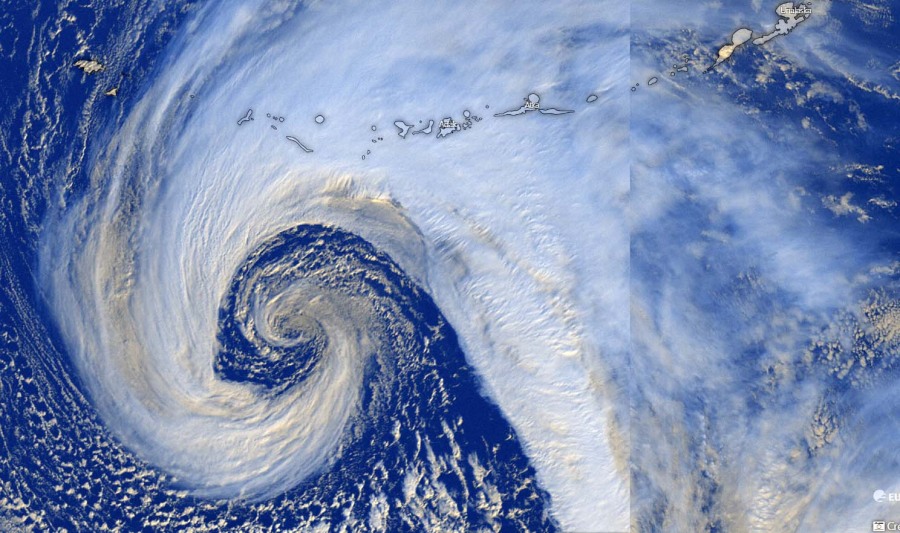 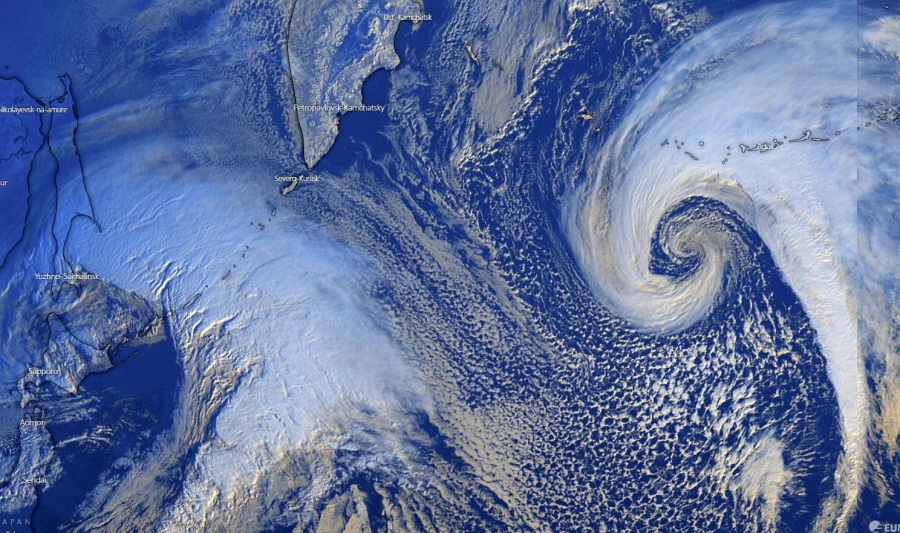 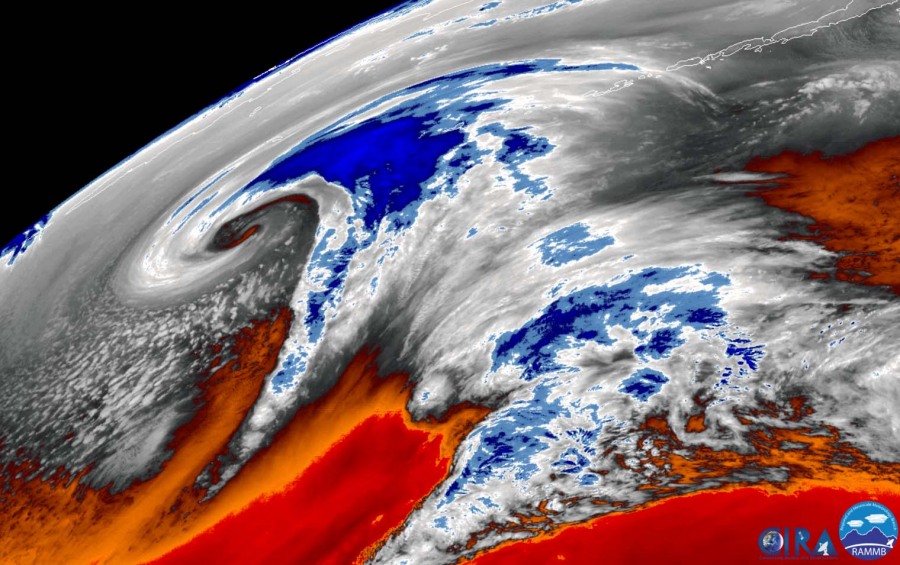 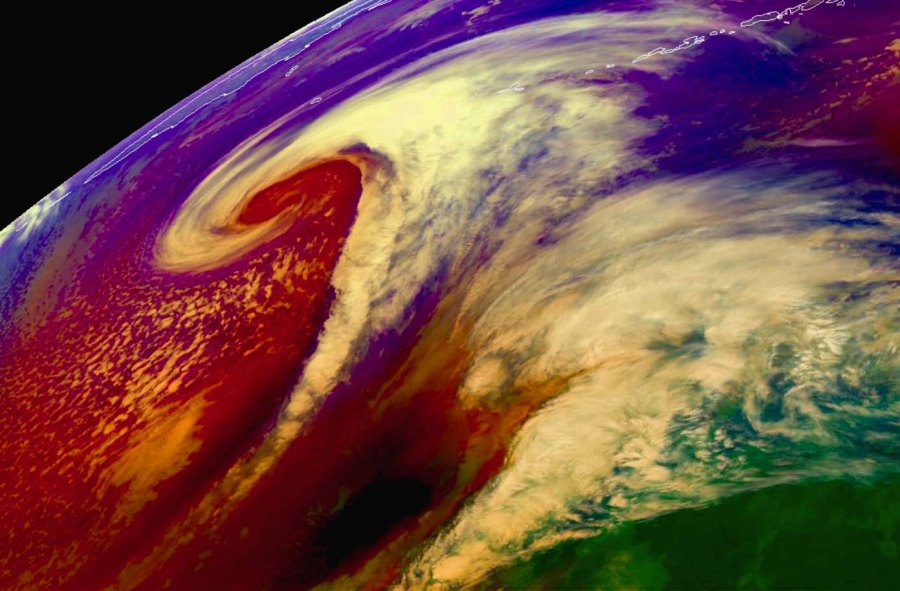 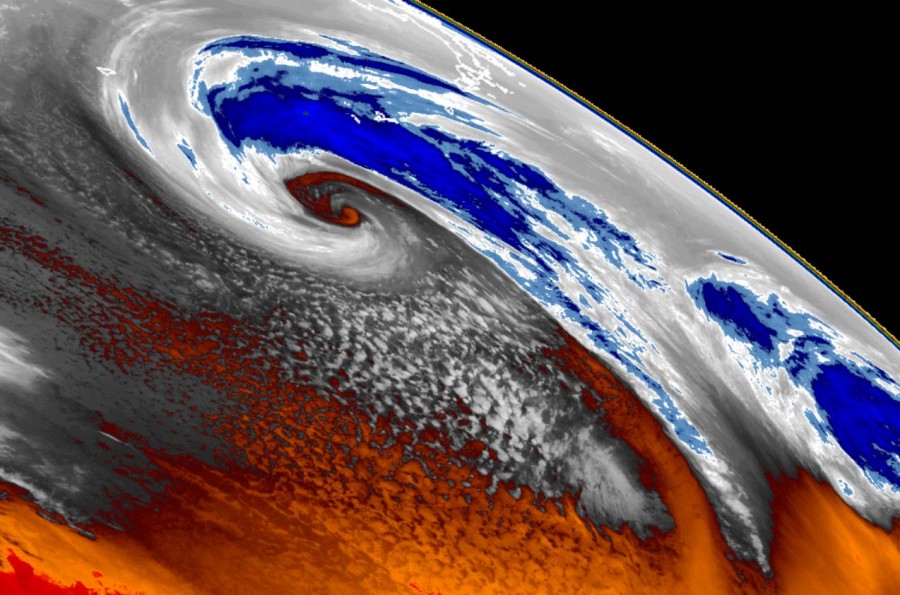 See also some other similar systems this season: