It seems there is no break in the current ‘storm pattern’ over the North Atlantic and western Europe. Well, there isn’t. Yet again a deep trough establishes over the region and pushes an intense surface cyclone into the Ireland and UK, then over the North Sea towards the southern Scandinavia. It will bring additional rain and severe winds into the region, but also quite some snow to the north of the warm front.

Note: Many are speculating this is storm #Ellen? Officially, it is not (yet). Criteria for the Met Office naming storms is based on the National Service Weather Warnings service. The Met Office name storms that have the potential to cause moderate (Amber) or high (Red) impacts to the UK. As of today, ‘only’ (yellow) warnings are issued, so we are awaiting further updates until the storm arrives closer tomorrow.

The overall pattern over Europe did not change much this weekend – the ridging remains over the southern half of the continent with deep troughs to the north. A new deepening trough establishes over the North Atlantic with associated surface cyclogenesis moving towards western Europe on Sunday night. The trough will intensify on Monday, gradually drifting towards the southeast. 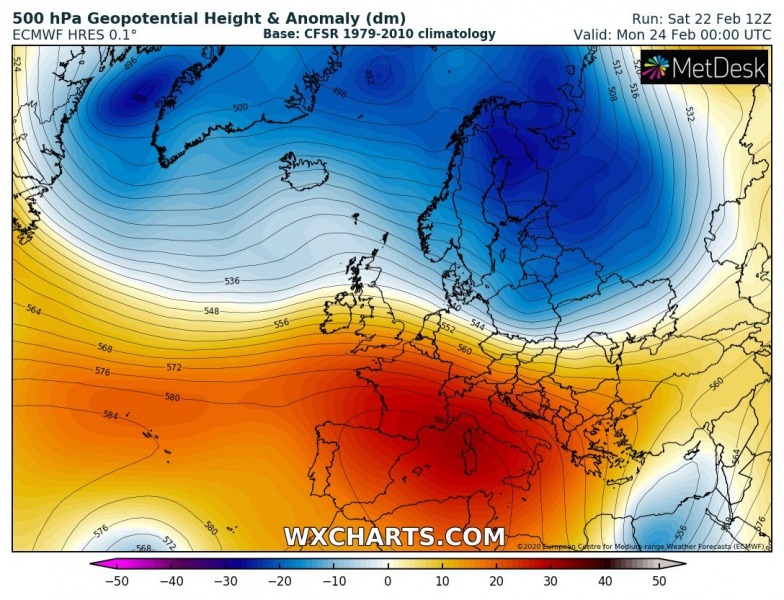 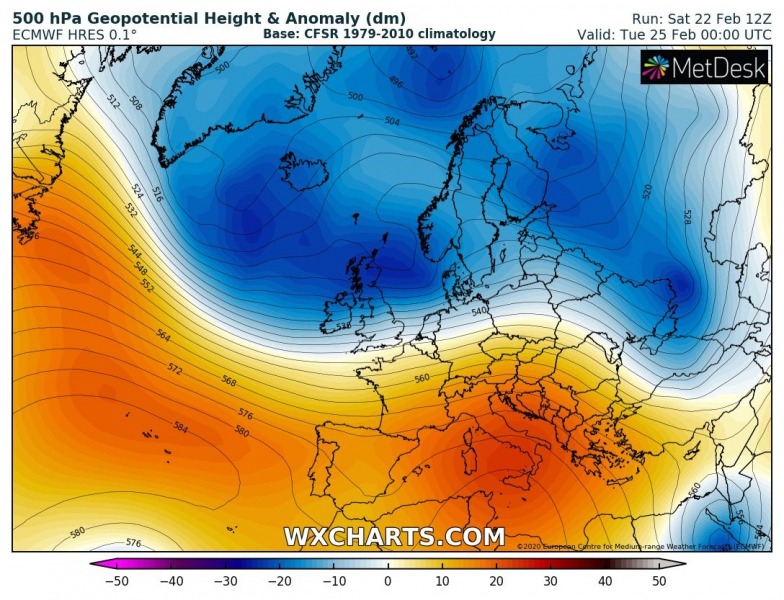 Here is the 6-hour sequence from Sunday night until Monday night, the low-pressure system will be deepening while moving across Ireland and the UK (northern England, Scotland) on Monday morning, then move across the North Sea towards Denmark and southern Scandinavia on early Tuesday and still deepening. The system will have a well-defined front with heavy precipitation along the cold front but also quite significant snowfall to the north of the warm front. Precisely across Northern Ireland, northern England, and Scotland. Snow will change to rain during the day as much warmer airmass pushes in. Severe winds will first impact southwestern Ireland on Monday morning, then gradually spread east towards Wales, England and Scotland in the midday to afternoon hours. During the evening hours and overnight to Tuesday, a still deepening cyclone will also intensify winds towards southern Scandinavia and Denmark. Snowfall will be occurring ahead of the occluding front. 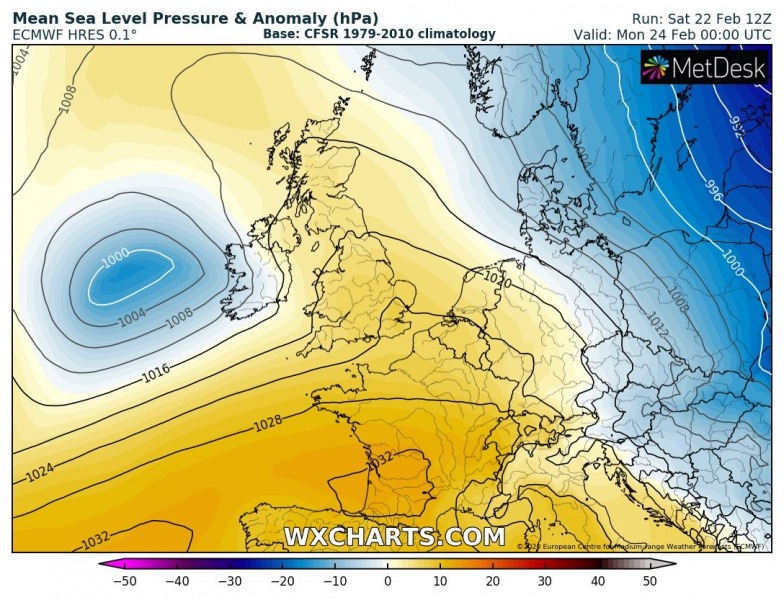 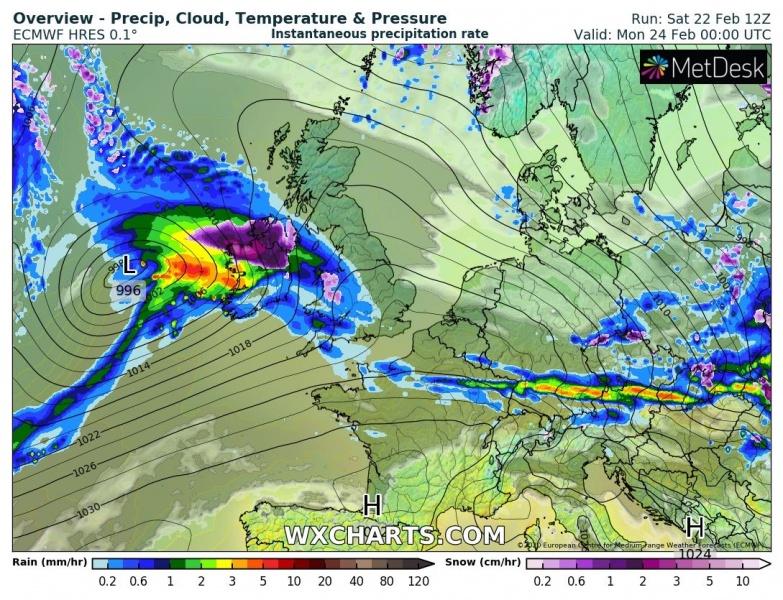 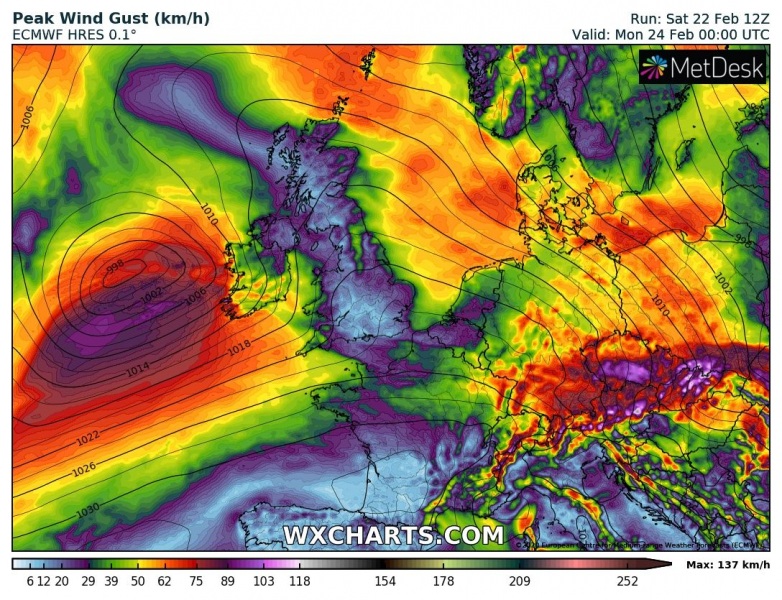 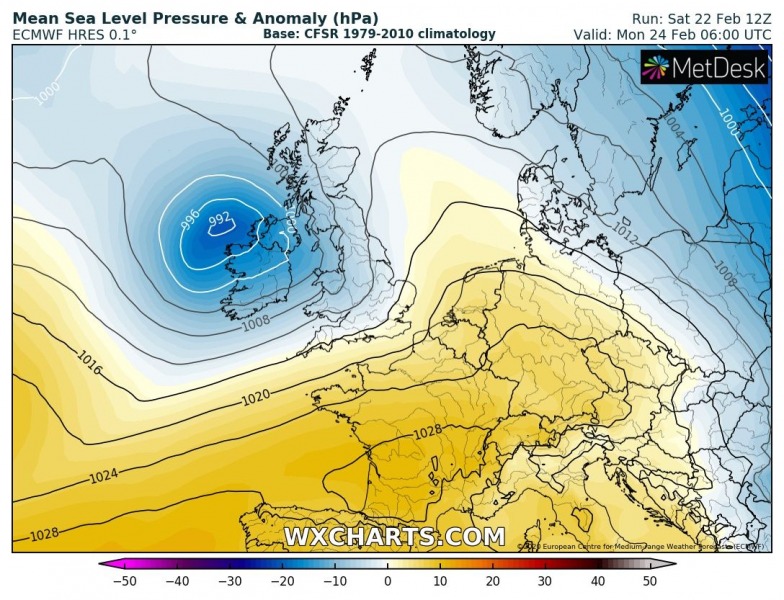 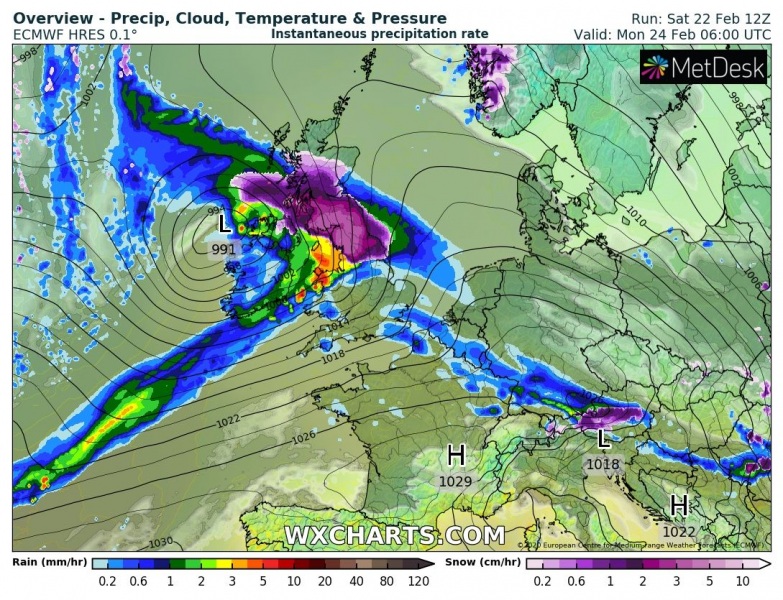 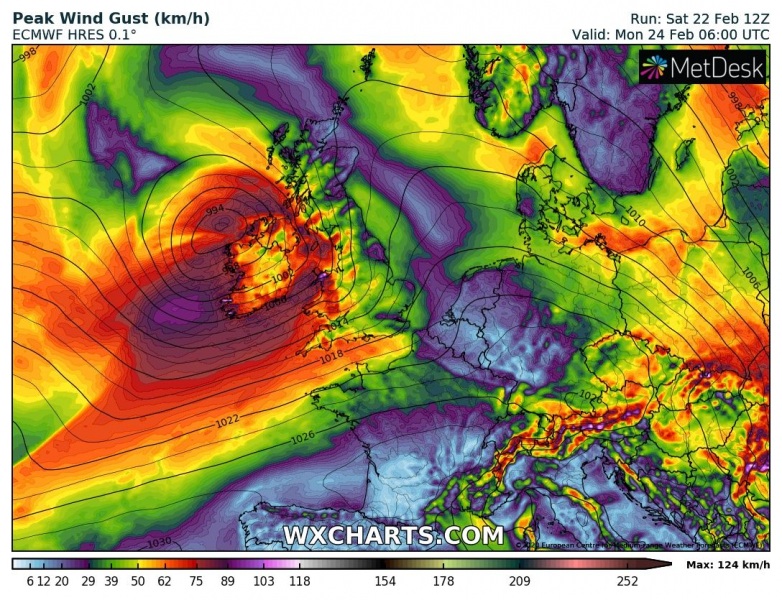 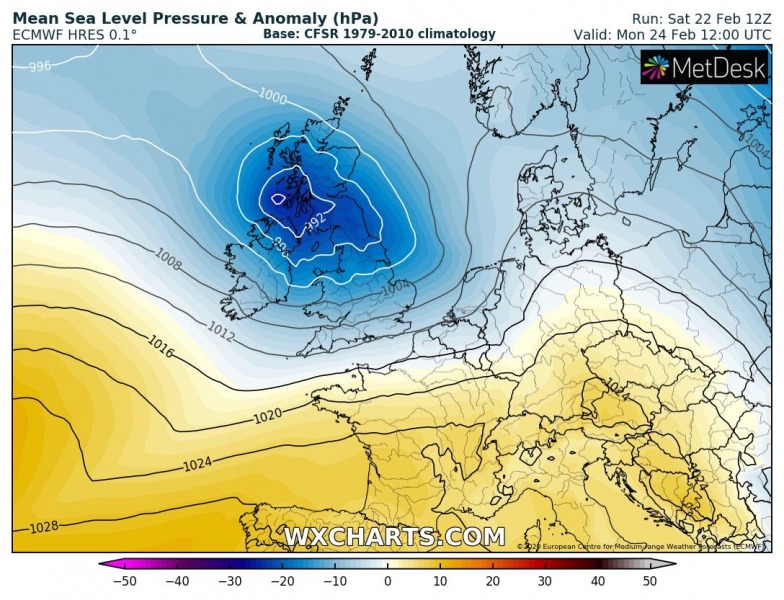 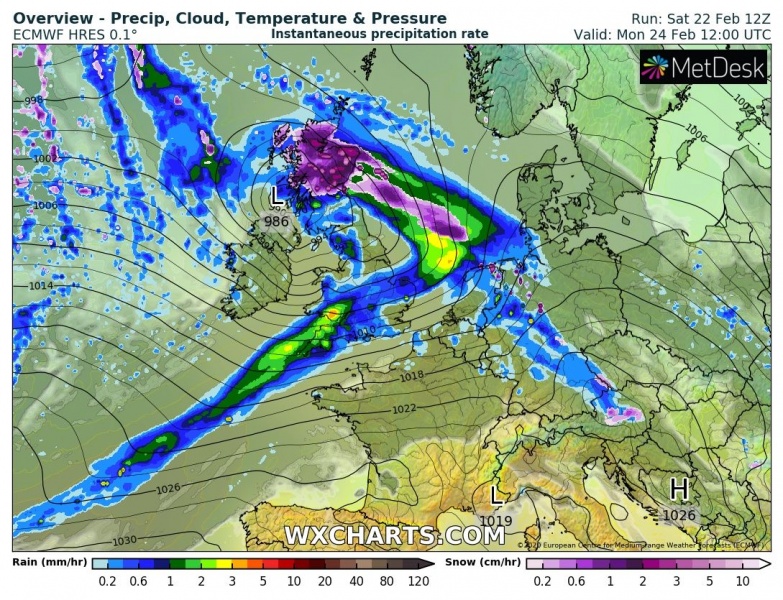 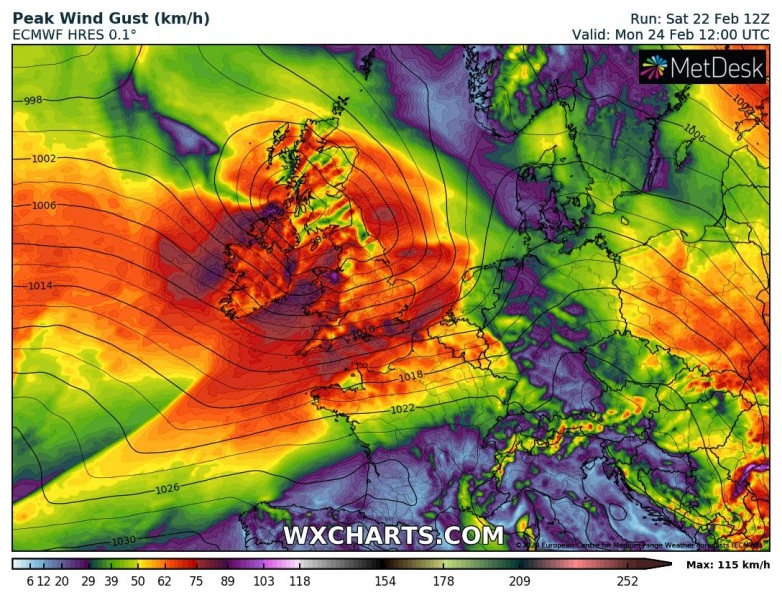 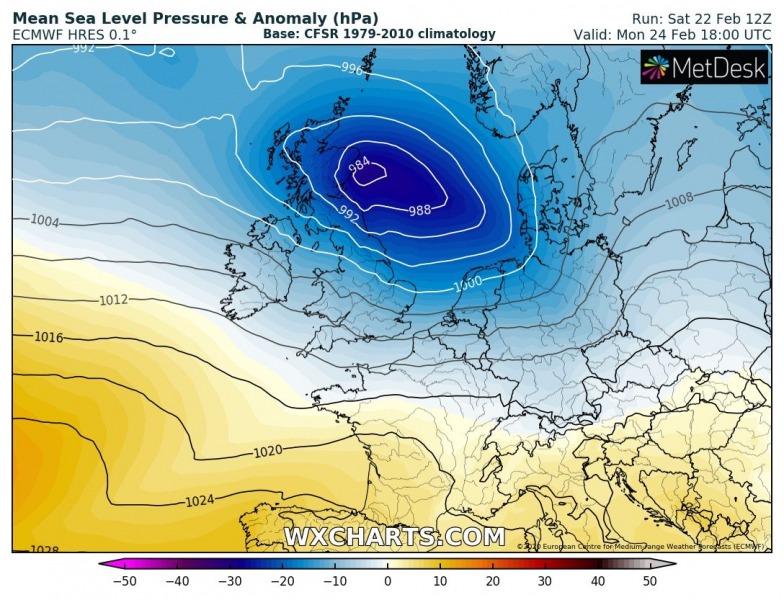 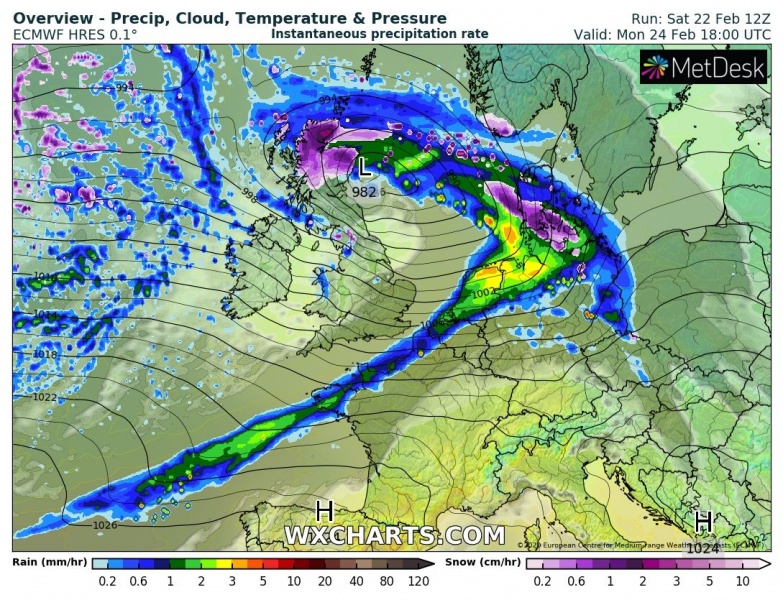 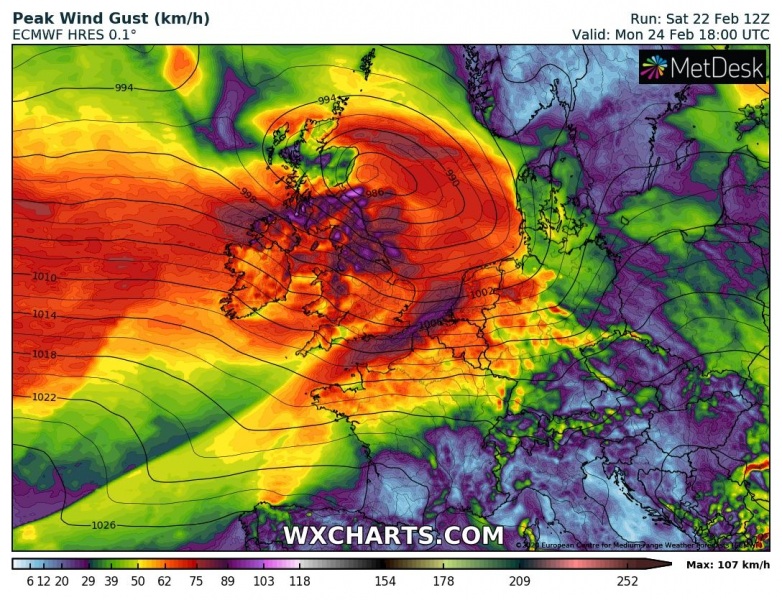 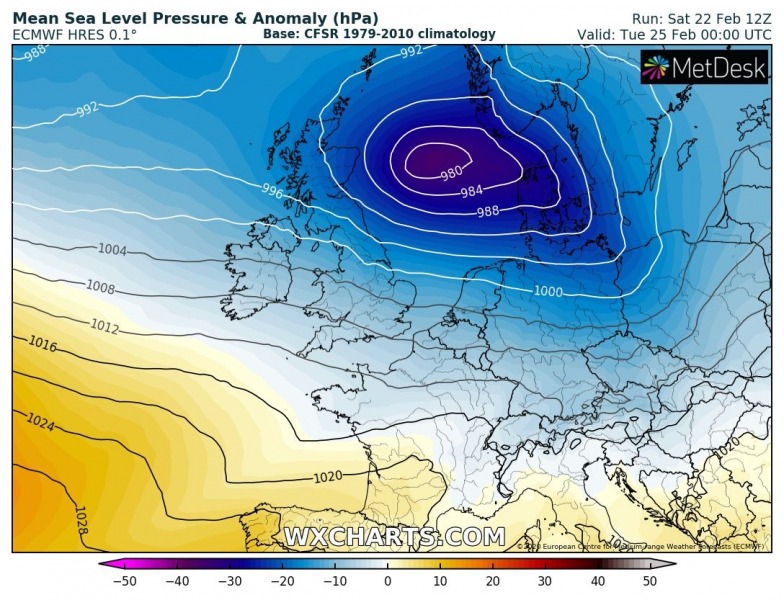 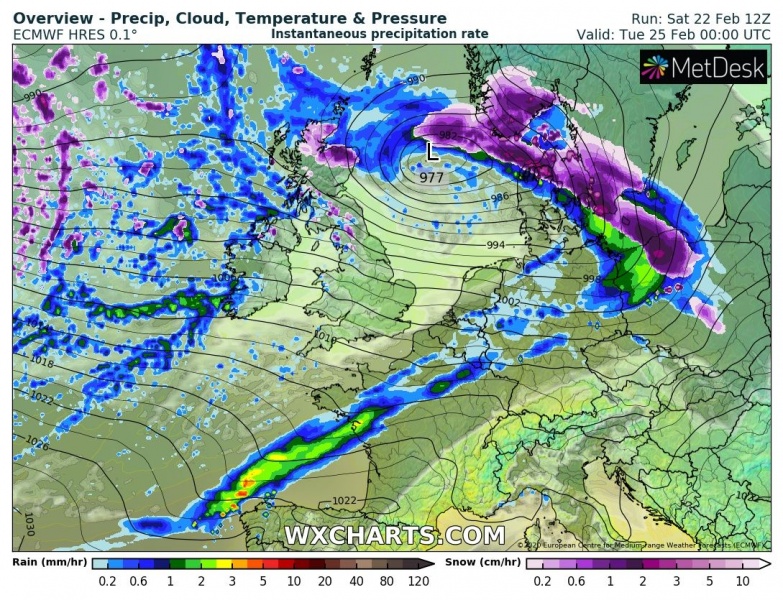 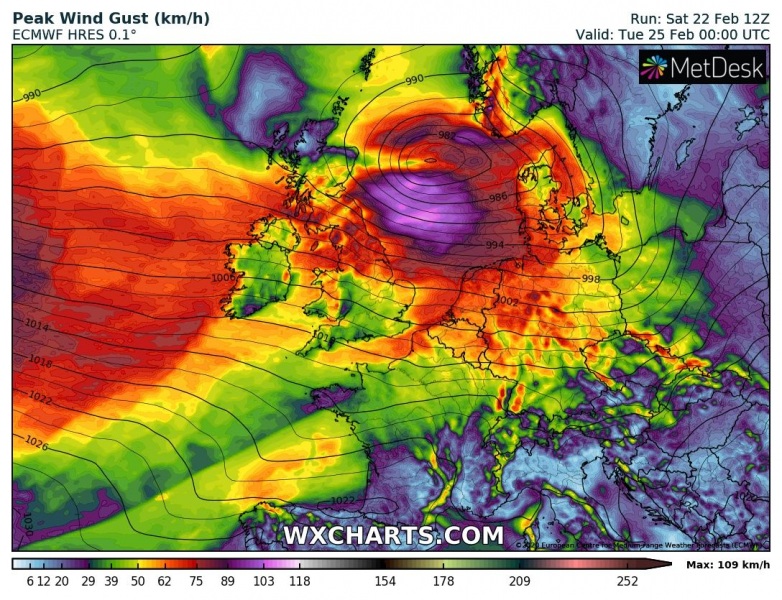 Peak gusts will again deliver severe to locally extremely severe winds. The higher elevations even violent hurricane-force winds. As we can see on the ARPEGE and ICON-EU maps below, the highest gusts are expected over northern England, Wales, Northern Ireland, Scotland, also across the English Channel towards Benelux. Also across the North Sea when the cyclone moves through on late Monday. 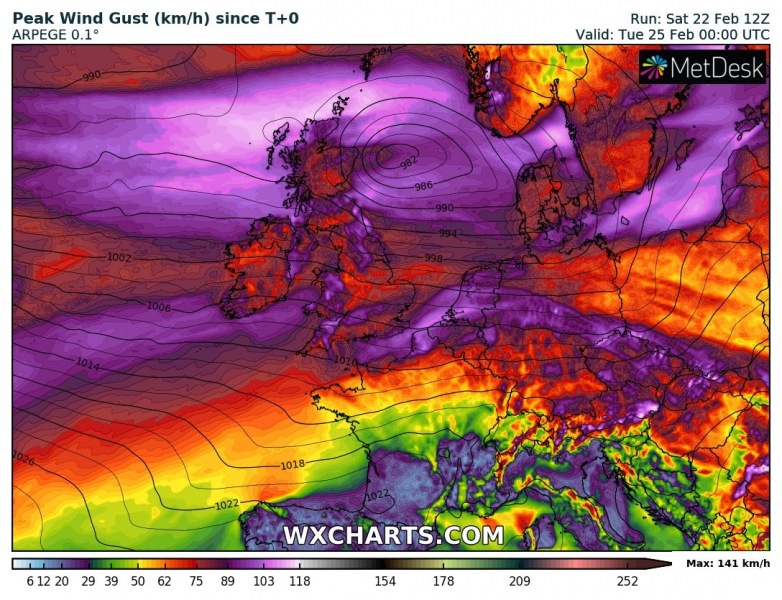 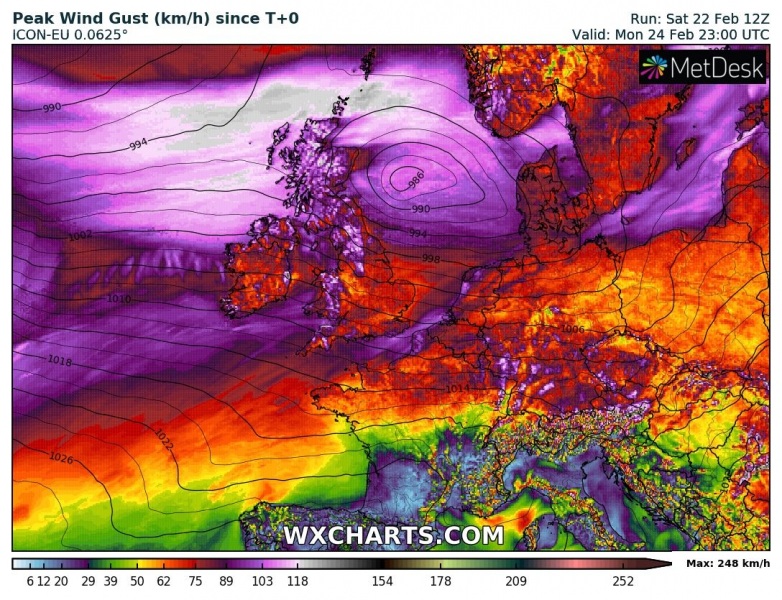 Models are indeed in quite good agreement that a quite significant amount of snow will be possible across northern England and Scotland (or Northern Ireland), as enough cold air remains in place with the strong advection of moist air from the west. Although snow will turn to rain in the afternoon, heavy snowfall with locally blizzard conditions seems quite likely in the morning hours on Monday! 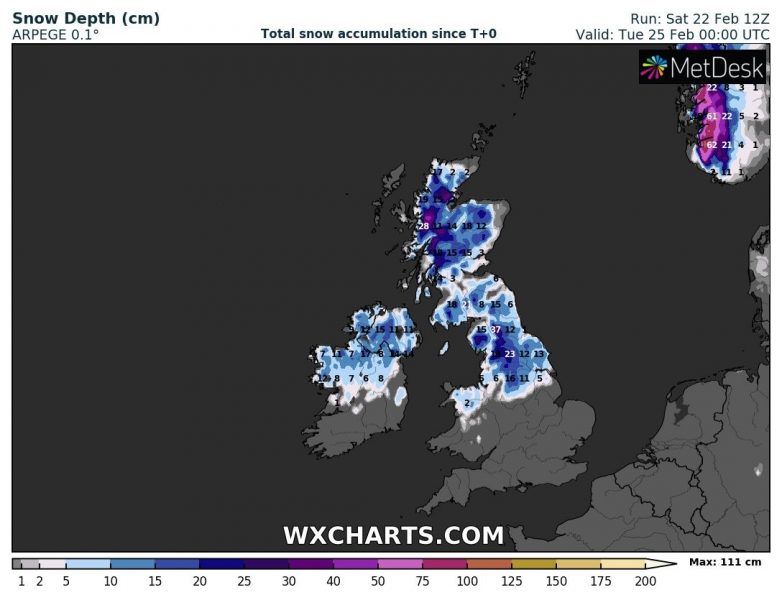 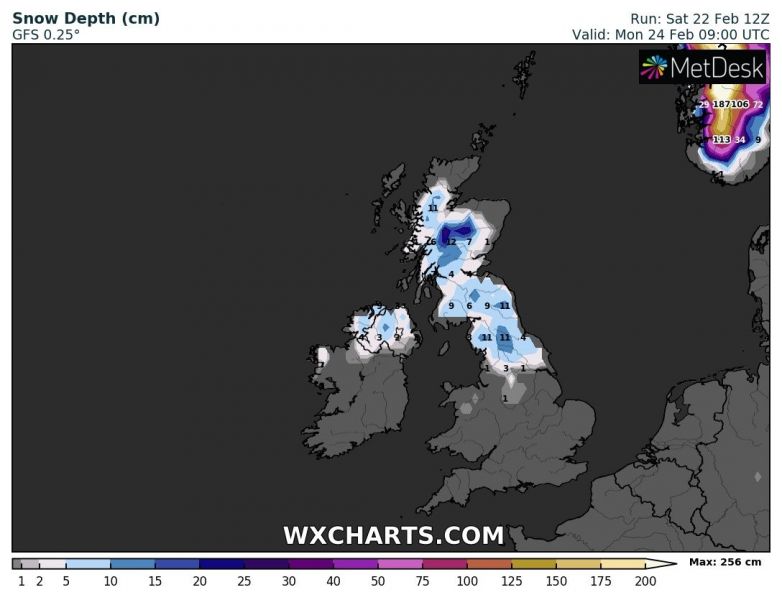 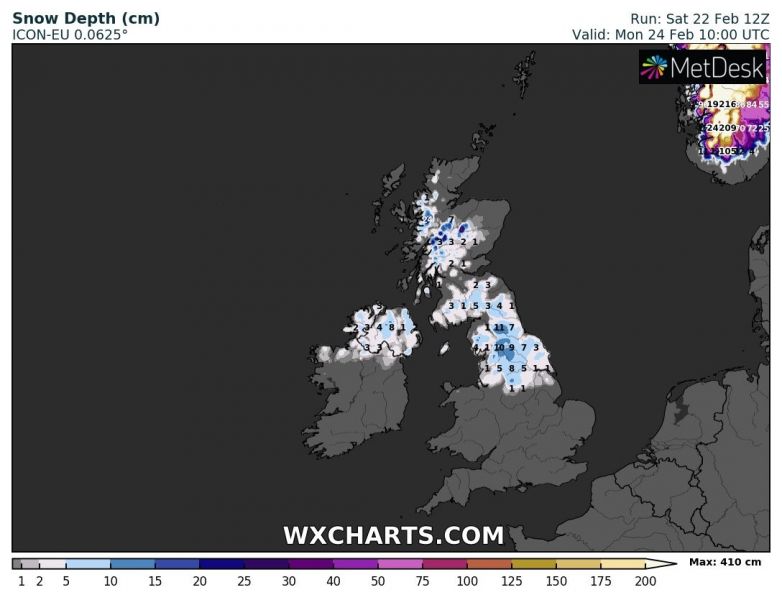 Recap: A new frontal system will deliver heavy rain squalls and severe winds across western Europe on Monday, also quite some snow into parts of the UK, Ireland, and southern Scandinavia. We are monitoring the system’s evolution and will keep you updated, stay tuned!