Just a few days after we talked about the Arctic ice extent reaching 10-year highest values, we are witnessing a warming event over the eastern Arctic. Temperatures are expected to rise over 20°C above normal for this time of year. 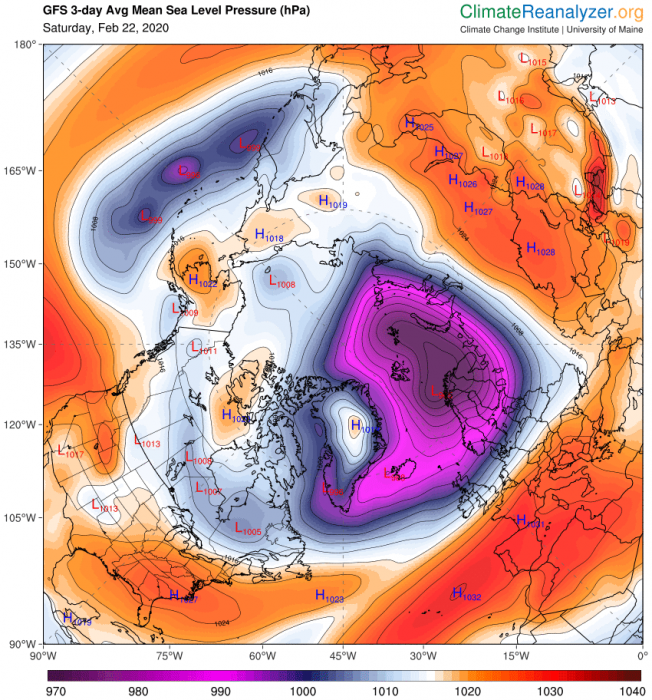 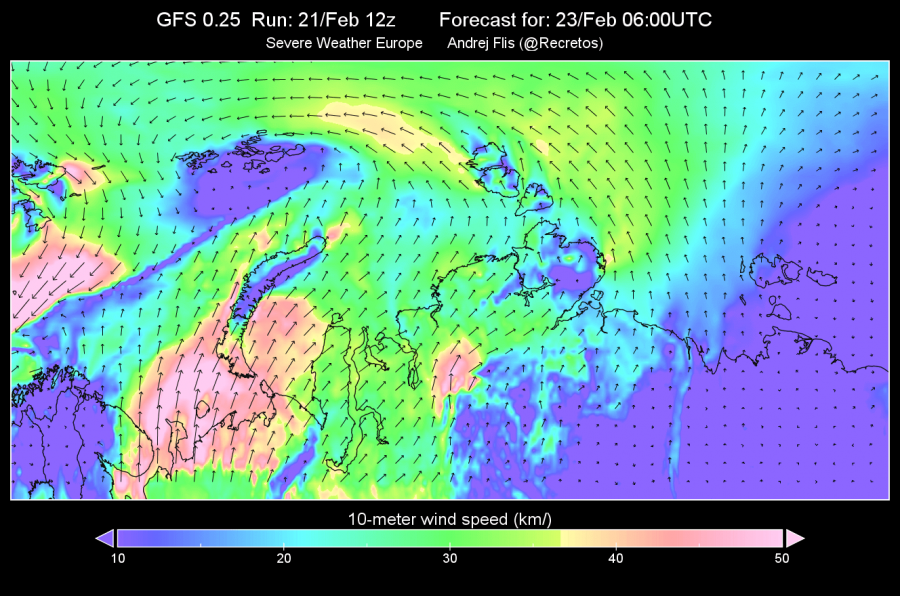 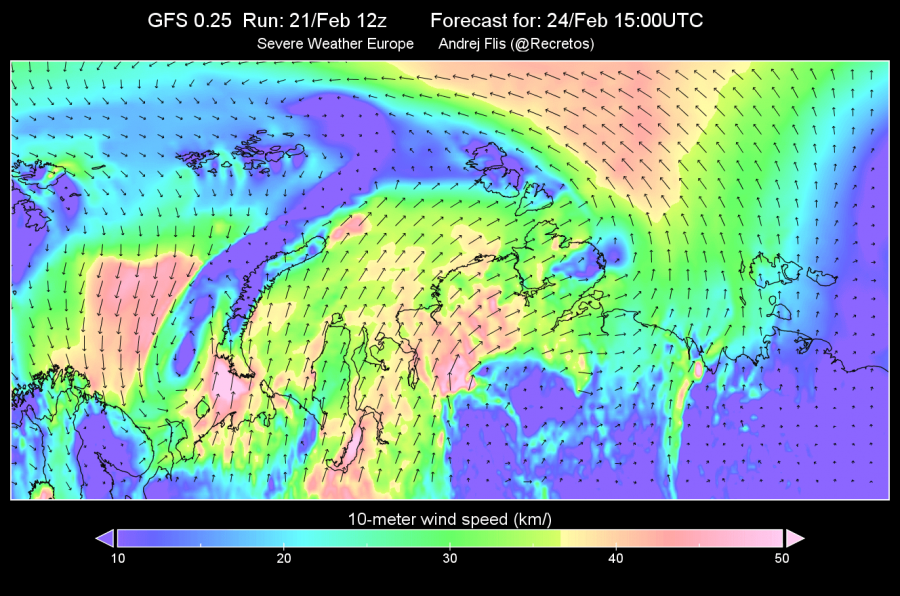 Temperature forecasts reveal this strong warm air transport, with temperatures rising to near-zero inside the Arctic circle, which is very unusual for this region in this time of year. This is going to be a multi-day event, since the warmer air will continue to travel further towards the east, over Severnaya Zemlya, into the Laptev Sea. It will slowly cool down, but still stay well above the long term average for this time of year. 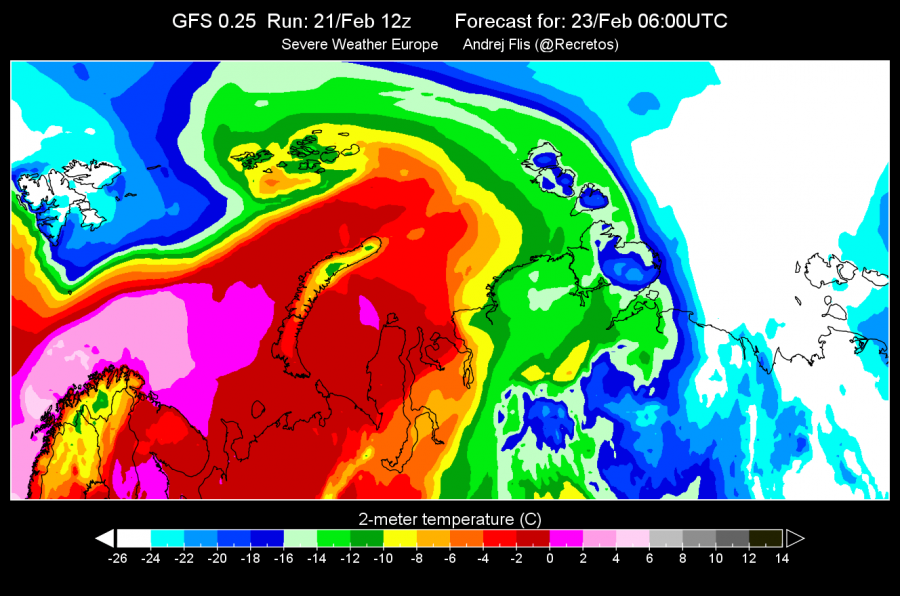 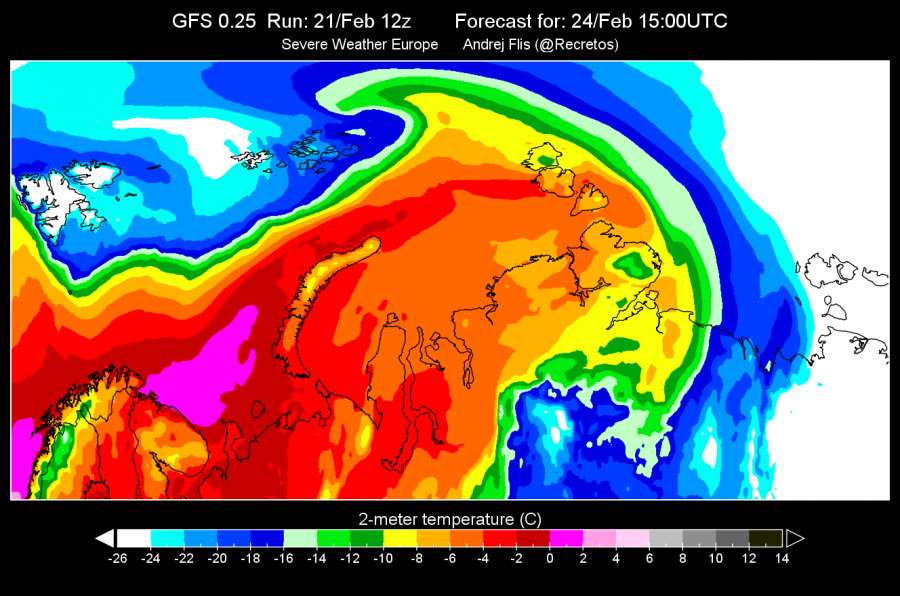 How much above normal? The forecast reveals that the temperature over the east Arctic ocean will be more than 20°C above normal! This is a very strong warm air intrusion for the Arctic circle. The air is only relatively warm, as the maximum temperatures are ranging from -4 to 0 in some places. That might seem cool or cold to some. But when the usual temperature in the region is actually -35°C to -25°C, we can consider 0°C to be very warm (relative to the usual temperature). Below is a 3-day sequence of the strong warmer air intrusion, showing the temperature anomalies, compared to the long term average.

Overall, the Arctic sea ice is currently stagnating, not growing and not melting. At this time of year, it should still be growing. The warmer air intrusion will not melt more ice further east since temperatures will stay below freezing. But it does hinder further ice growth. We can see on the concentration chart that there are already lower sea ice concentrations in the Kara Sea and towards west on the coast of Russia. Those lower concentrations are more prone to melt during such warming events. If more such warm intrusions were to follow, it could mean an early start to the ice melt season. The usual ice melt season starts in late March. 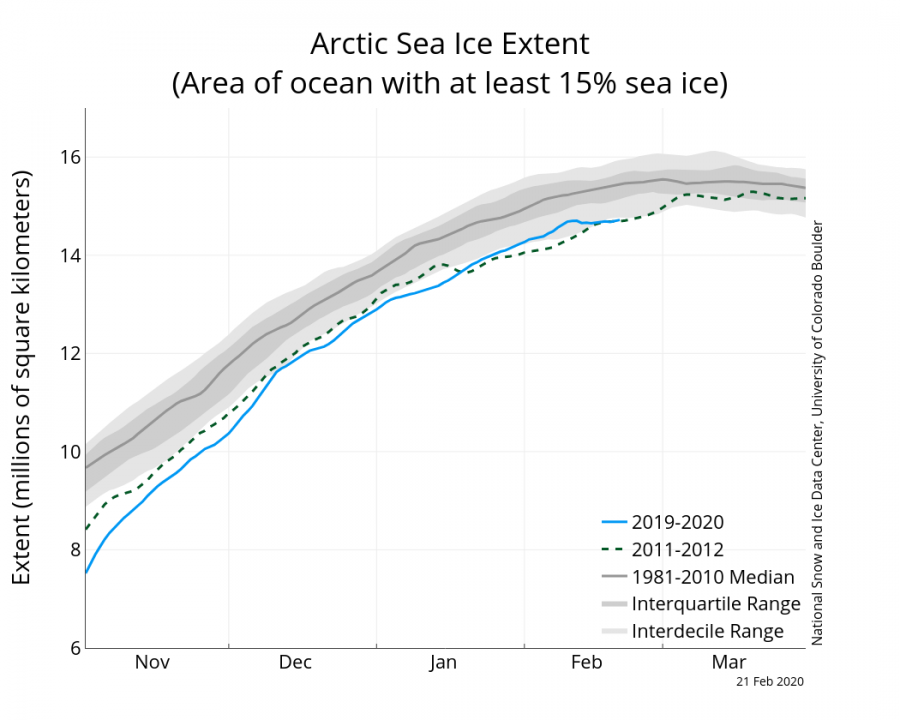 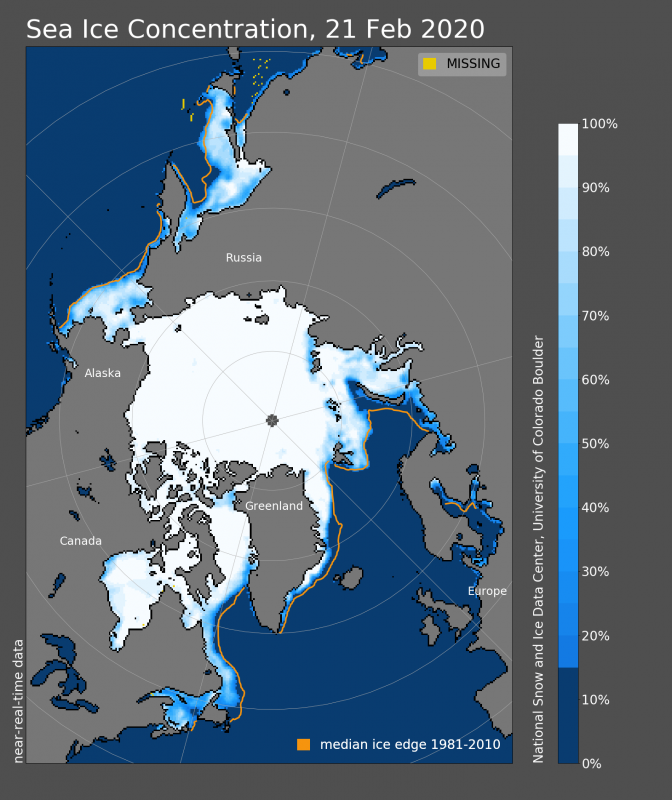 We will keep you updated on any important further development. While you wait for more updates, don’t miss the unusually cold polar vortex, which is so cold and strong, that it is actually destroying the ozone layer over the North Pole:

Uncertainties arise for Spring 2020, as the Polar Vortex starts to behave unusually. It turns bizarrely symmetrical and also cold enough to start the rare Ozone destruction process over the North Pole!