Both North Atlantic and Pacific are often active at the same time, but how often do you see both having so active cyclones and both having tandem of twins? Well, it is happening right now. Let’s focus on the Pacific in this post, but don’t miss the North Atlantic (see the link at the bottom).

Surface analysis at 18 UTC today, Feb 12th, reveals both cyclones are pretty deep, connected to each other with the front. The western cyclone is smaller with a central pressure of 962 mbar, rapidly deepening and developing hurricane-force winds. It is located SW of the Aleutian Islands. The eastern cyclone is much bigger, but with higher central pressure – 984 mbar. It is located over the Gulf of Alaska and has reached its mature stage, gradually weakening with rising pressure expected overnight. Below are the past 24 hours analysis in 6-hour intervals. 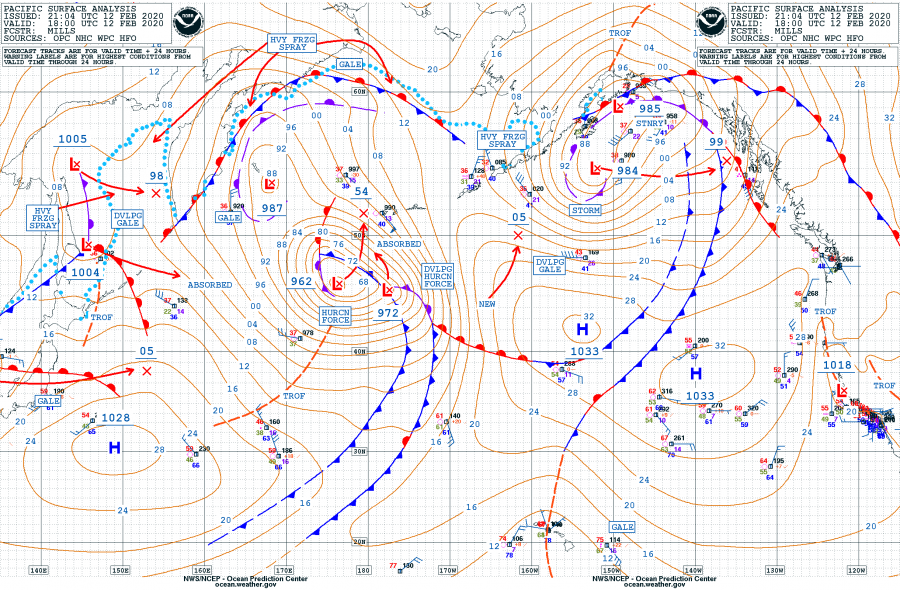 Cyclone #1 – the western of the twins. We can see the pressure drop was 30 mbar during the past 24 hours.

Cyclone #2 – the eastern of the twins. This system is, despite being very large, less robust and its pressure change was not significant during the past 24 hours.

But the satellite imagery is simply spectacular. Attached are different satellite channels of the twins, impressive to see them connected to each other and revealing textbook cyclonic structure. 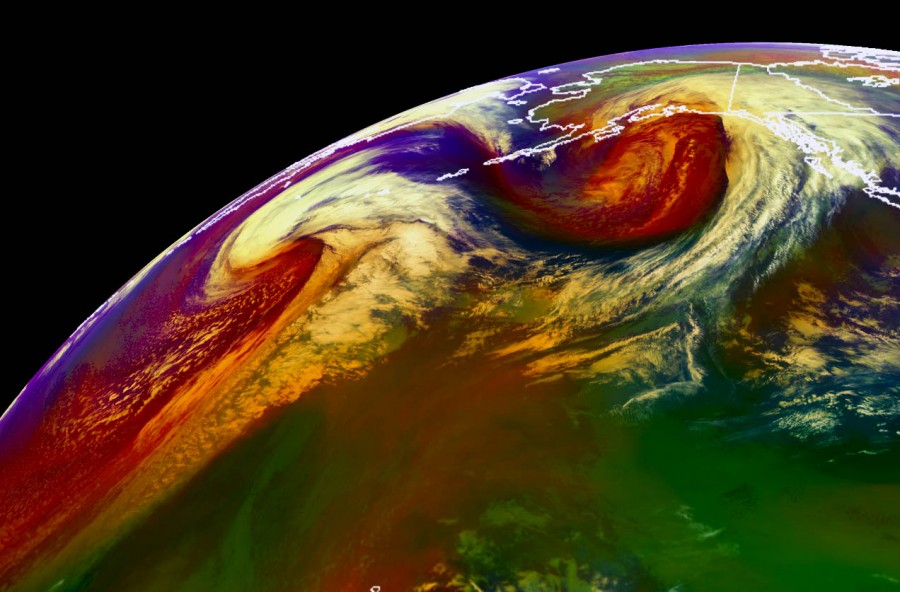 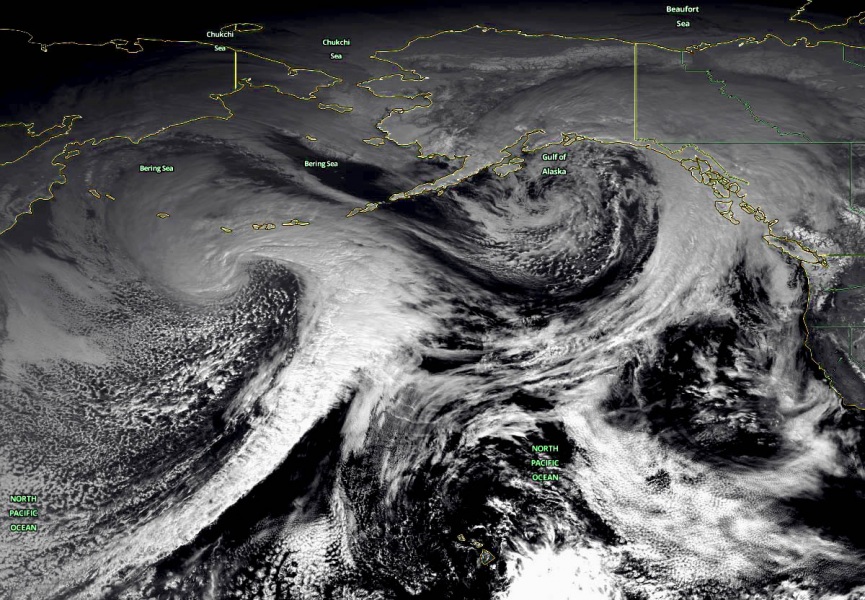 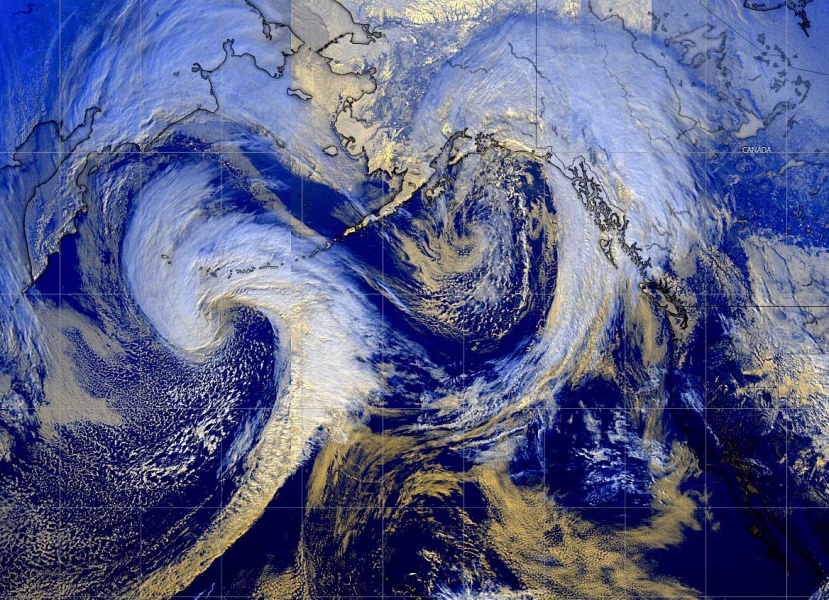 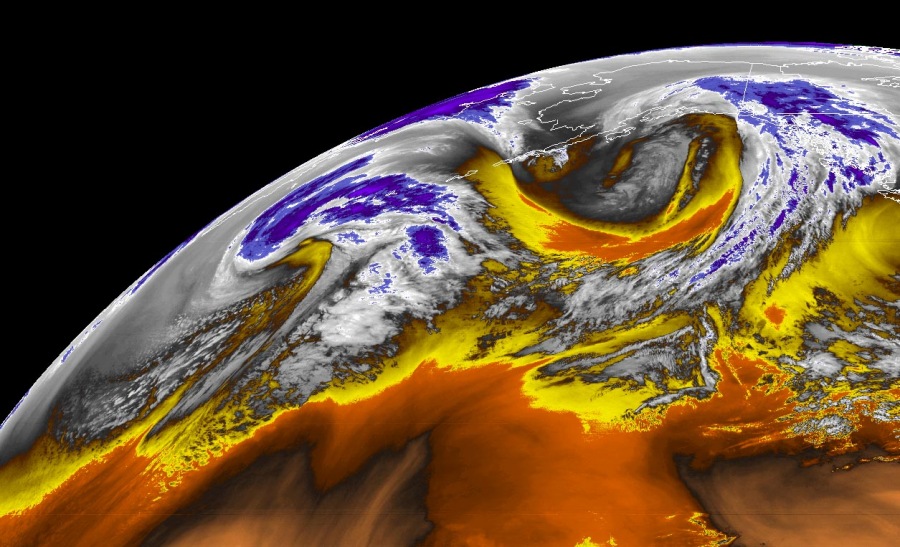 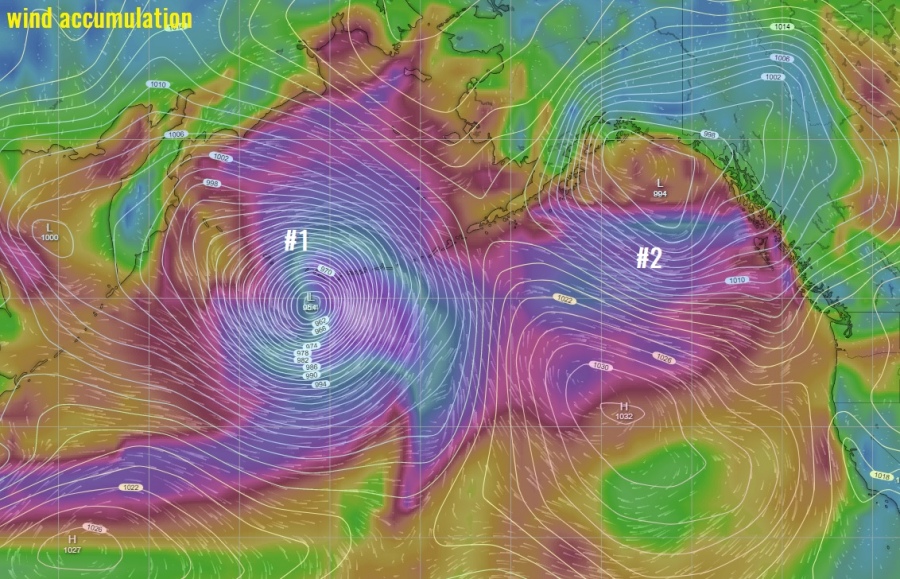