While the stratospheric polar vortex is getting ready for the strong temperature and pressure dynamics in the coming week, its tropospheric counterpart is trying to organize.

A warming event is about to start in the upper levels of the stratosphere, creating a strong attack on the polar vortex, trying to disrupt its circulation and displace it from its polar throne. While that is about to happen in the higher levels of the stratosphere, the polar vortex does reach all the way to the ground. In the troposphere, where our weather is, the polar vortex is not in very good shape. We can see on the maps below (tropicaltidbits.com) that we have a lot of “waves” in the sub-polar region, indicated by the very spread out pattern of negative anomalies. In a more normal-organized state of the tropospheric polar vortex, the blues are more compacted together, closer to (or in the) polar circle. 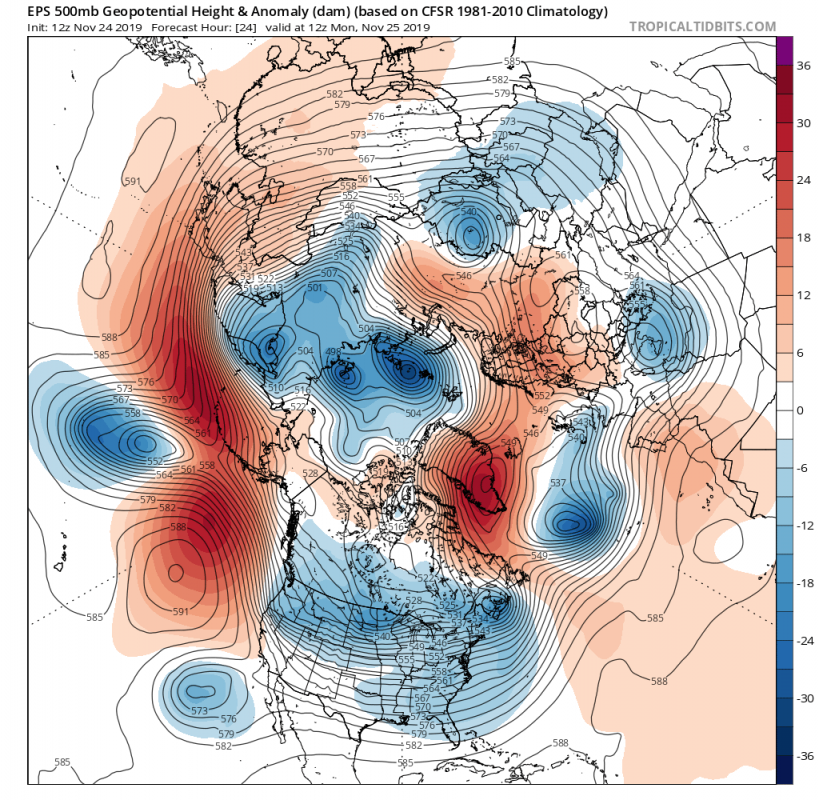 While the tropospheric pattern with many waves does usually enable cold air to reach south into the mid-latitudes, we are currently seeing colder air being more locked into the polar circle and over Siberia, with occasional drops into North America.

But, by the weekend, as the pattern progresses, we will see a strengthening blocking ridge over Greenland. That will help to extend the lower pressure from the Polar region into north Europe/UK. That will enable a more northerly flow from the polar circle into Europe. Over the USA, we see a new low-pressure system entering from the west. That will (for now) drive warmer weather up from the south into the eastern United States. But as this atmospheric “wave” progresses over the continent, it actually starts to pull cold air down from the north and helps to build more high pressure in the North Atlantic on its eastern side. 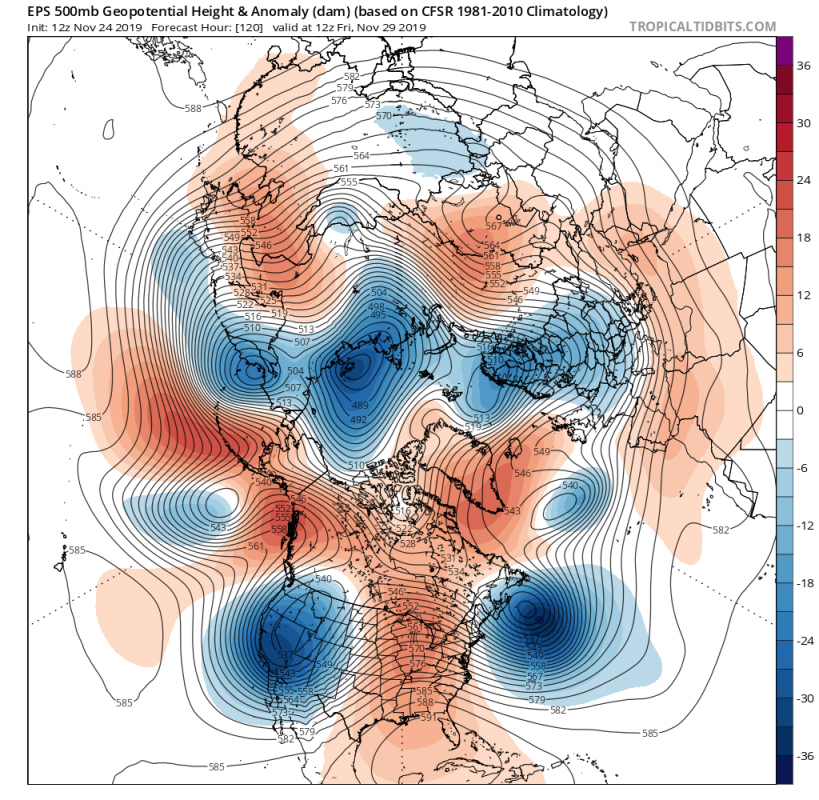 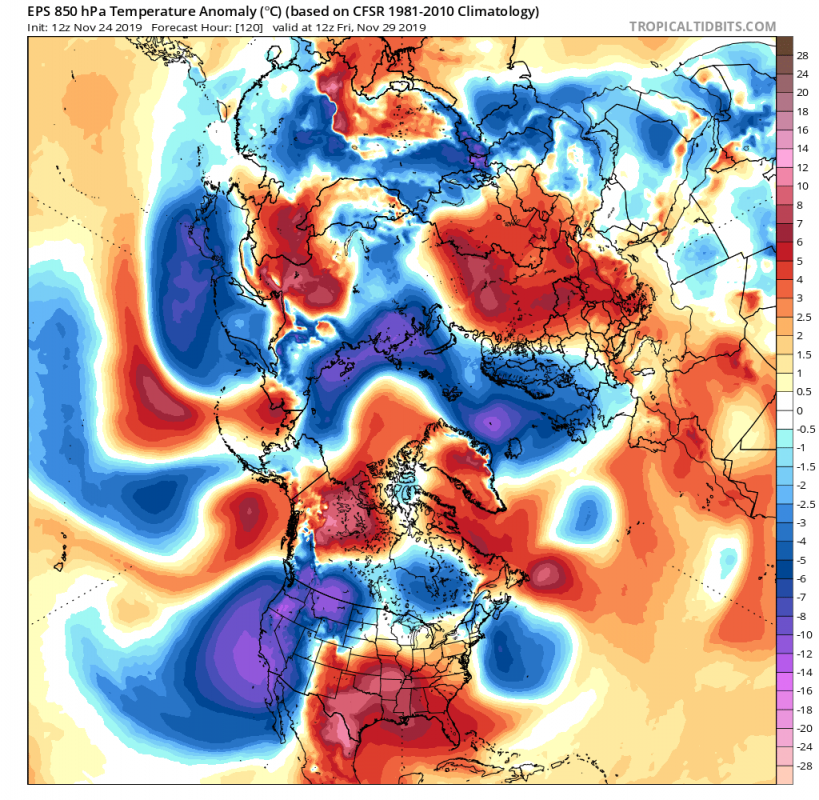 As the pattern makes its last progression into early next week, the low-pressure system over the USA is in transition over the east. It drives the building/strengthening of the ridge (high) in the North Atlantic. That acts as a boost to the northerly flow from the polar circle, unlocking the transport of colder air south into Europe. Over the USA, the same northerly flow is enabled on the west side of the progressing low-pressure system, starting another cold air outbreak into continental USA. 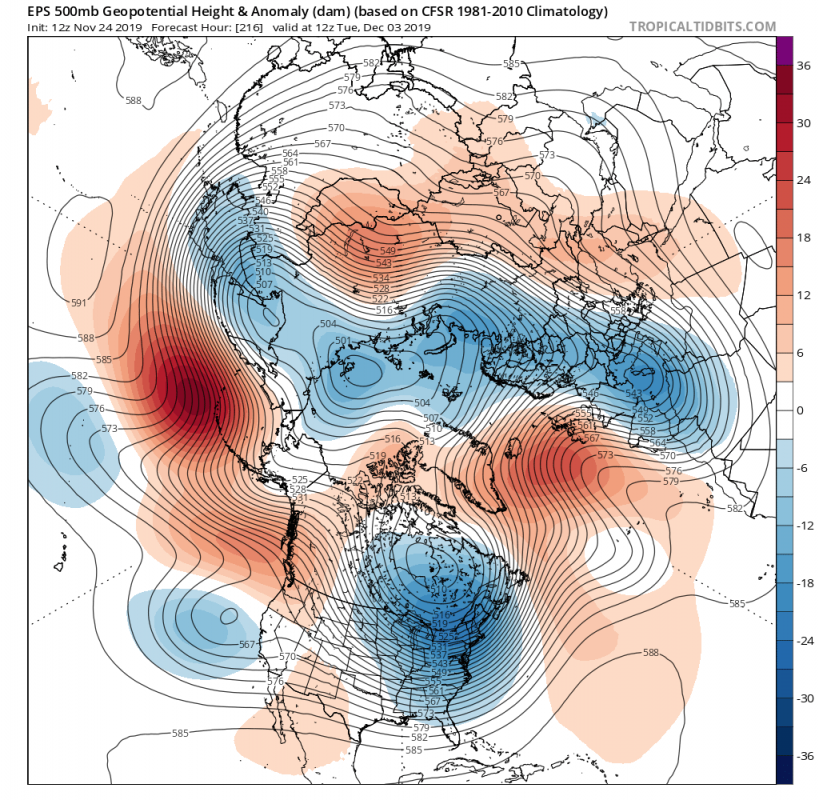 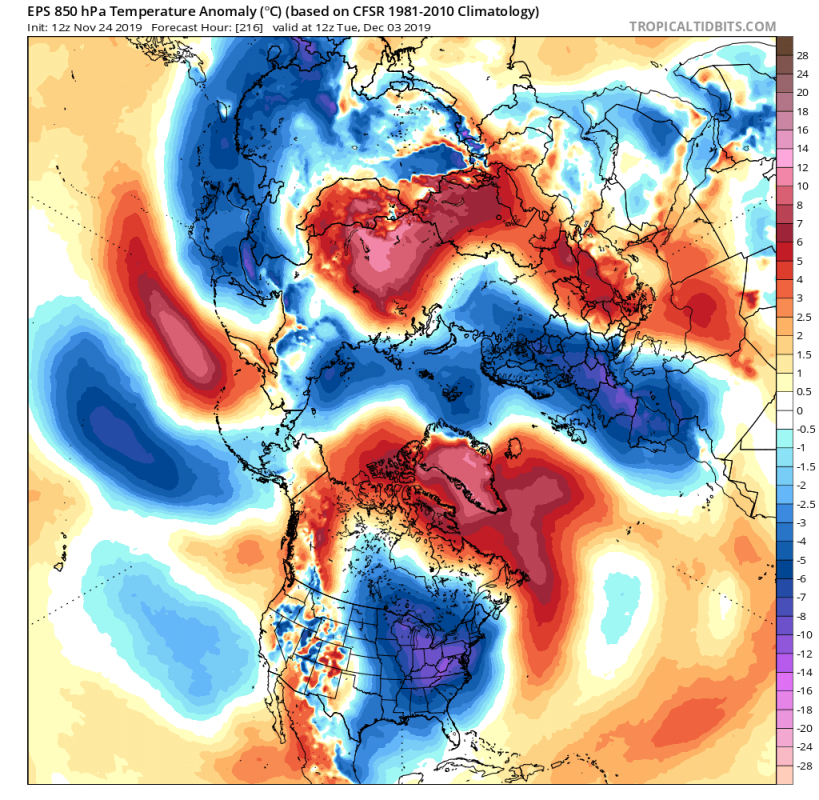 Colder air, together with moisture also means snowfall. There is currently an agreement for an expansion of snow cover along with this pattern progression and cold air outbreaks. While no definitive snow forecasts can be made this far into the future, we do see a trend on the ensemble forecasts. Snowfall is likely and some snow cover is expected to expand over Midwest and into NE USA. In Europe, we see a trend towards snowfall and snow cover from Scandinavia into Central Europe and further towards eastern Europe. This is pretty much where the signature of the colder air is currentlyin the forecasts. 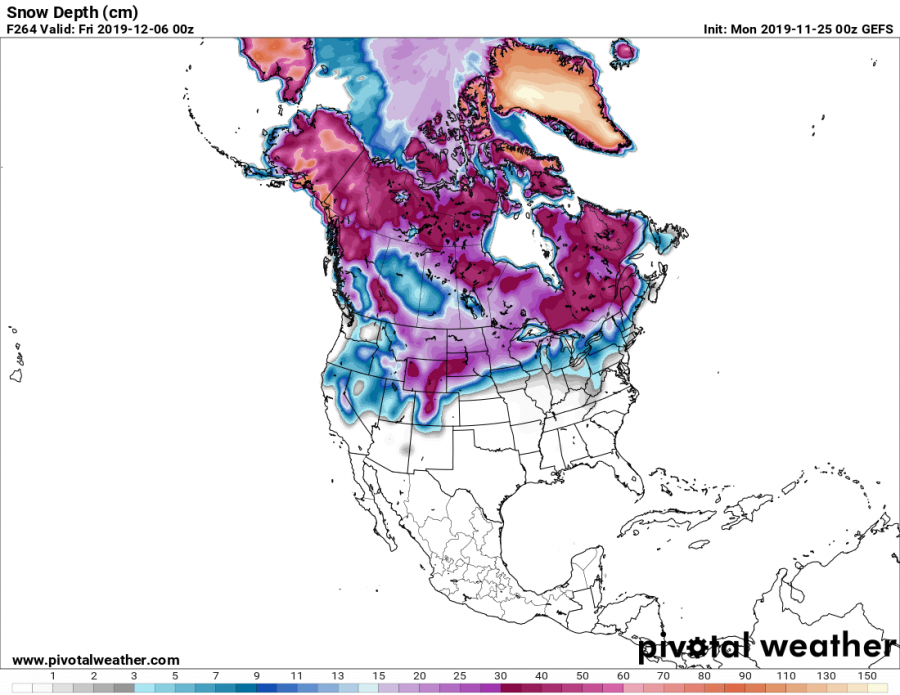 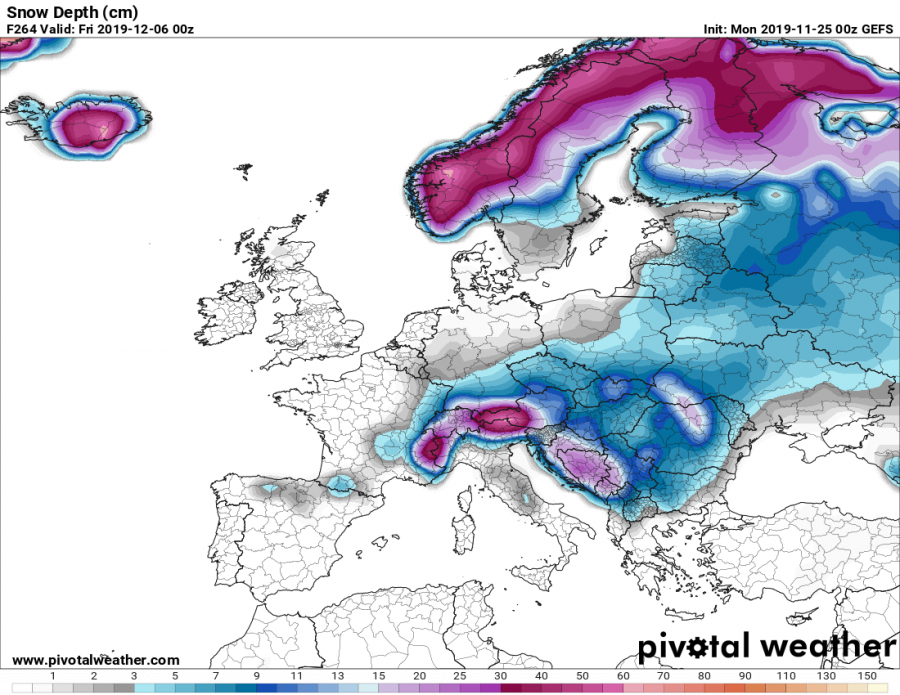 The tropospheric polar vortex is still not very organized at this point, but it went a long way. The progression of such a pattern and the weakening of the North Atlantic ridge will enable some compacting of the circulation. That is already in week-2 from now, but current trends show a possible “power-centering” over the Scandinavian or Siberian sector, while some go for centering over NE Canada/Greenland. These two scenarios give a different weather outcome for Europe and the USA, so we will monitor closely. 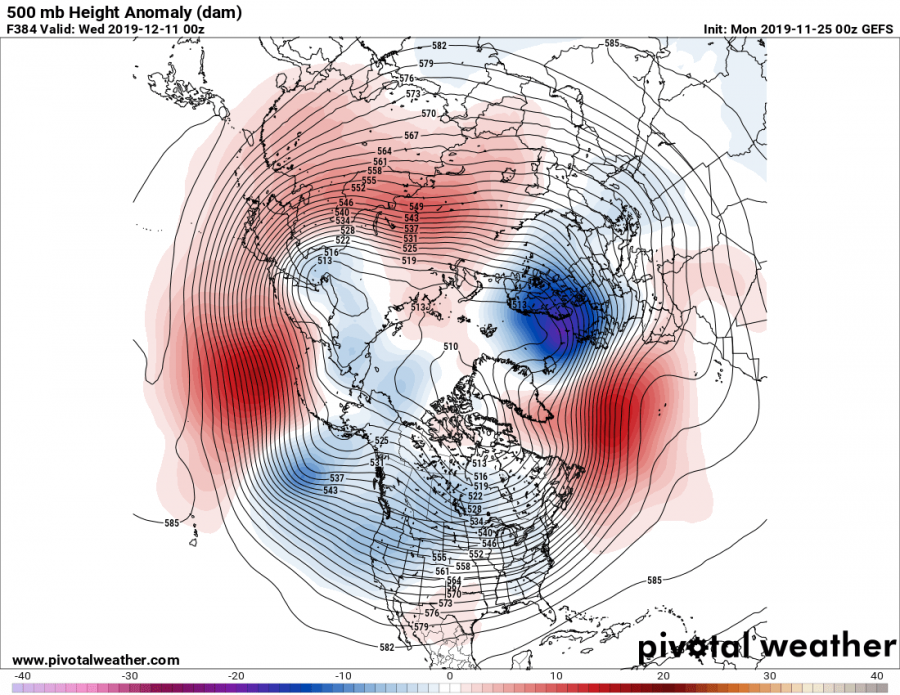