Ex-tropical storm SEBASTIEN or its remnants have transitioned into an extra-tropical cyclone overnight and are now re-organizing. Sebastien traveled to the north of Azores, the minimum central pressure at Flores airport reached 993.7 mbar at local midnight. Peak gusts at some METAR stations reached 101 km/h in Angra Do Heroismo, 94 km/h in Flores and 90 km/h in Horta (Azores, Portugal). Cyclone is expected to deepen significantly during the next 24 hours while moving towards western Europe, its center is heading towards southwestern Ireland and is likely coming ashore in the morning hours tomorrow, Nov 26th. 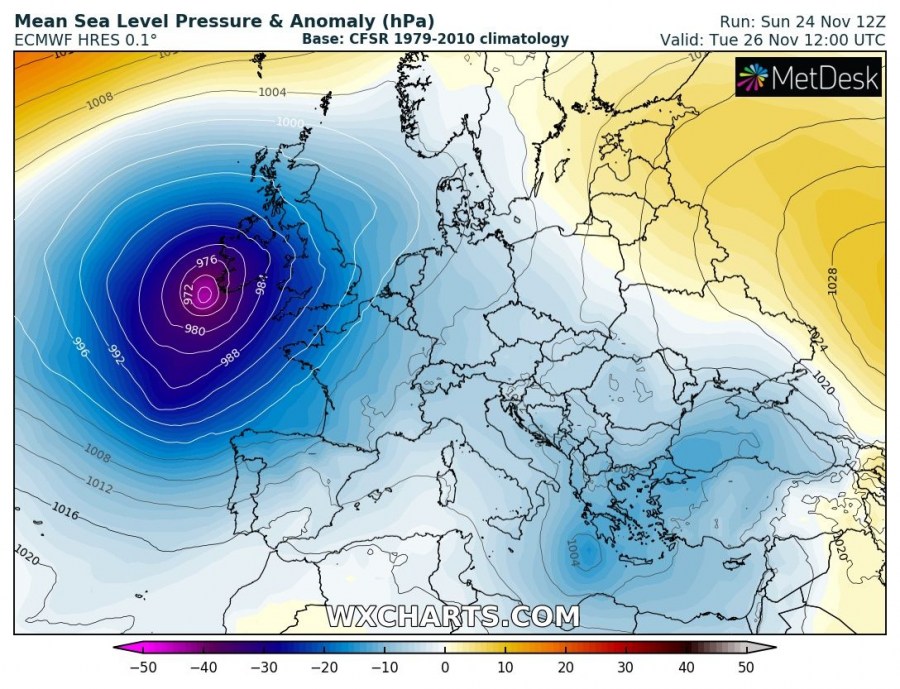 Morning satellite and pressure analysis reveal the cyclone is located near 44 °N / 25° W with an intensifying band of convection over its northern parts, central pressure was around 989 mbar and deepening. A well-defined dry intrusion is pushed around the core from the SW. 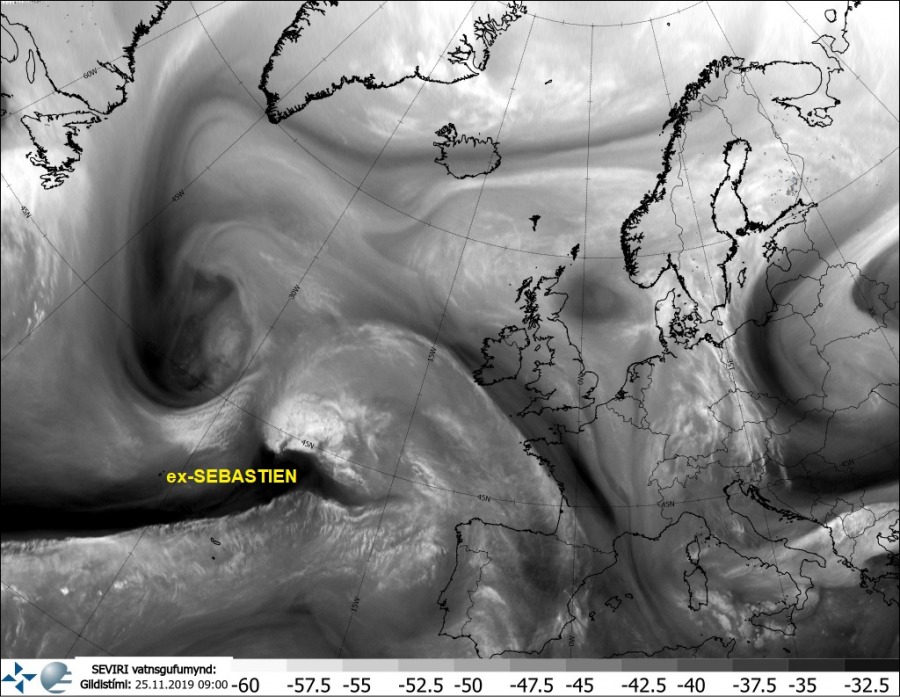 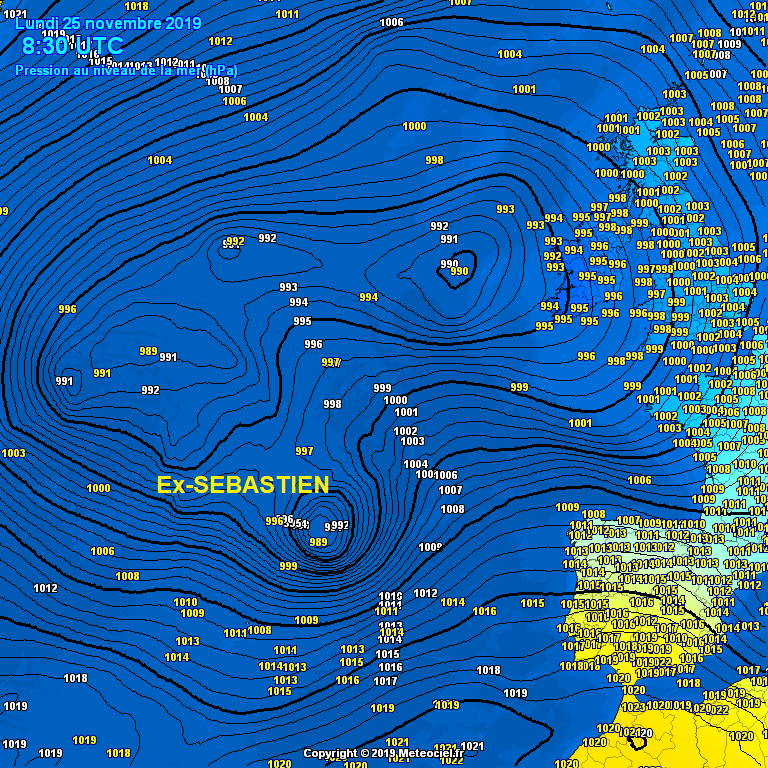 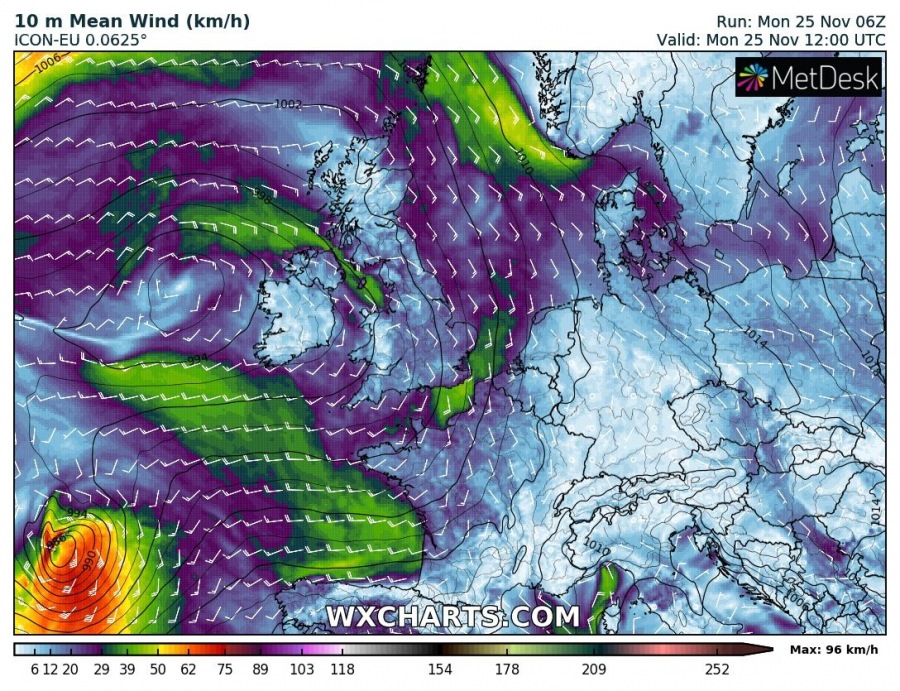 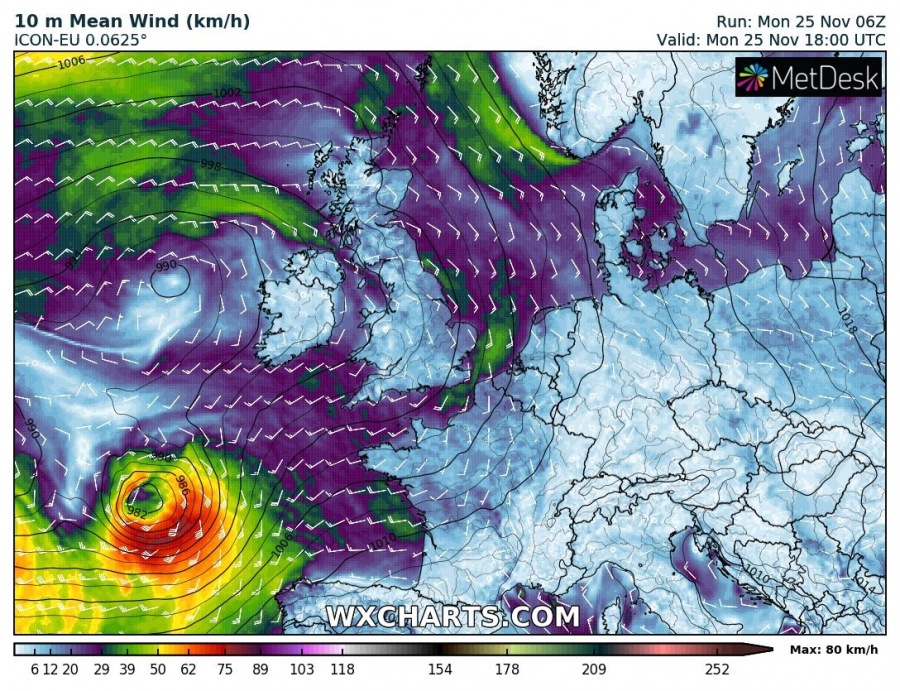 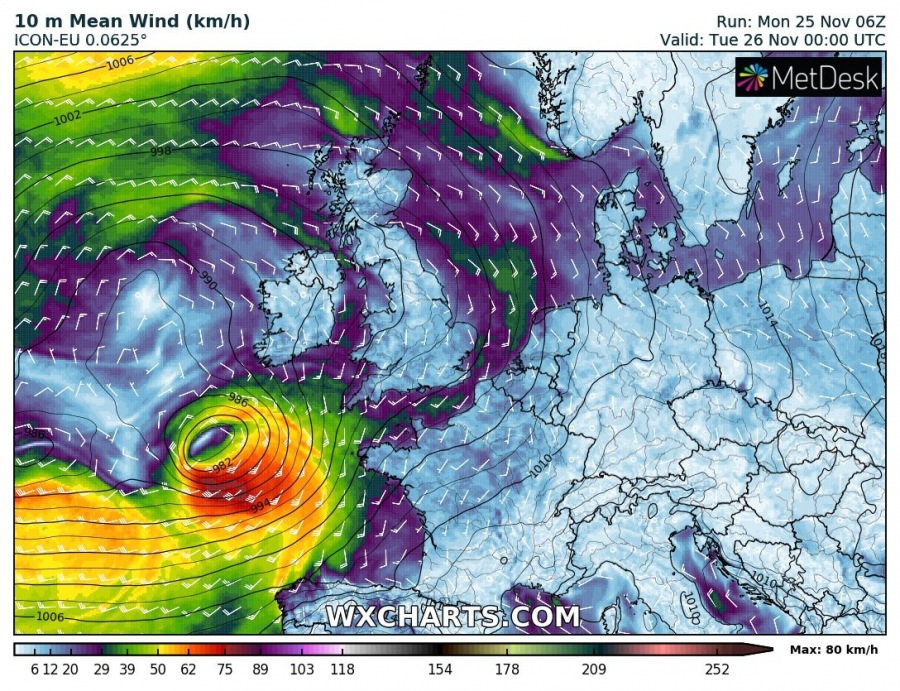 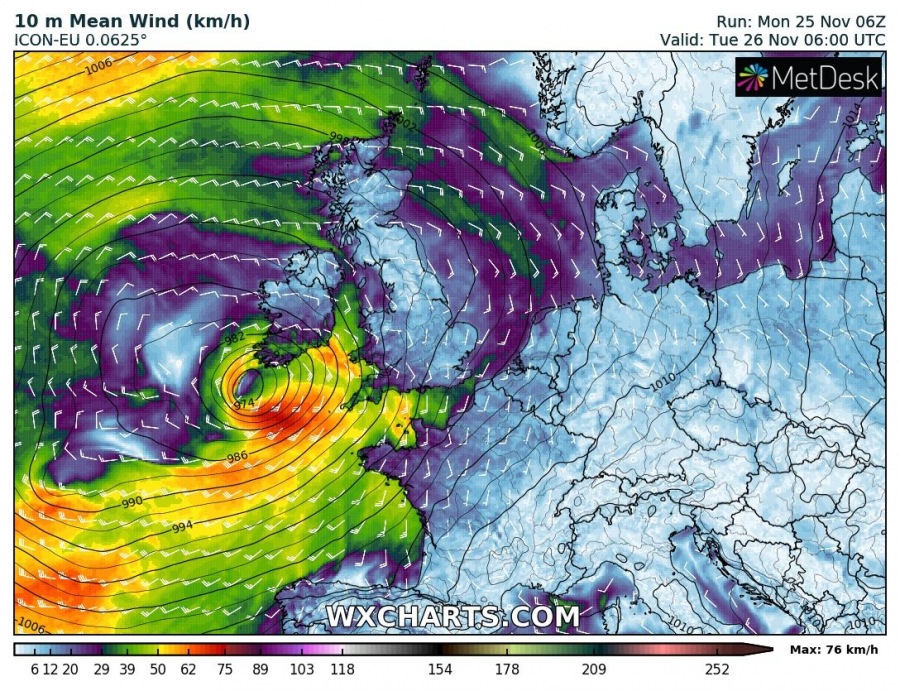 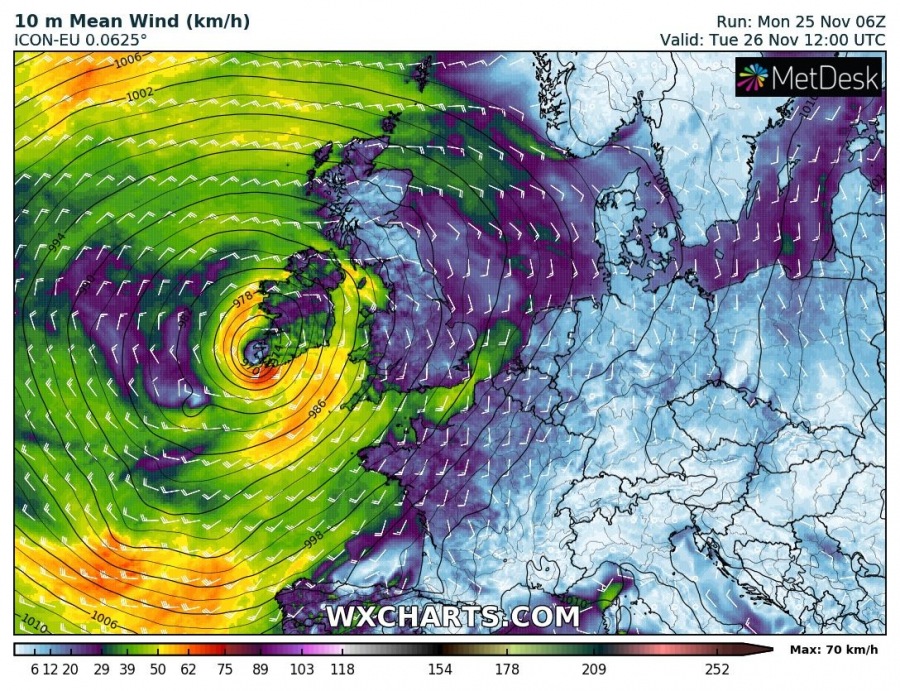 GFS, ARPEGE and ICON-EU are all in very good agreement regarding the swaths of peak wind gusts associated with the cyclone moving across the Bay of Biscay, affecting Ireland, SW England, W France and NW Spain. 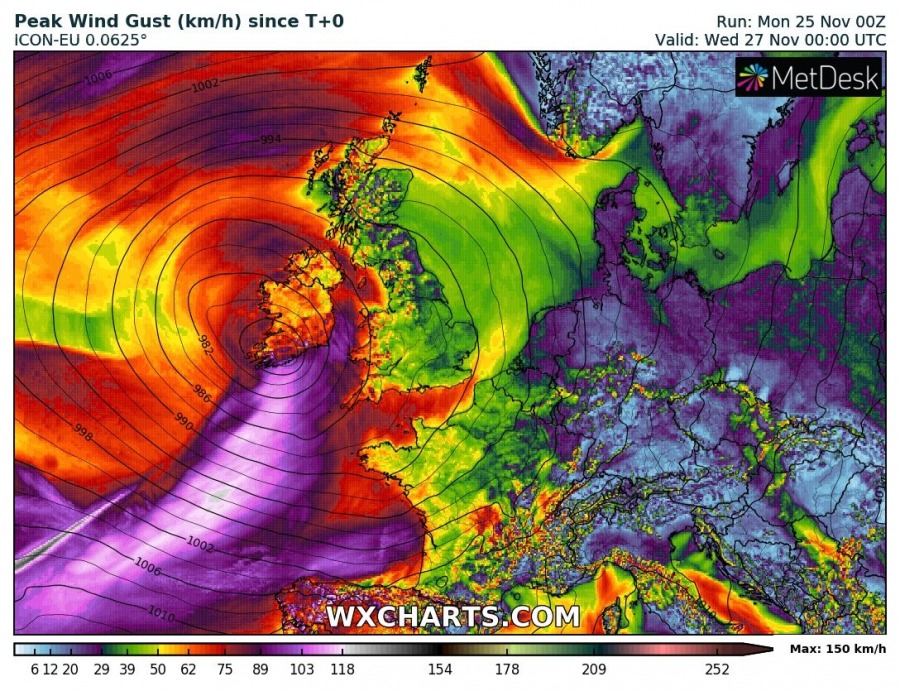 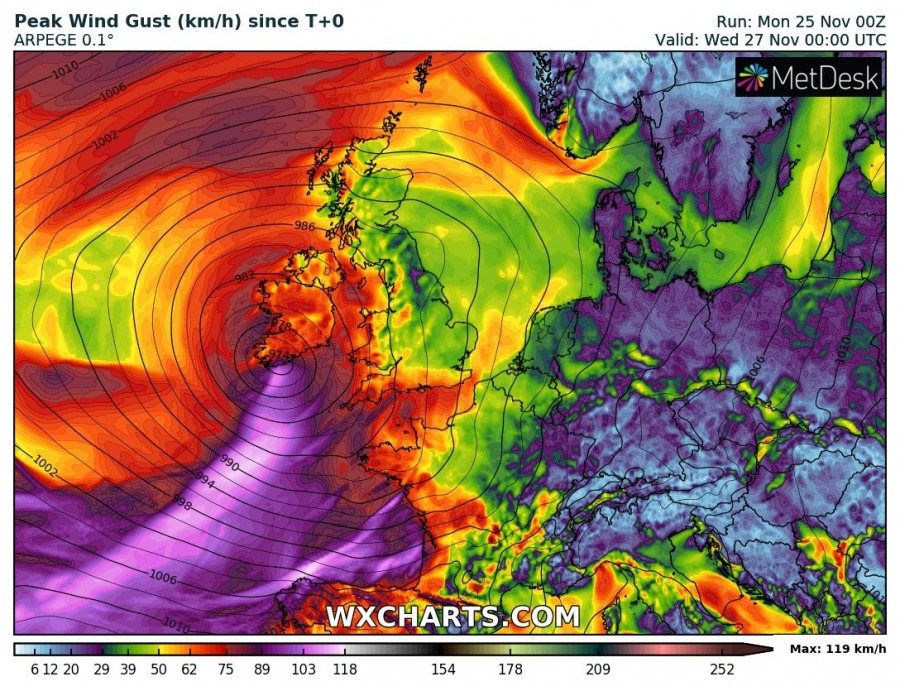 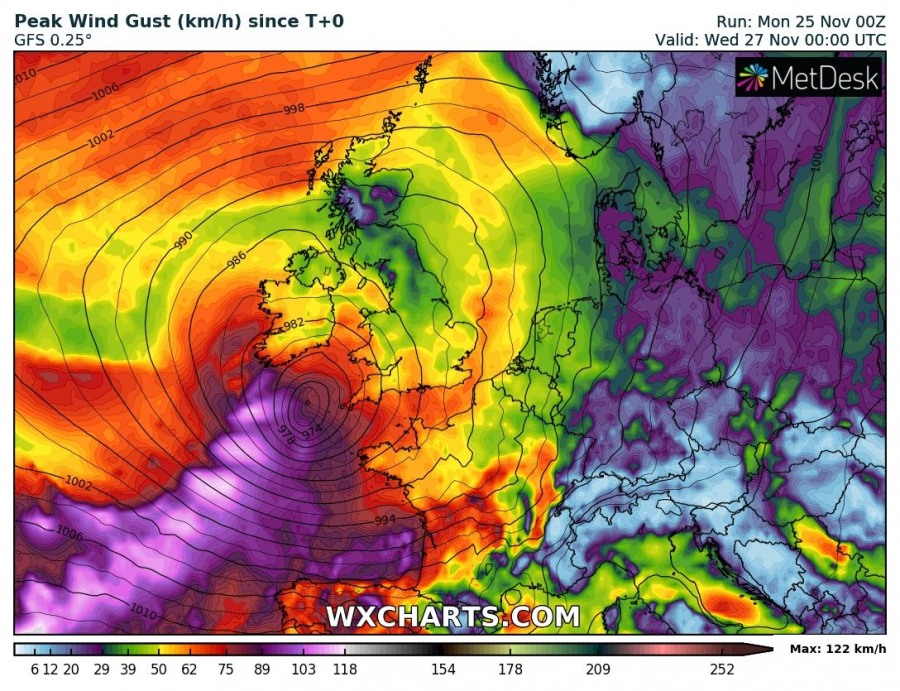 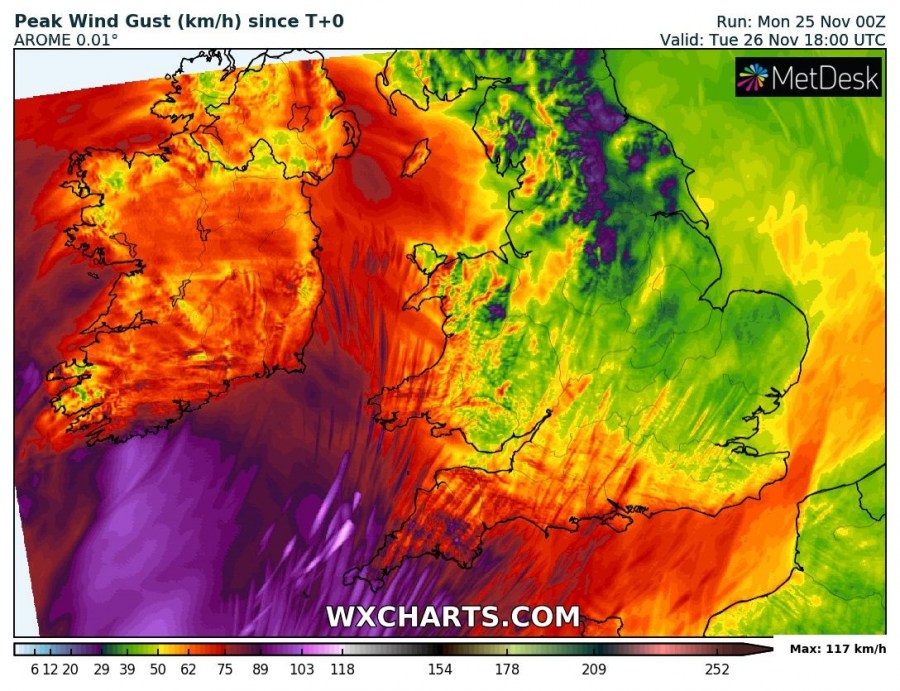 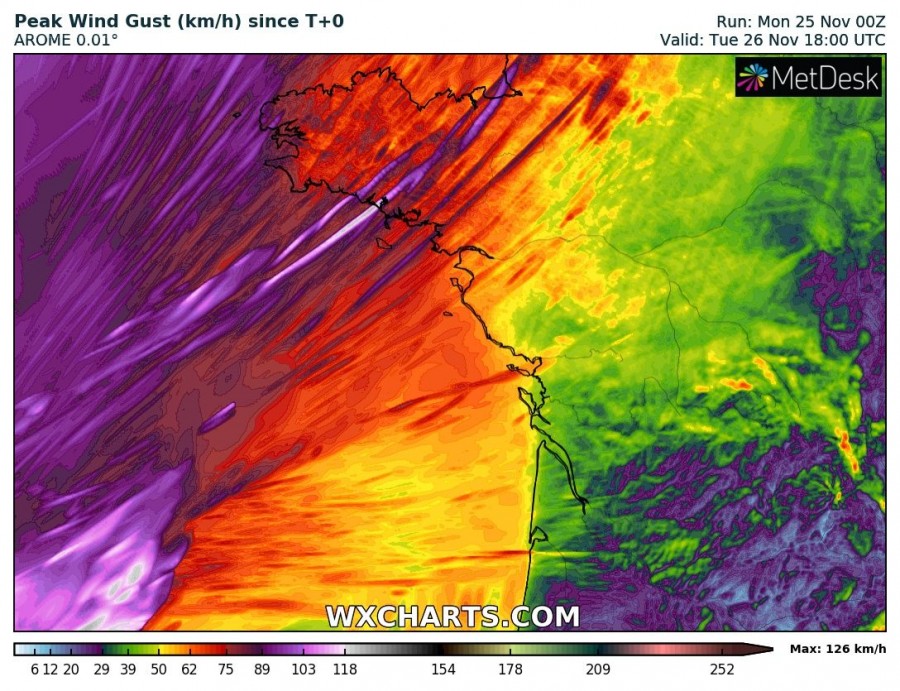 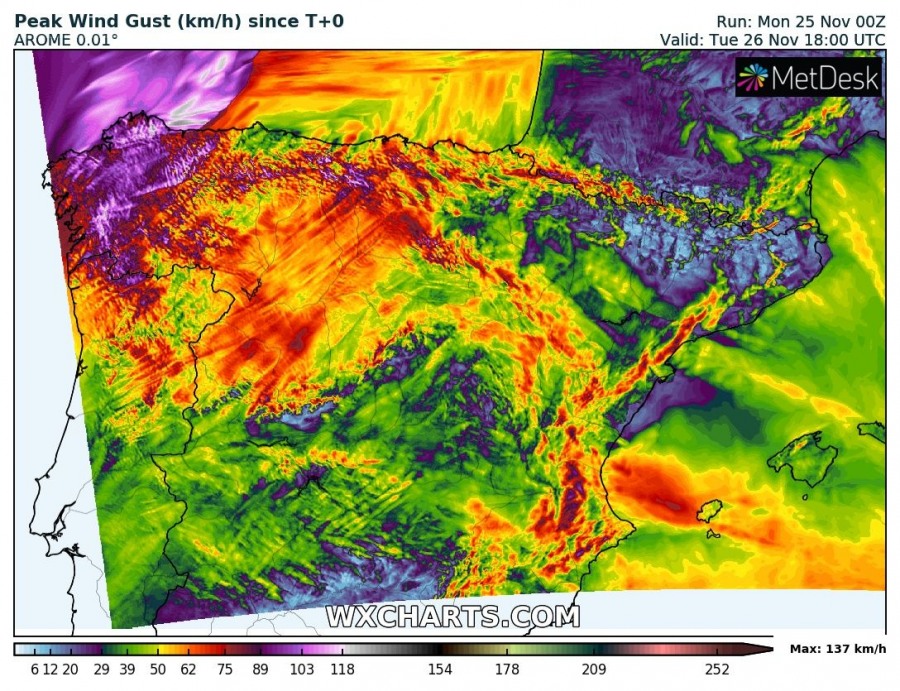 Heavy rainfall is associated with the convection ongoing close to the cyclone’s center, the swath of the intense rain is nicely visible on the high-resolution models. Models suggest some of this heavy rainfall will also push into SW Ireland, but should not be particularly strong. 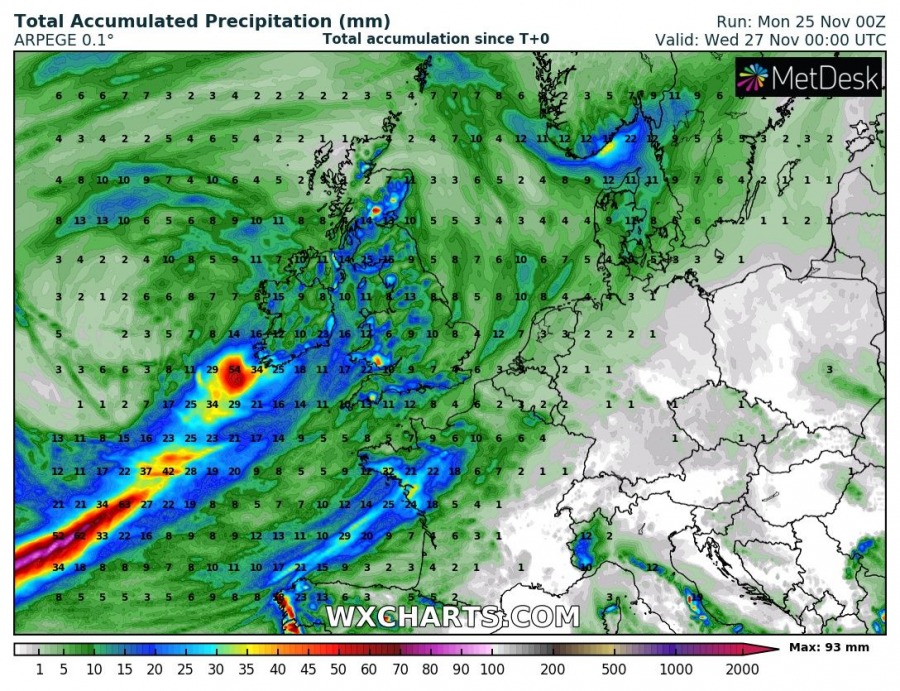 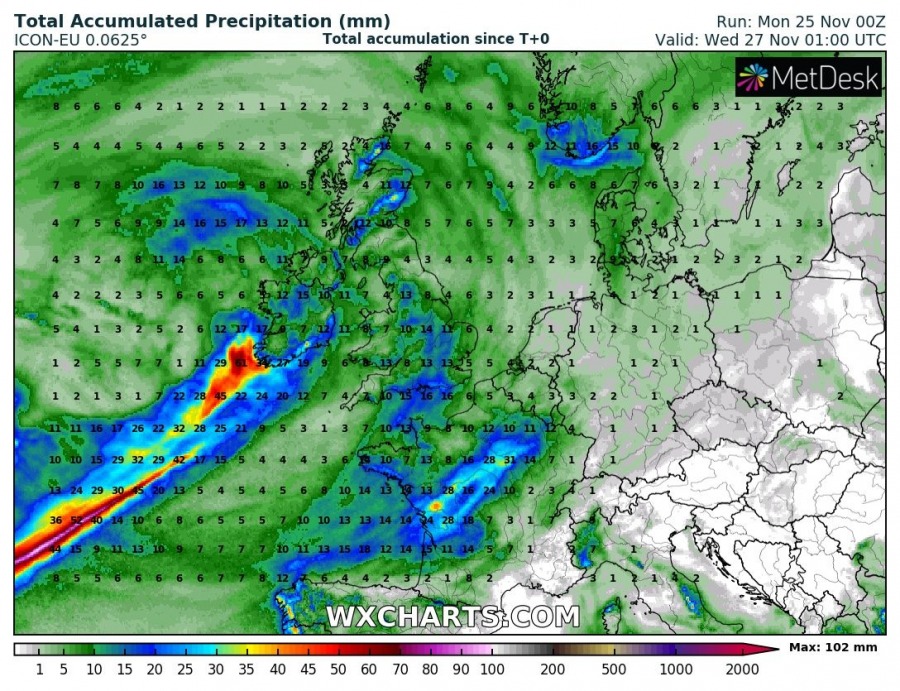 We will be updating again this evening with the latest model guidance and analysis data – stay tuned!

*NEW UPDATE* on the significant change in SEBASTIEN’s behavior – although it was expected to dissipate, it returns with a big bang and heads to Europe