A strong new warming phase is getting closer, and is set to begin in 10 days! The final power and the later effects are still under discussion. So far, the weather model calculations were good.

In case you are not familiar with this process, we ancourage you to chek our tutorial post, that explains WHAT IS THE POLAR VORTEX AND WHAT IS ITS SIGNIFICANCE.

The polar vortex is currently under pressure from a medium power wave-2 pattern. This “attack” pattern will slowly weaken, making way for the near record-strong wave-1 pattern to take over. The number of the wave tells us how many “highs” are pressing against the polar vortex (low). On the image (weatheriscool.com) below we can see the current ongoing wave 2 nearly gone, as the Atlantic high has weakened. 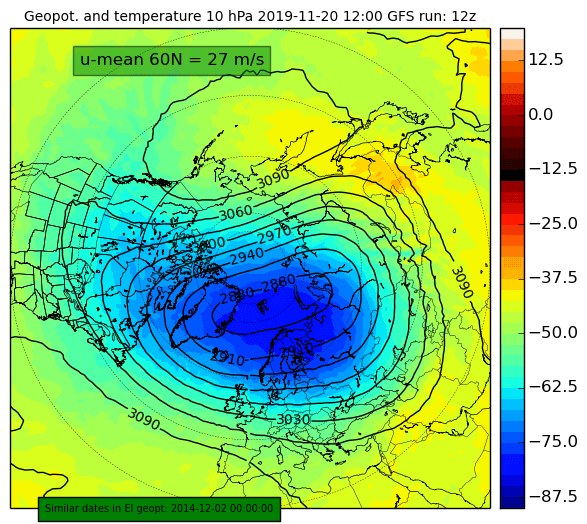 The polar vortex will have little time to catch some breath. Its bad luck will continue, as a strong wave-1 pattern will start to emerge in just a few days, yet again pressing strongly towards the polar vortex. This time from just one side. 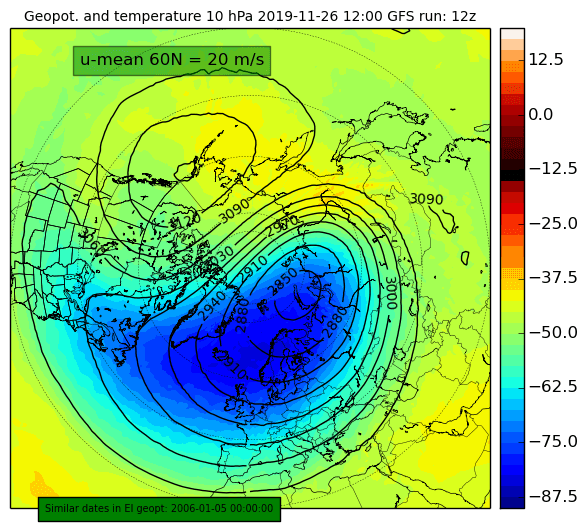 The 16-day ensemble forecast shows the strength of the stratospheric jet stream around 30km altitude. Notice the short break in the weakening trend, as the wave-2 attack ends and the vortex catches some air. Then we see the weakening continue, as the strong wave-1 pattern emerges, seen above. There are now ensemble members starting to show the reversal of the stratospheric jet stream (red color), which would qualify this warming event as a technical Sudden Stratospheric Warming (SSW) event. 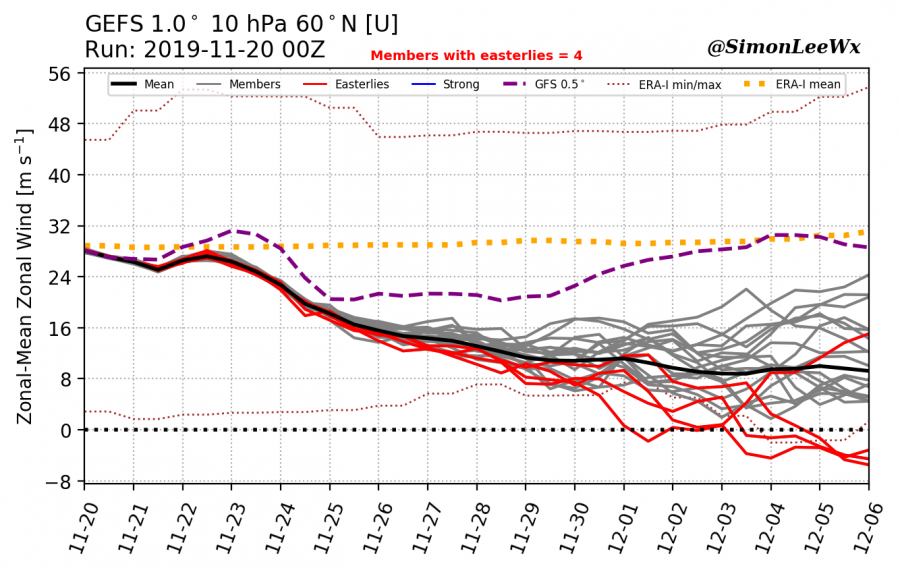 By November 30th, a new warming phase will start over the Eurasian sector. It is forecast to escalate fast, emerging much stronger than the current warming phase. We forecasted additional warming phases over one week ago, due to sharp pressure differences and atmospheric wave-breaking in the higher levels. 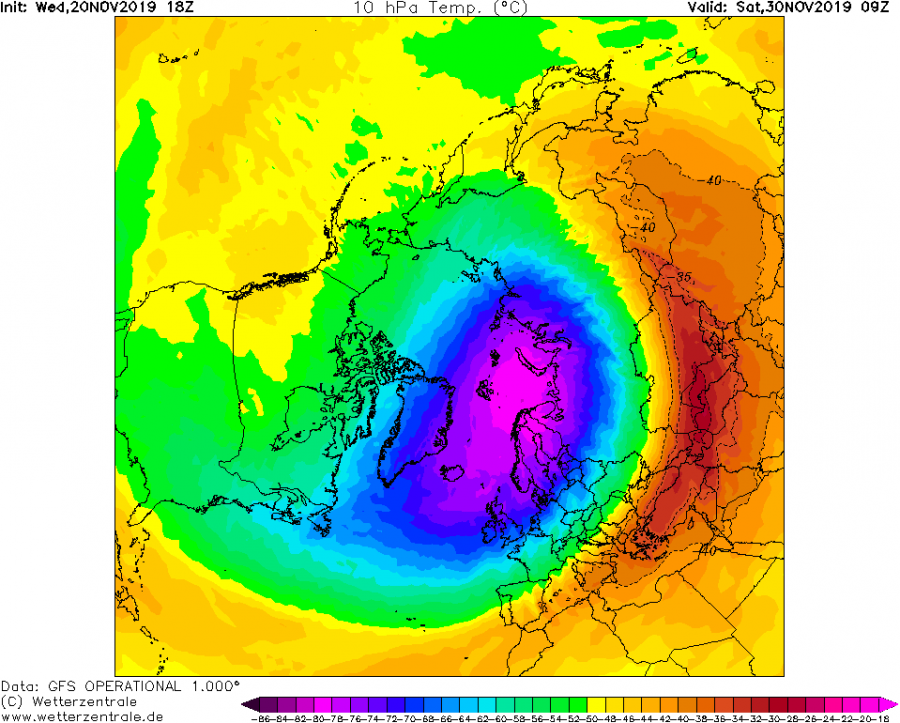 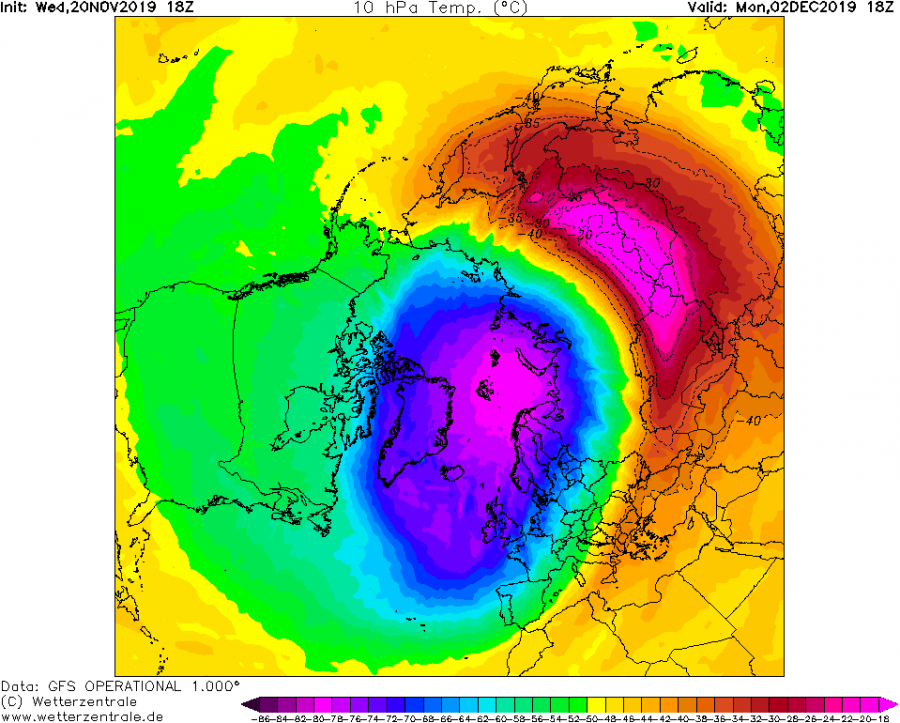 The warming in the stratosphere usually comes from the top down. Energy from the lower levels near the ground is deflected upwards and reaches the top of the stratosphere. It is then amplified, releasing the thermal energy, warming the upper stratospheric layers and slowly propagating downwards, embedding and weakening the polar vortex in the process. Fueled by the energy of the atmospheric wave breaking, the warming pulse will quickly gain strength, raising temperatures in the middle-stratosphere over Siberia by up to 40°C in just a few days! 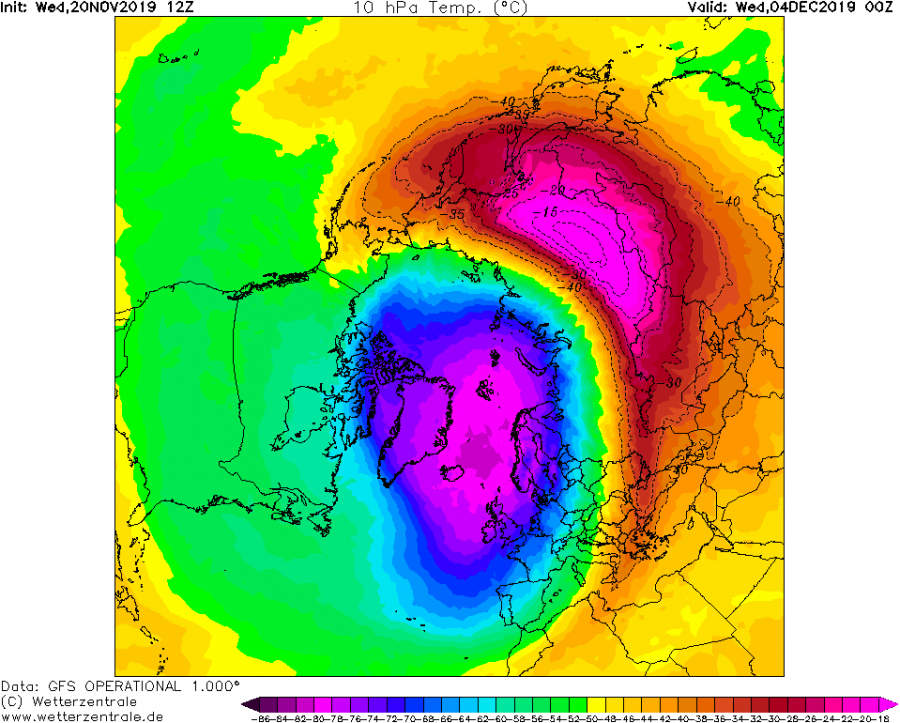 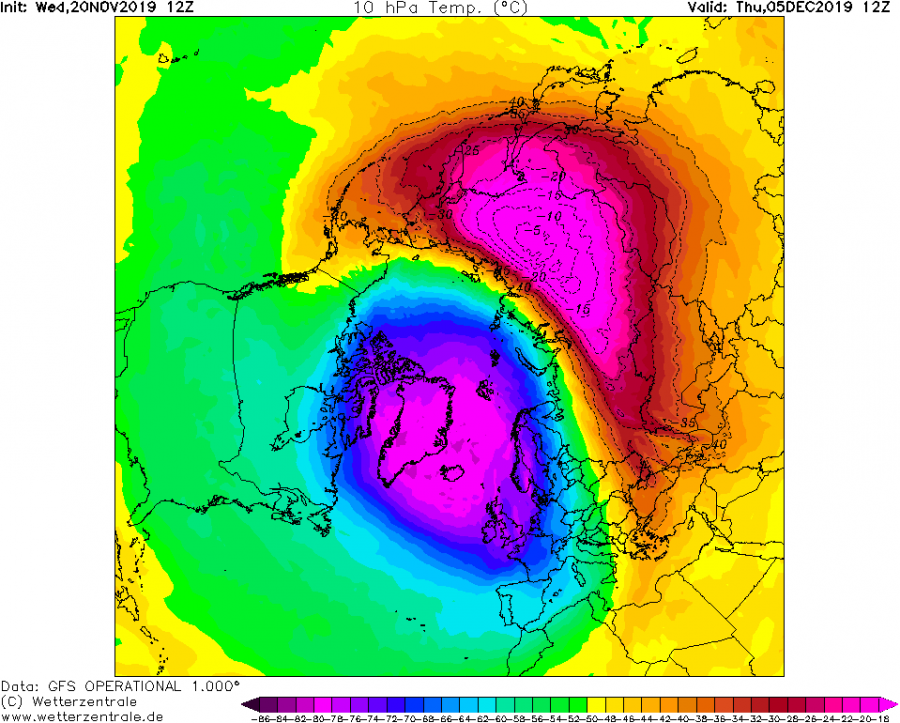 The temperatures at the 10mb level (~30km altitude) are forecast to rise from -55°C to -10°C. That temperature at this level is over 35°C above the 30-year average! The wave 1 pattern attack from the pacific will weaken in the meantime, but a new high will be building over the Asian sector, along with the warming. The warming will weaken the polar vortex significantly, but a strong new pressure wave would also be needed along the warming, to ensure the final collapse of the polar vortex. 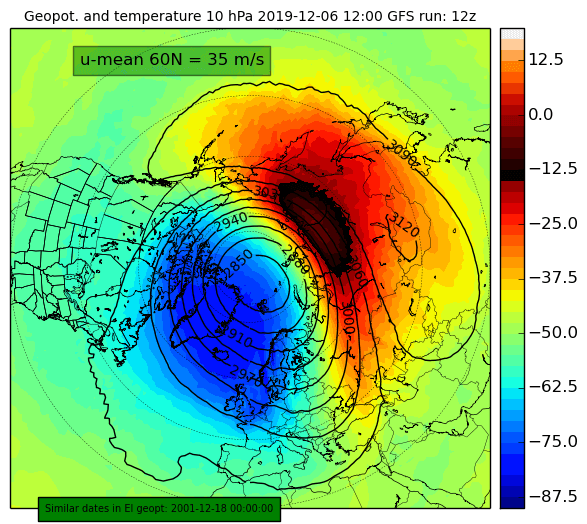