Numerous stations have recorded around 1050 mbar across southern England and Wales overnight, almost up to 1049 mbar in southeast Ireland. Atmospheric pressure continues rising across central Europe and the Balkans where 1047-1049 mbar has been reported this morning. Very high near record-breaking values also across Benelux!

Apparently, the highest surface pressure in Ireland peaked at 1048.7 mbar in Johnstown Castle in the extreme southeast part of the country. The highest atmospheric pressure ever recorded in Ireland is 1051.9 mbar in Valentia, Co. Kerry. 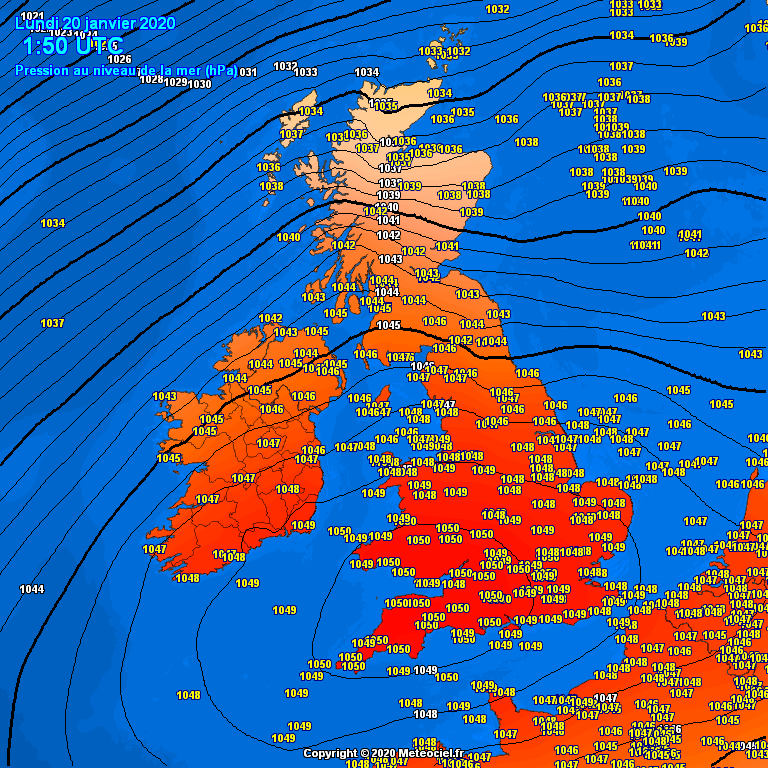 The high-pressure system is now expanding and still strengthening across central Europe and the Balkans, resulting already in around 1047-1049 mbar over Germany, around 1050 mbar over Benelux! Based on the statistical records, they may have been broken over Benelux – we are awaiting final confirmations throughout this week. 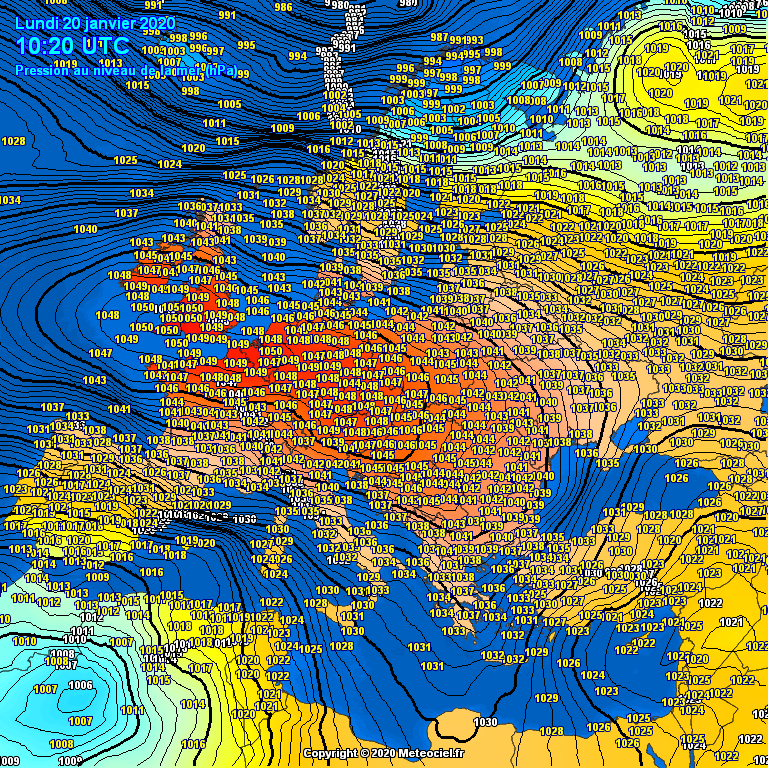 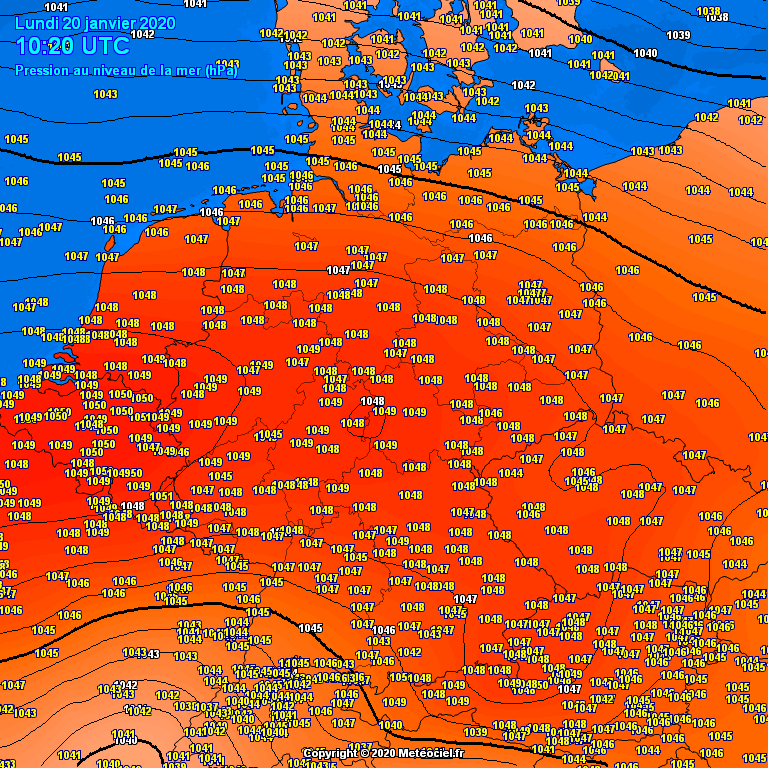 Here are some of the highest values ever recorded in west and central European countries:

The surface pressure has peaked over western Europe and is now is gradually weakening trend while pressure readings continue to rise over central Europe and the Balkans. There, it will peak tonight and could locally push the highest records into 1048-1050 mbar range as well: 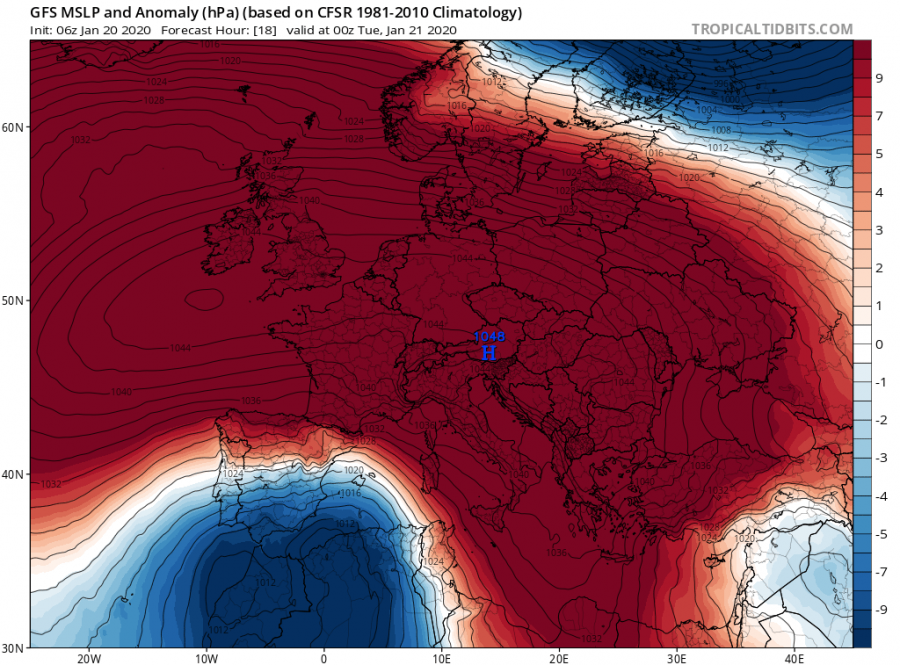