Tropical Storm Sebastien has been maintaining storm-force winds today with the latest 12 UTC analysis having it at 50 knots of maximum sustained winds and a central pressure of 999 mbar. The Advanced Dvorak Technique (ADT) analysis is, however, holding it at 998 mbar and around 40 knots, but this is likely going to change overnight as satellite imagery is improving – the system is experiencing more significant burst of convection also across the north side of the virtual center. Sebastien will likely intensify into a Category 1 hurricane tomorrow morning before it translates into an extra-tropical cyclone sometime this weekend.

Latest infrared and visible satellite imagery of Sebastien shows a more significant convective activity at building an arcing line of thunderstorms going westwards to the immediate north of the storm’s virtual center of circulation. This could be the first step towards better organization and strengthening, so Sebastien could finally become a hurricane tomorrow morning. 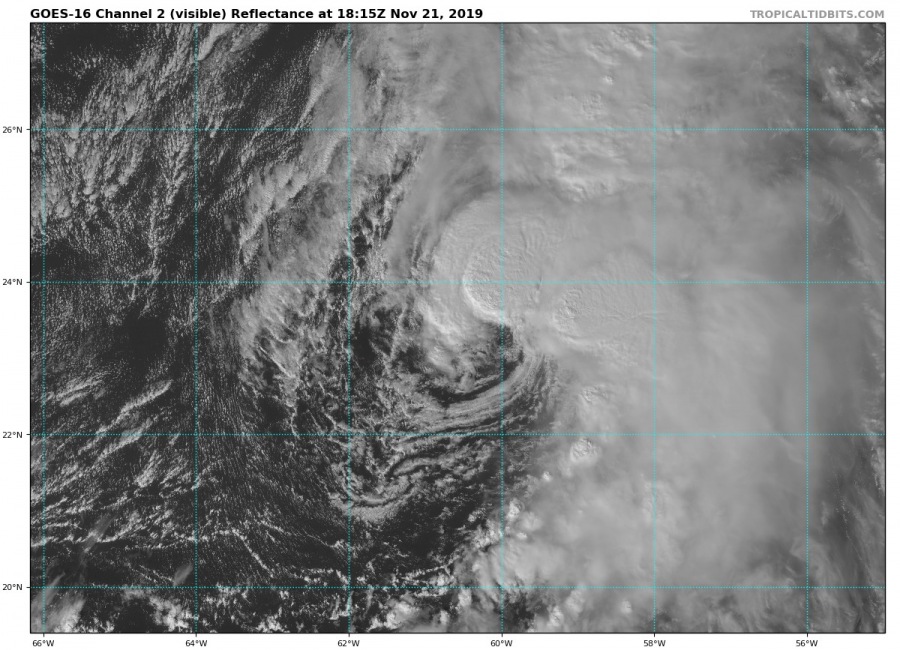 Visible satellite animation of an explosive convection around the center of tropical storm #Sebastien. Looks like the storm is better organizing and has the potential to become a hurricane tomorrow – more details soon! Graphics: @tropicaltidbits pic.twitter.com/uenwCkDi7g 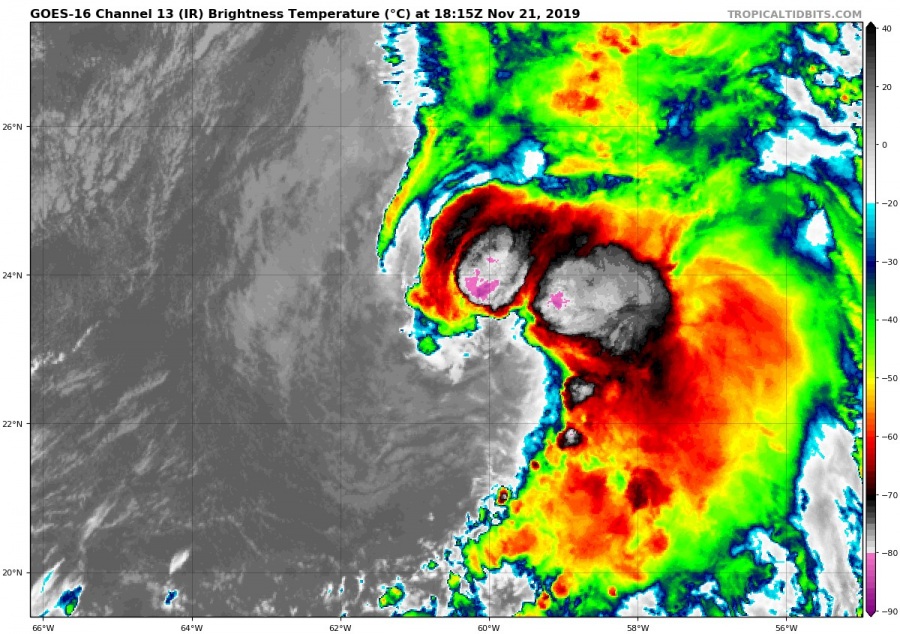 Infrared satellite animation of an explosive convection around the center of tropical storm #Sebastien. Looks like the storm is better organizing and has the potential to become a hurricane tomorrow – more details soon! Graphics: @tropicaltidbits pic.twitter.com/uX6p1nE5WL

A diffluent upper-level winds and still quite warm sea waters are expected to bring some additional strengthening tonight, which could potentially allow Sebastien to intensify into a Category 1 hurricane and would maintain such strength for the next 18-24 hours. Sebastien is then expected to start its weakening trend given the expected interaction with drier air, stronger vertical shear and cooler waters along its future track. Over the weekend, Sebastien will become embedded in the frontal zone and soon transform into an extra-tropical cyclone, but continue as a strong cyclone towards the Azores.

Latest official National Hurricane Center (NHC) forecast track for Sebastien indicates it will become a hurricane tomorrow morning, Friday, Nov 22nd. The system would continue towards N Azores and further towards western Europe through early next week, as an extra/post-tropical cyclone with storm-force winds, while its center would be deepening further. 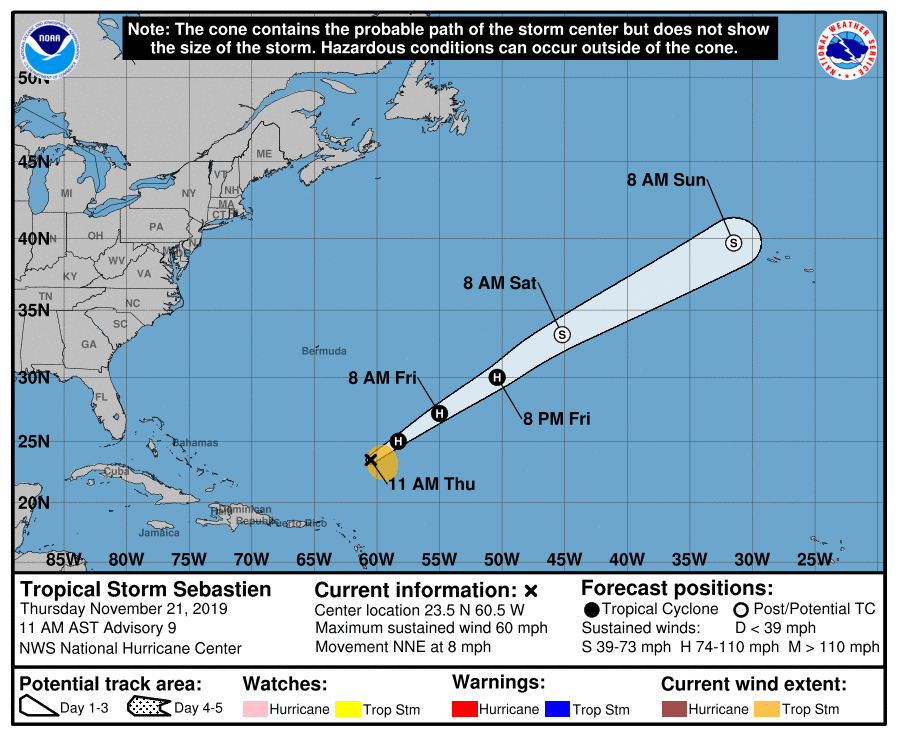 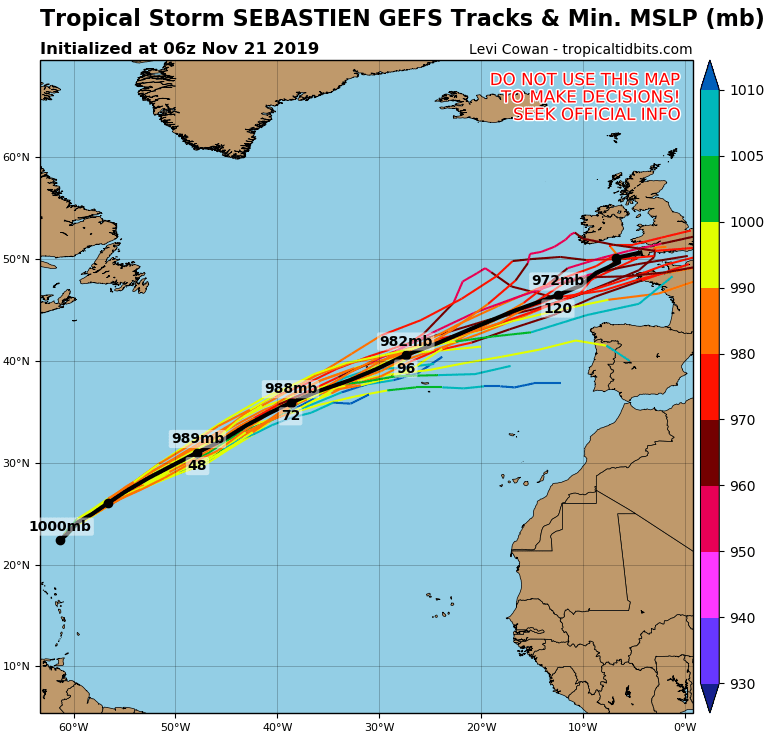 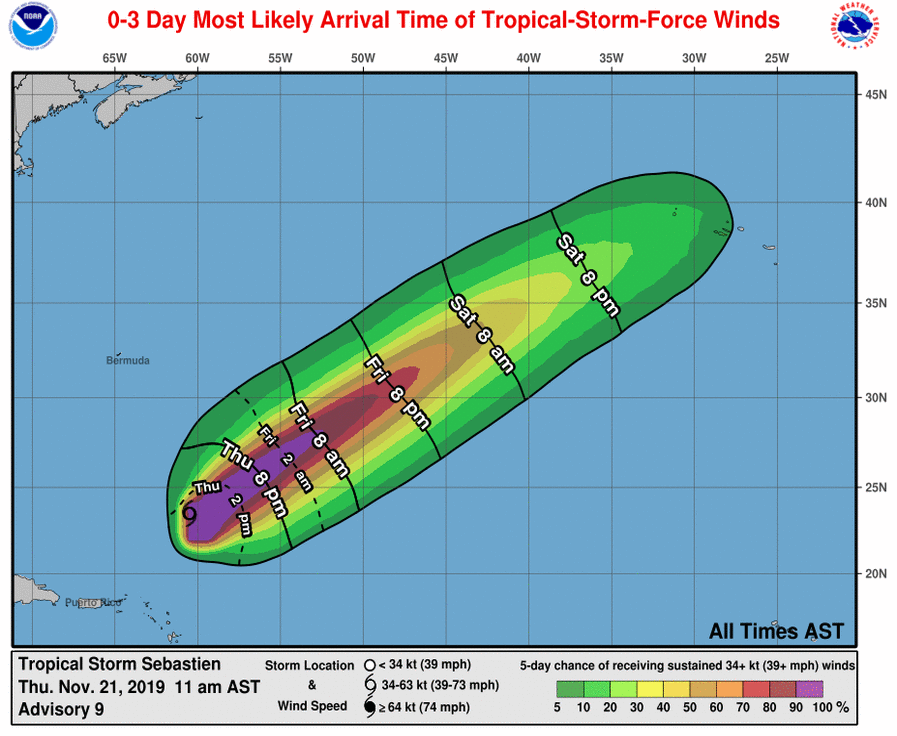 GFS 06 UTC model run guidance on the potential track of Sebastien brought it across the Atlantic, crossing just north of Azores and nearing the western Europe. Still, several days away to have a precise track, but the potential is increasing the storm would eventually push into the European continent. Indeed, as an extra-tropical cyclone. 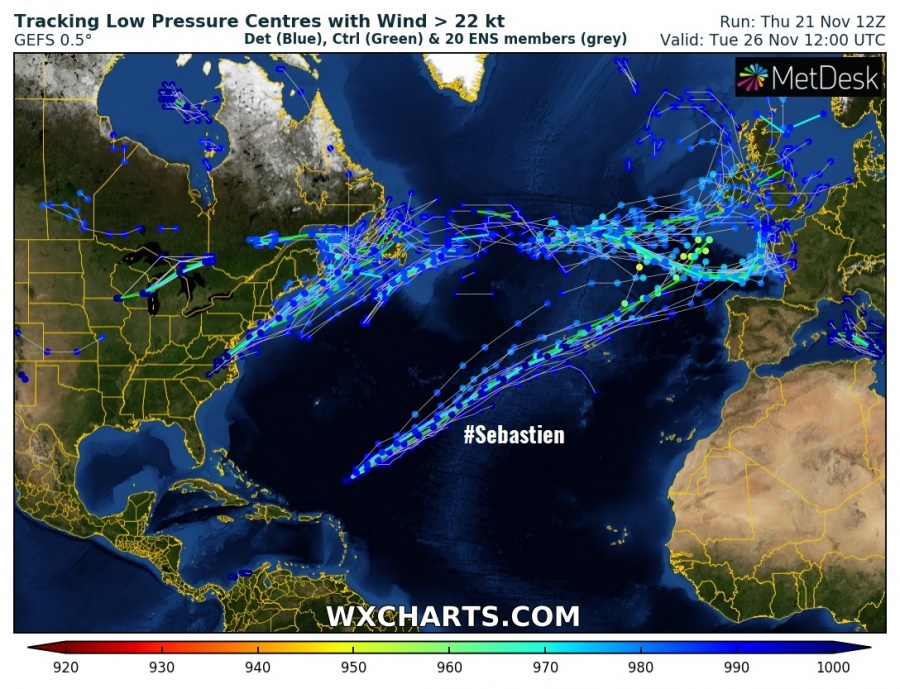 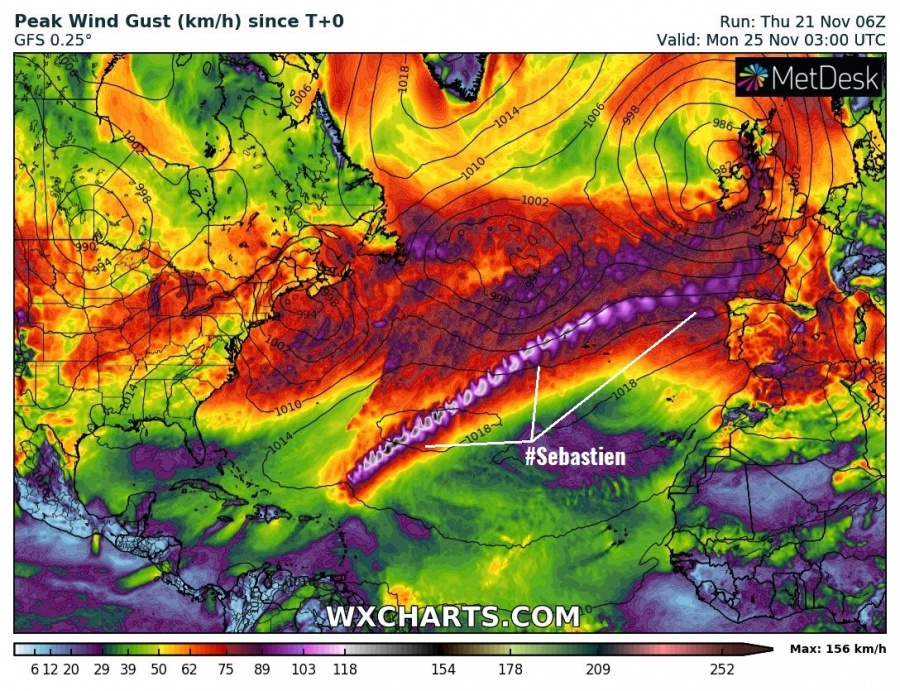 Stay tuned for further updates on the system in the coming days!

Tropical Storm #SEBASTIEN develops north of the Lesser Antilles, heads towards North Atlantic or even WSW Europe early next week