Associated with the large trough, a deep cyclone takes place over the Bay of Biscay this Friday and delivers an intense windstorm into parts of SW Europe. Peak gusts are likely to reach an extremely severe threshold, peaking above 120 km/h in some areas. Excessive rainfall is also expected across western Iberia due to strong westerlies producing orographic rainfall into NE Portugal and NW Spain.

A deep trough with an intense upper core moves from the Atlantic into SW Europe, creating strong cyclogenesis over the Bay of Biscay. With the progression of the trough, surface cyclone deepens while traveling along the northern Iberia on Friday and enters SW France by early Saturday morning. 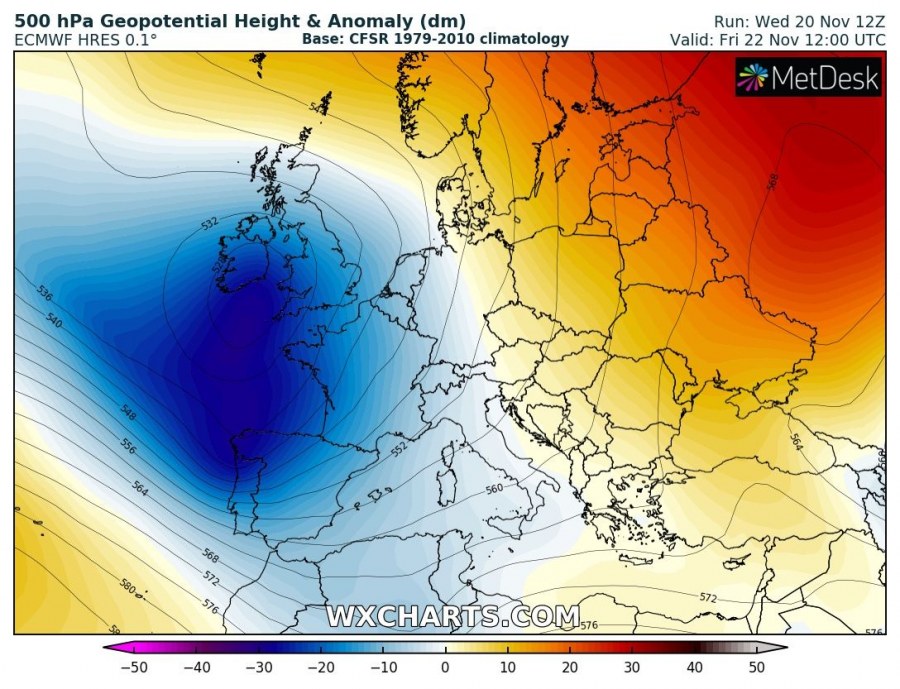 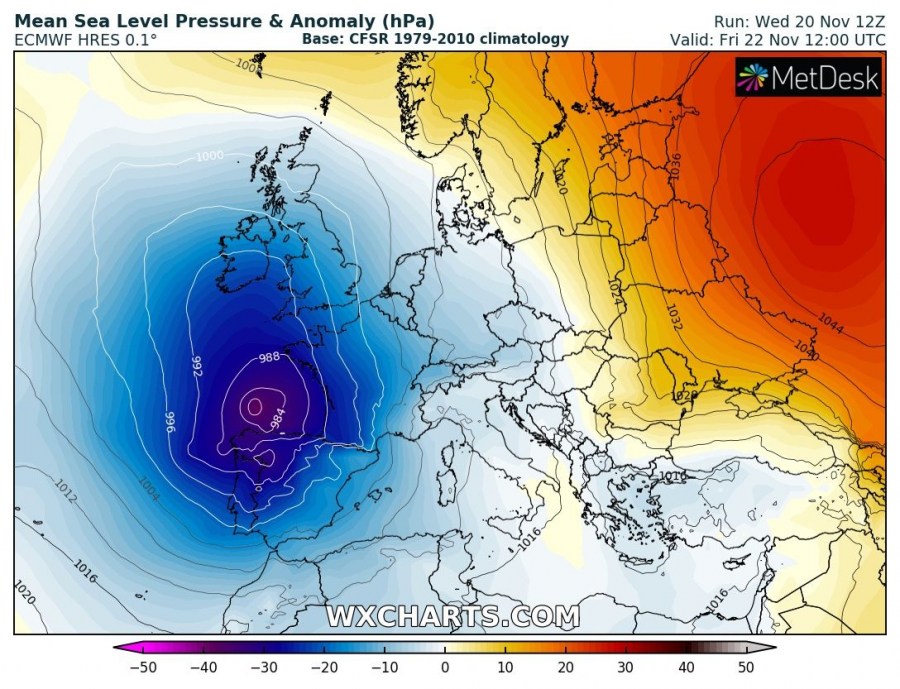 6-hour rainfall sequence reveals the cyclone will be a broad system with around 980-985 mbar central pressure NW of Iberia on Friday morning. The cyclone then travels east across the southern Bay of Biscay, developing heavy rainfall and winds just to the north of the Iberian peninsula. Cyclone will be deepening along its path and should reach around 970 mbar through the afternoon hours before going ashore in the evening hours. Models are for now still uncertain if cyclone goes ashore in N Spain or SW France overnight to Saturday. 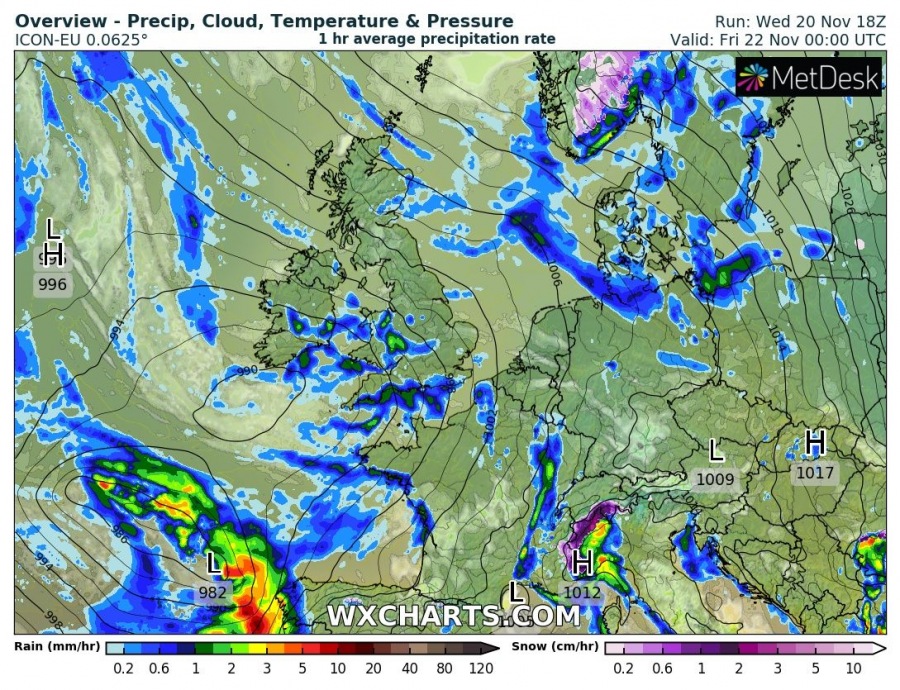 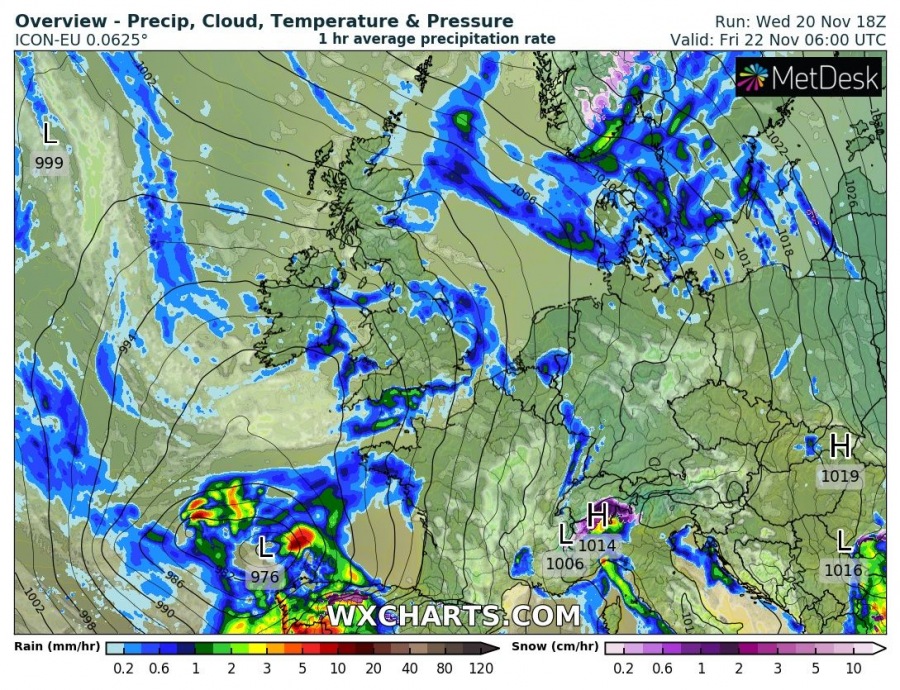 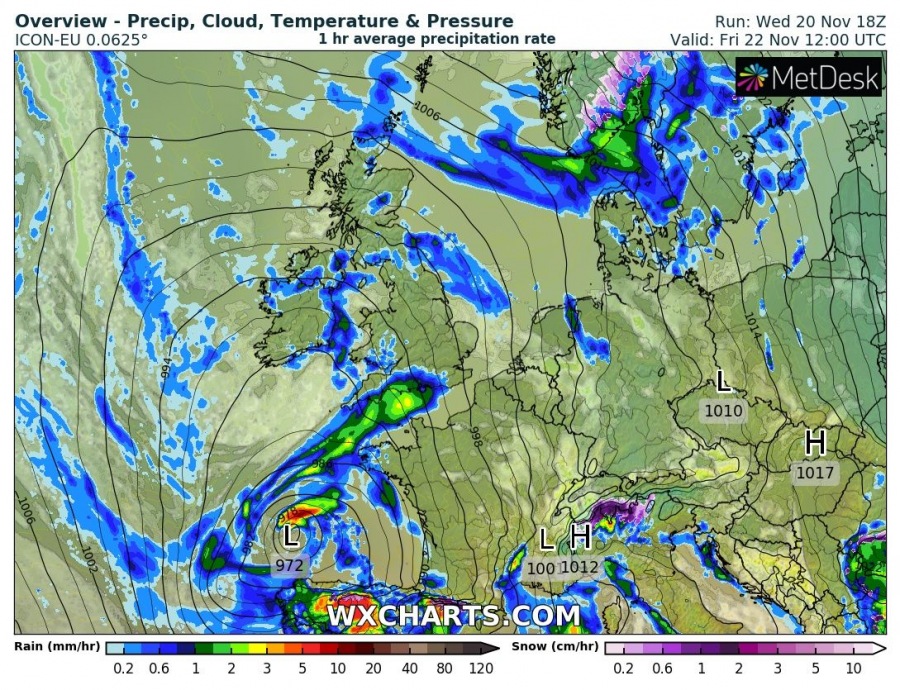 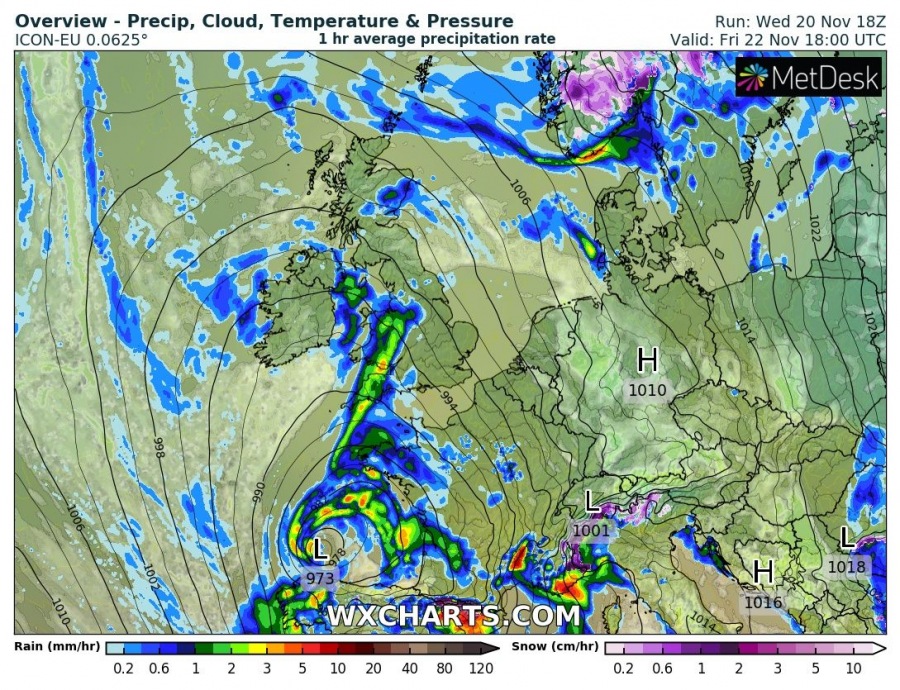 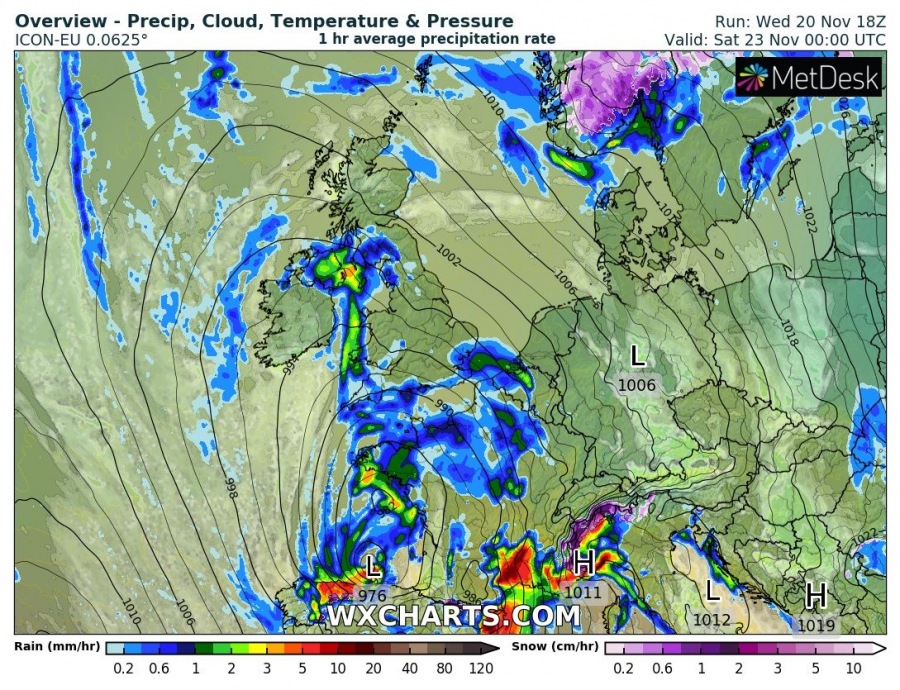 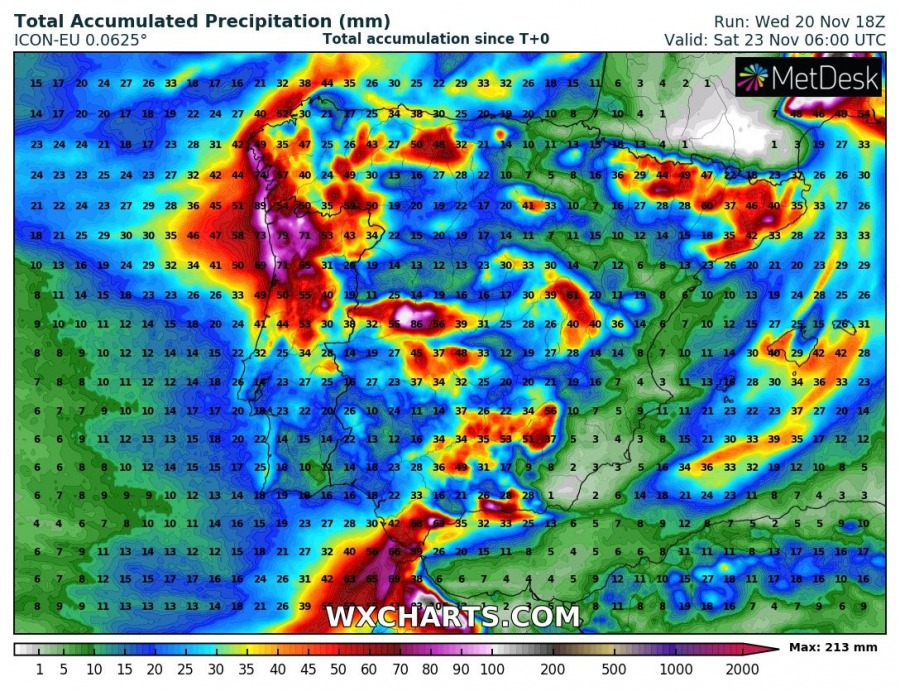 3-hour wind gusts sequence indicated cyclone already results in intense severe to extremely severe gusts NW of Iberia on Friday morning while it continues moving just north of Iberia in the afternoon and evening hours. Extremely severe winds in excess of 130 km/h are quite likely along the coast of N Spain. Extreme winds threat should extend into the night to Saturday. 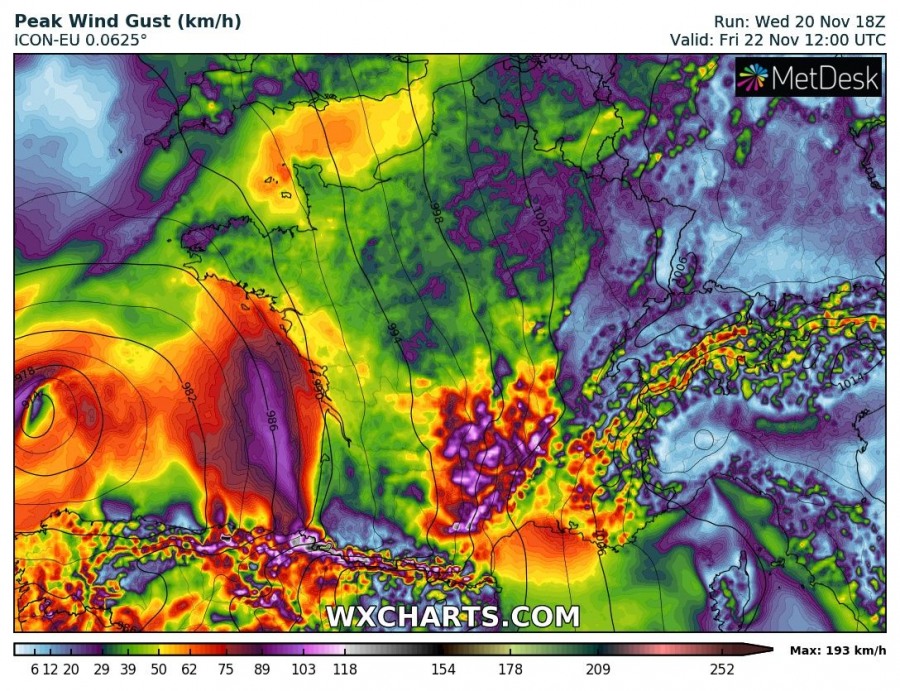 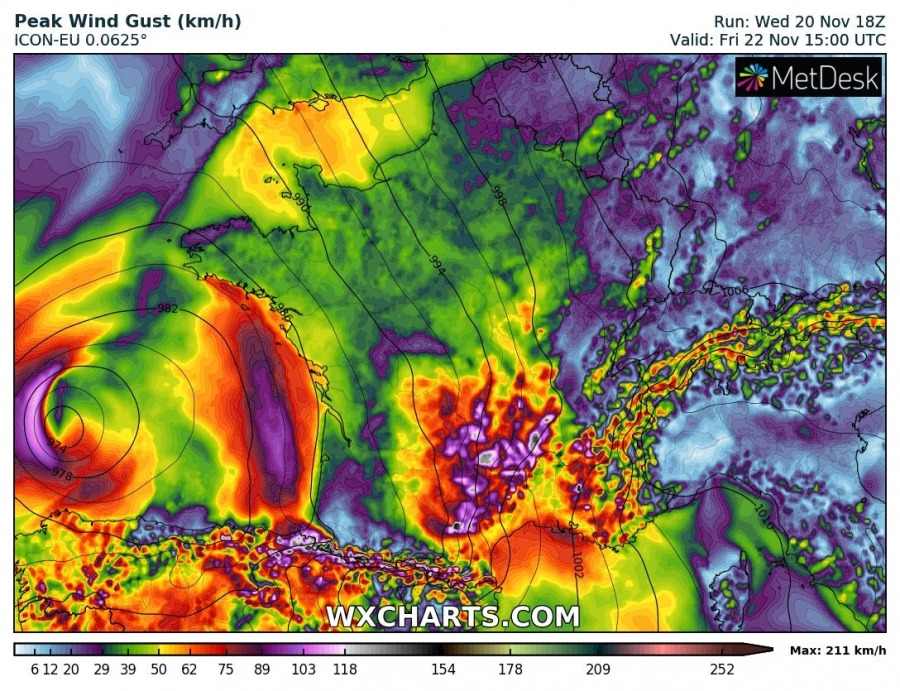 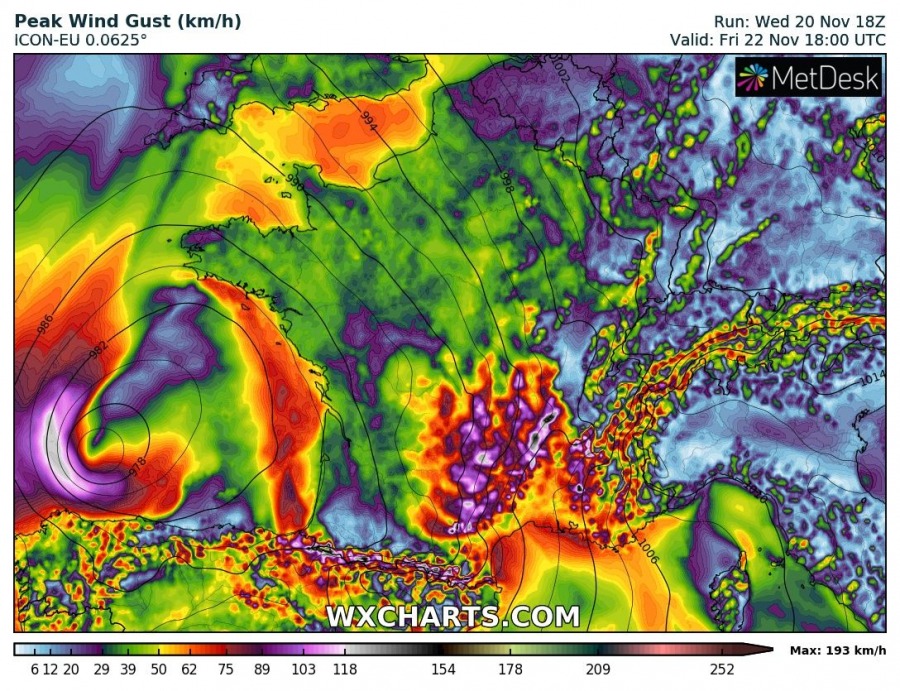 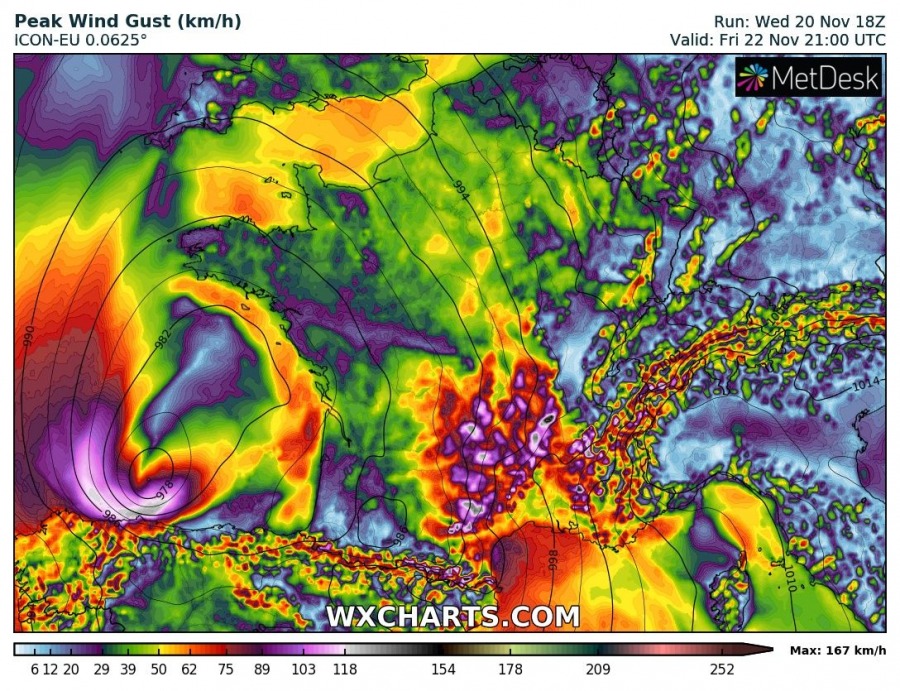 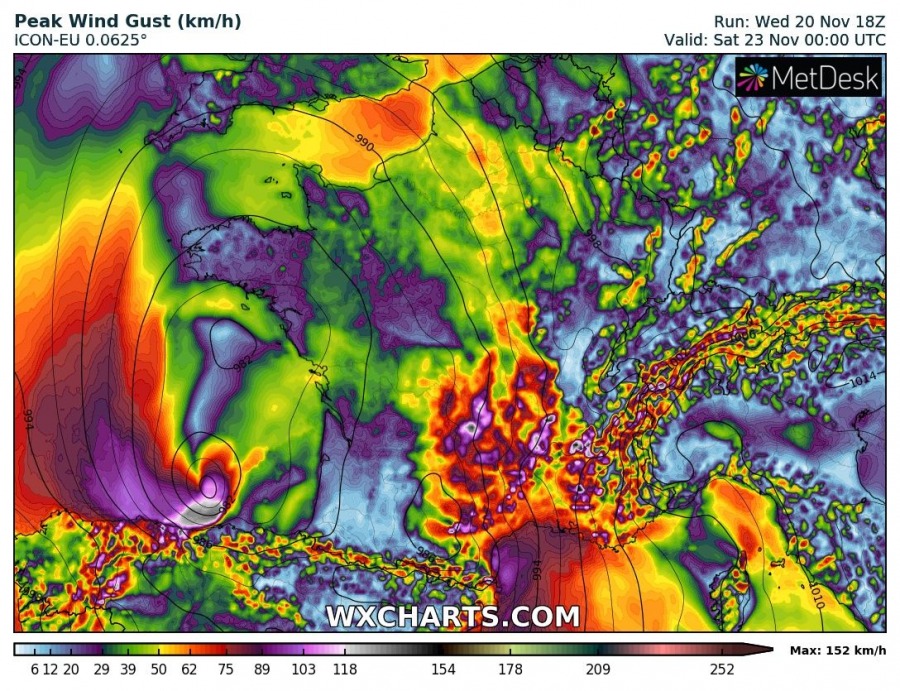 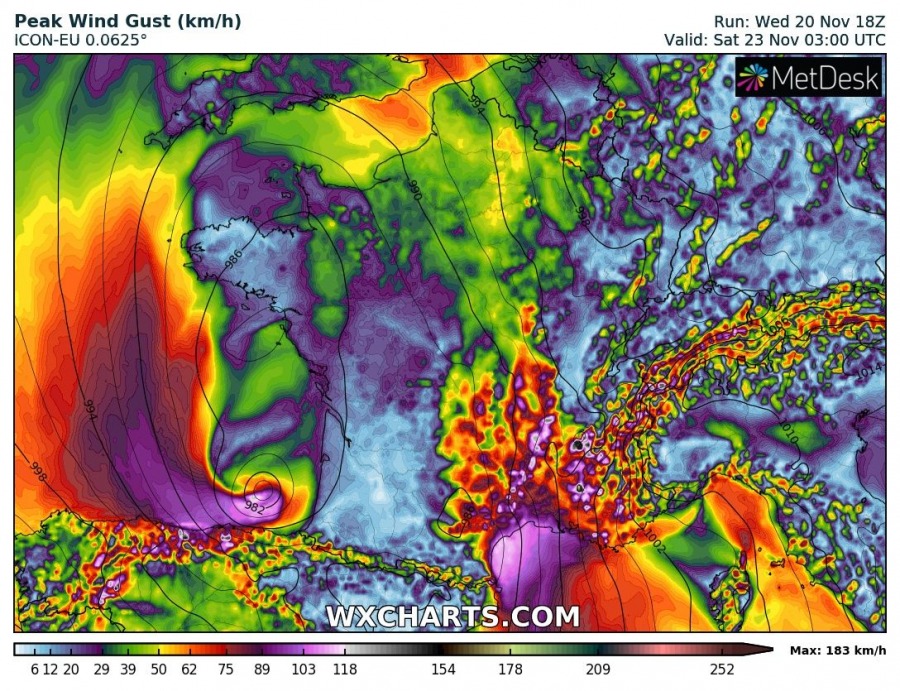 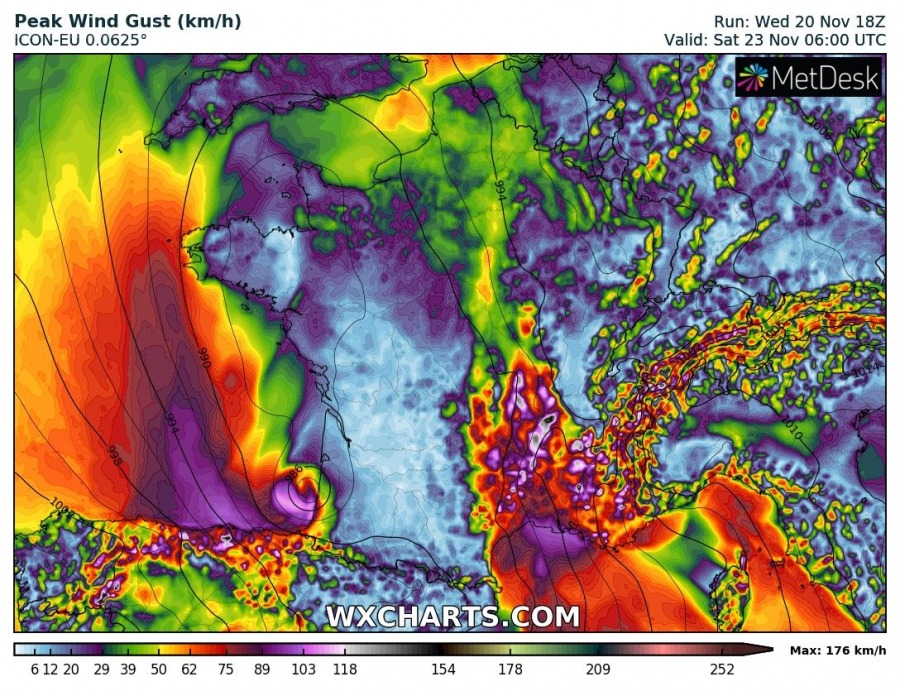 Peak gusts per ICON-EU and ARPEGE models hint the highest gusts in 110-140 km/h along the coasts of N-NW Spain (Bay of Biscay), also resulting in major waves. 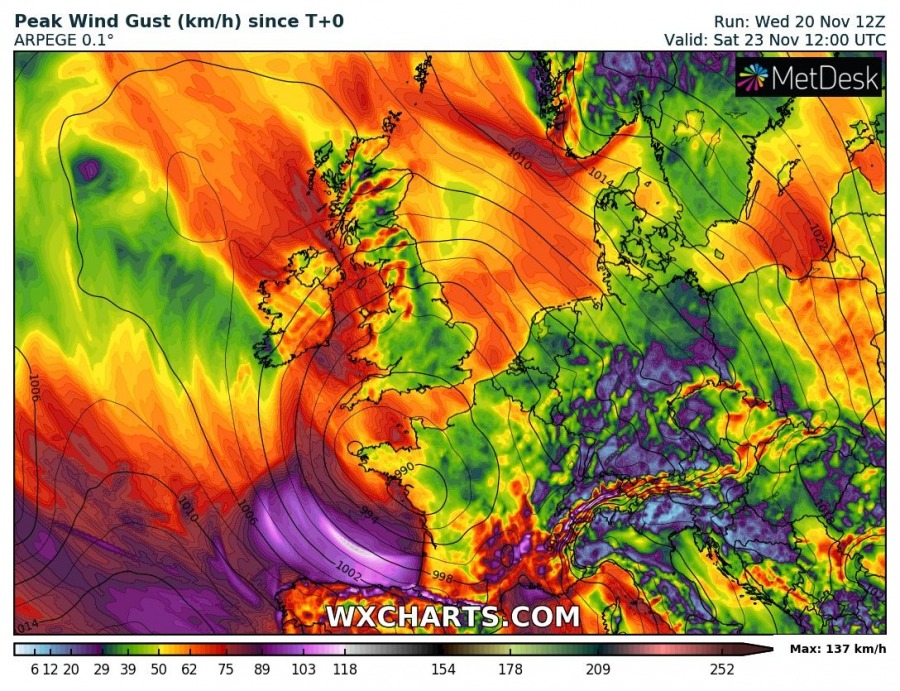 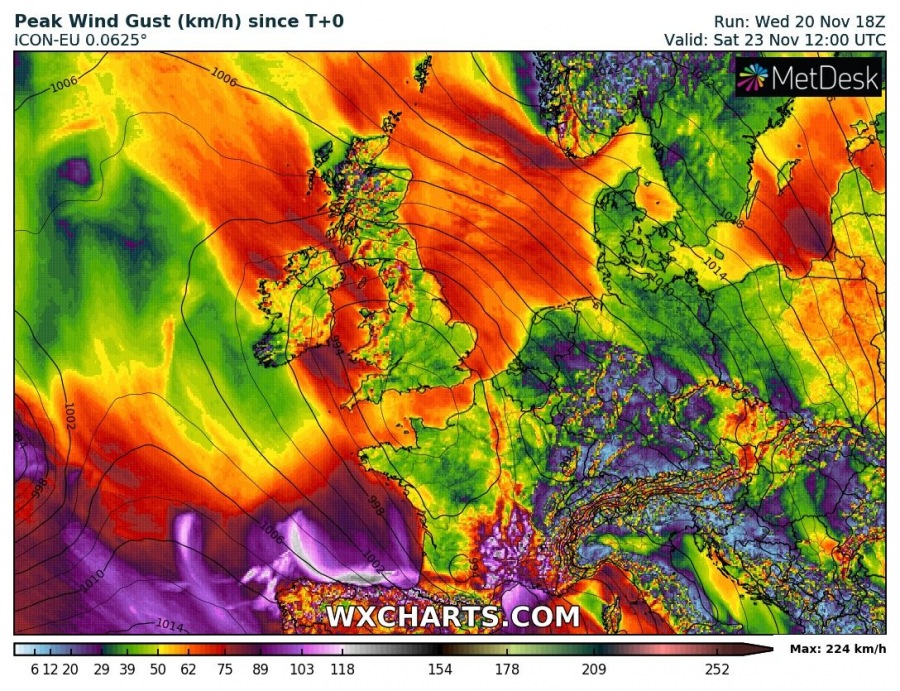 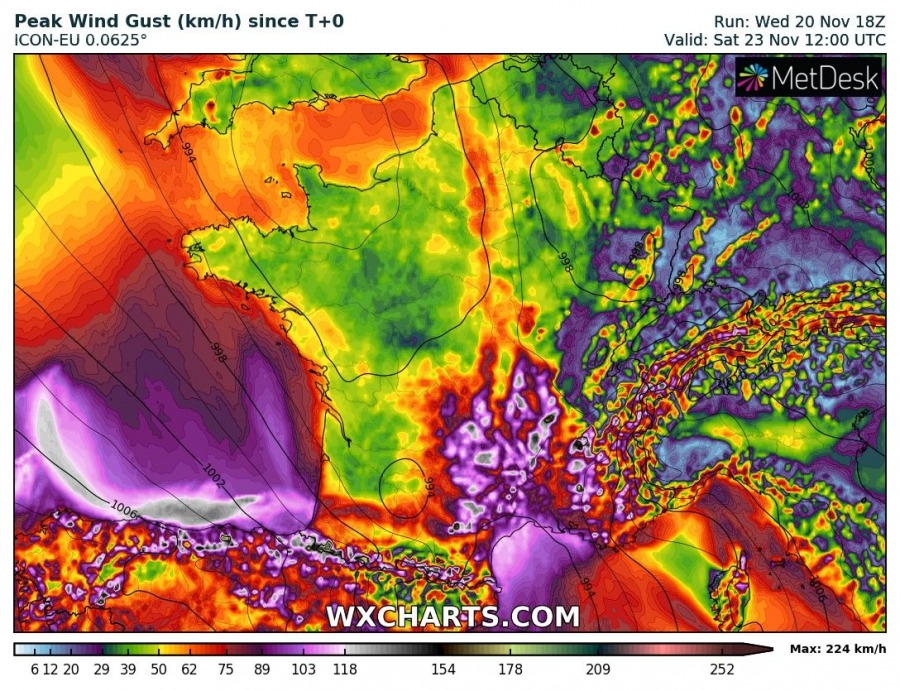 The system will likely result in dangerous weather along the coast of N Spain and SW France, major waves are also expected. Stay tuned for the update tonight as more details will be available regarding the exact track of the cyclone.