The Atlantic hurricane season is not yet over as a new tropical system has formed in the western Atlantic – a Tropical storm Sebastien. The system is now north of Lesser Antilles and is gradually organizing with the potential of becoming a Category 1 hurricane on Friday. Sebastien is a highly asymmetric tropical storm and currently packing winds of 45 knots / 50 mph / 85 km/h, central pressure is around 1002 mbar. Model guidance suggests Sebastien will turn towards the North Atlantic and could potentially reach WSW Europe early next week.

Today’s satellite imagery indicates bursts of deep convection and most of the activity across the SE quadrant of the tropical system, gradually organizing into a healthy Tropical Storm. Satellite imagery also reveals good upper-level outflow across NE and SE quadrants. Currently, Sebastien has a lof of dry air and northwesterly shear to its western side, with also an exposed low-level center across its SW quadrant. Sebastien begins interacting with an upper-level divergence over the cyclone late Thursday, which should allow Sebastien some time to intensify before making the transition to an extratropical cyclone. 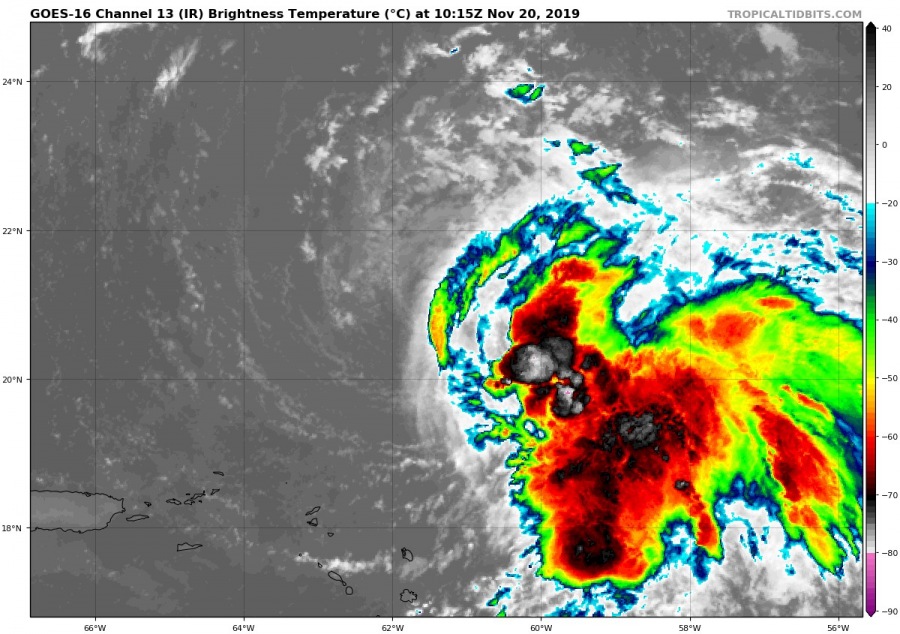 Ocean Heat content (OHC) map suggest Tropical Storm Sebastien is currently in quite a good environment for some strengthening within the next 24-36 hours, as still quite a warm sea surface temperatures (26-28 °C( are present while the shear is weak. Both shear and SSTs will remain similar until Friday. 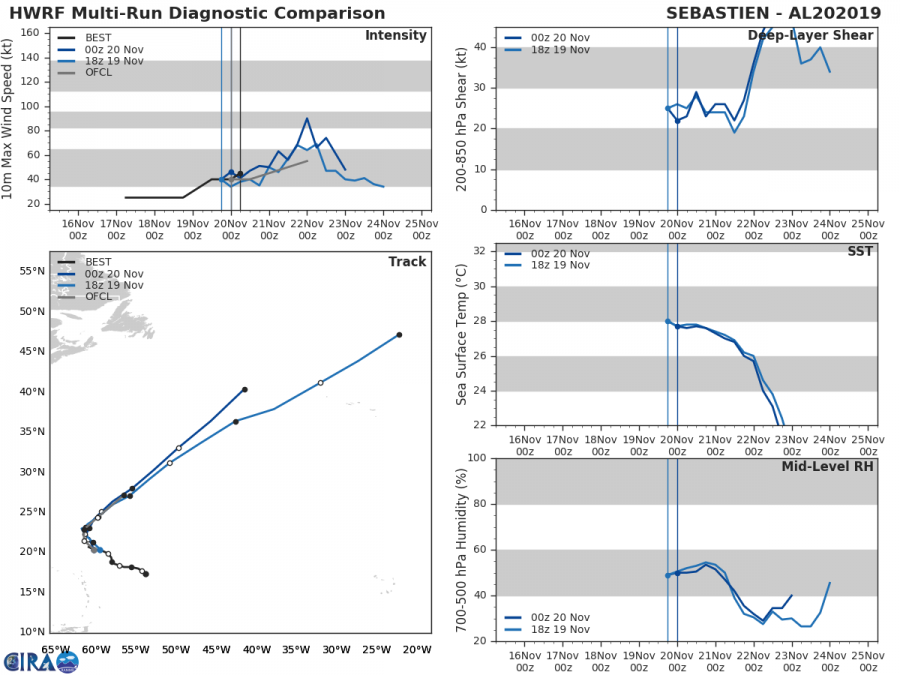 The future track of Sebastien will push it into the North Atlantic with potentially increasing it may even turn towards the WSW Europe early next week. 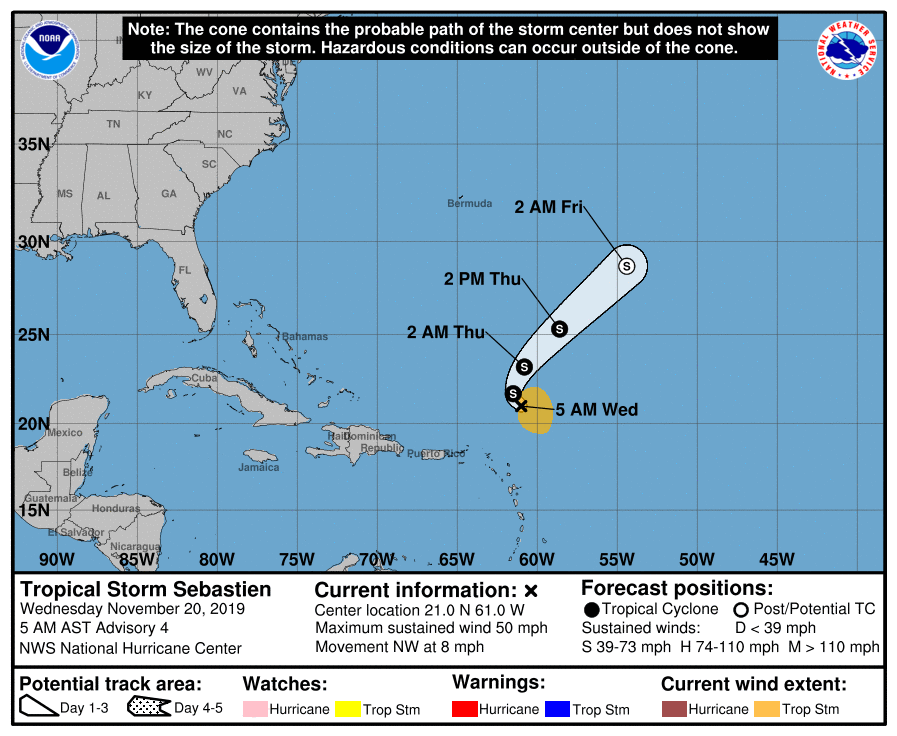 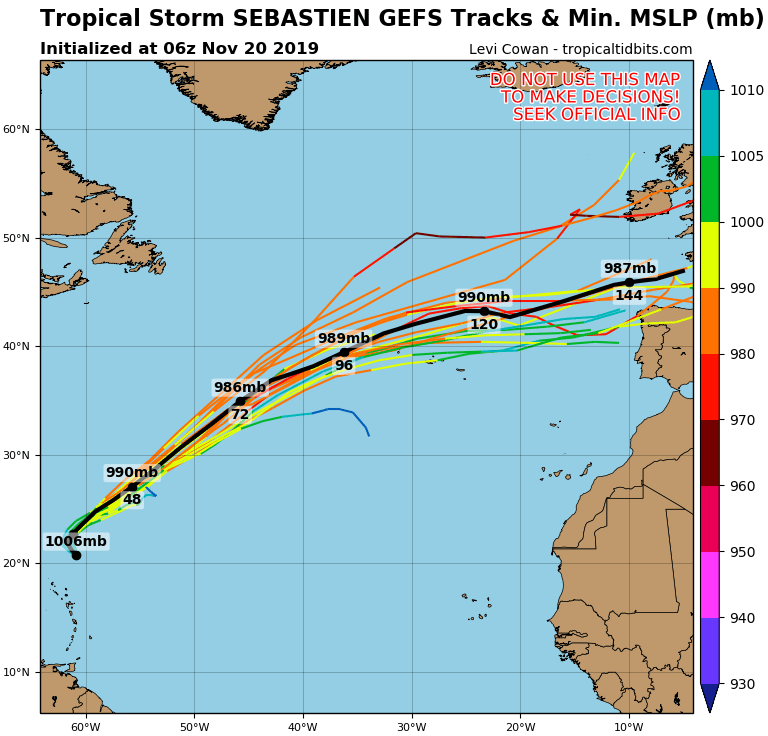 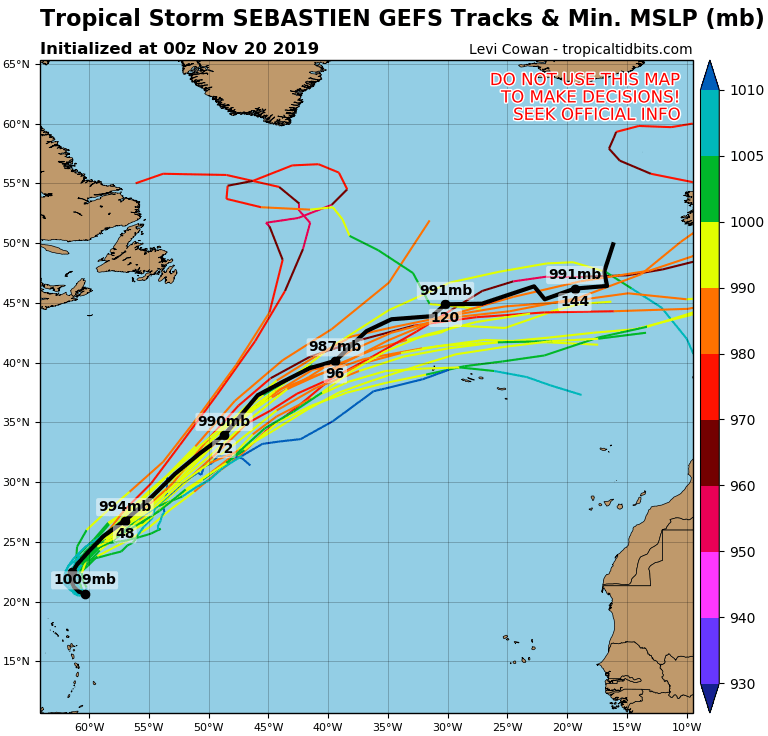 The forecast intensity guidance suggests Sebastien should gain additional strength in the coming days, potentially even becoming a Category 1 hurricane on Friday. Sebastien will then soon become an extra-tropical cyclone but remain a dangerous storm. 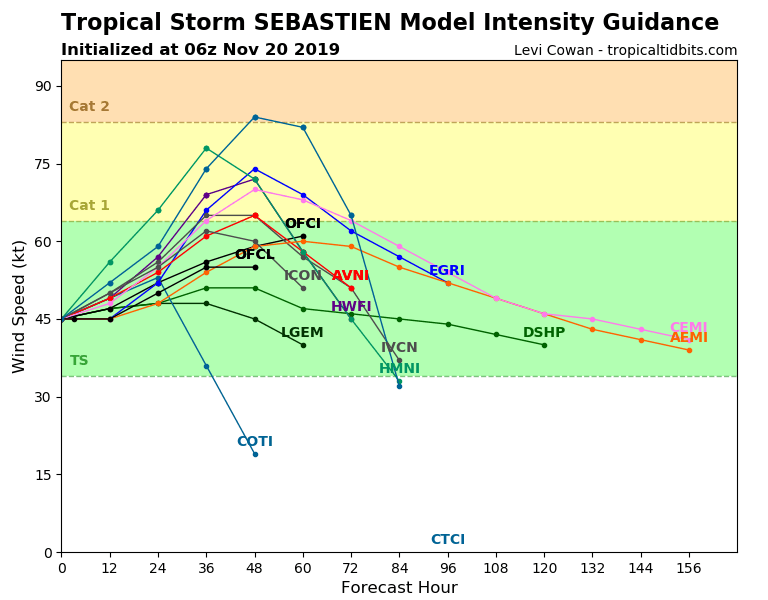 Sebastien’s formation brings the Atlantic season 2019 to 18 named storms, 6 hurricanes, 3 major hurricanes. The 1981-2010 averages for these quantities by November 19 is 11.6 named storms, according to Dr. Phil Klotzbach, so 2019 is above average season.

Stay tuned for further updates in the coming days – we are closely monitoring Sebastien’s evolution.