An Invest #96P (former #95S) has been developing during the past two days while crossing the Gulf of Carpentaria and Cape York peninsula. It is now officially a Tropical Low, based on the Bureau of Meteorology (Australia). As of 18 UTC today, March 11th (local morning March 12th) the maximum sustained winds were 25 kt, while the minimum central pressure was 1002 mbar. The system is steadily organizing and should intensify into a Category 1 Tropical Cyclone over the next 48-72 hours. Models are trending #96P will organize into a severe cyclone over the weekend while passing very near New Caledonia. Then, it continues towards New Zealand early next week and could bring potentially severe winds into the northern parts of the country!

Satellite imagery in Infrared and visible spectrum indicate the upper-level ventilation is becoming better defined, a sign of organizing system: 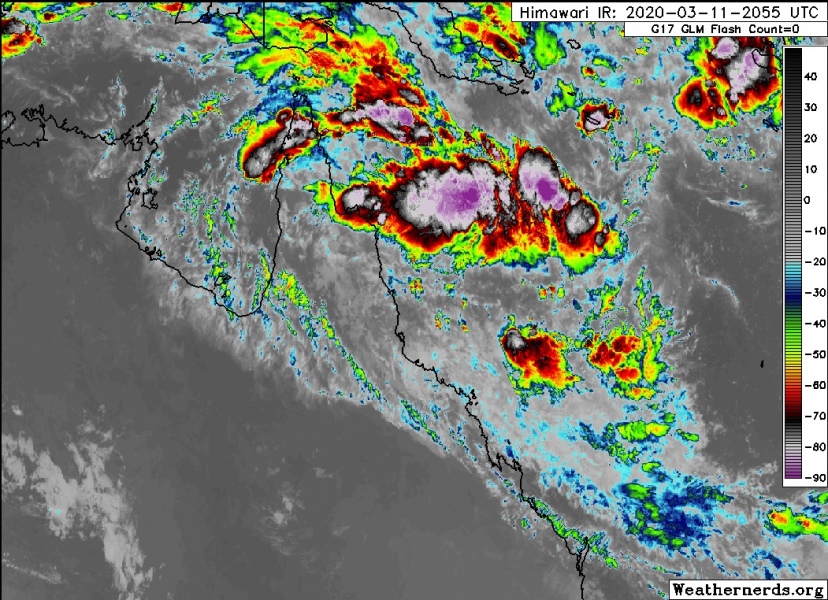 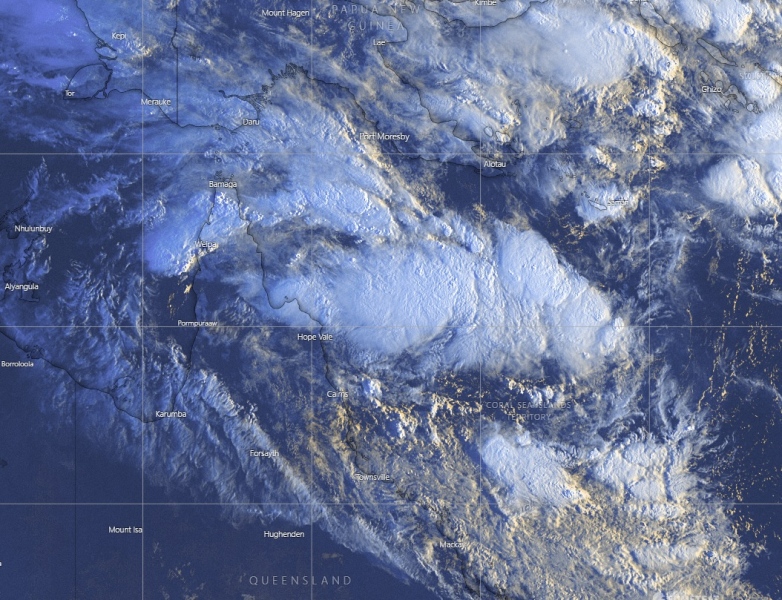 The future track of #96P should lead it towards the southeast, ejecting off northeast Australia and head towards New Caledonia this weekend. Then, both global models ECMWF and GFS are trending towards the potential track towards New Zealand! 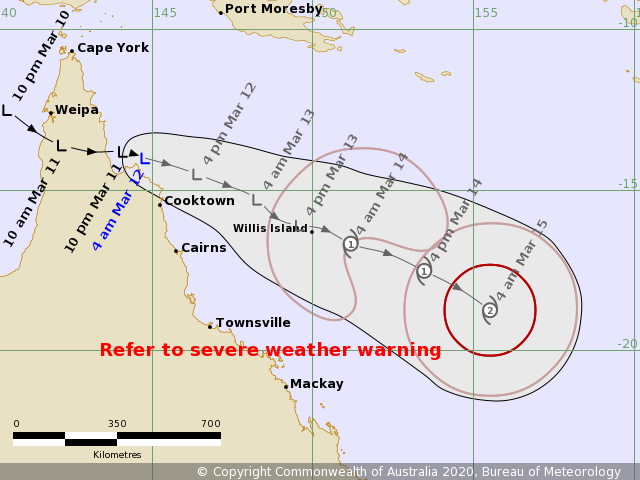 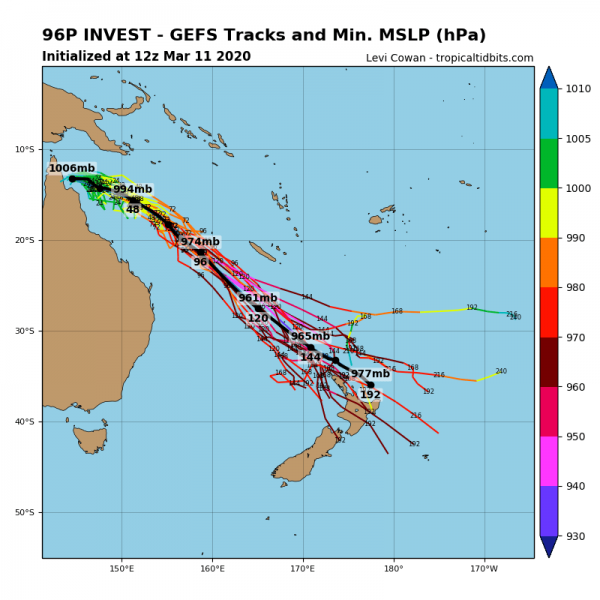 Here are the latest ECMWF model charts regarding the system’s future intensify and track over the next 7 days. It gradually intensifies over the next days, likely passes near New Caledonia and then heads towards northern New Zealand early next week. By that time, #96P could be a very large and dangerous cyclone! 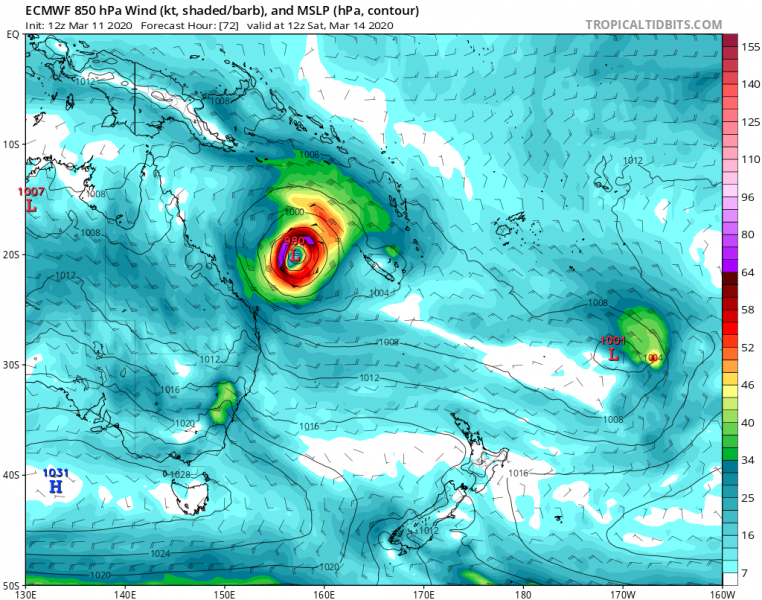 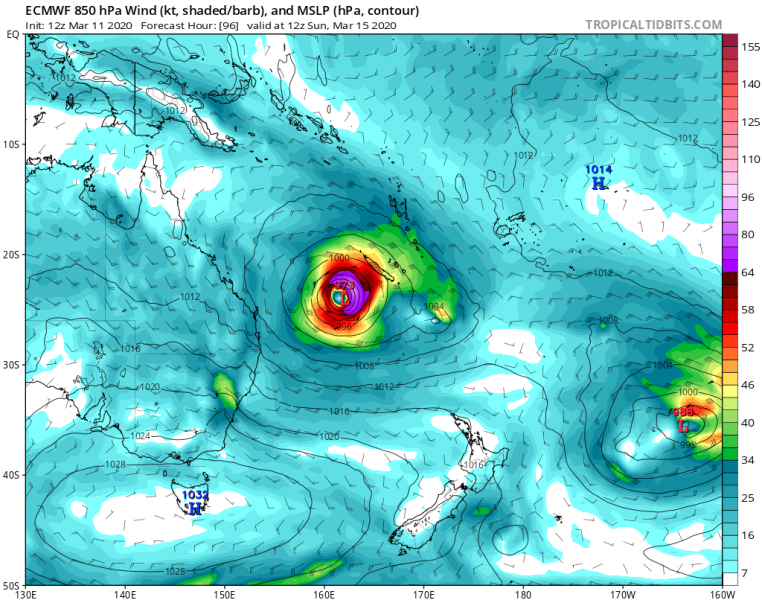 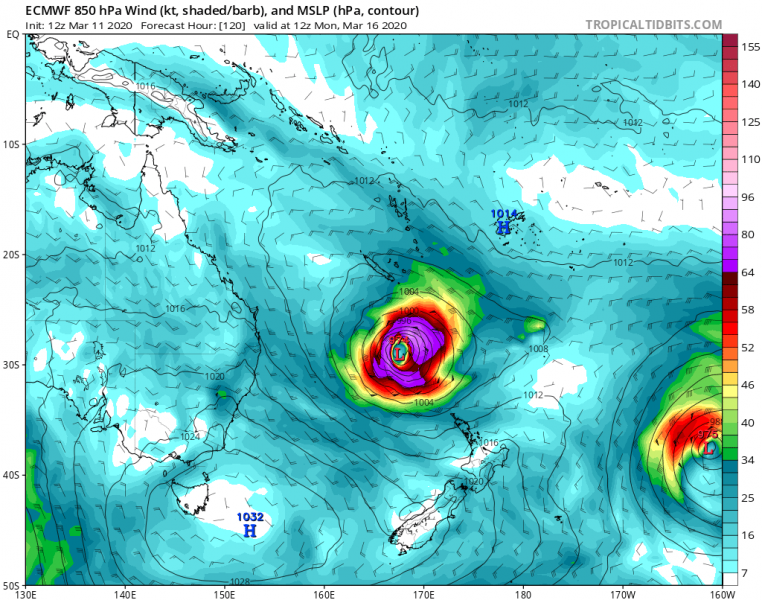 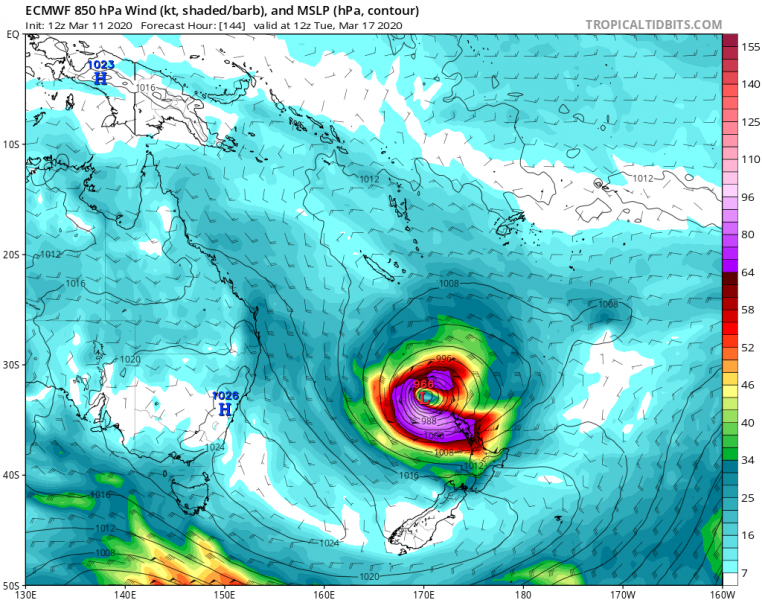 Wind swath per ECMWF models over the next 10 days – we can see the system could push a severe wind threat, storm surge and high waves towards northern New Zealand next week, but given the time distance to the forecasted period, uncertainties are high. 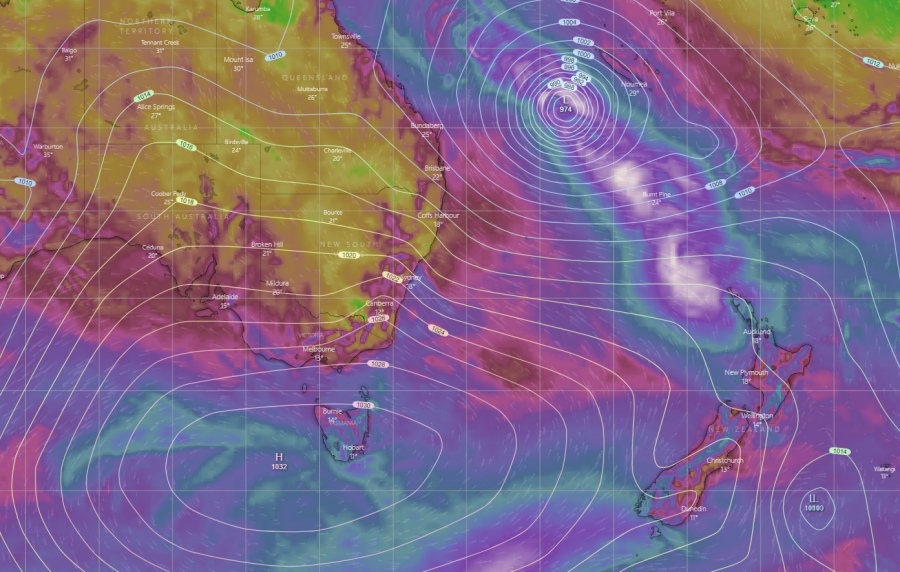 We are closely monitoring the system’s evolution and will be updating in the coming days – stay tuned!