A very interesting and rare event is shaping up across the eastern Mediterranean, Egypt and the southern Middle East tomorrow and on Friday, March 13th. A deep upper-level core pushes across Egypt and develops a deep surface low, introducing dangerous flooding threat, severe winds and sandstorm potential into Sinai peninsula and Israel on Friday!

Ahead of the strong Mediterranean upper-level ridge, an upper low is moving across Egypt towards the Middle East. On Thursday night, the low significantly deepens and results in an intense surface low moving across northern Egypt. 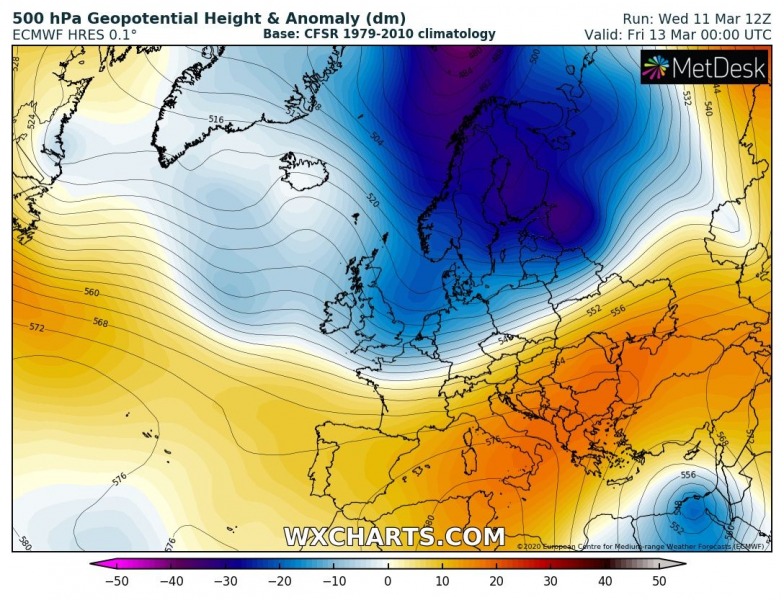 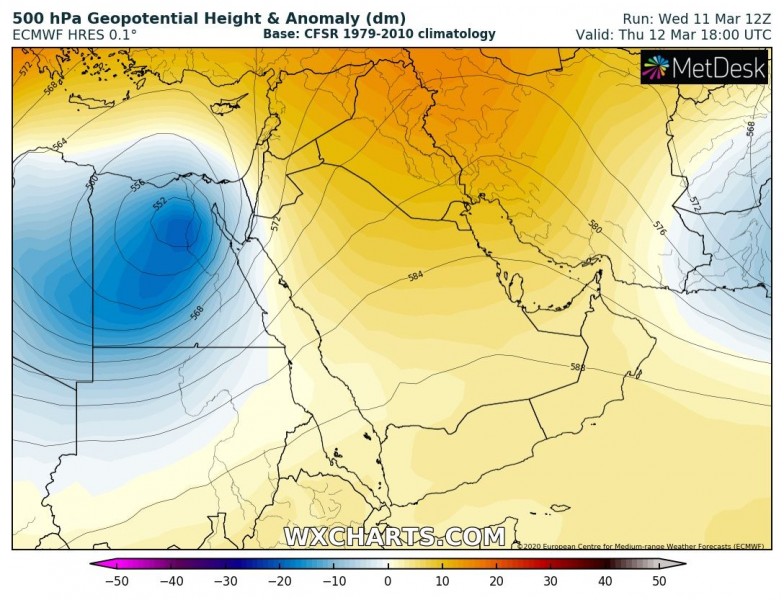 Details on the very powerful upper-level low, forming over Egypt on Thursday (tomorrow) afternoon. The low then deepens and intensifies overnight to Friday, becoming a very impressive system while traveling across the Sinai peninsula into the extreme eastern Mediterranean in the morning hours. At this time, the system matures. 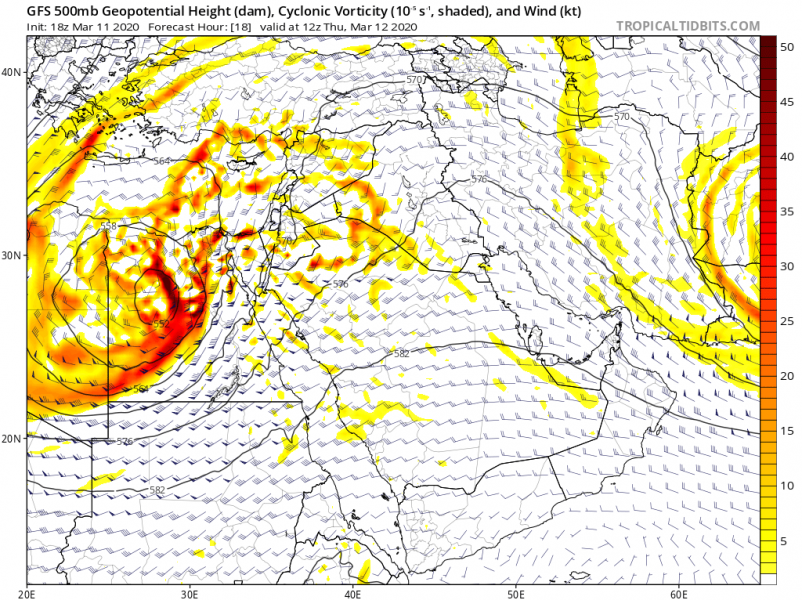 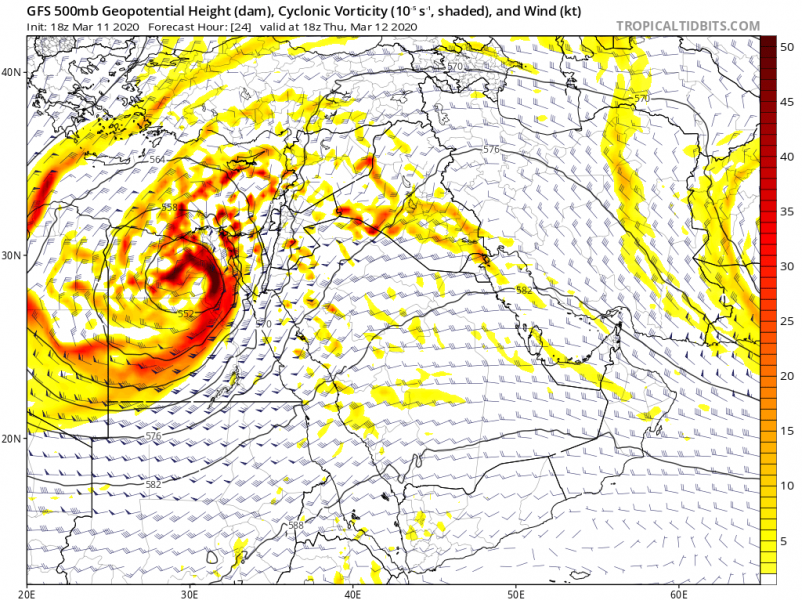 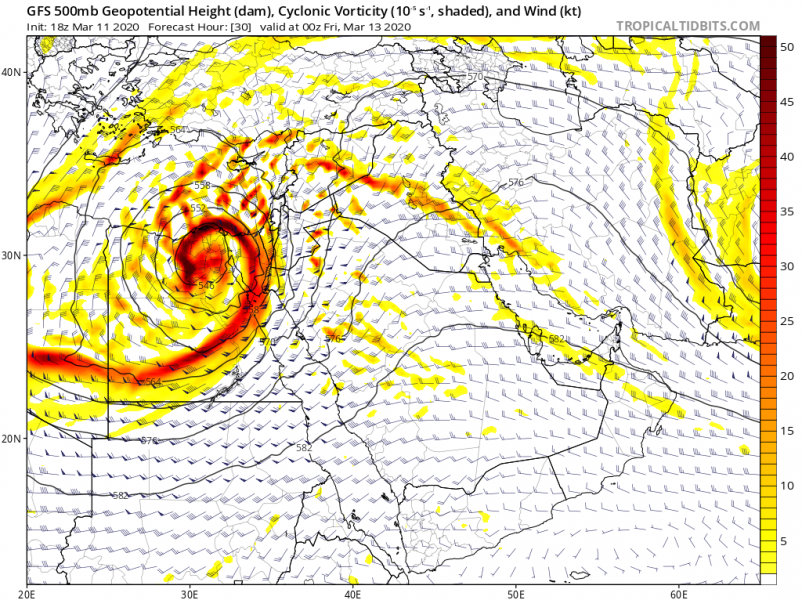 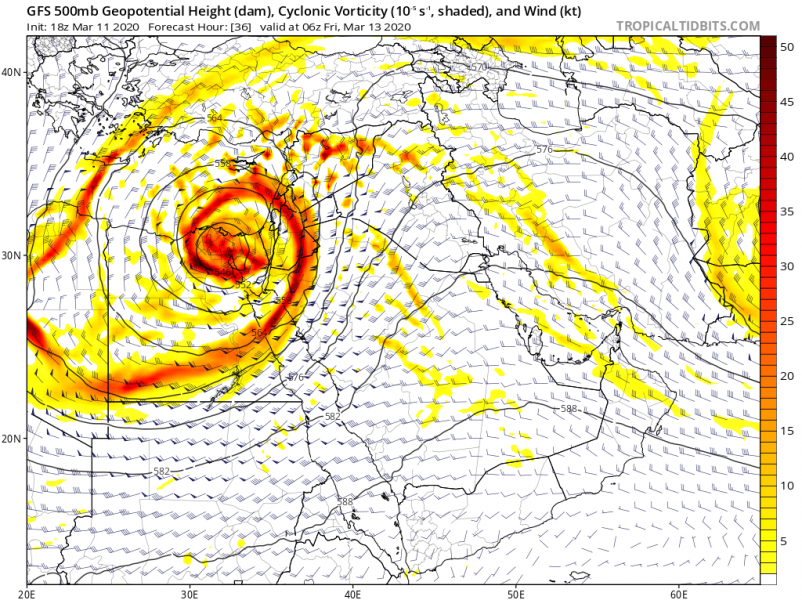 Here is the 6-hour sequence of the surface cyclone and winds development from Thursday afternoon until Friday afternoon. The surface low forms over central Egypt and then significantly deepens while drifting towards the eastern Mediterranean and northern coastal Egypt. The pressure change is expected to reach 12-15 mbar per 12 hours! The low will be maintaining its position over northern Egypt while only slowly drifting northeast through Friday morning. Severe winds will develop to its south, potentially also developing a sandstorm near the surface front. 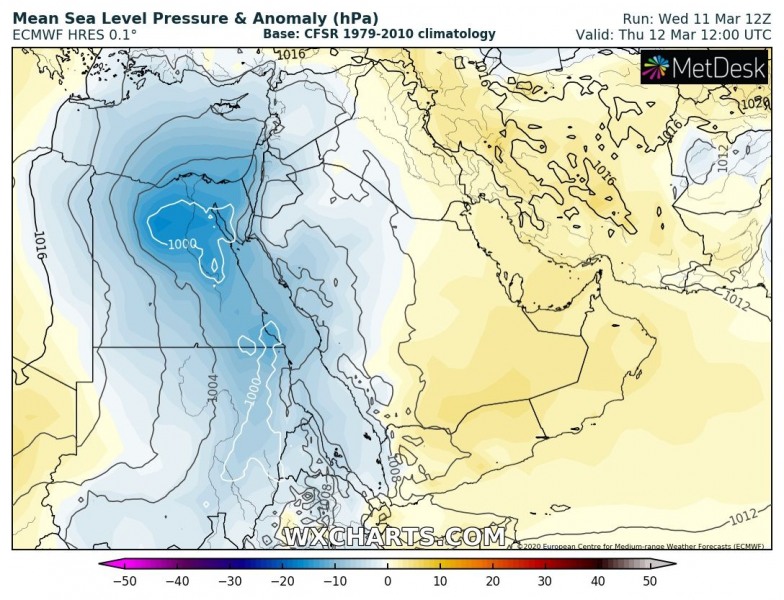 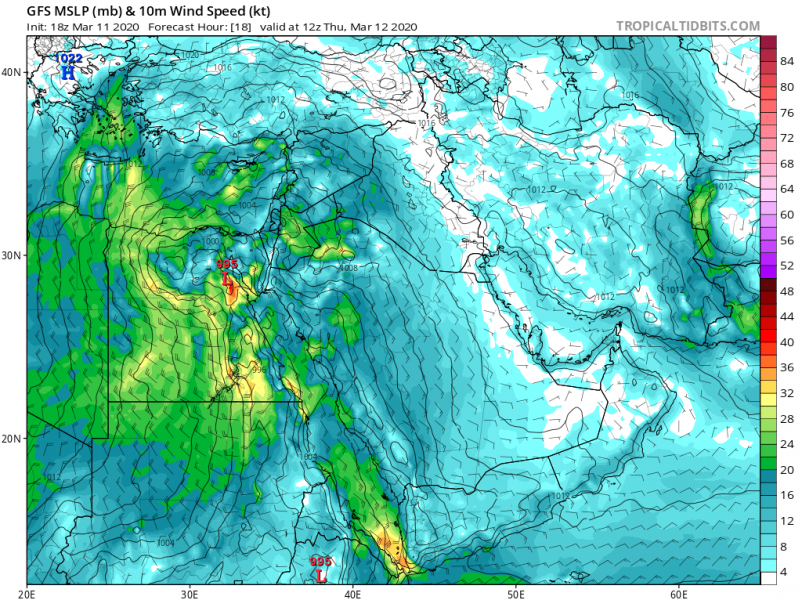 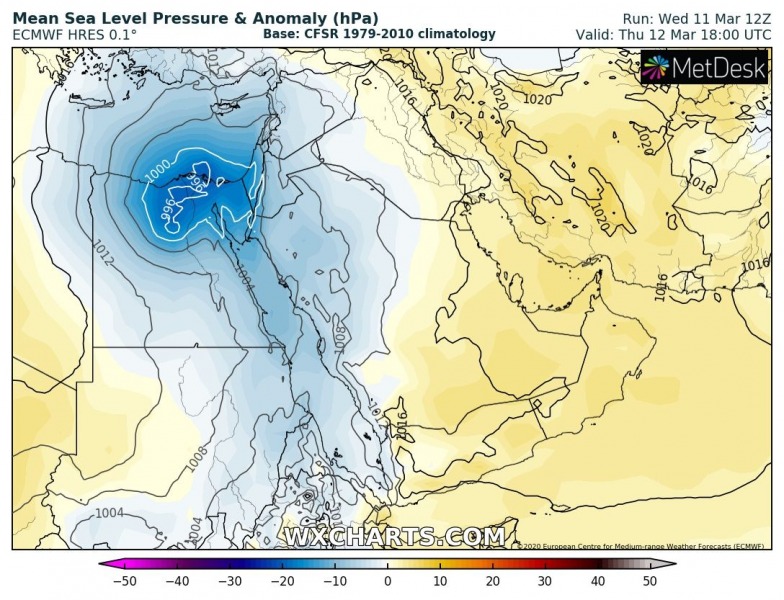 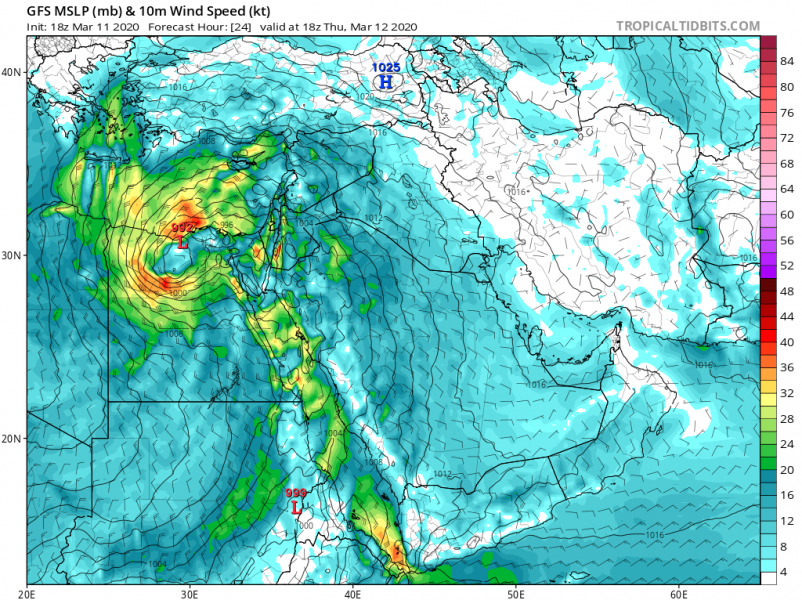 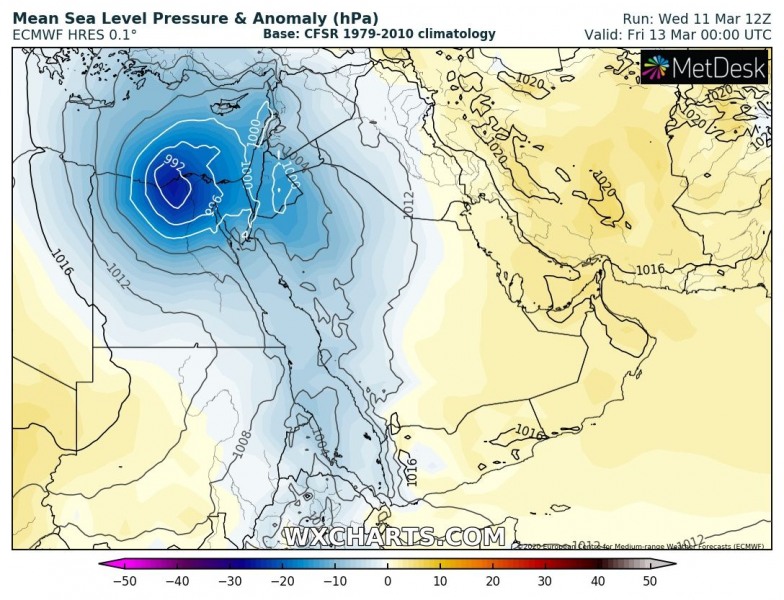 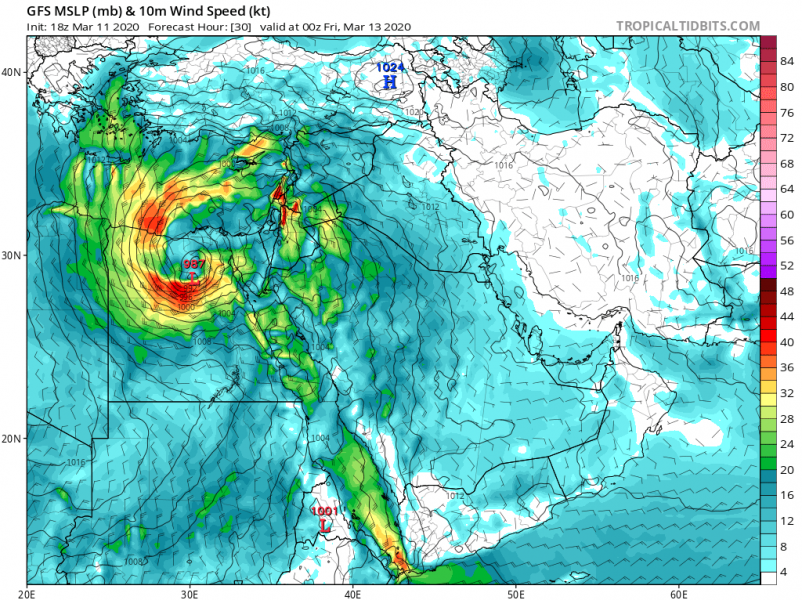 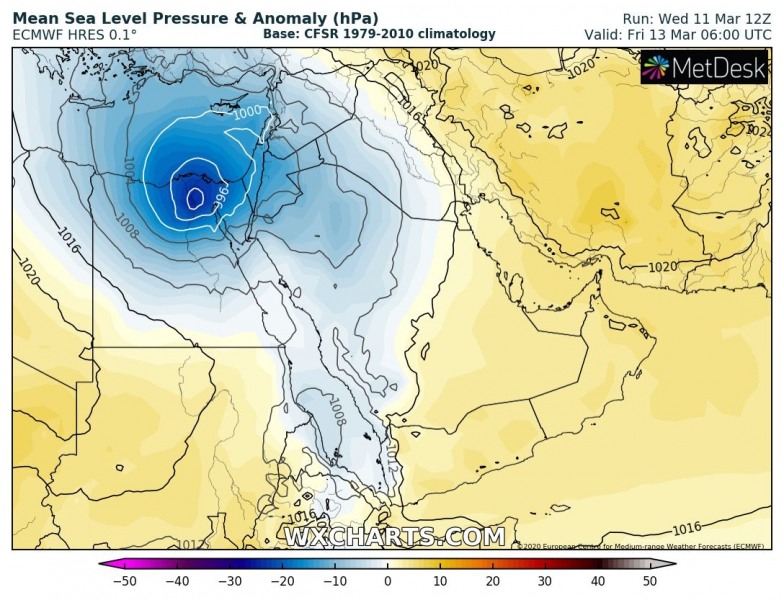 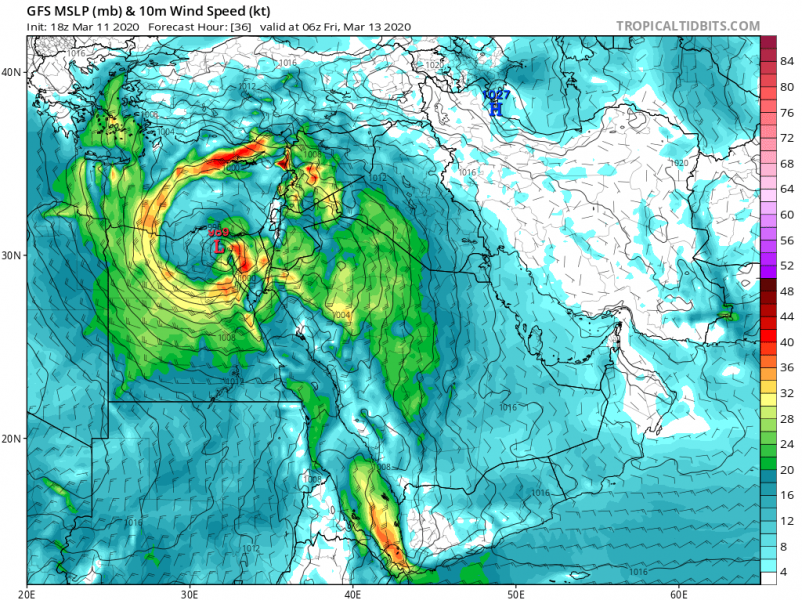 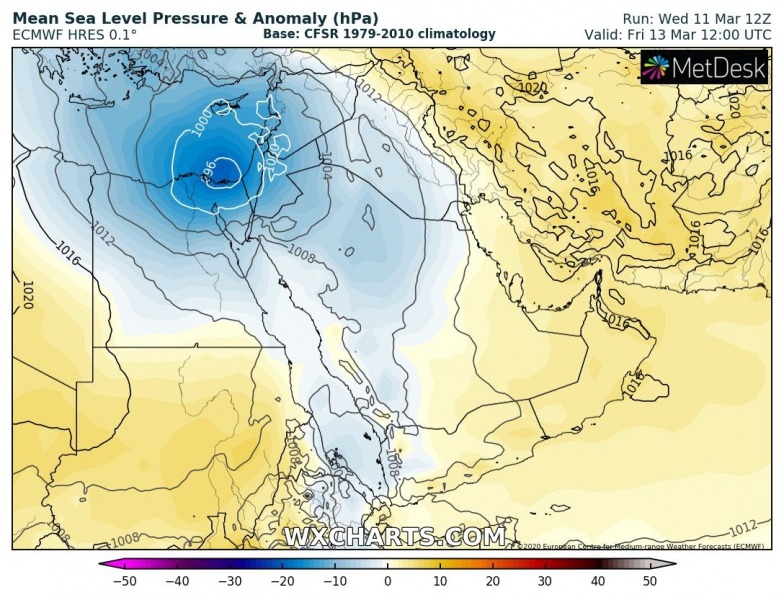 Huge amounts of rainfall are expected with this relatively slow-moving frontal system, resulting in more than 100 mm of rainfall in less than 24 hours in some areas across northern Egypt. This is quite rare occurrence over this region, so it could potentially develop dangerous flooding – stay alert! High rainfall sums could also develop over Cyprus. 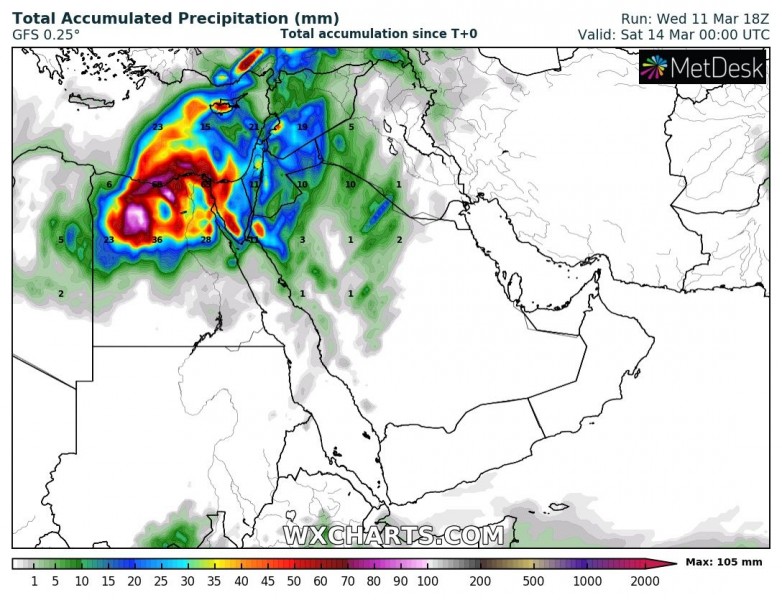 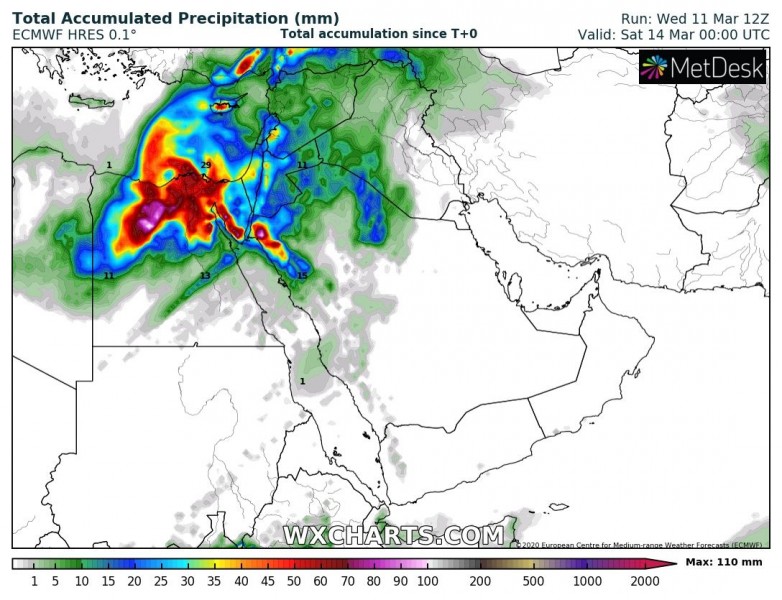 An intense surface cyclone should also produce dangerous winds, locally being severe – e.g. northern half of Egypt and across the Middle East into the coastal eastern Mediterranean. Peak gusts could exceed 120-130 km/h and become damaging! 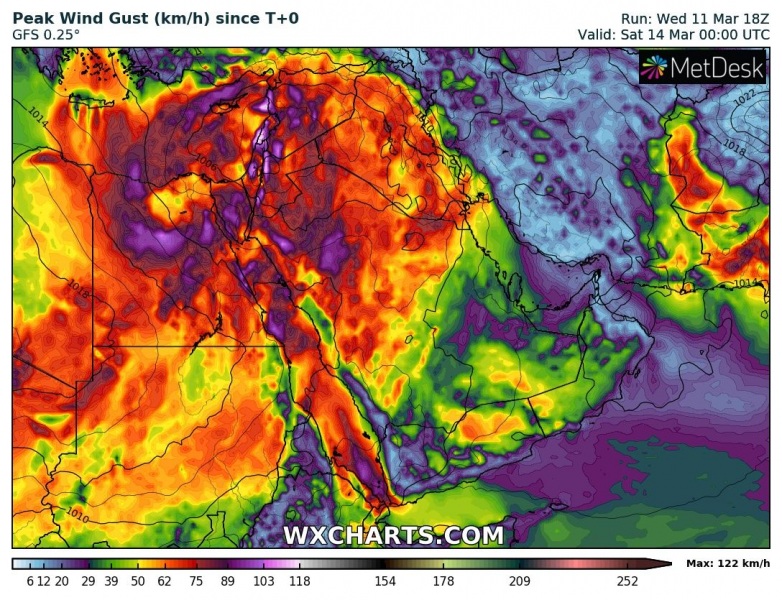 Dust – Sandstorm is likely to develop with the powerful winds, precisely along and ahead of the surface cold front pushed across eastern Egypt into Sinai peninsula and especially into Israel on Friday. Huge amounts of Saharan dust are expected to advect into northern Soudi Arabia and Israel! 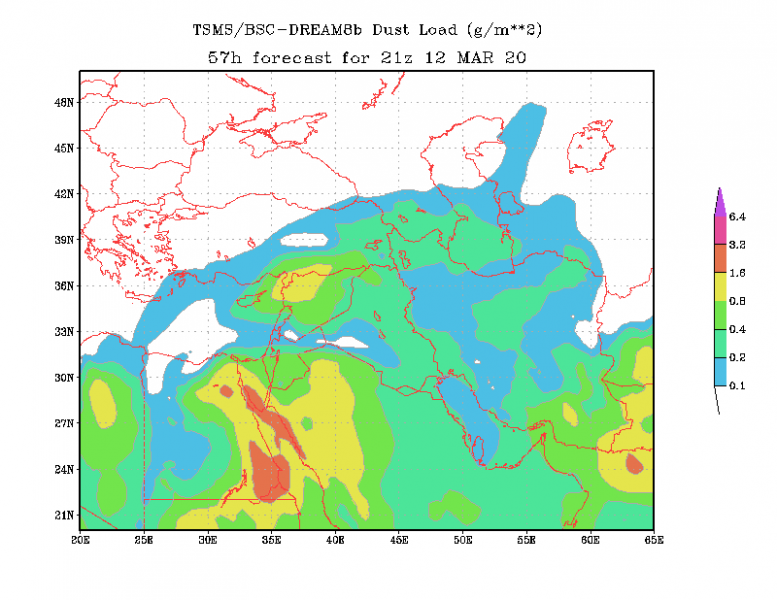 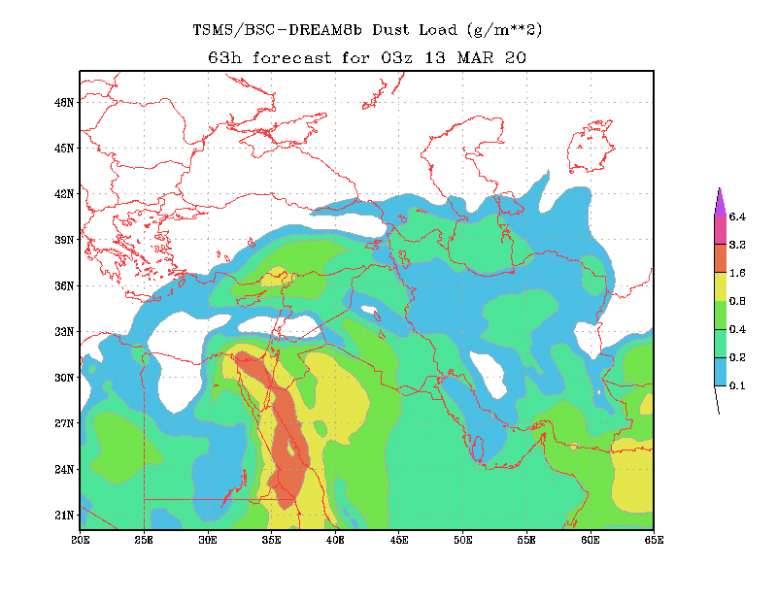 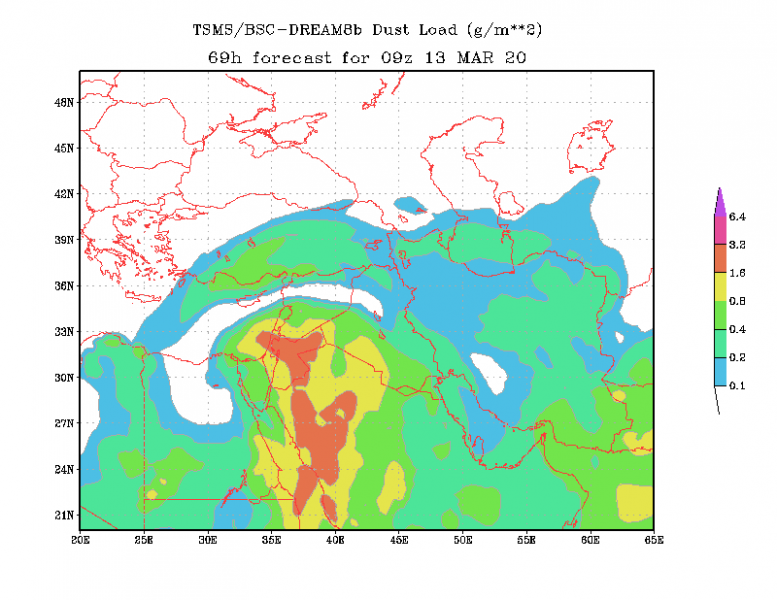 Stay alert for dangerous conditions – we will be covering the event!