Tropical Cyclone Gretel is a Category 2 storm and continues southeast, located south of New Caledonia. The island was impacted by severe winds and torrential rainfall yesterday (Sunday). Gretel has the maximum sustained winds of 55 knots (65 mph / 100 km/h) with the minimum central pressure near 981 mbar. It has likely peaked today while passing very near New Caledonia. The models are hinting it will pass very near the northern parts of Northern New Zealand tomorrow (Tuesday) and could potentially bring severe winds and waves into the coast.

The satellite imagery reveals Gretel is quite a large tropical system, with healthy and well-defined rain bands. Another interesting feature on the satellite is that Gretel is part of the tandem of two cyclones – another system is located to its southeast, an extra-tropical cyclone. 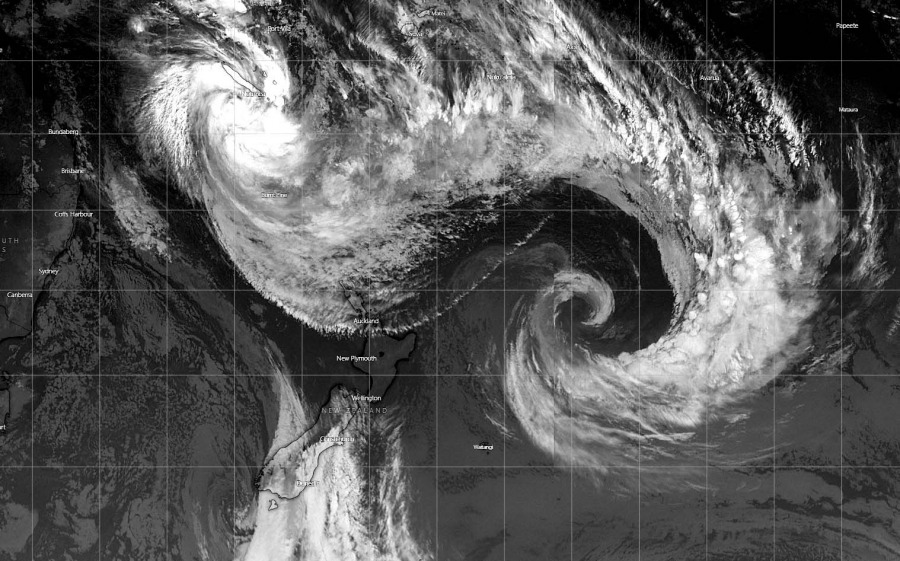 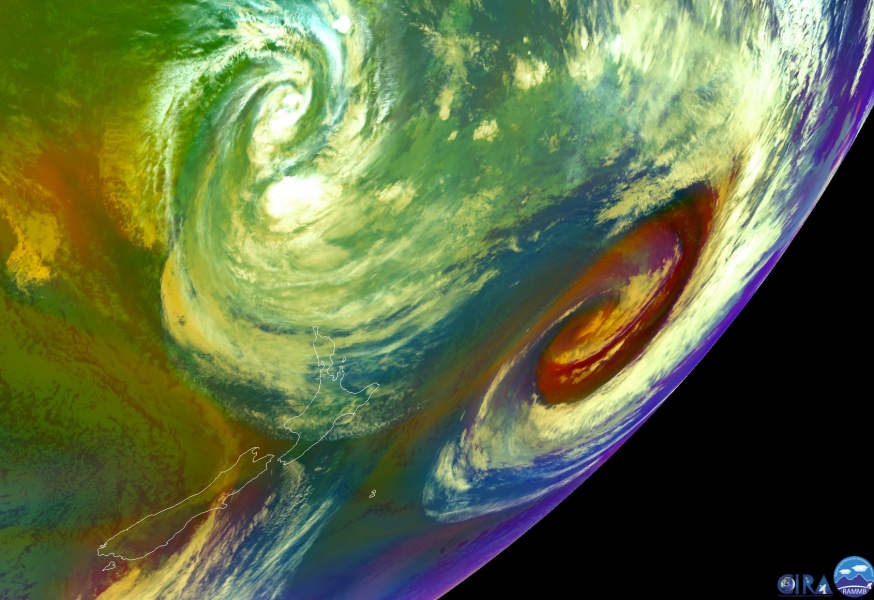 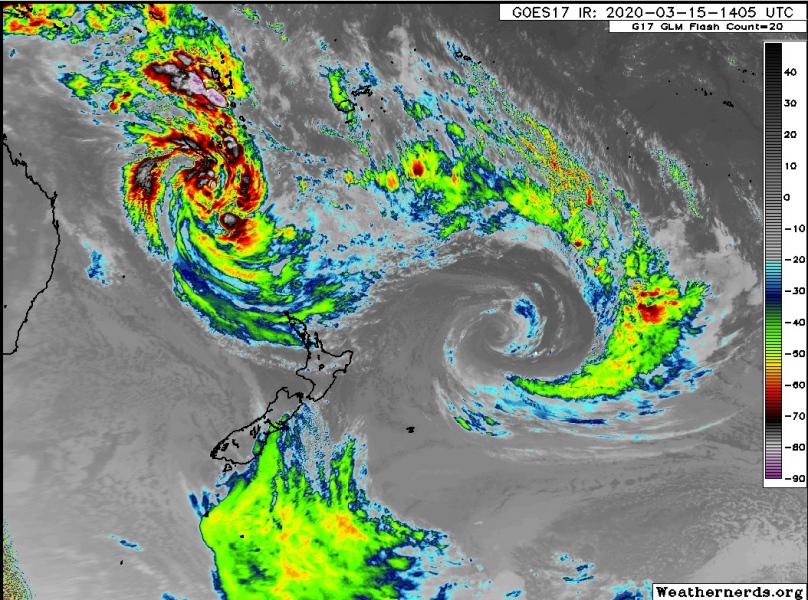 Now #Gretel has 50-100 miles wind radii of 34-knot winds, based on the Advanced Dvorak Technique analysis.

Gretel will continue southeast over the next few days and pass just north of Northern New Zealand tomorrow (Tuesday). Then it will be gradually weakening while becoming extratropical cyclone through mid-week. 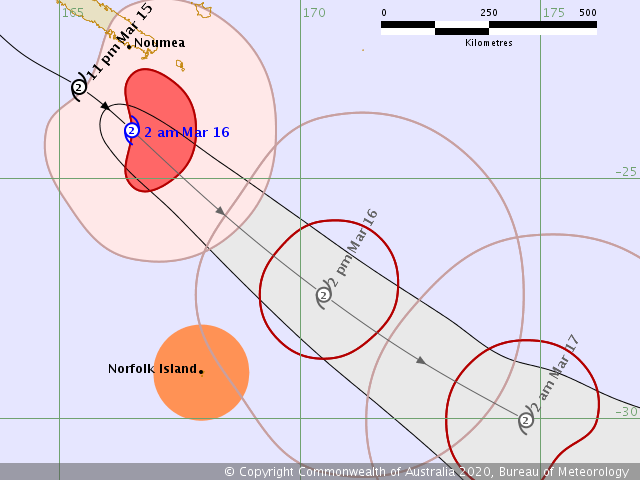 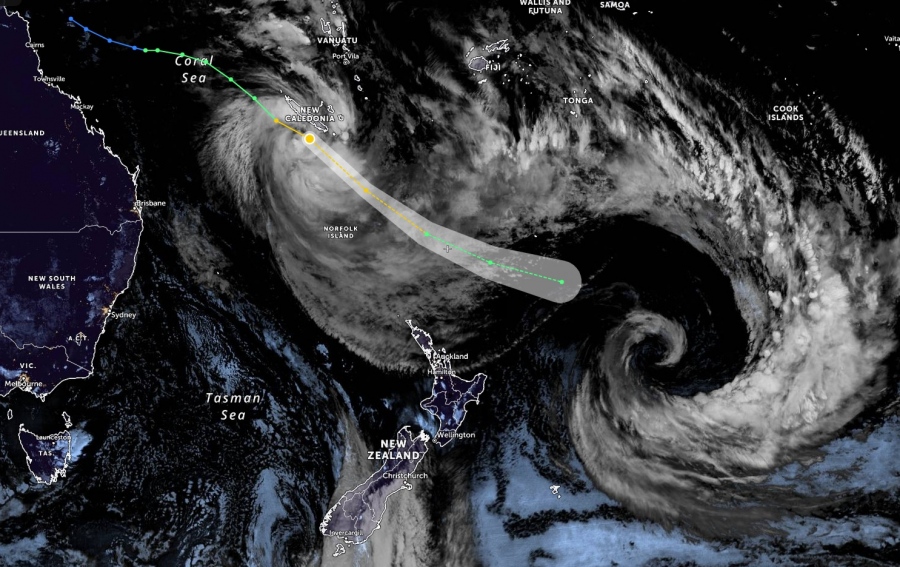 The next 3 days wind accumulation swath associated with Gretel – severe winds maximum will be north of Northern New Zealand, but it could affect the coastal areas tomorrow. Also with high waves. 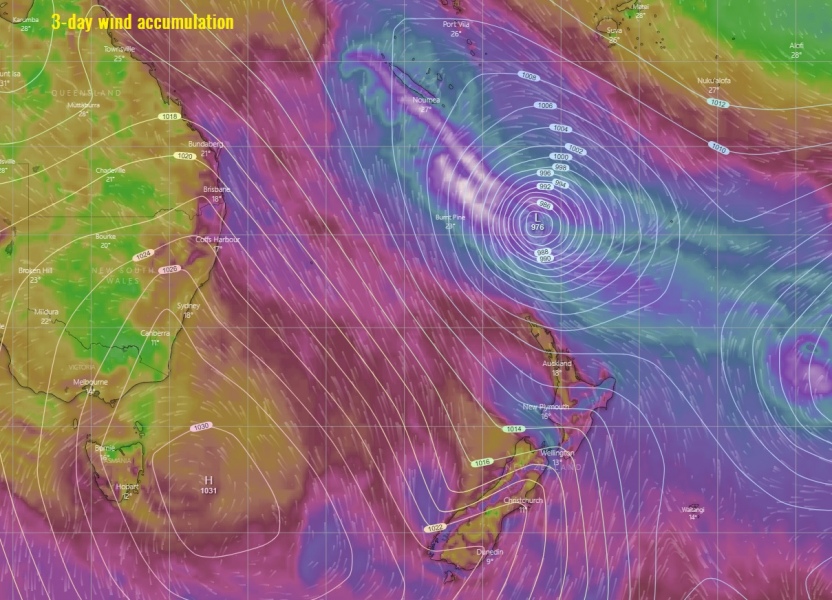 A Tropical Low #96P is intensifying along northeast Australia – should become a severe tropical cyclone while passing near New Caledonia over the weekend, then heads towards New Zealand next week

Right now, there is another intense Tropical Cyclone ongoing near Madagascar – #HEROLD:

Activity over the Eastern Pacific ramps up – 4 tropical depression developing