A tropical system #98L has developed near the coast of South Carolina. This tropical disturbance is rising the potential for dangerous flooding along the US East Coast through the next few days. The system could even strengthen into a Tropical Storm Fay, depending on how much support the system receives from the warm Atlantic.

UPDATE: Tropical Storm #Fay forms – it is on the way for New York:

Invest #98L is currently supporting the maximum sustained winds of 20 knots (25 mph), gusting to 30 knots. The minimum central pressure is around 1012 mbar. Surface observations are hinting it will be moving just offshore the Carolinas. 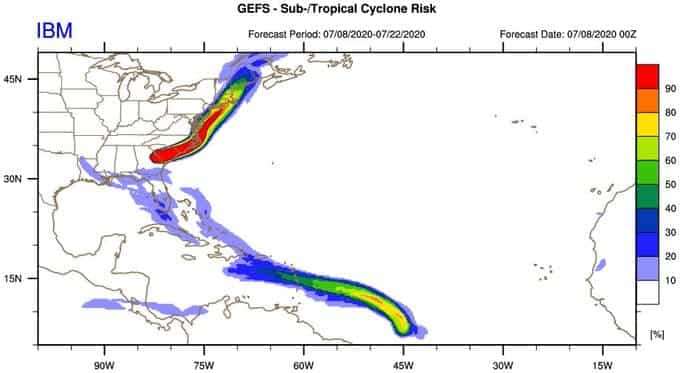 The currently ongoing convection is on its eastern side, so the low will likely stay just off the coast while drifting northeast. Actually, the more it stays over the open waters, the higher chances are it would become a Tropical Storm Fay. 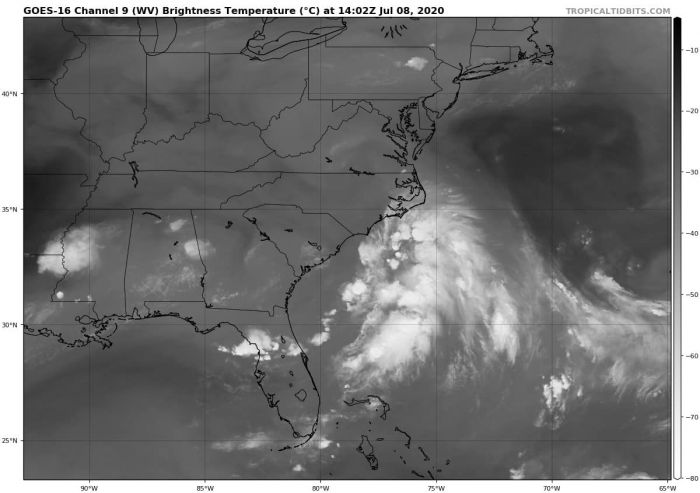 Conditions are supportive of additional storm activity, likely with further organizing storm clusters along the moving low. There are fair chances the system could develop into a tropical storm over the next 48 hours. Therefore, conditions along the East Coast would worsen with dangerous flooding and severe winds. High surf is along possible along the Outer Banks of North Carolina. 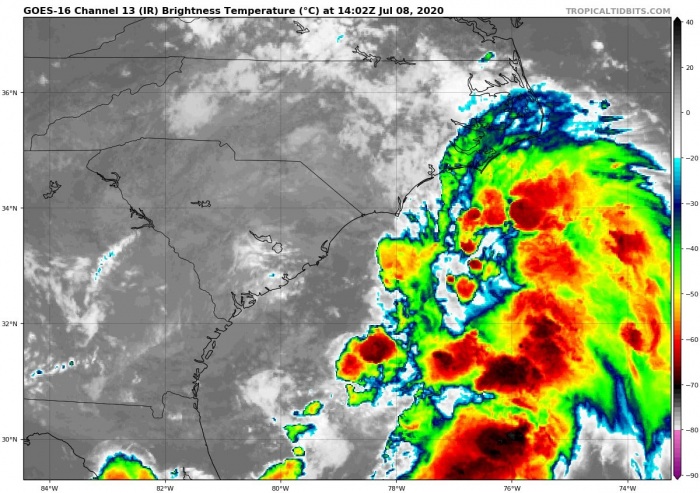 The visible satellite image this morning revealed a cluster of the rather disorganized storms along the US East Coast. The tropical wave is supporting deep convection, feeding on the warmer Atlantic waters. It is gradually organizing its area of circulation while drifting northeast along the coast of od South Carolina. 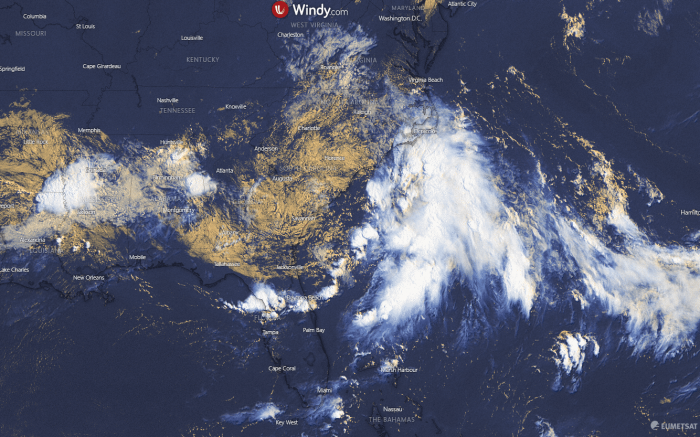 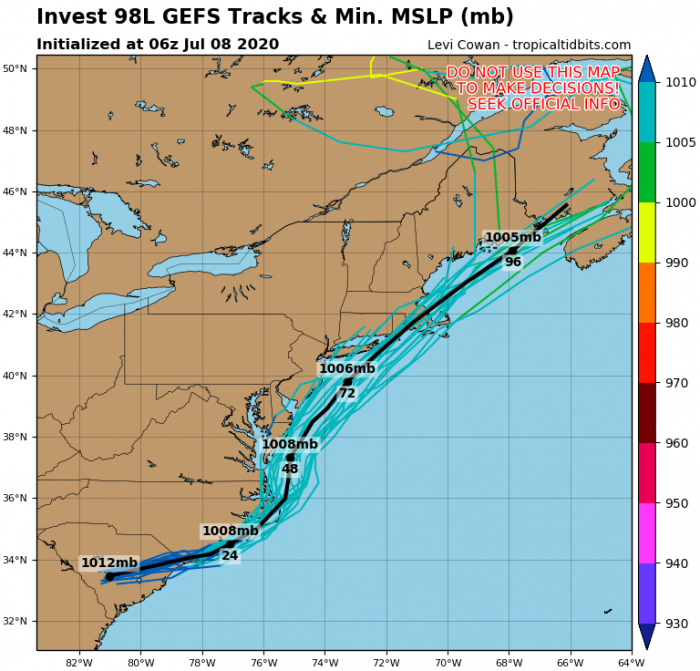 Flooding threat for the East Coast

The flooding threat will develop all along the East Coast from northeast South Carolina, across the Outer Banks of North Carolina up to southern New England coast until Saturday. Attached are rainfall totals until the weekend – 5 to 10 inches are possible near the eastern North Carolina. 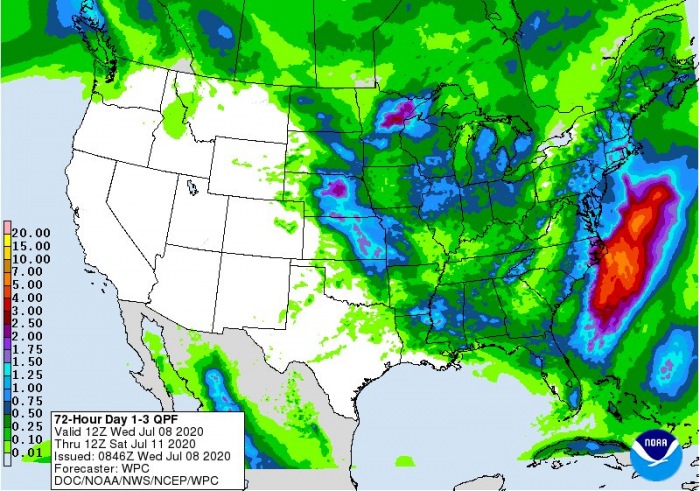 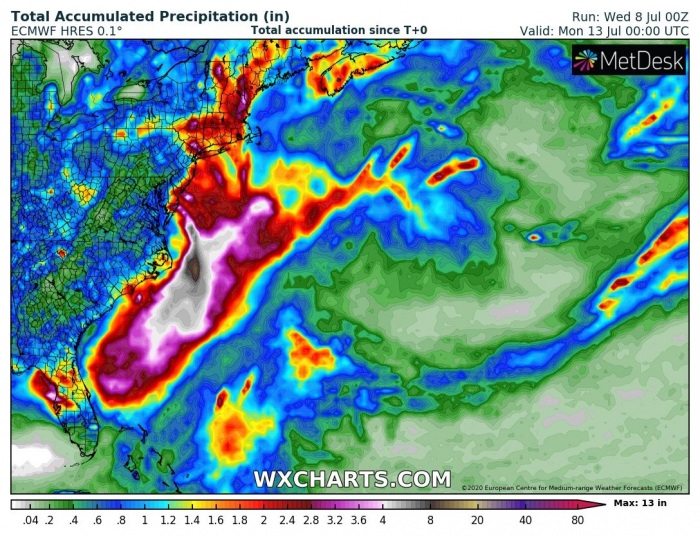 Potential upgrade into a Tropical Storm

Much above-average sea surface temperatures are present along the east and southeast coast of the US, favorable for storm development and supporting further strengthening of the system. So the system could gain additional strength and become Tropical Storm Fay. 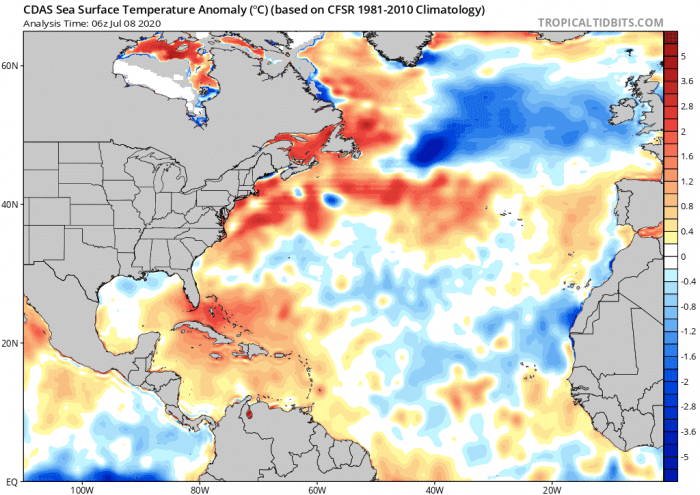 The National Hurricane Center (NHC) forecast gives the system up to 70% chance of it becoming a tropical (or subtropical) storm over the next 5 days. 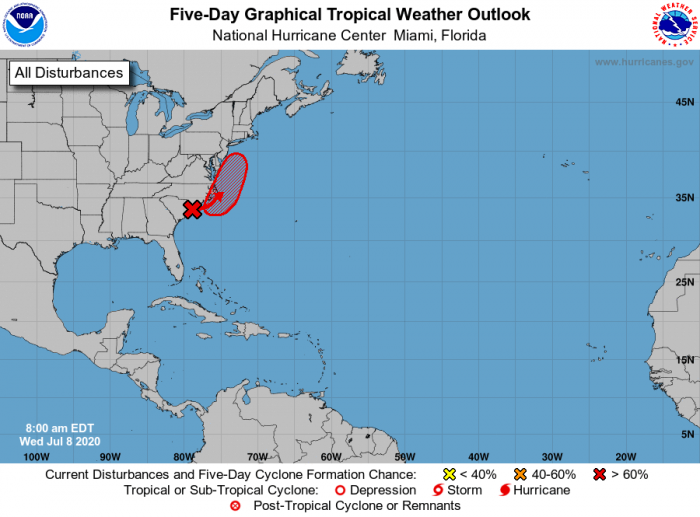 We are closely monitoring the evolution of this tropical wave. Stay tuned fur further updates in the coming days!

See also – there is another potentially strong tropical system developing in the Easttern Pacific. It could become the first hurricane of the season in the next days: