Here is a quick *update* on the approaching North Atlantic ex-tropical storm Edouard towards western Europe. This was the earliest 5th Atlantic named tropical storm formation on record in the Atlantic. The system is now moving towards Ireland and southwest England, expected to arrive tomorrow afternoon.

Tropical storm Edouard has peaked yesterday, packing maximum sustained winds of 40 knots and central pressure just shy above 1000 mbar. It then gradually transitioned into an extratropical cyclone. It is accelerating across the North Atlantic today while gradually weakening. It remains still quite organized.

Attached is this early afternoon visible satellite image over the North Atlantic. We can see the ex-tropical storm Edouard, now acting as an extratropical system. The sea surface conditions and rather a strong shear should preclude any additional strengthening before the system reaches western Europe on Wednesday. 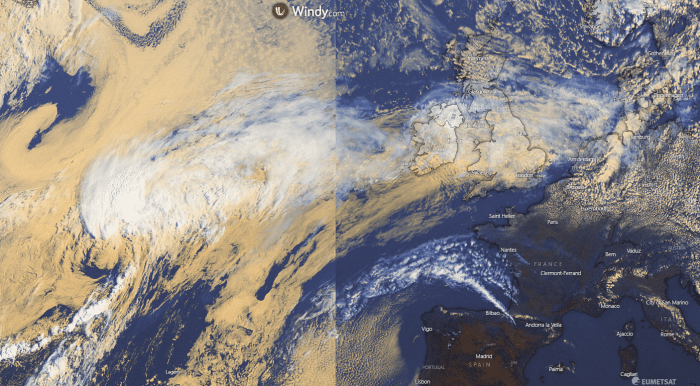 Ex-Edouard will continue moving across the North Atlantic at an accelerating speed today and tonight. Various weather models are picking the system up in their forecasts. Although the system is not expected to be particularly strong, it is quite a rare occurrence to see an ex-tropical storm coming into western Europe so early in the summer. 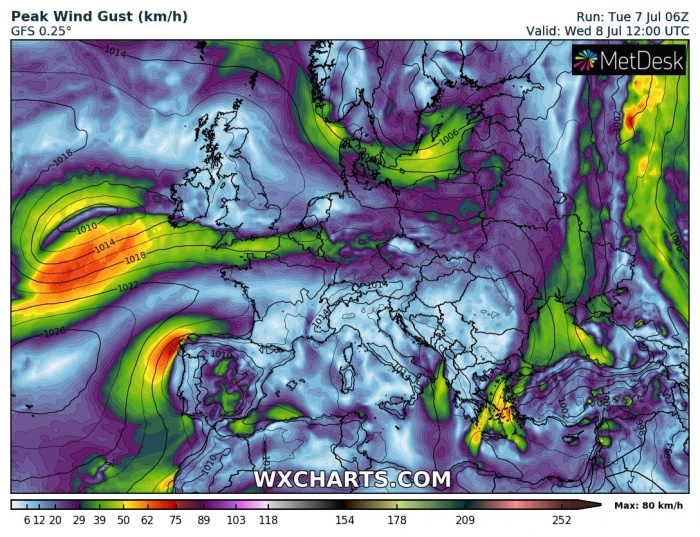 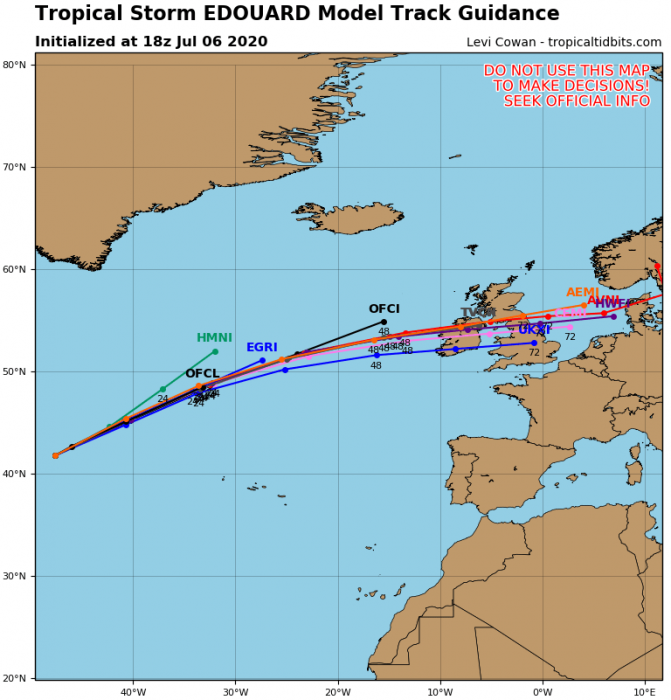 Models are, however, hinting some rainfall threat across southwestern England and particularly Wales during the passage of the low. Some areas could receive 60-90 mm of total accumulated rain until Thursday evening. 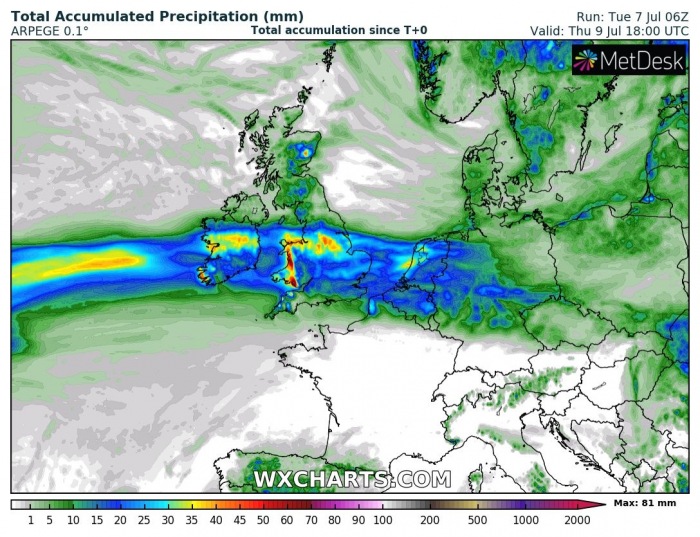 Cyclone intensifies over Scandinavia for the weekend

It appears likely once the cyclone crosses western Europe, its remnants will continue towards southern Scandinavia. There, various models are hinting the system to re-organize again and becoming quite strong. Particularly over the Gulf of Bothnia on Saturday, developing dangerous severe wind threat for the Baltic region. Cyclone could develop severe storms and heavy rain over there as well. 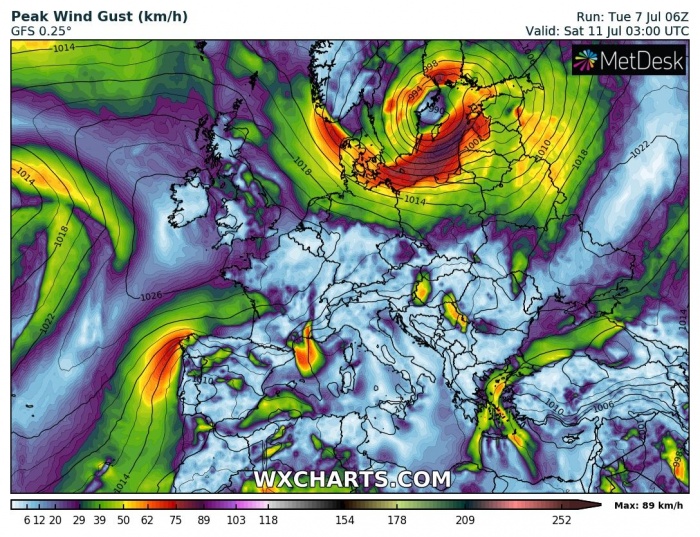 There is a new tropical storm Cristina forming in the Eastern Pacific – it should become the first hurricane of the year: