Here we go – the 6th tropical system of the 2020 hurricane season is born. Tropical Storm Fay formed along the Outer Banks of North Carolina this afternoon. It will continue towards New York tomorrow and further across the northeast US this weekend. It will deliver severe winds and flooding threat along its path.

Both ground observations and NOAA hurricane hunters have found conditions with Tropical Storm force. Fay is currently supporting the maximum sustained winds of 40 knots (50 mph), gusting to 50 knots. The minimum central pressure is around 1010 mbar. The center of the low is located just east of the Outer Banks of North Carolina. 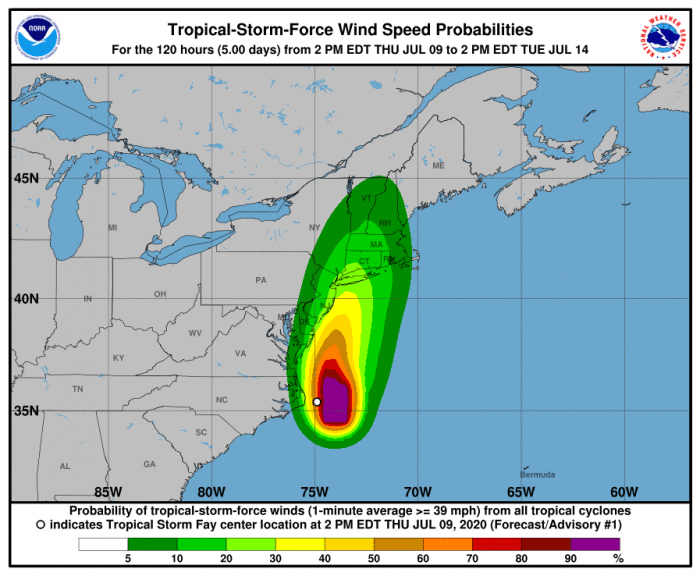 Most of the ongoing convection is still tied up across the eastern side of the storm, so the low will likely stay just off the coast while drifting due north over the next 24 hours. The tropical wave is supporting deep convection, feeding on the warmer Gulf stream in the Atlantic waters. Some additional strengthening is possible tonight. 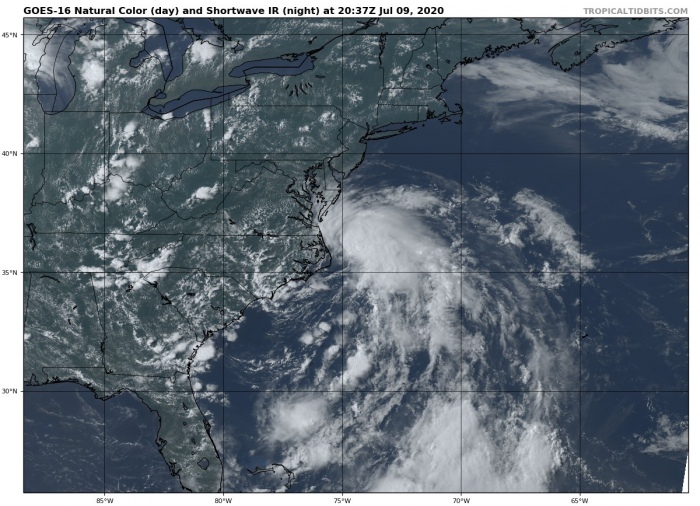 Fay also sets a record – it is the earliest 6th Atlantic named storm formation on record! The previous record was Franklin on July 22nd, 2005.

UPDATE: #TropicalStorm #Fay has formed off the coast of #NorthCarolina this afternoon, seen here by @NOAA's #GOES16🛰️. @NHC_Atlantic expects it to strengthen slightly as it moves along the coast, and a #TropicalStormWarning is in effect from #NJ to #RI. #NJwx #NYwx #CTwx #RIwx pic.twitter.com/XUp2N88rfT

The visible satellite image reveals a cluster of the better-organized storms along the US East Coast. Fay has a well-defined area of circulation while drifting north along the Outer Banks of North Carolina. The system will be moving towards New York tomorrow afternoon (Friday, July 10th) and then weaken further inland. 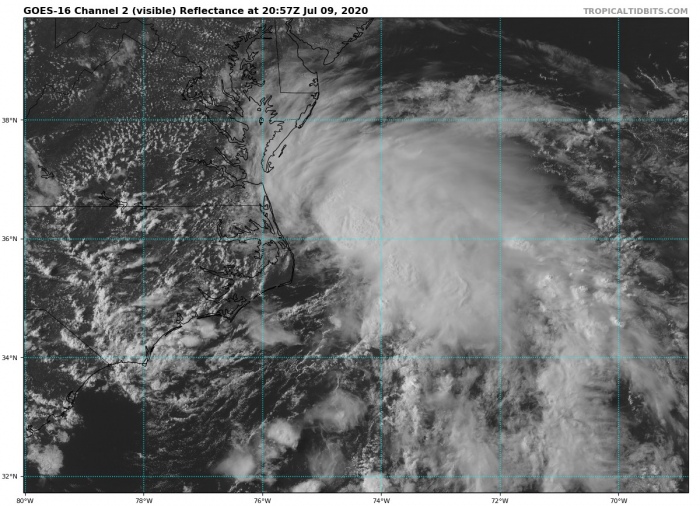 Tropical Storm Warning and Flash Floods Watch have been issued for a portion of the US East Coast, from the mid-Atlantic states to southern New England. Fay is expected to bring heavy rains and severe winds for the coasts of New Jersey, New York, and Connecticut. Including Long Island. 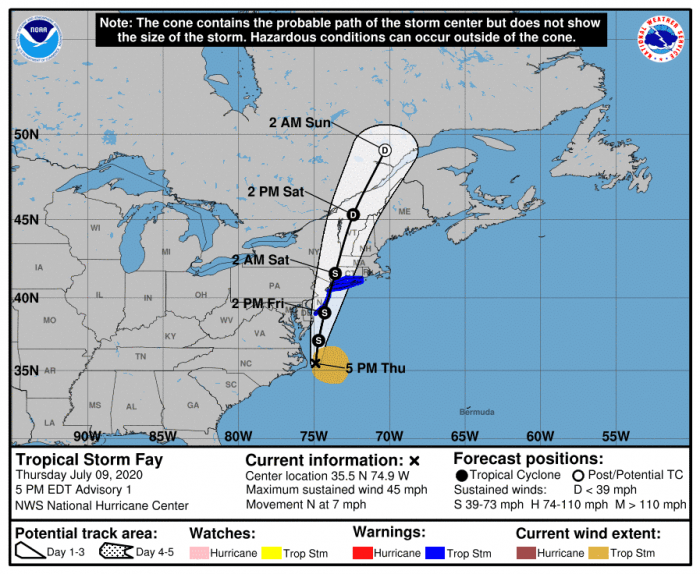 Flooding threat for the East Coast

Fay is expected to produce 3-5 inches of rain, possibly up to 8 inches along and near its track across the East Coast. Excessive rain could result in flash floods. Additionally, tropical storm force wind conditions are expected along portions of the mid-Atlantic and northeast coast on Friday and Friday night. 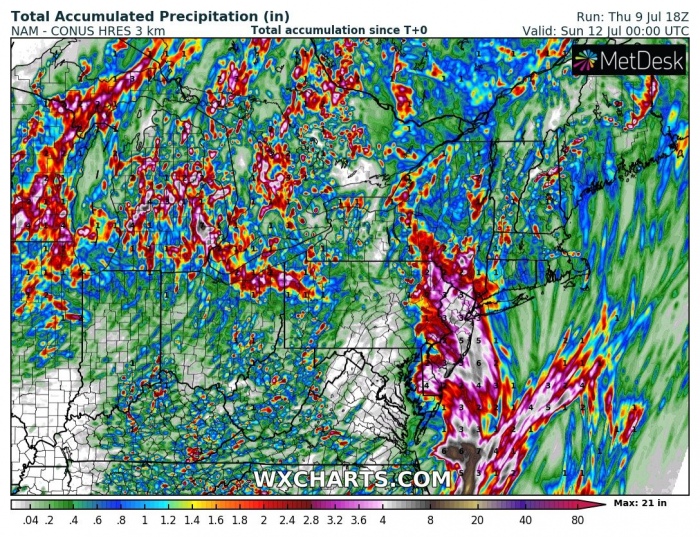 The system should also develop a broad severe wind threat along the Atlantic coast, affecting Long Island and New York as well. The swath along its path is well visible on the attached high-resolution map. 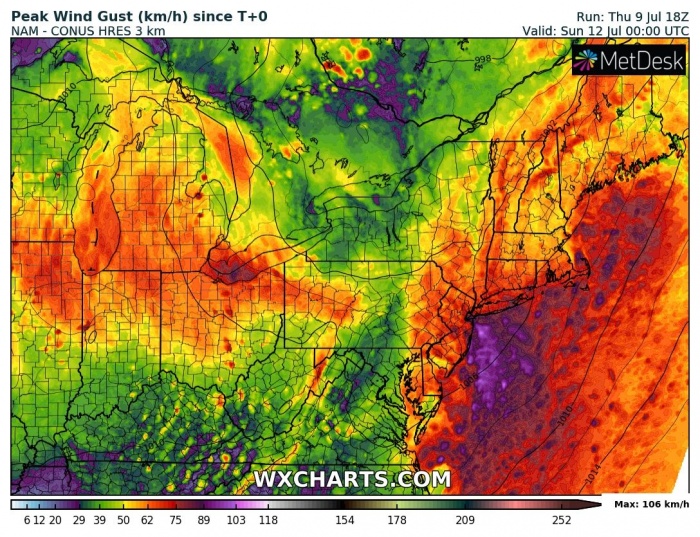 Stay tuned for additional updates in the coming days!

See also – there is another potentially strong tropical system developing in the Easttern Pacific. It could become the first hurricane of the season tomorrow: