A still powerful typhoon Maysak is approaching South Korea with a destructive landfall expected tonight. Maysak remains a very dangerous storm and will introduce huge amounts of rainfall and flooding across the Korean peninsula. Severe damaging winds and storms surge is expected across the southern coastal areas.

The landfall of Maysak is expectedalong the south-southeastern coastal areas of South Korea. The eyewall will likely hit between the cities Goheung and Busan.

Typhoon Maysak began its weakening trend on Tuesday. After the Eyewall Replacement Cycle (EWRC), the eyewall partly collapsed and the weakening of the system has followed. However, Maysak remains a powerful and quite large system so its landfall in South Korea will be damaging. 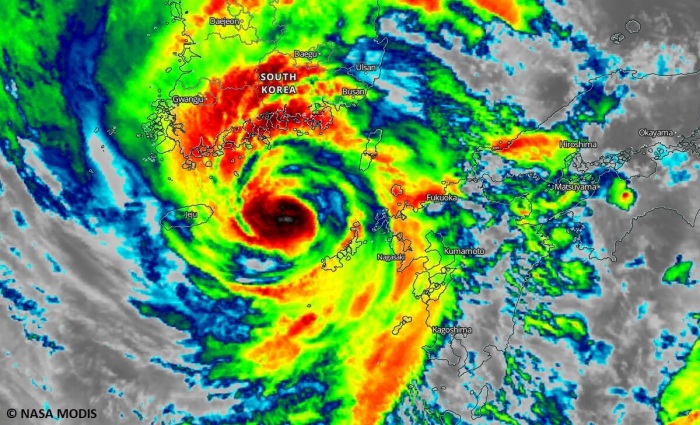 Advanced Dvorak Technique (ADT) estimates are indicating that there are still hurricane-force 64-knot winds spread across 25-35 miles radii, mainly across the northeast, southeast, and southwest quadrants. And also, 55-80 miles wind radii of 50-knot tropical-storm-force winds are spread around the eye. 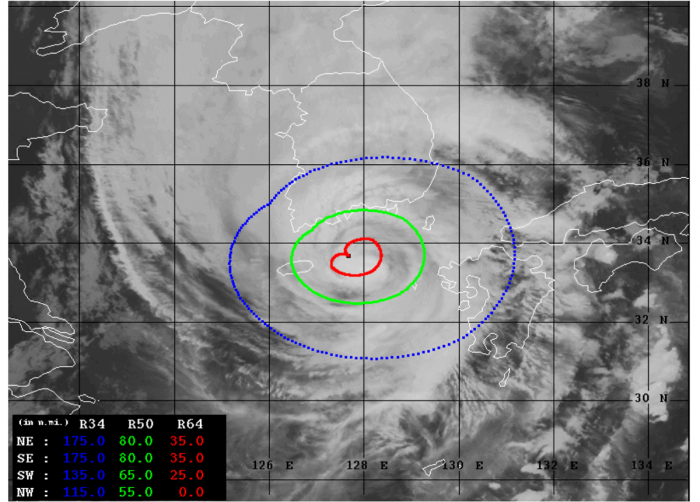 The ADT analysis suggests that typhoon Maysak still has around 70-75 knots of maximum sustained winds. The central pressure has risen and is around 969 mbar. Maysak remains a very powerful and its hurricane-force winds should soon reach the South Korea coast.

Both the coast and Jeju island are already under tropical-storm-force winds. 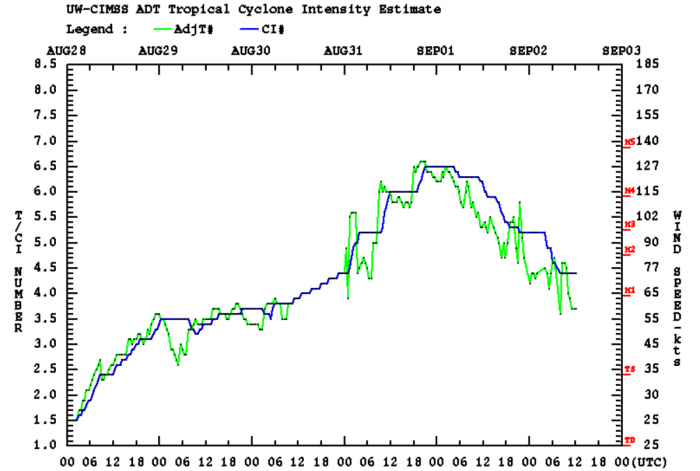 Based on the latest Dvorak satellite analysis estimates, Maysak is still packing severe hurricane-force winds around its center. Its a movement across less favorable sea waters of the Yellow Sea should keep its gradual weakening trend, but the overall strength and size remain.

The general movement towards north-northeast remains, confirmed by most of the GFS model ensemble perturbations. 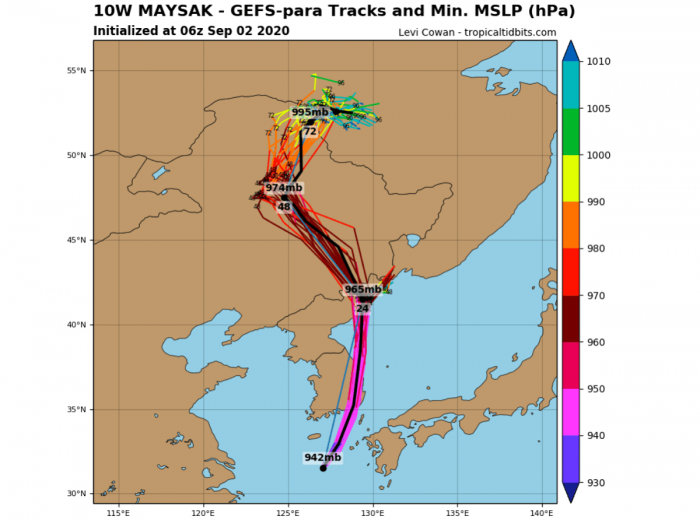 The landfall of Maysak is expected in the southeastern part of South Korea tonight.

Although typhoon Maysak has begun its weakening trend on Tuesday, it remains a very large and powerful system. It will continue tracking northeast and violent winds with gusts near 150-200 km/h seem likely along the southern South Korea coast. Winds within the eyewall will be the most intense! 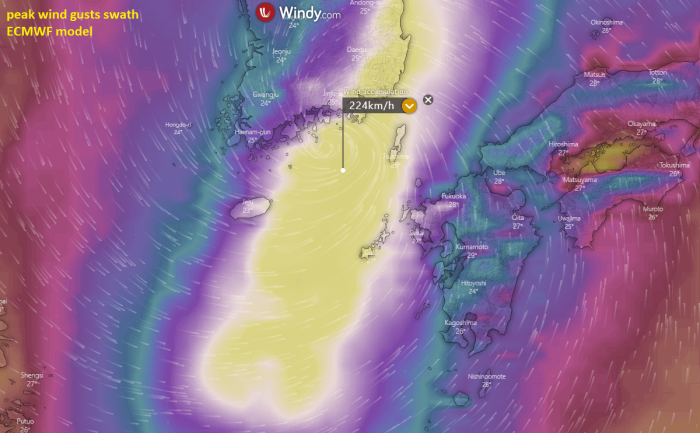 Its effect will also spread across the island chain from Fukue Island to Nakadori Island. Maysak should also bring severe winds to the western portions of Kyushu Island.

With a large size of Maysak, a broad wind field is also resulting in major storm surge which could severely damage the coastal areas of South Korea and the aforementioned Japanese islands.

With Maysak approaching its landfall in South Korea tonight, torrential rainfall with significant flooding threat is developing. Additional huge amounts of rain are expected across Jeju Island and across much of the Korean peninsula. Across both South Korea and North Korea until Friday.

Maysak’s center should cross the peninsula across the eastern half while high precipitation is expected across the whole region. 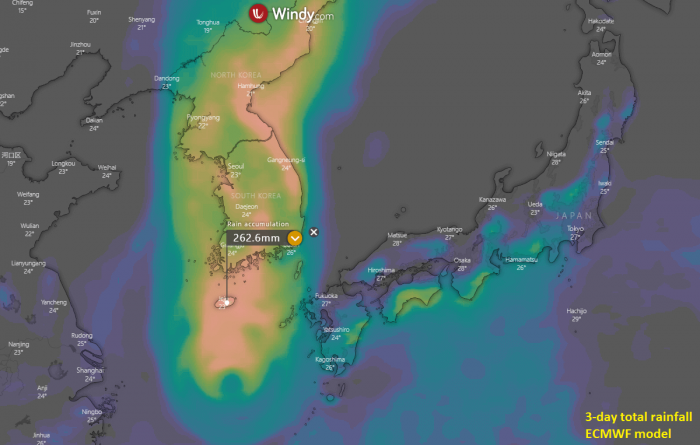