The extreme, scorching heat intensified further on Sunday, May 17th. Numerous weather stations in Turkey have reported peak afternoon temperatures between 40 and 43 °C, which is beyond exceptional for mid-May! Three more days of extremely hot weather are ahead before the heatwave weakens. Then, heat will gradually be replaced by much colder air mass towards the weekend.

An *extreme* heatwave is still underway over the south and southeast Europe. Dry foehn winds have locally pushed the peak temperatures up to +43 °C in Turkey and Cyprus! It was again near +40 °C in Greece as well! The following days will again peak near +40 °C!

The heatwave expanded across the southern Mediterranean from North Africa on Friday, spreading into south Italy, southern Balkans, and Turkey. Peak temperatures on Sunday climbed above 40 °C at numerous stations in western and southern Turkey! Precisely, +43.0 °C in Antalya-Bolge, +42.6 °C in Aydin, +42.4 °C in Akhisat, +41.7 °C in Antalya and Marmaris as well. Scorching heat also was experience in Cyprus – the Paphos airport hit +42.5 °C while Tymbu/Nicosia peaked above +40 °C as well, it was +40.1 °C there! Greece was again just shy off +40 °C mark on Sunday, it was +30.9 °C in Kalamata airport! 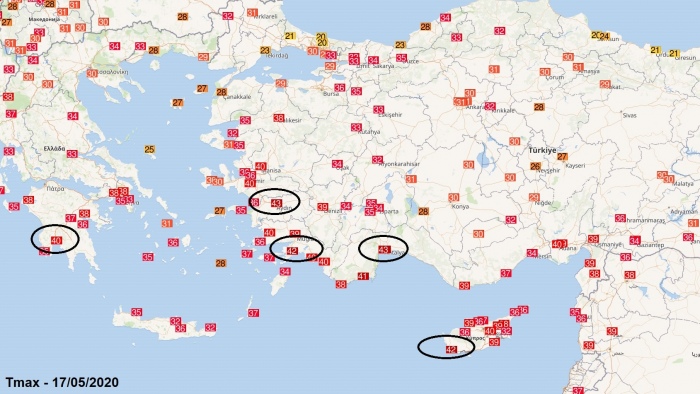 Below are the Top 20 METAR / SYNOP official stations with the highest temperatures across Turkey, Greece and Cyprus: 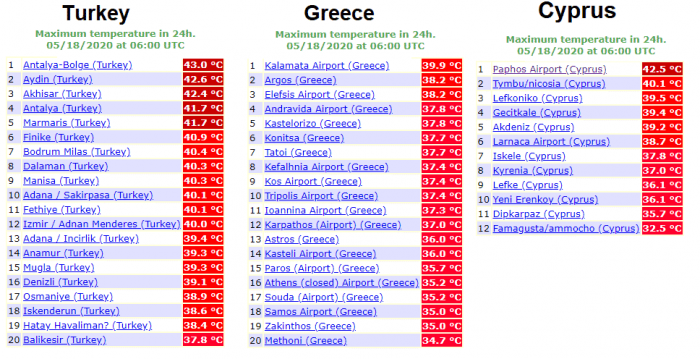 Here are the peak temperatures across Europe with detailed maps over southern Balkans yesterday, May 17th. We can see the hot weather is limited to extreme some Balkans, Turkey and Eastern Mediterranean and the Middle East: 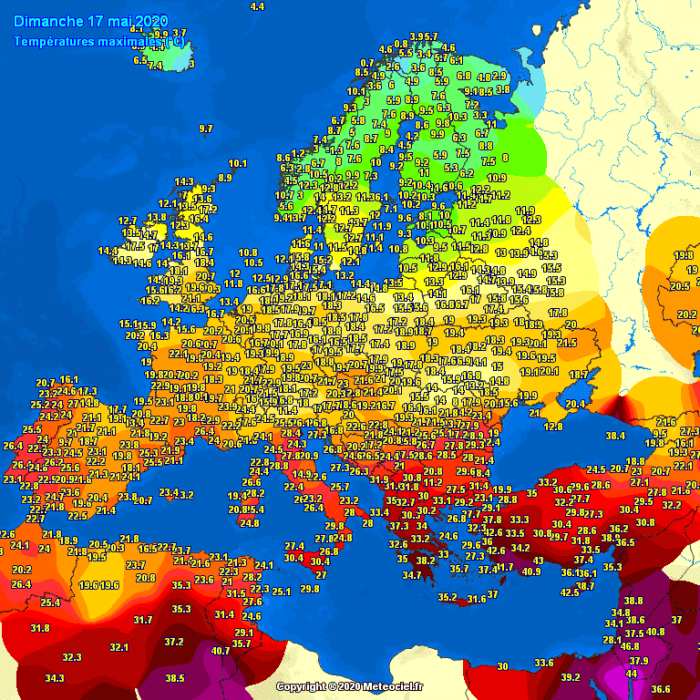 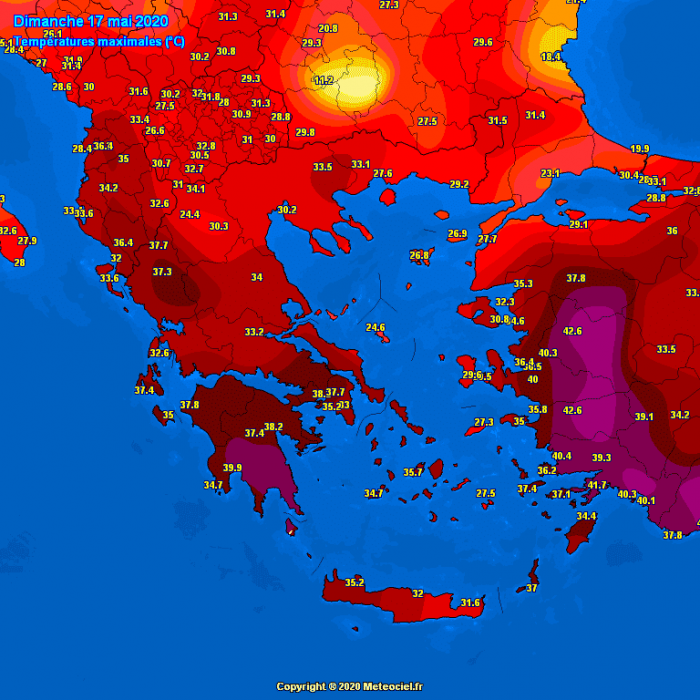 Extreme heat continues, but replaced by cold later this week

The extremely hot air mass will persist for another 3 days before the upper-level ridge weakens and the heatwave vanishes. The coming days will again favor temperatures in excess of 40 °C in some areas of south and west Turkey. Through the second half of the week, pattern change should bring much colder air mass across the eastern Europe and also into Black Sea region and Turkey! 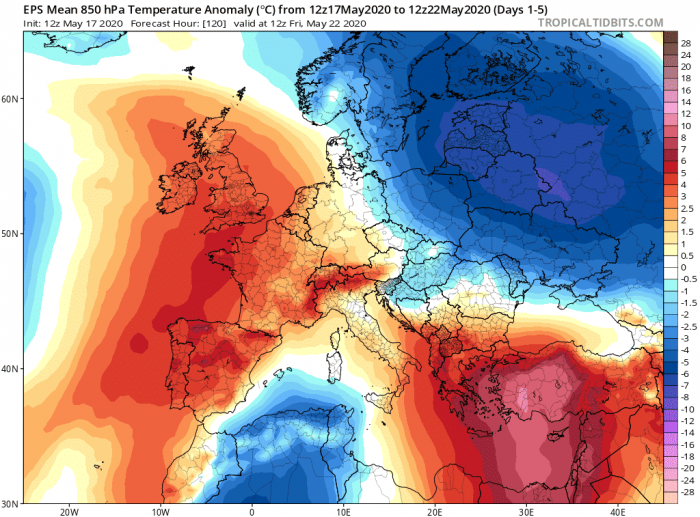 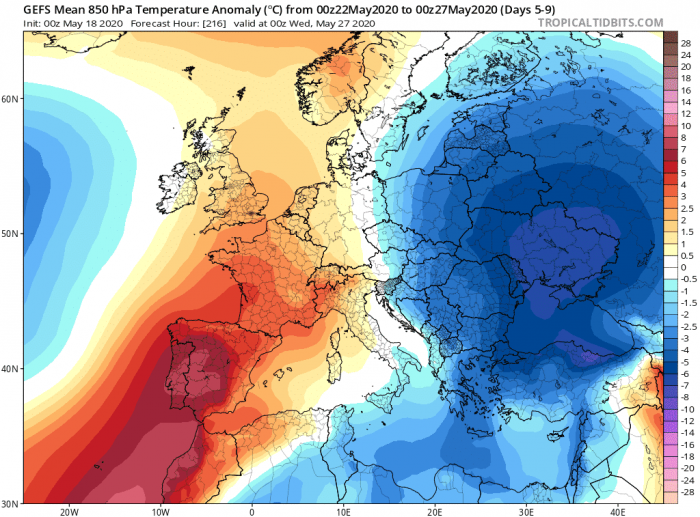