The former Invest #90P has intensified into a Category 1 Tropical Cyclone #Harold over the past 24 hours, with maximum sustained winds of 40 knots (45 mph / 75 km/h) and central pressure 999 mbar at 06 UTC, Apr 3rd. The system is revealing a quite explosive development of deep convection around the organizing low. Models are in very good agreement Harold could bring a severe impact while passing across Vanuatu islands early next week. Then it might turn towards Fiji archipelago. 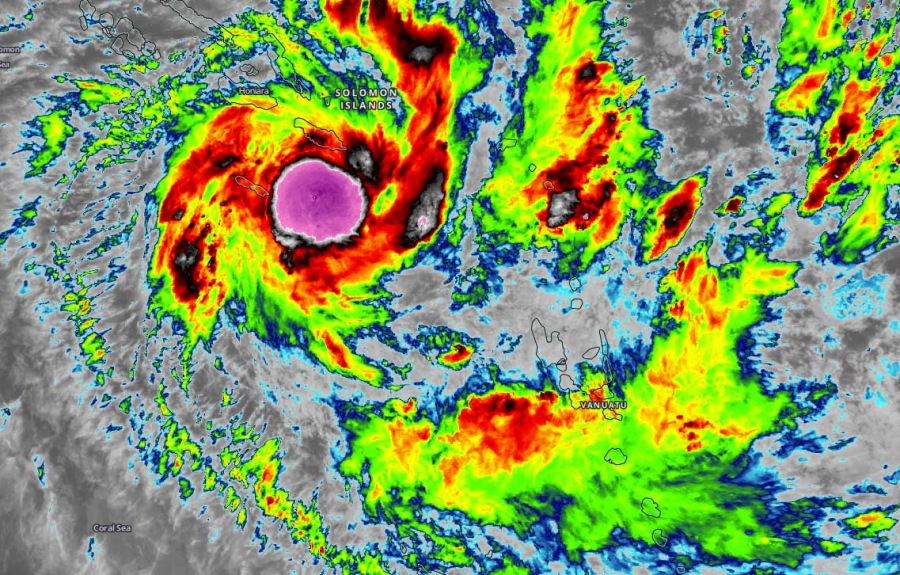 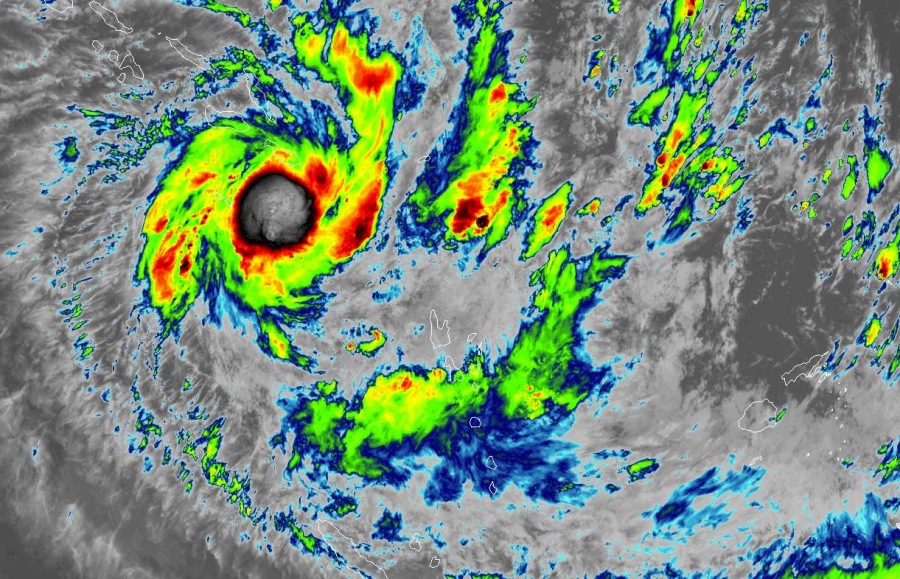 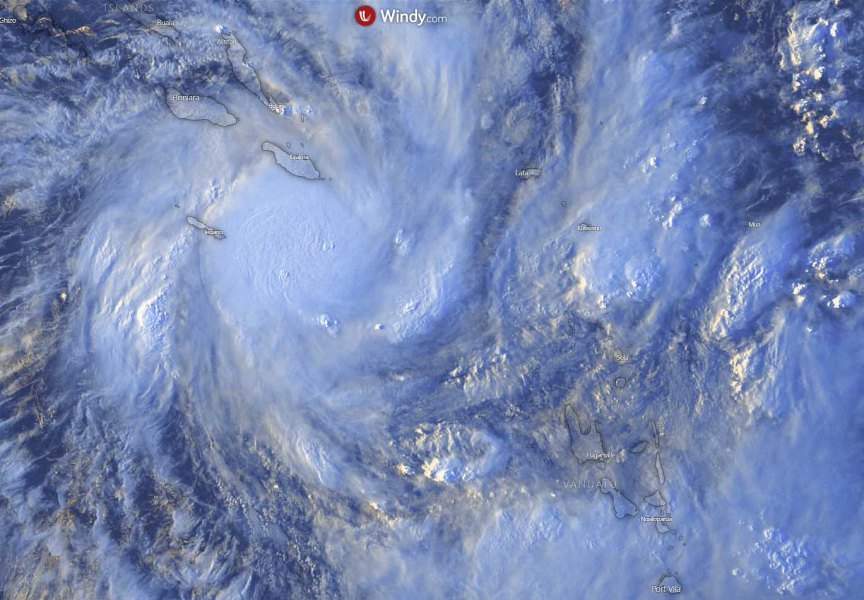 Extremely warm sea waters over along the future path of Herold should allow it to gain rapid intensification over the next 48 hours. This could boost its intensity into a Severe Tropical Cyclone od strong Category 3 or even Category 4 strength in a couple of days. Attached is the Ocean Heat Content (OHC) map – an impressive 100-150 units!

The future track will bring Harold towards Vanuatu archipelago while gradually intensifying this weekend into early next week. The system could potentially become a Severe Tropical Cyclone with 85-90 knots of maximum sustained winds with destructive winds and flooding over Vanuatu. Further movement will push the system towards the southeast and could eventually turn towards Fiji. 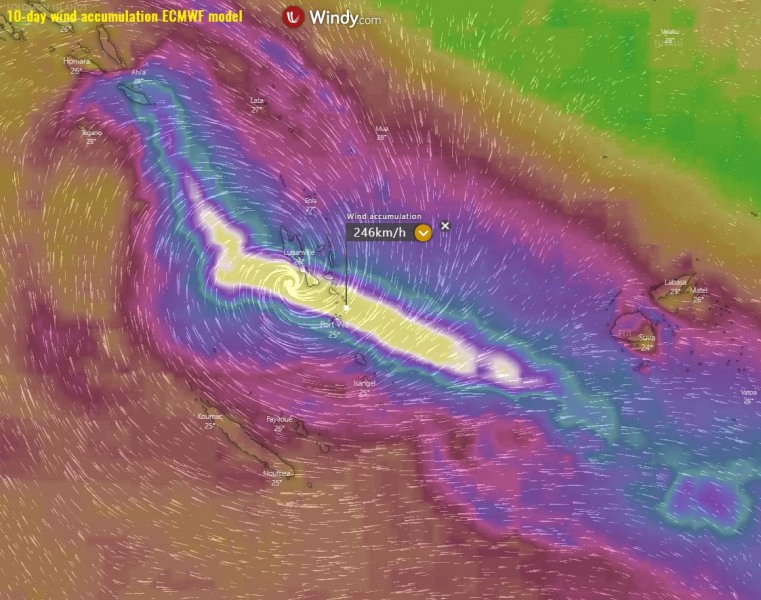 Advanced Dvorak Technique (ADT) analysis indicated Harold has been steadily organizing over the past 24 hours. The system already has 50-knot wind radii, extending 35-40 miles around the center. 34-know winds are affecting the southeasternmost island San Cristobal of Salomon islands:

We are closely monitoring Harold’s evolution and will keep you updated this weekend – stay tuned!