Finally, we could say! After several cold outbreaks in the past weeks, the pattern is changing soon. It will result in much warmer weather for a large part of Europe after this weekend and likely extend throughout the next week. Some cold weather will, however, remain over the southeast parts of Europe (and southern Balkans) as another cold blast spreads across eastern Europe towards the Black Sea region to the east of the building ridge over European continent.

Animation of the pattern change and return of much warmer weather into Europe over the next 7 days:

The overall pattern will flip back to warmer support across the European continent, as deep troughs and depressions take place over the North Atlantic. So, to its east, an extensive upper-level ridge builds up this weekend and strengthens next week. Becoming a classic omega blocking pattern setup. 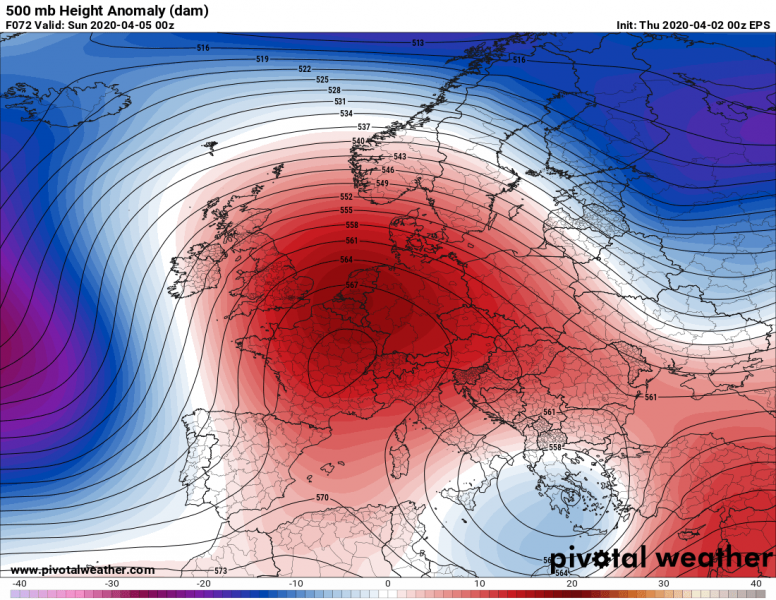 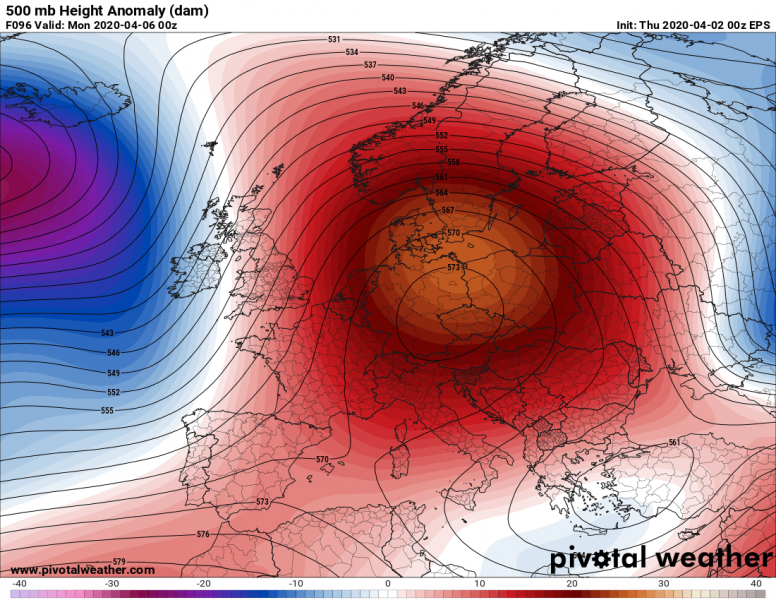 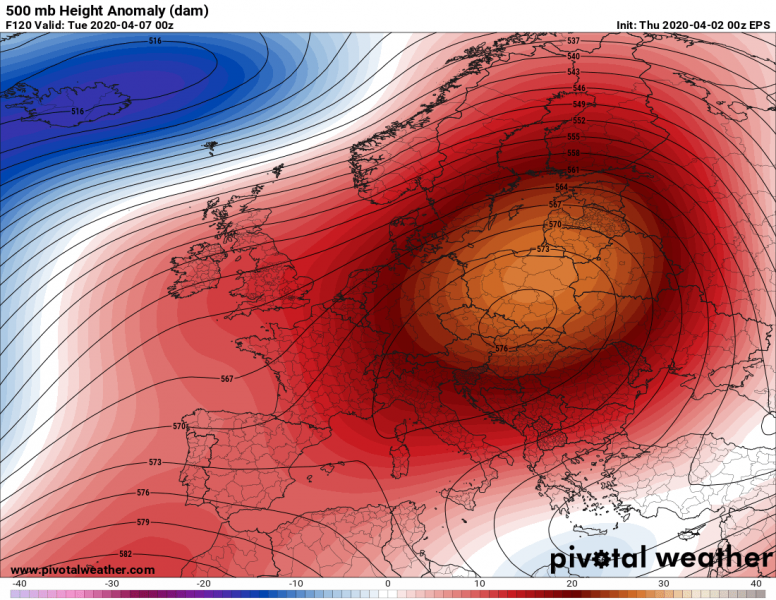 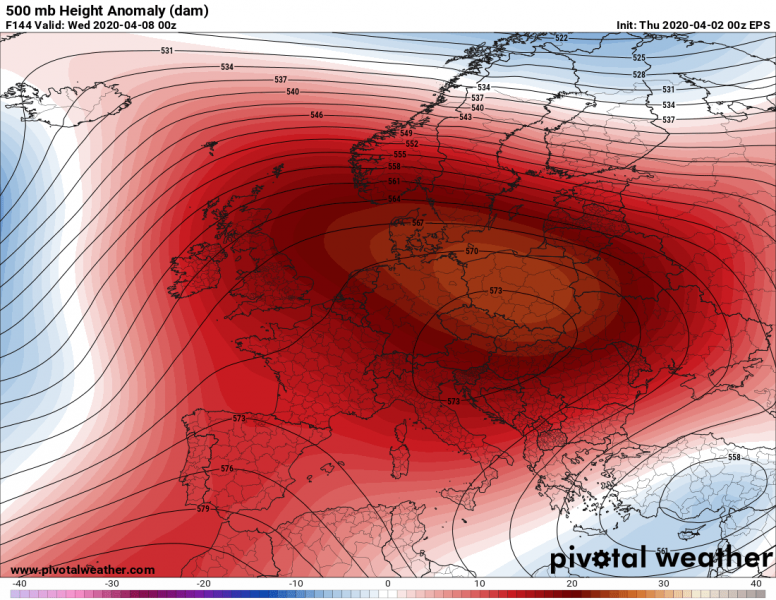 A strong warm advection between the two large scale features will develop across the western half of Europe first, expanding into central and northern parts next week. Related to the strengthening southerly jet stream between a deep North Atlantic cyclone and building ridge over European continent, much warmer weather spreads across west-southwest Europe on Sunday. It continues expanding further north and east through early next week, while the upper ridge and surface high-pressure system are strengthening. There will be another cold outbreak across east-southeast Europe over the weekend, but should gradually vanish early next week. The warmth maintains over the west of Europe. 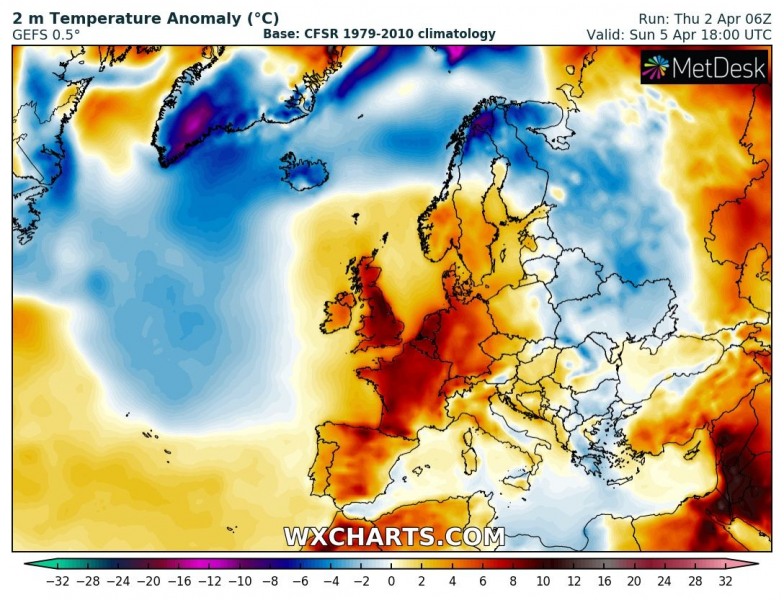 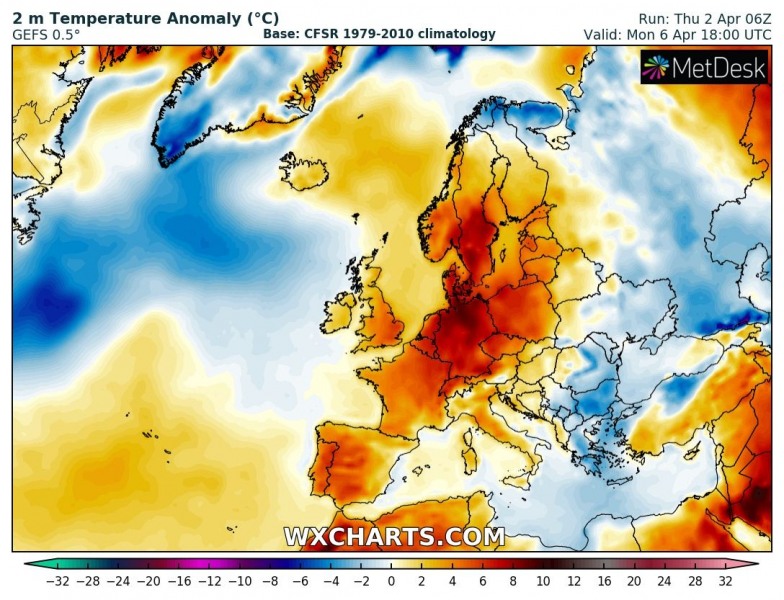 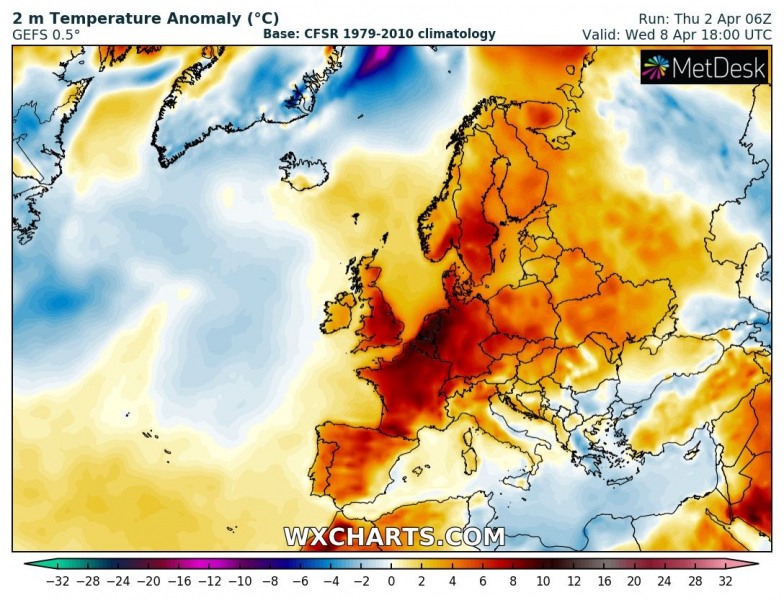 This pattern change will finally end of this dangerous period with damaging morning frosts ongoing this week. A much warmer weather will indeed bring spring time afternoon temperatures, exceeding 20 °C in many areas. Even higher than 25 °C is possible in some areas. Attached are peak afternoon tempertures from Sunday through Wednesday across west-central and southern Europe. We can also see the southern Balkans will have rather cold days until the cold pool maintains over there: 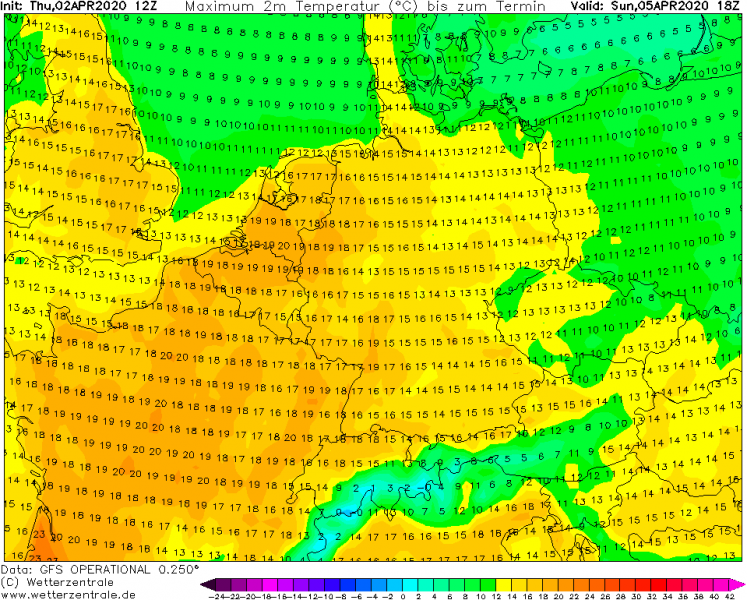 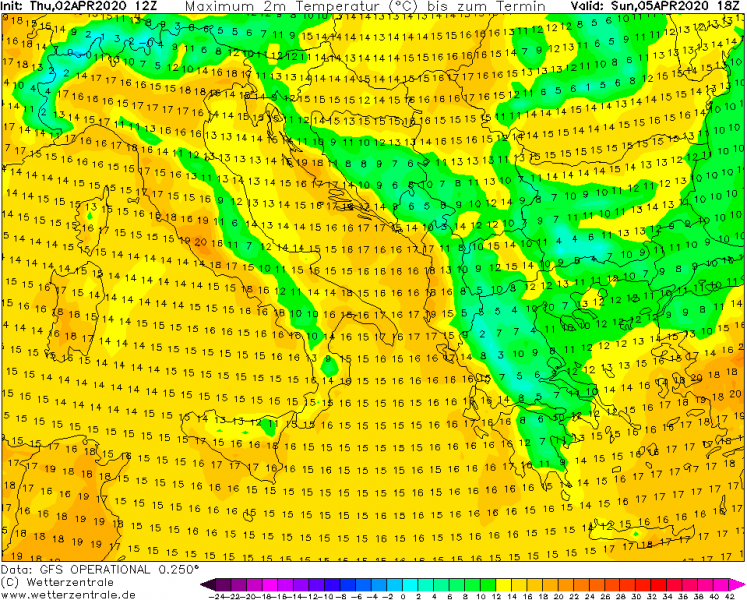 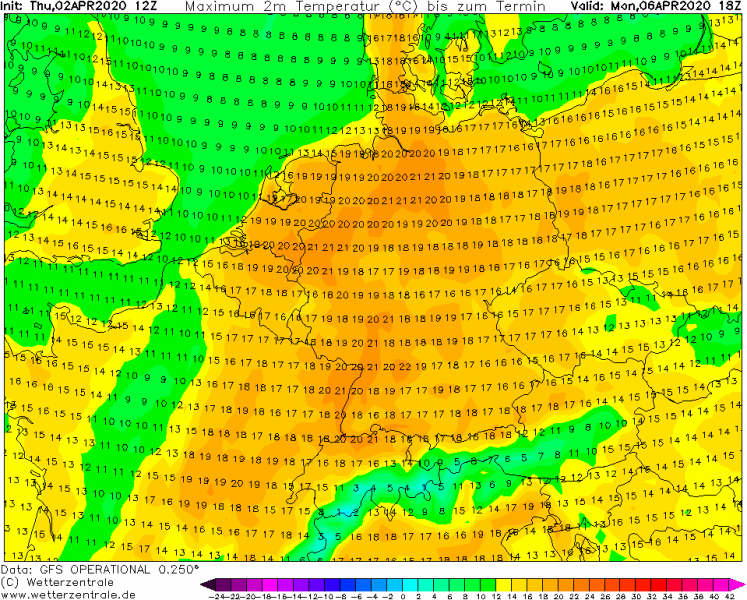 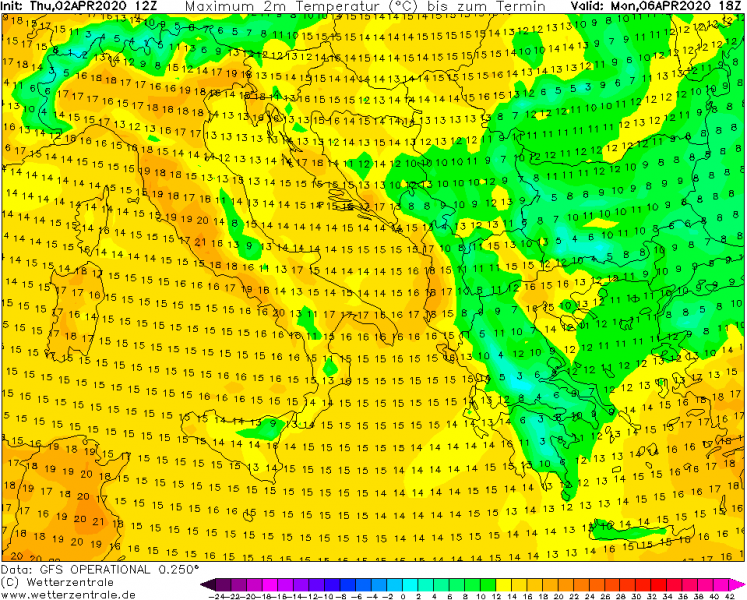 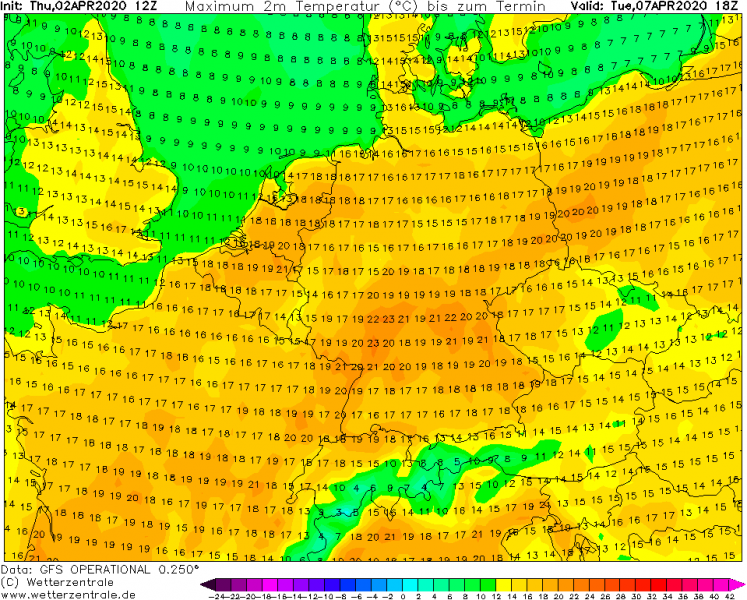 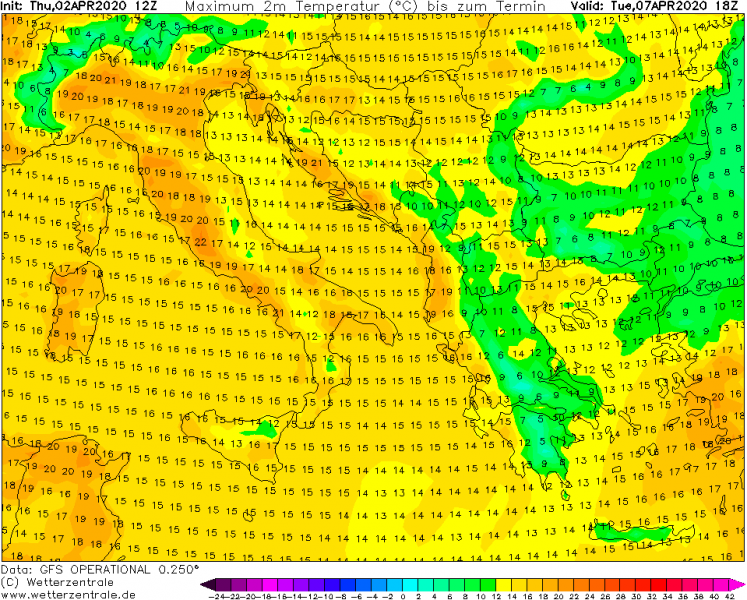 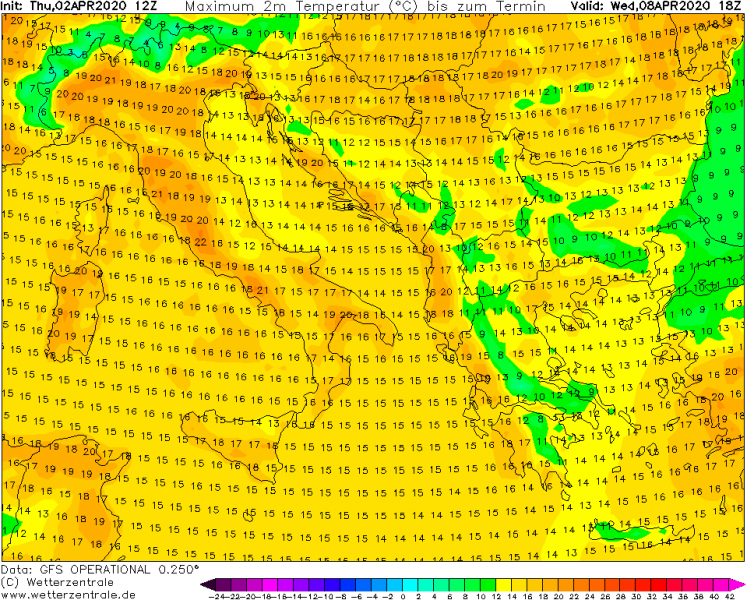 Here are the long-range meteograms for London (S England), München (S Germany) and Oslo (S Norway), all revealing the next week will be much warmer than normal for early April. 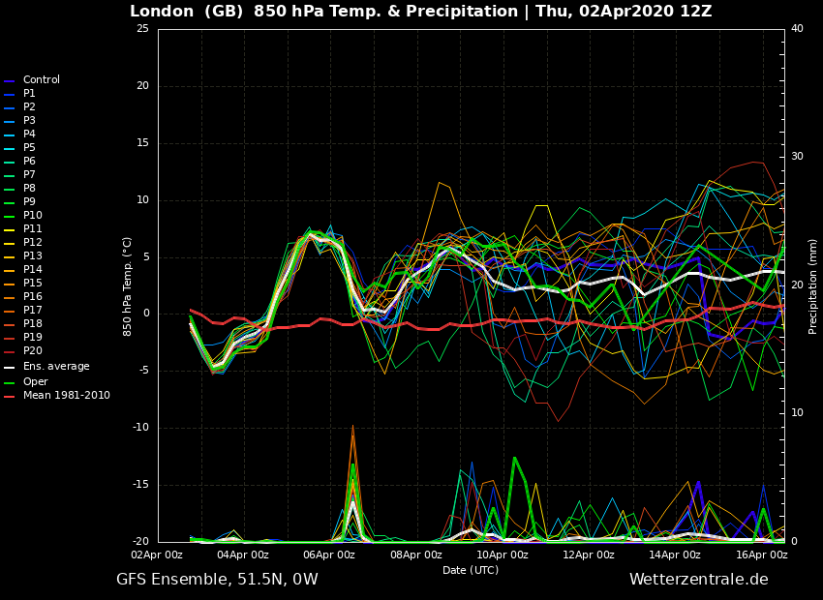 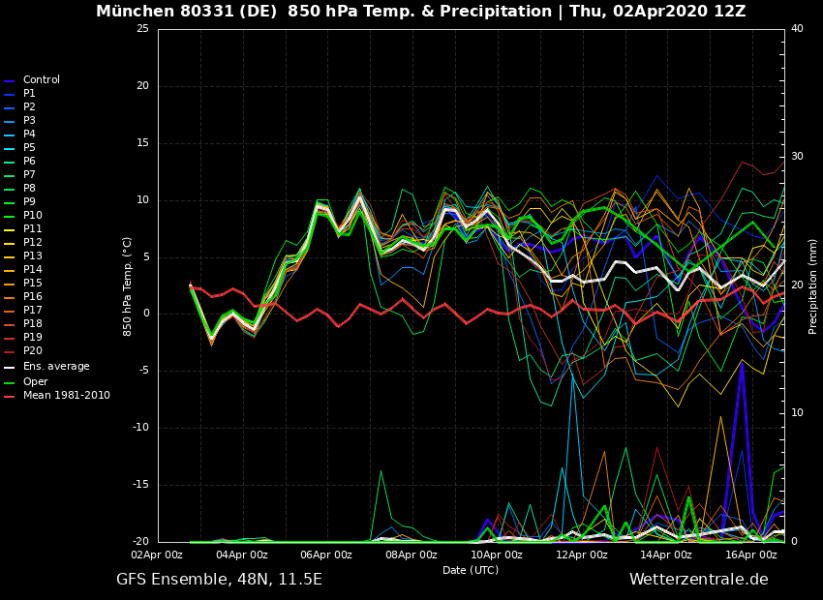 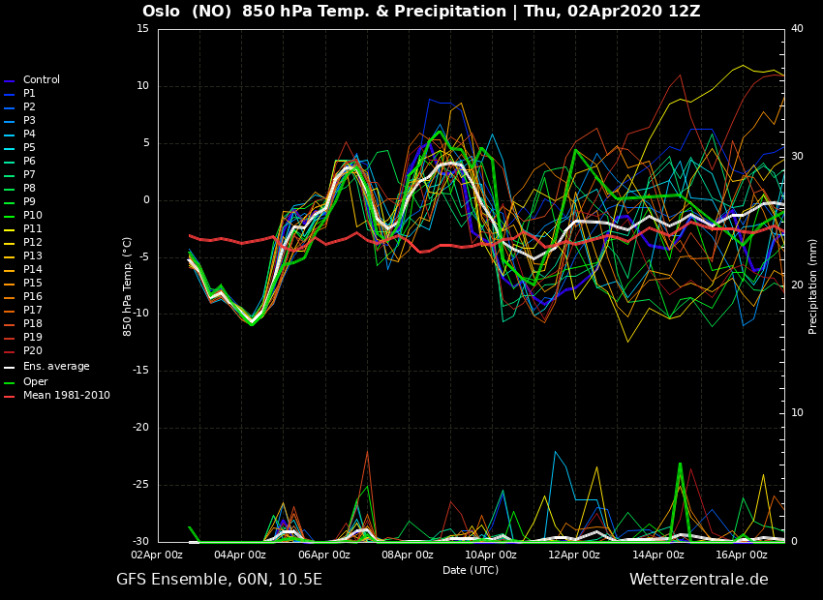 Enjoy the warmer weather. It will likely remain relatively dry across most of Europe through the first half of April, as the upper ridge is likely to persist for a longer period. Stay tuned for updates!

See also – There are very cold nights this week, with destructive morning frosts for crops and fruit orchards in some areas: