We have just ended with the intense typhoon #Phanfone passing over the Philippines on Christmas day, there is another potentially dangerous tropical system developing – a tropical cyclone #Sarai, moving towards Fiji. Potential exists cyclone would bring dangerous flooding, storm surge and winds into the island in the coming days! Tropical Cyclone #Sarai a very large cyclone, located NW of Fiji and is already battering the island with torrential rainfall.

Satellite imagery is revealing quite an impressive explosive deep convection around the virtual center with a well-defined upper-level outflow. Warm seas are fueling the storms within very low shear, supporting further organization of the cylcone. Sarai also has very cold cloud tops as evident by the infrared imagery – below -75 °C. 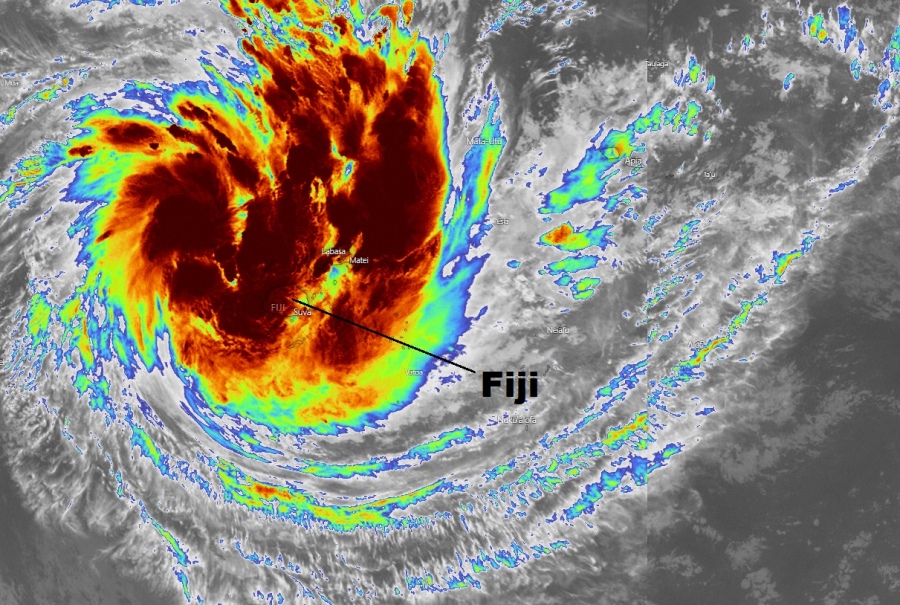 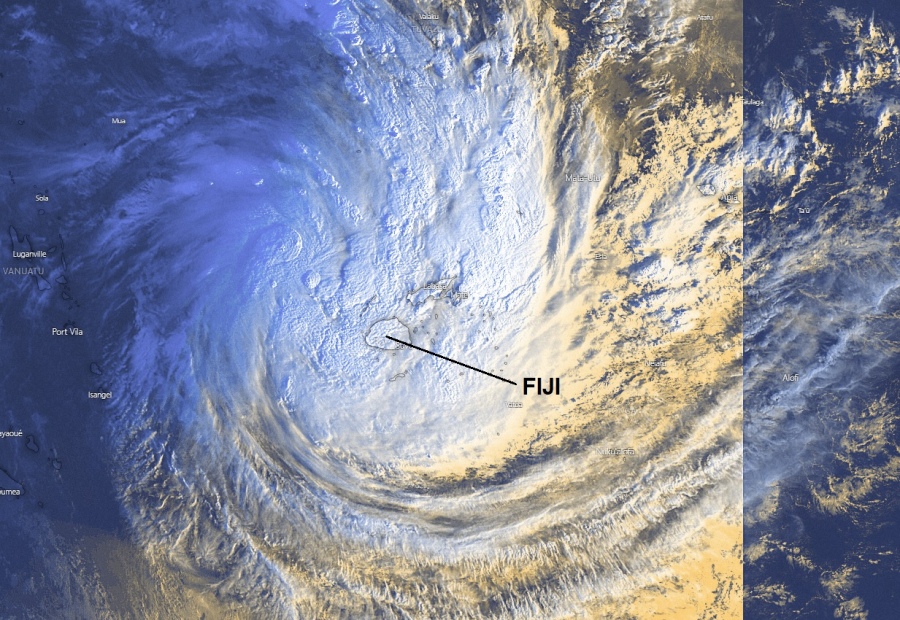 The future track of Sarai should bring it very near the island Fiji, as seen on the official JTWC forecast track. Sarai should intensify into a Category 1 cyclone within the next 36 hours. JTWC track is hinting the potential track will be closer to the ECMWF solution, which is pushing the cyclone very close to Fiji – this would mean severe threat over the island and surroundings. Gradual strengthening is expected in the next several days due to a favorable outflow pattern and warm sea surface temperatures.

Here is the latest ECMWF model guidance regarding Sarai’s position, we can see it would travel very close to Fiji. See below the GFS solution, it tracks the system a bit further away, so Fiji would miss the majority of the cyclone’s strength. 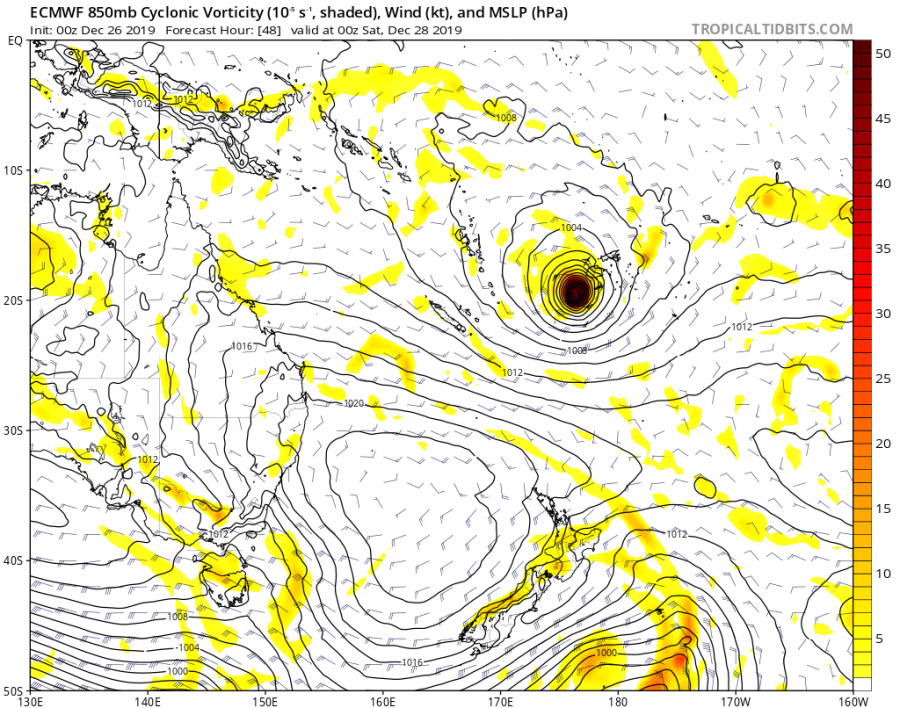 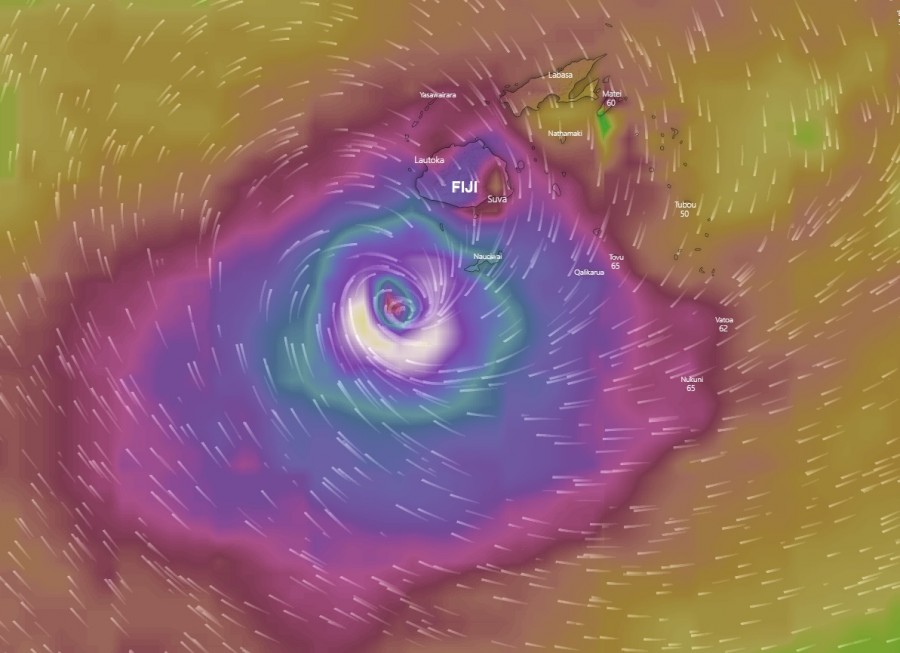 GFS model guidance for tropical cyclone Sarai – this solution would be much better for Fiji as destructive winds would be further away from the land areas. 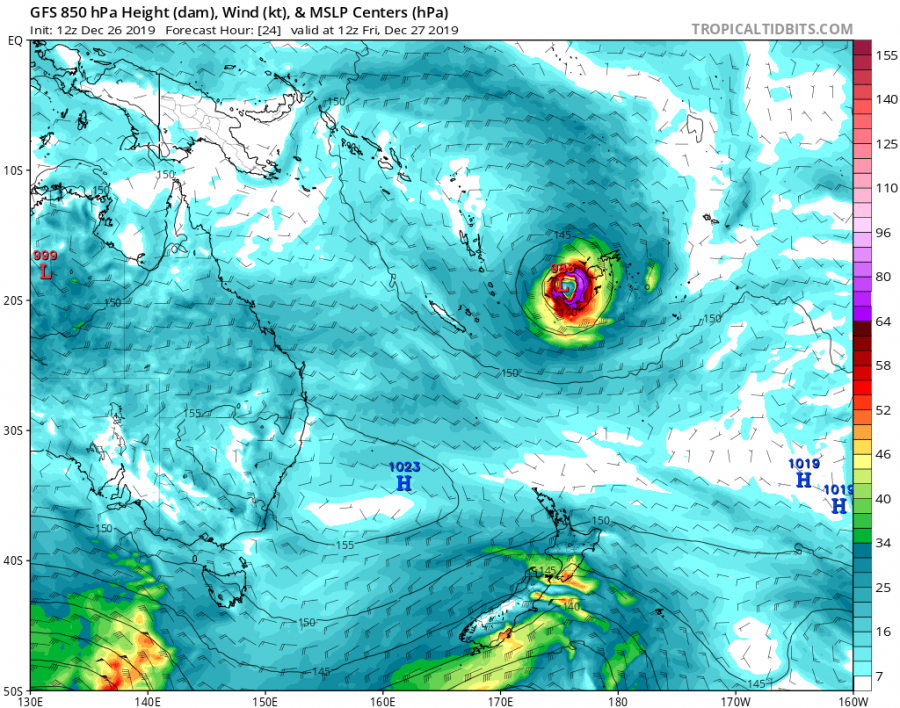 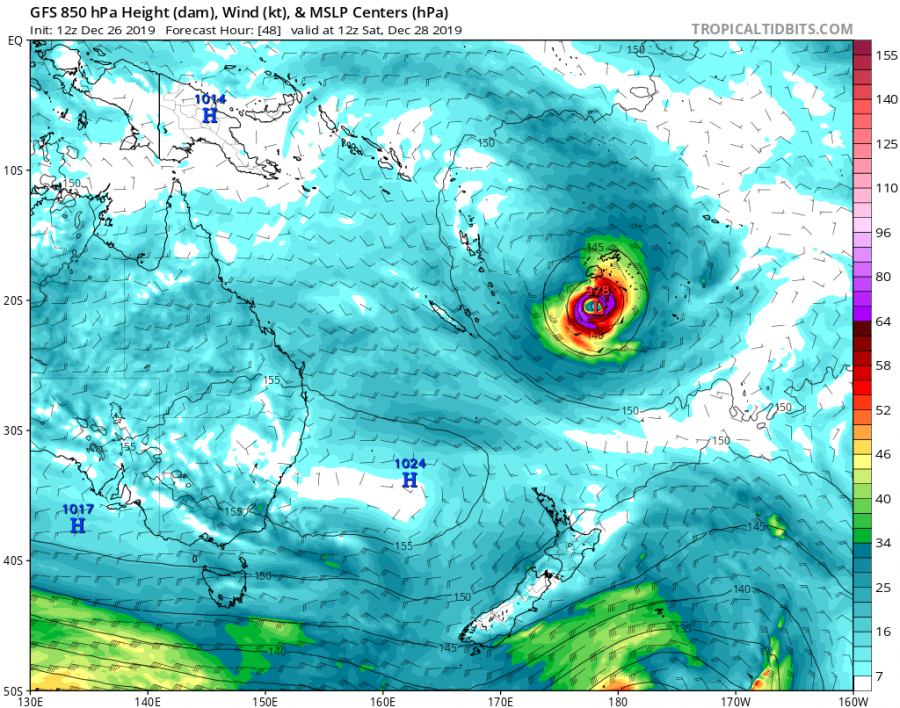 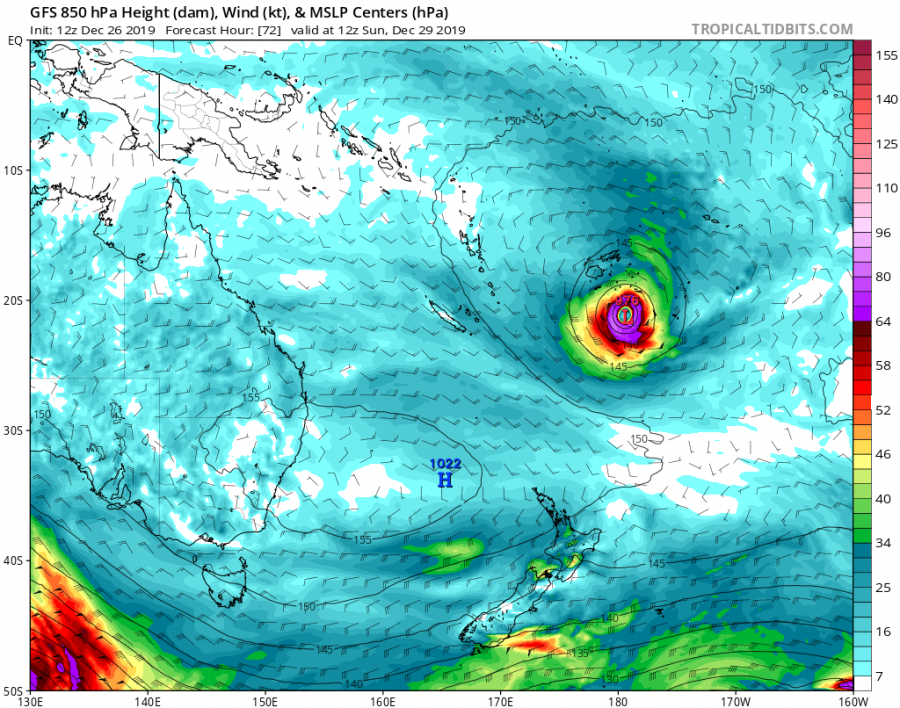 See also – typhoon #Phanfone moved across the Philippines on Christmas: