Some pretty impressive satellite image of #Sarai when its center was due west of Viti Levu this evening local time, some pretty deep convection was ongoing across the NW and SW quadrants is seen. 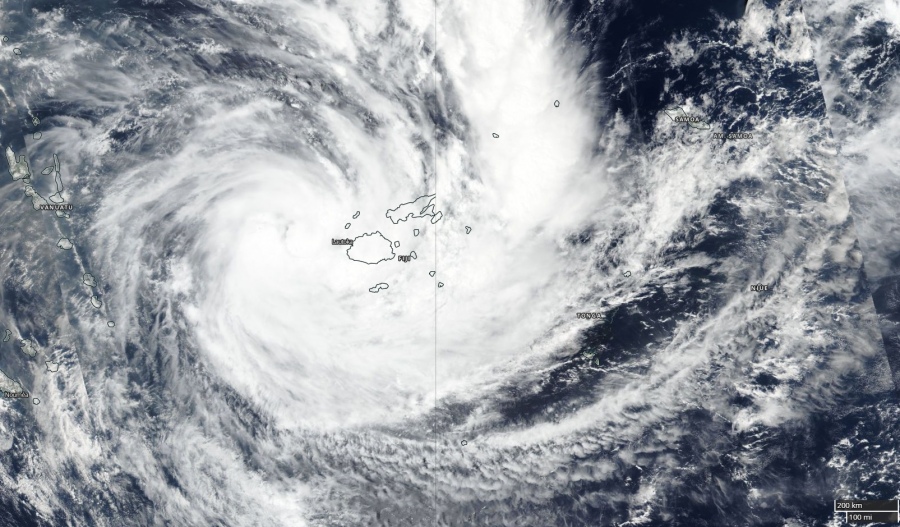 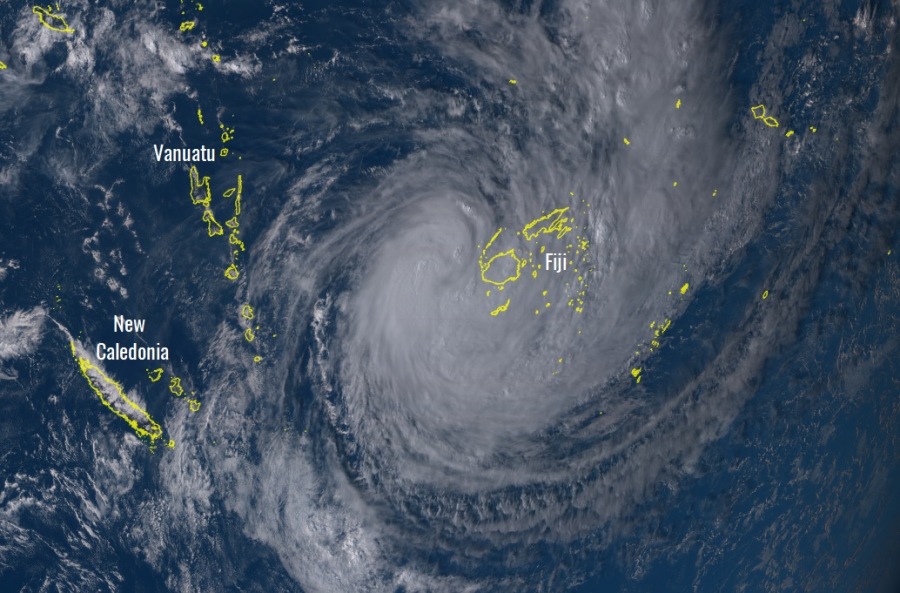 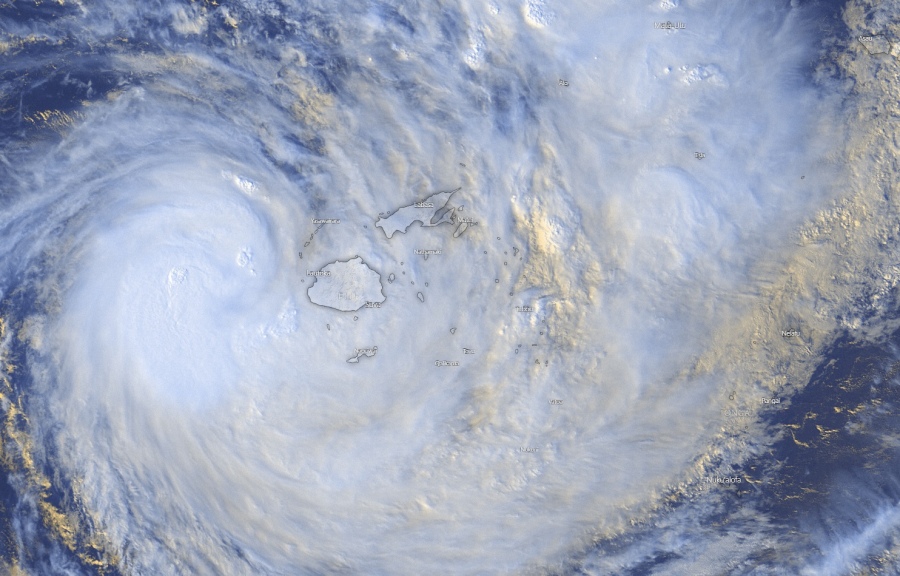 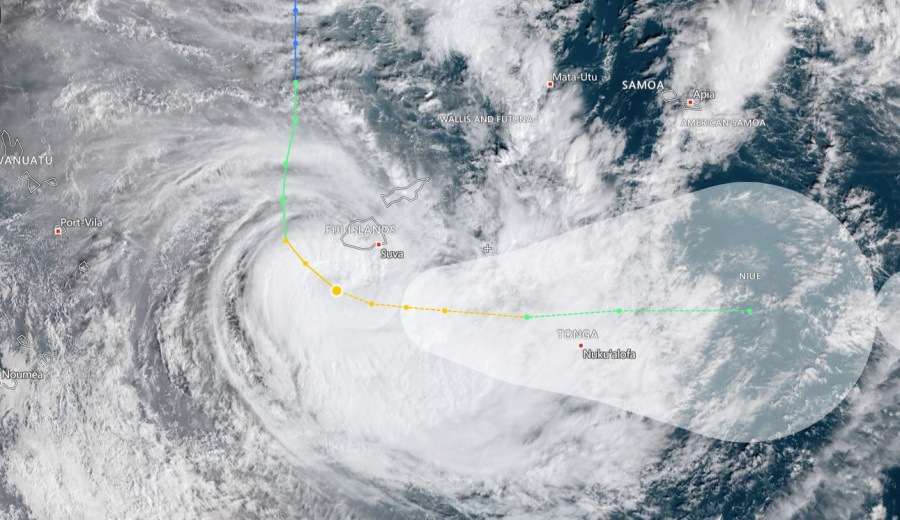 Tropical Cyclone #Sarai is strengthening just to the west of Viti Levu – the largest island of #Fiji in the south Pacific. pic.twitter.com/27D0Eg1ozg

Here is the forecast map of maximum winds as of Saturday, Dec 28th, 12 UTC around Fiji archipelago. We can see very intense winds to the SW of the island Kadavu where the cyclone’s center will be located tomorrow. Severe winds will be expanded across most of the archipelago as well, could be violent gusts higher in the mountains of Viti Levu island. 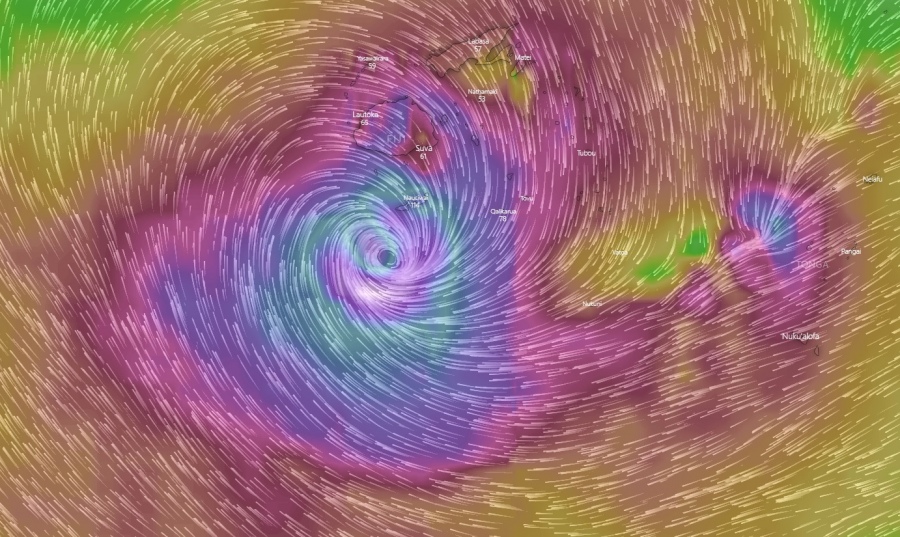 Zoom maps for maximum wind gusts based on the ECMWF model from tonight through Monday. We can see Sarai will be first moving southeast, then turning due east and deepening – could even become a Category 3 Tropical Cyclone tomorrow night local time. Cyclone’s center will be moving just shy south of Kadavu island overnight to Sunday. 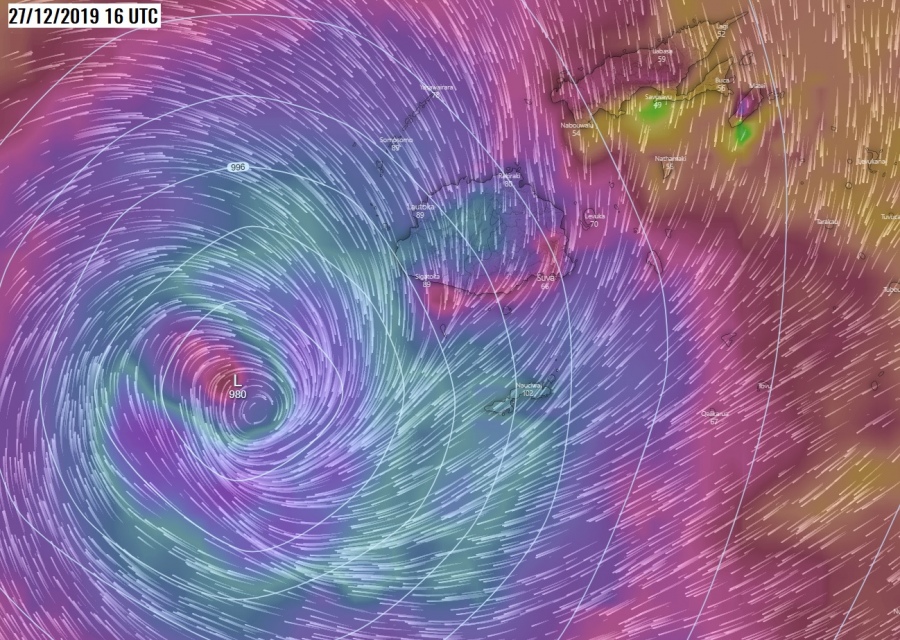 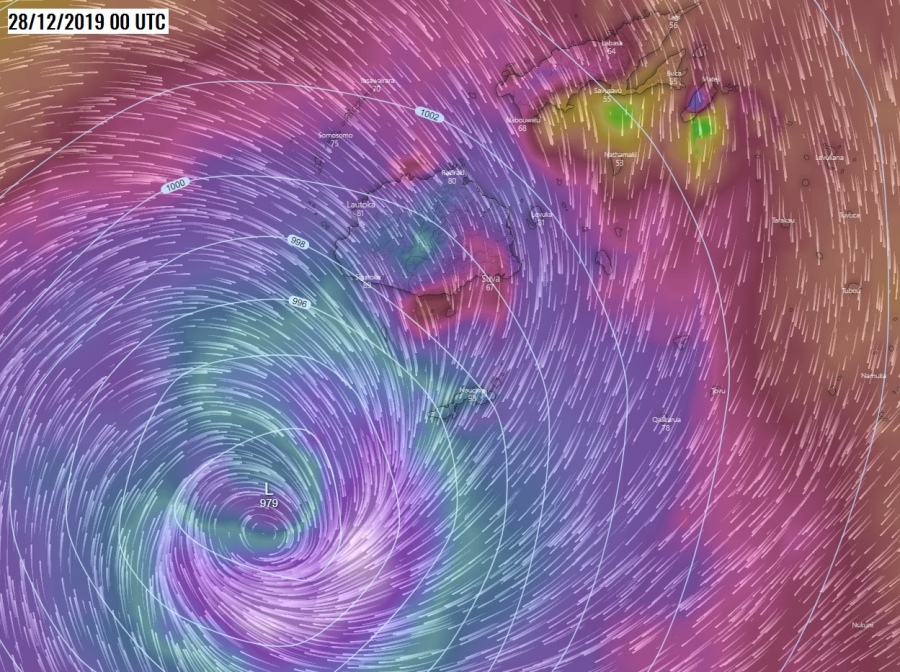 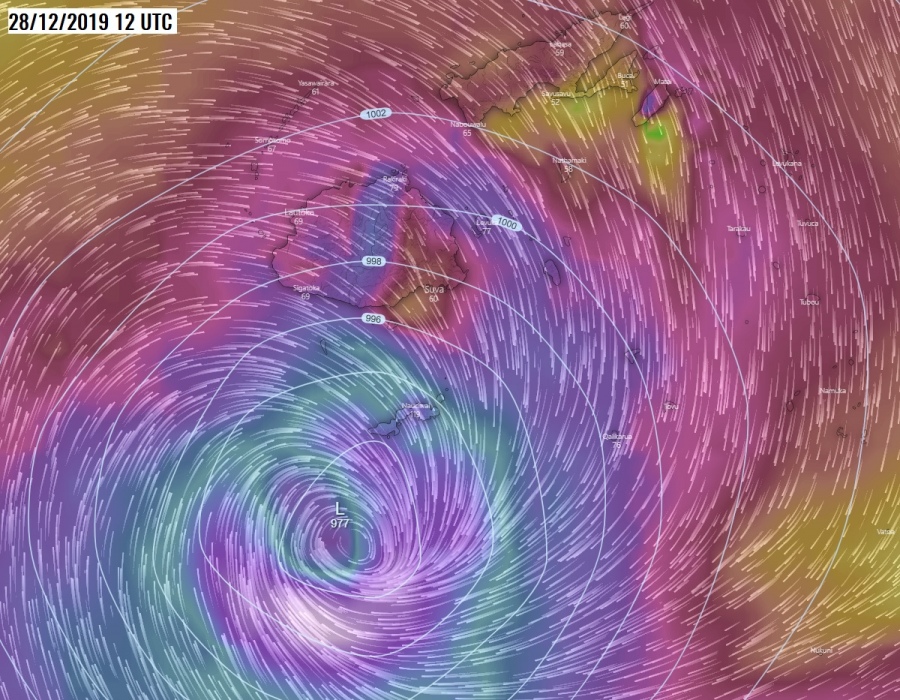 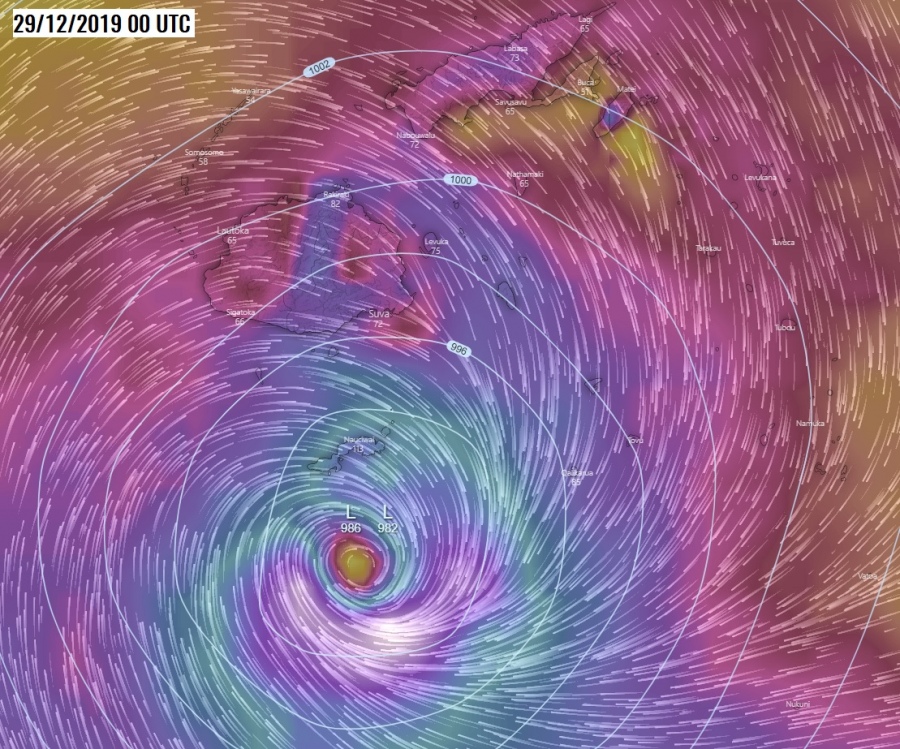 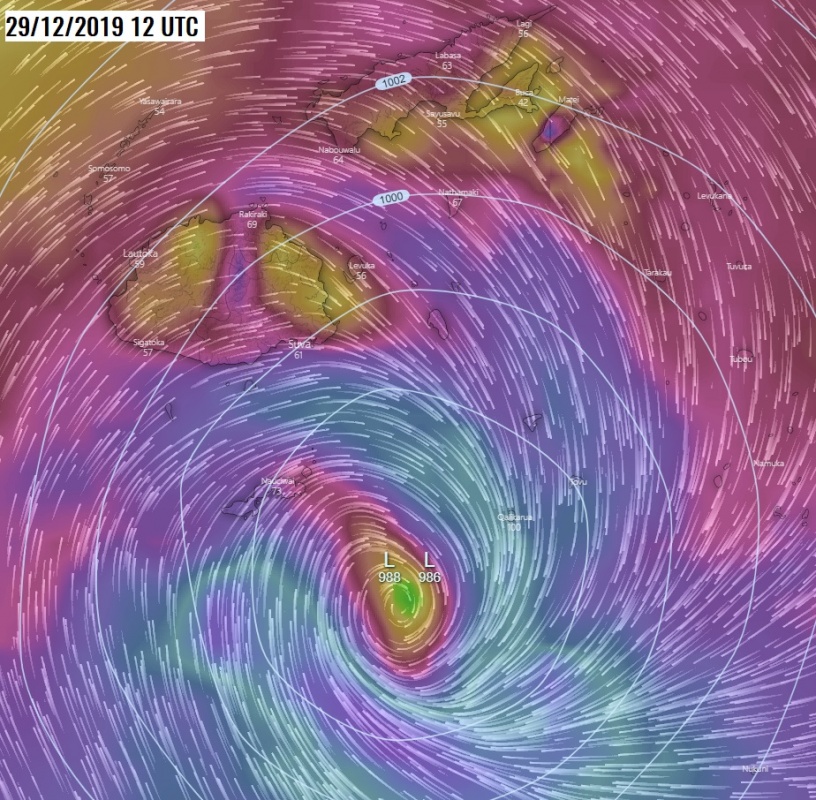 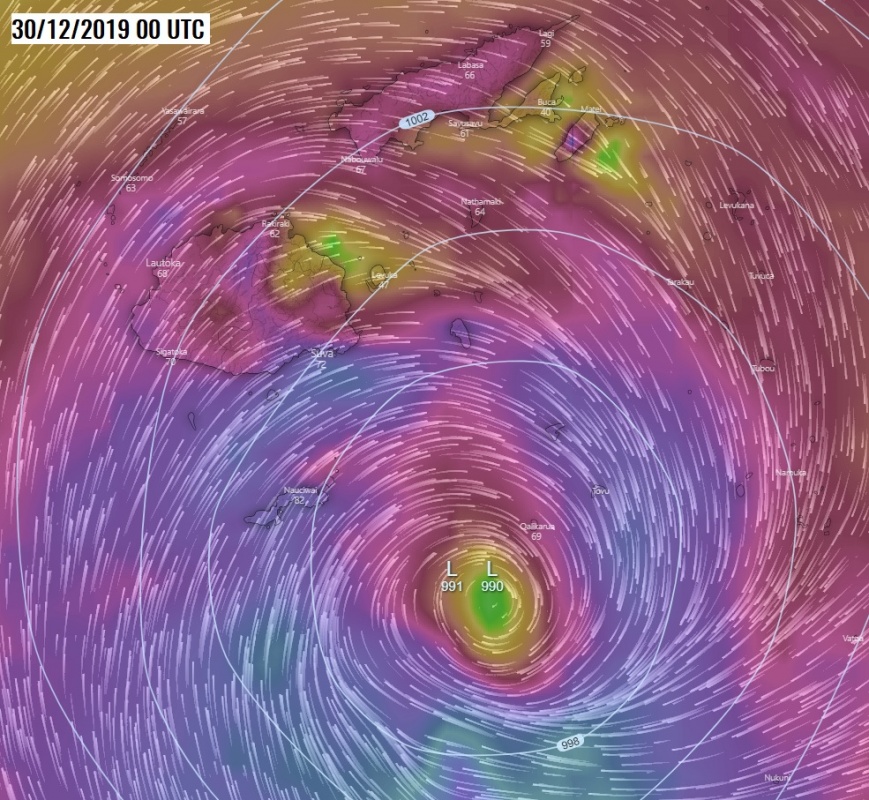 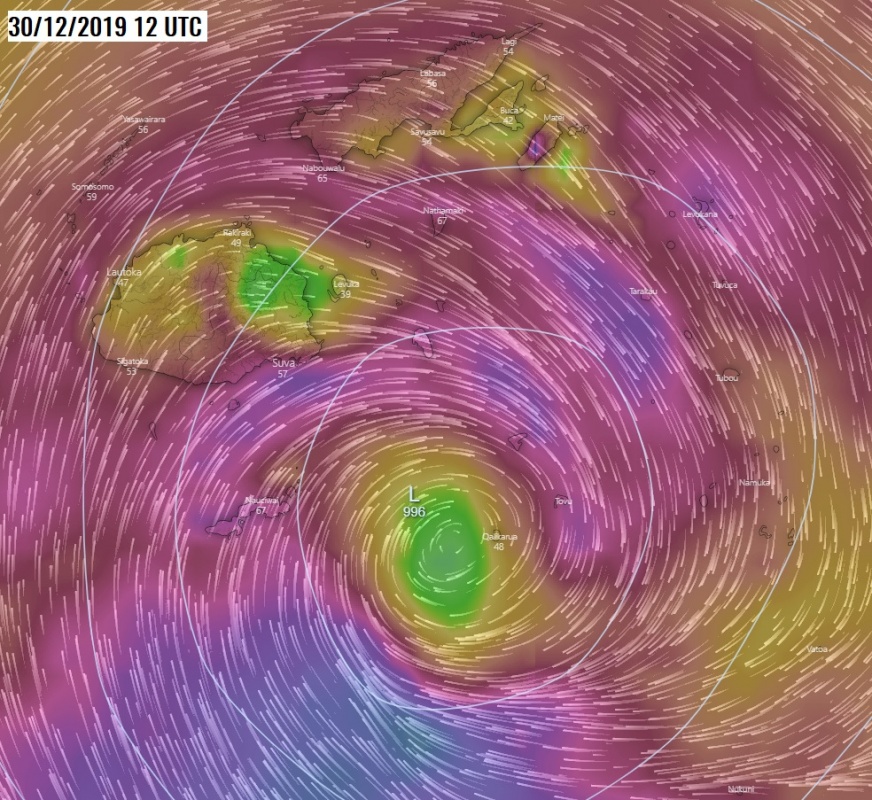 Fiji’s meteorological office has issued a heavy rainfall warning for flash floods, based on the expected high amounts of rainfall through the coming days. Local significant flooding and landslides are expected! Some areas on Viti Levu could receive more than 250 mm of rain, while the highest amounts of rain (close to 700 mm) is expected further south near the cyclone’s center. 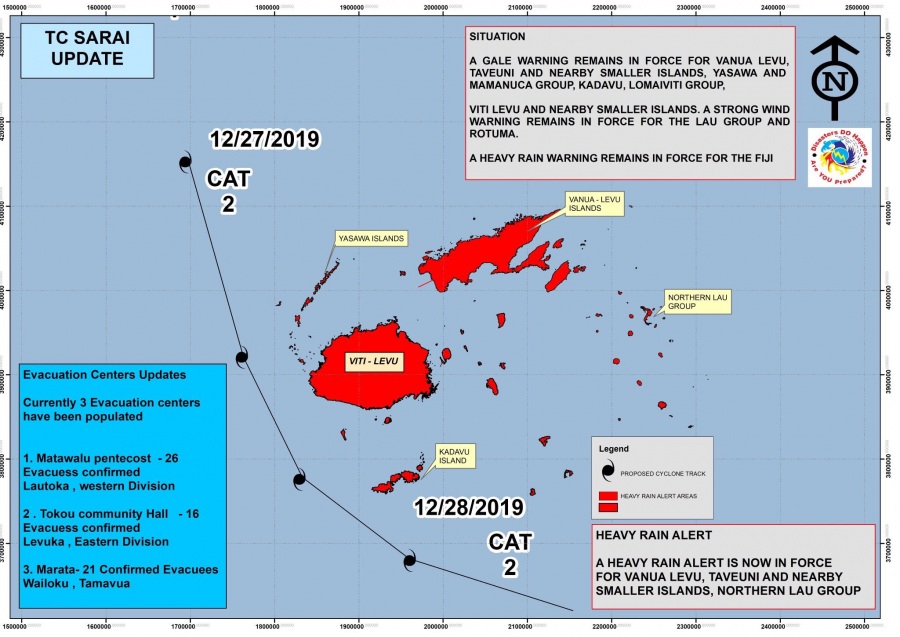 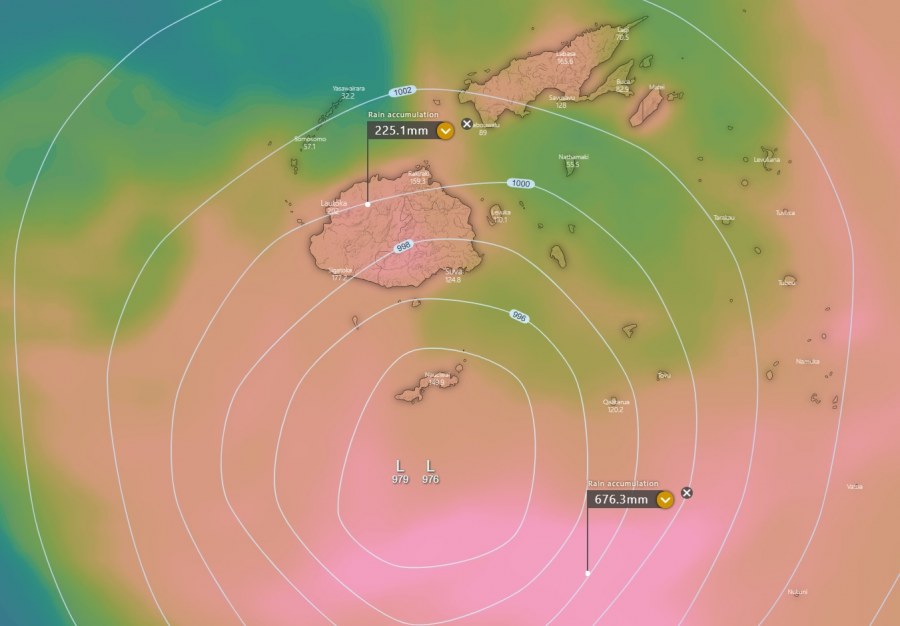 As mentioned above, Sarai is still moving south-southeast today but is expected to turn east after tomorrow, traveling with its center just south of the archipelago. The potential is increasing Sarai could be upgraded into a Category 3 cyclone with maximum sustained winds of 65-70 knots / 75-80 mph. Ocean Heat Content (OHC) map reveals there is some good ocean fuel for further maintaining deep convection of Sarai, as sea temperatures remain around 27-28 °C, although deep-layer shear will be in an increase in the coming days. This will affect the cyclone to begin weakening. 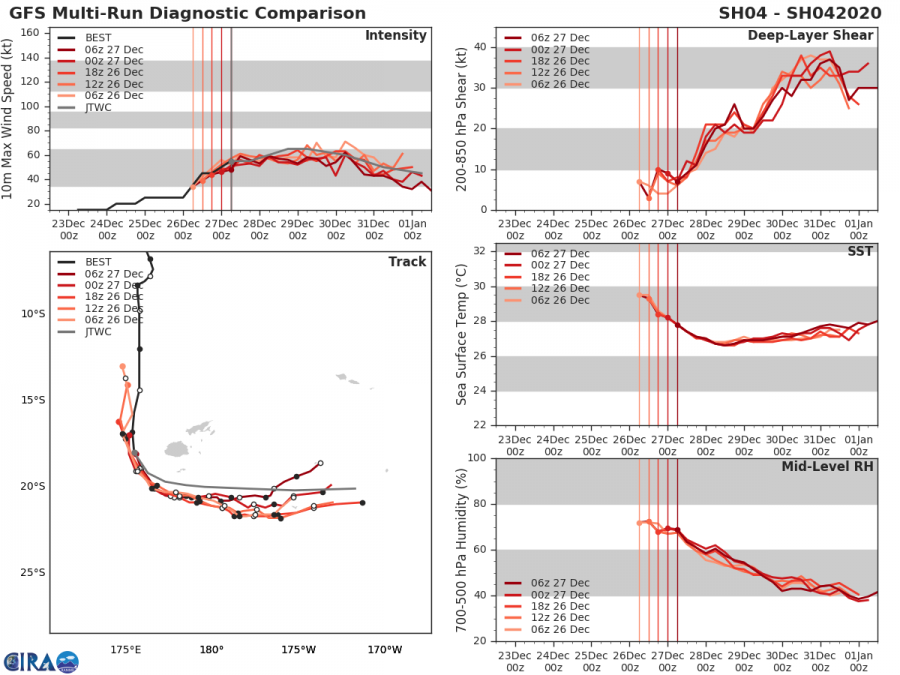 ECMWF model guidance for Sarai’s track around Fiji archipelago – notice the cyclone actually goes around Fiji and retreats back west early next week.