Tropical Cyclone #Sarai has been steadily intensifying today as is now still a strong Category 2 cyclone, packing winds of 65-70 knots relying on Dvorak estimates. Based on the Australia & South Pacific TC classification, Sarai is close to borderline for a Severe Tropical Cyclone Category 3 (threshold 64–72 knots of maximum 10-min sustained winds). Cyclone continues pounding the Fiji archipelago and is expected to slowly drift east through the next 48 hours when it finally weakens.

Satellite imagery reveals a still very healthy structure and especially upper-level outflow ventilation of the cyclone, while microwave channels indicated a closed eyewall, meaning the system is quite intense! Cloud tops are still close to -75 °C. 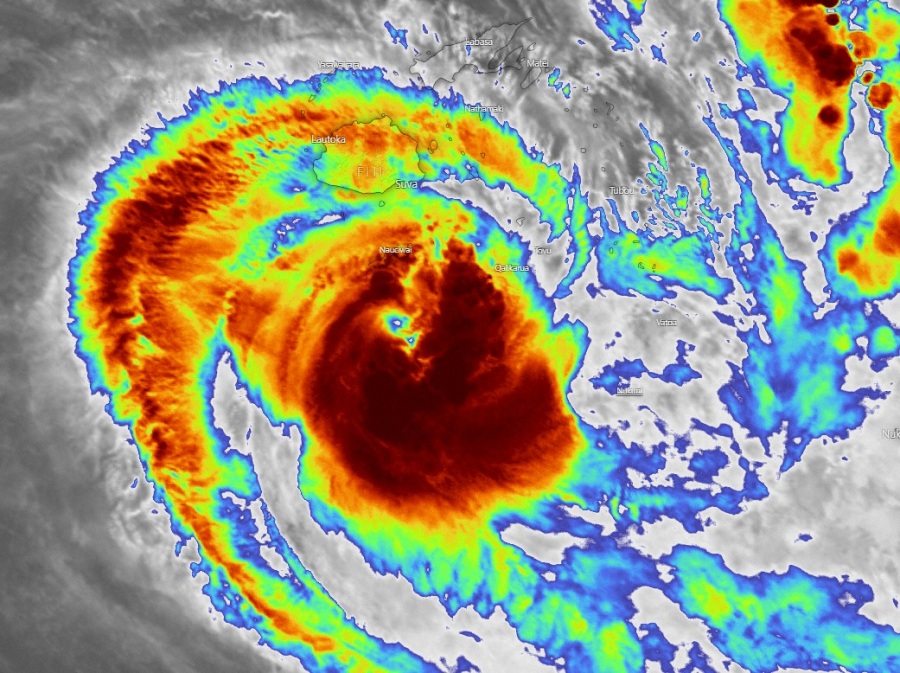 The large eye and an intense eyewall are well visible both of Fiji’s radar and satellite images:

Advanced Dvorak Technique (ADT) indicates Tropical Cyclone #Sarai has been steadily intensifying today into a strong Category 2 cyclone and is now a bordeline to a Severe Tropical Cyclone. The 50-knot wind radii is expanding 50-60 miles around the center, while there is also 20-30 miles wind radii of 64-knot winds around the center now. Undoubtedly, Sarai is a powerful cyclone!

Nearly 2,000 people took refuge in emergency shelters and one man was missing after being swept away in floodwaters as Tropical Cyclone #Sarai pounded Fiji causing widespread damage.https://t.co/C4ZTXkhPVA

The Sarai’s future behavior remains on track with the previous guidance, it is now moving due east as a powerful cyclone. The intense rainfall and severe winds is expected to remain over much of the archipelago. 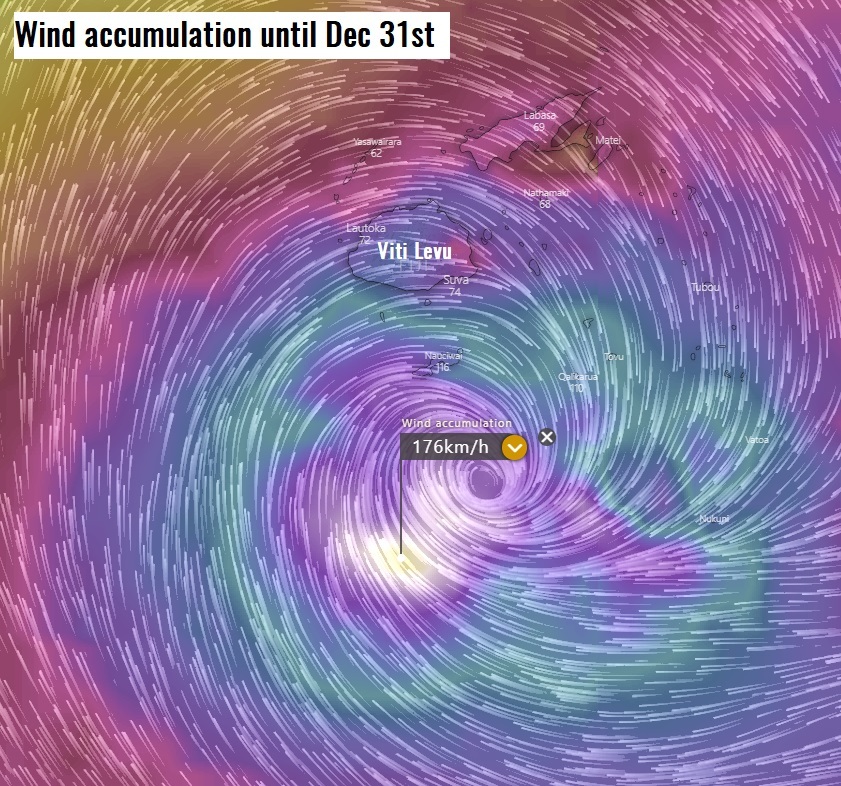 Stay alert for life-threatening conditions. We are closely monitoring Sarai’s evolution and will keep you updated!