The last cold outbreak of the year 2019 is here – A temporal cold blast expected this weekend is already spreading across eastern Europe and the Balkan peninsula, resulting in much colder temperatures than experienced lately. Although the cold pool will be just temporal – it should be completed by the end of December, it will bring quite a good amount of snow in some areas. Much colder airmass will also spread across south-central Mediterranean and North Africa after Sunday.

This evening’s mean sea-level pressure, temperature and wind chill temperature analysis across Europe indicates an impressive high-pressure system dominating most of Europe, with a surface cyclone located on its eastern flank, centered over western Russia and eastern Ukraine. Is it gradually moving south towards the Black Sea region. In between these large-scale systems, meridional northerly flow is establishing and starting an advection of cold air mass from Scandinavia (around -20 °C) and NW Russia across eastern Europe towards the Balkan peninsula. Some winds are locally helping the temperature feel (windchill – refer to the map below) to be even stronger. 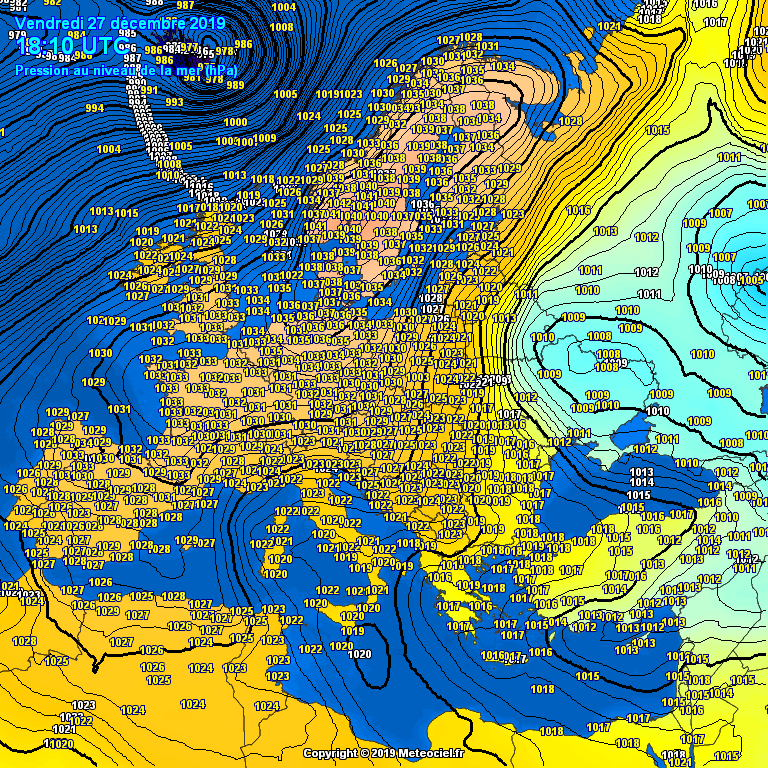 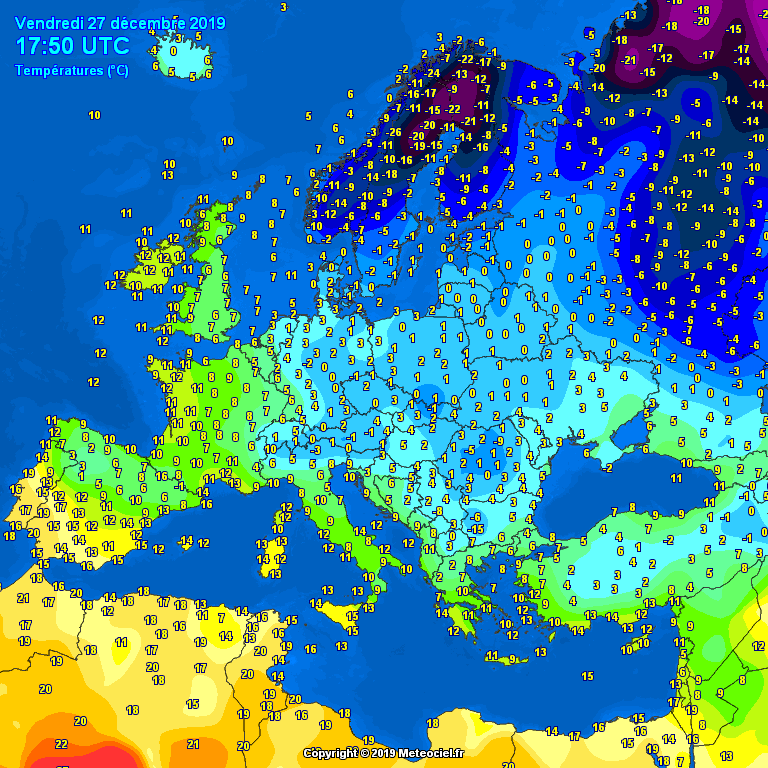 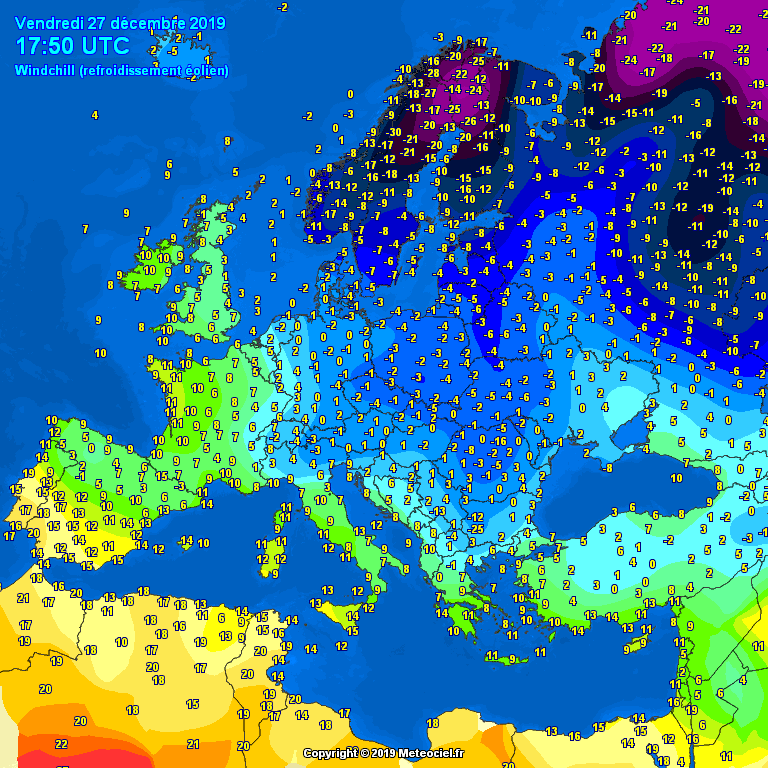 The developing pattern this weekend consists of a powerful blocking high across western and northern Europe with a deep cold-core across the SE Europe. On Monday, the ridge drifts more towards central Europe and pushes the upper low further south into the southern Mediterranean and North Africa. 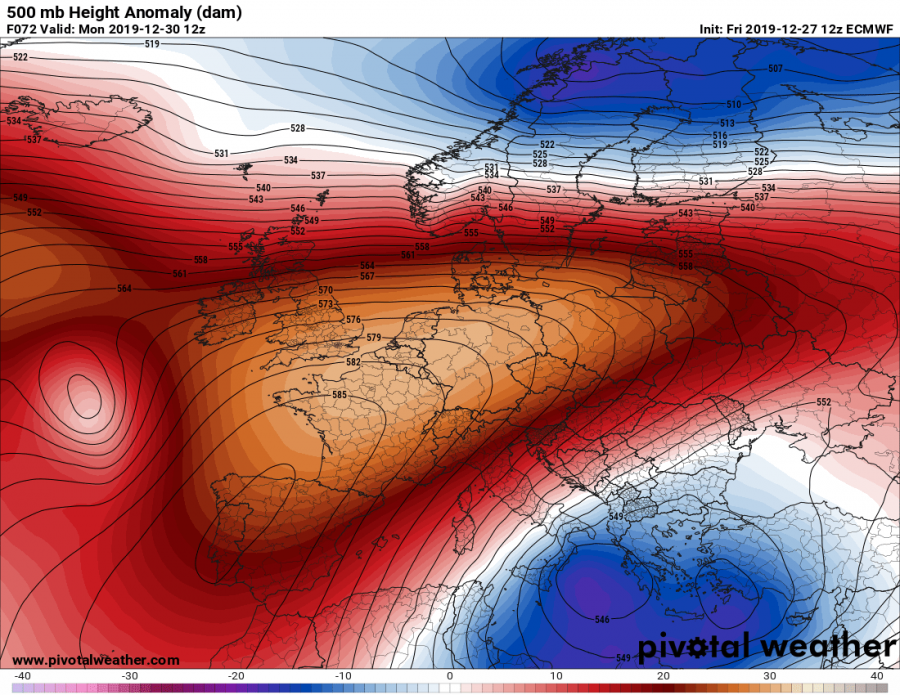 As we can see on the 850 mbar temperature anomaly, a rather strong cold advection starts tonight, increasing over the weekend towards the Balkan peninsula and central Mediterranean. Notice the strongly positive temperature anomaly under the west European ridge. On Monday, when ridge pushes more east-southeast, a southwards drifting upper low begins weakening the cold advection over the Balkans while much colder weather spreads across south Mediterranean and North Africa (Tunisia and Libya). 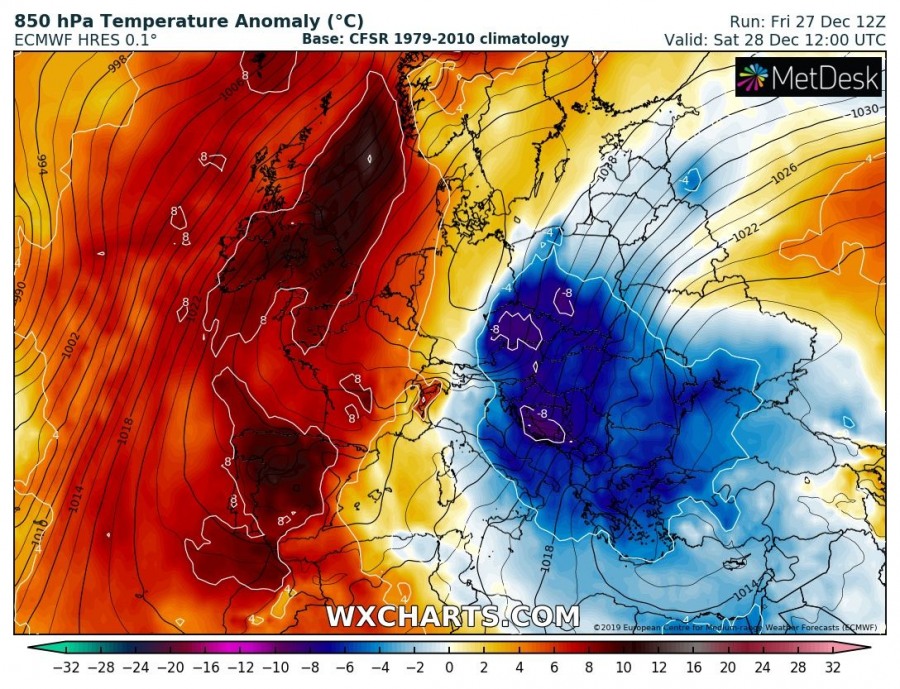 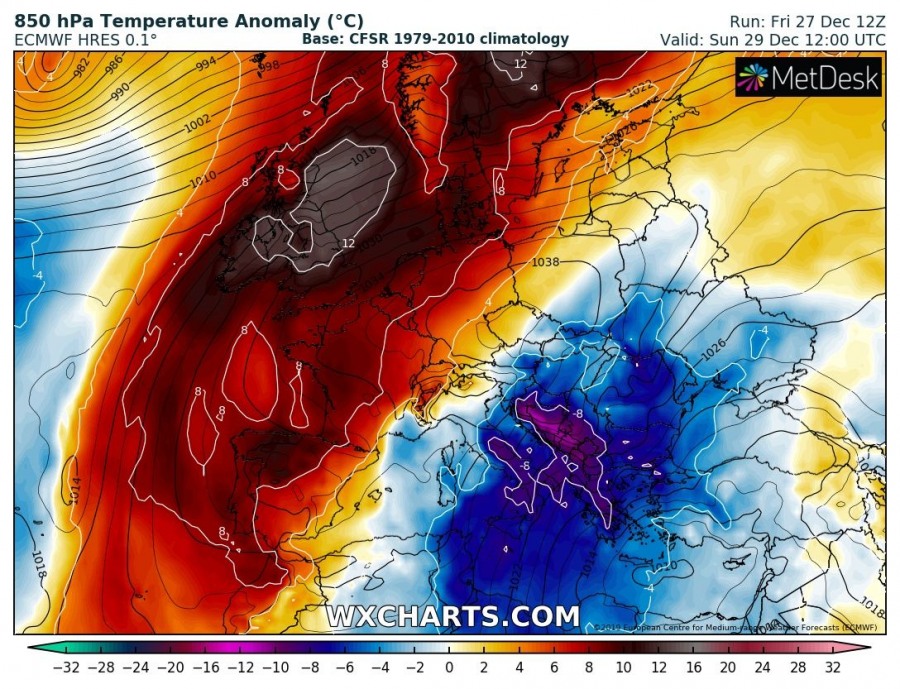 This pattern will also produce quite some snow across Scandinavia and the eastern half of Europe, especially where the orographic features will be maximized – the mountain chain across western Norway, the northern Alps, the Carpathians, the eastern Dynaric chain and east-central Turkey. 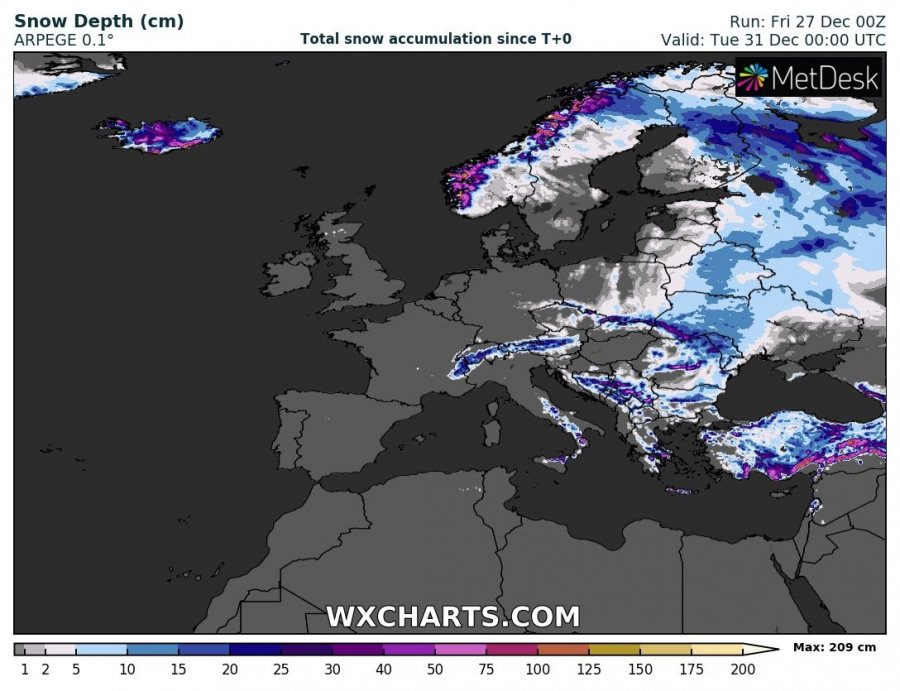 Stay tuned for further updates over the weekend.