As windstorm Xaver bears down on northern Europe, we take a look at windstorm Christian (or St Jude in the UK), which made headlines back in October as being the worst extratropical cyclone to hit Europe since cyclone Kyrill in 2007. With reports from across the affected area now gathered, a clear picture has emerged of just how strong cyclone Christian actually was.

Christian affected the United Kingdom, France, Belgium, the Netherlands, Germany, Denmark, Latvia, Estonia, Sweden and Russia. It began its trek over the affected areas on Sunday, October 27, hitting the southern UK. It then tracked northeastwards across the English Channel over northern France, Benelux, northern Germany, Denmark and Sweden and by late October 28 was already over the Baltic states. It entered Russia on October 29 and then slowly dissipated.

The most damaging aspect of Christian was its severe winds. Peak recorded wind gusts reached 194 km/h. The minimum pressure measured in windstorm Christian was 960 mbar. This is considerably lower than in windstorm Kyrill in 2007 (964.2 mbar), but higher than the Great storm of 1987 (953 mbar).

The windstorm caused major logistical disruptions. At Heathrow airport, 130 flights were cancelled. KLM, the Dutch national airline cancelled 42 flights from Schiphol airport. Train services were disrupted in Belgium, Denmark, France, Netherlands, Sweden and the United Kingdom. Significant logistical distrubances also occured over sea. Numerous ferry services in the English Channel and on the coast of the Baltic sea cancelled sailings on October 28. Several container vessels lost part of their cargo, most notably the Maersk Salina, which lost 45 containers off the coast of Brittany. Also, around a hundred people were evacuated from the Siri oil platform in the North sea.

Major damage was reported from nearly every affected country, with estimates of damage being comparable to windstorm Kyrill in 2007.

As of today, 17 fatalities and 1 missing person were reported: 4 in the UK with one more missing, 1 in France, 3 in the Netherlands, 2 in Denmark and 8 in Germany. Most victims died due to falling trees or being swept out to sea. 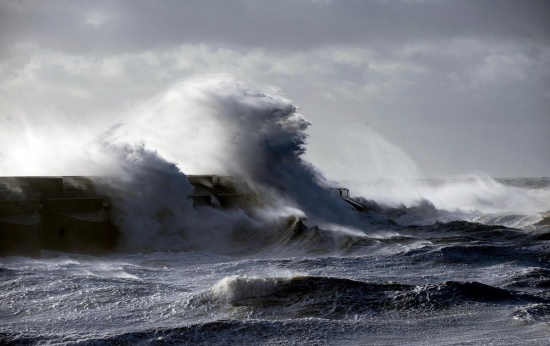 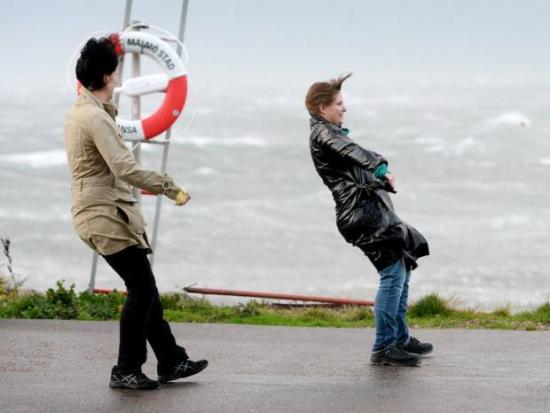