A number of tornadoes hit the western edge of the Po valley, north Italy today, between Bologna and Modena. Conditions were not particularly favourable for tornadic supercells with relatively low shear in place, overlapping with up to ~700 J/kg MLCAPE and strong QG forcing. Storm initiation began near Bologna on the dryline (south), OFB from storms in the north earlier (north) and sea breeze (east) triple point. Two storm cells developed producing numerous tornadoes. Later a third supercell developed further NE in the Po river delta, developing a possible funnel cloud, but no tornadoes have been reported with this one (so far). 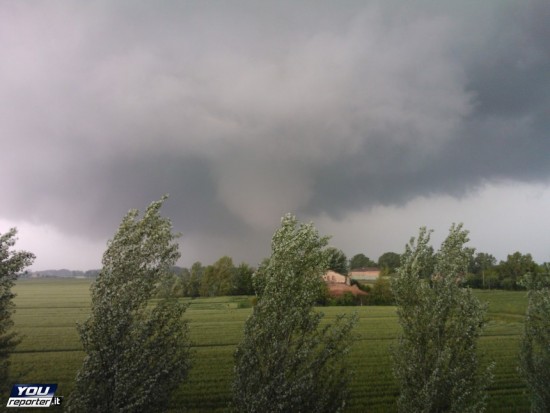 Nonantola tornado at its strongest. 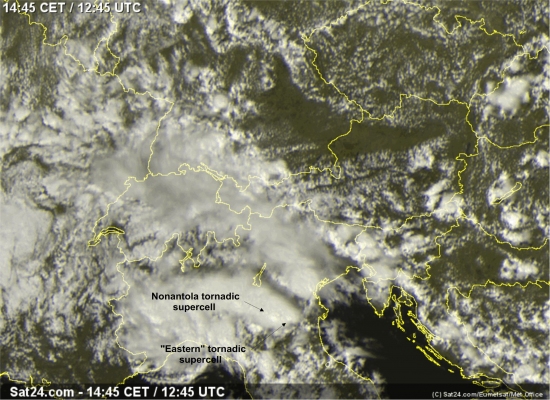 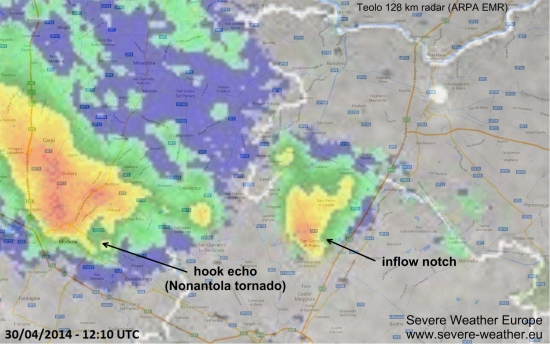 The stronger western cell quickly developed a hook echo on the radar. A tornado formed near Castelfranco Emilia, tracking NE. It soon strengthened into a wide cone with impressive and fast rotation of the entire low level mesocyclone. The tornado appears to have been at its most impressive around Nonantola. No ground track length analysis or damage ratings are available at this time. 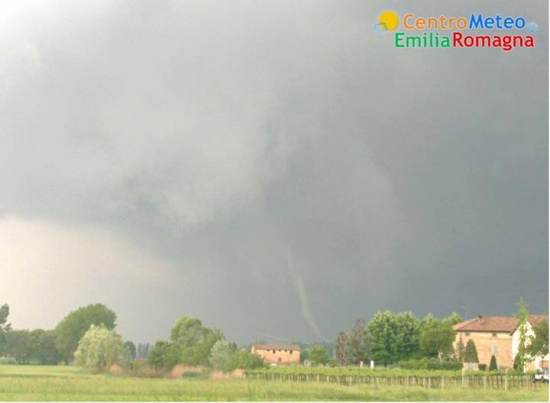 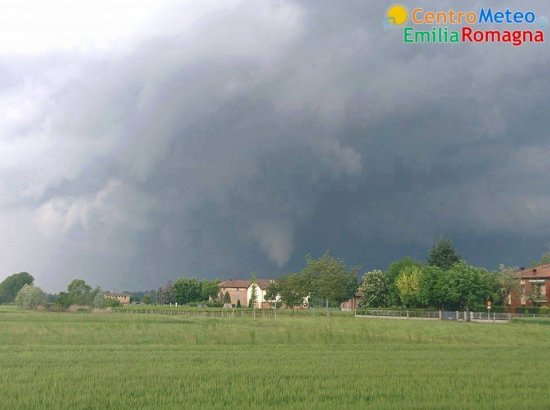 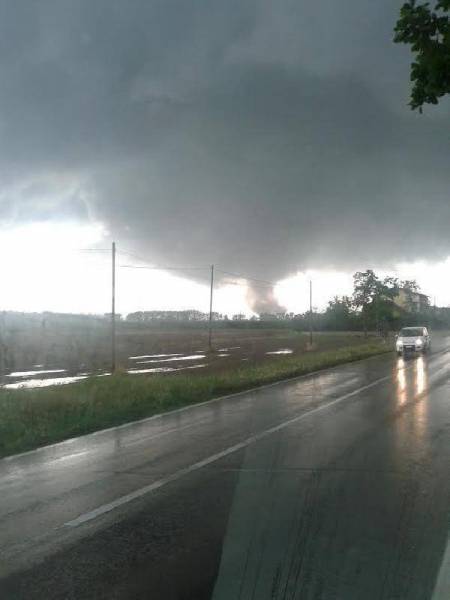 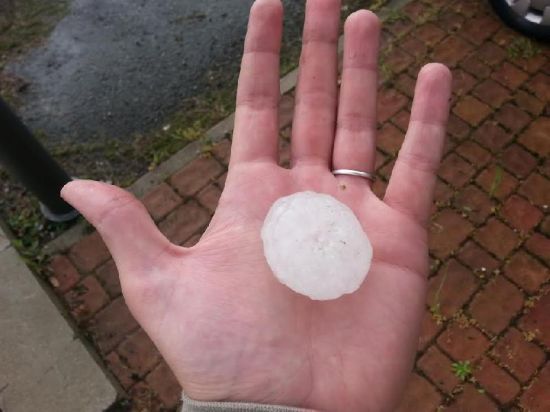 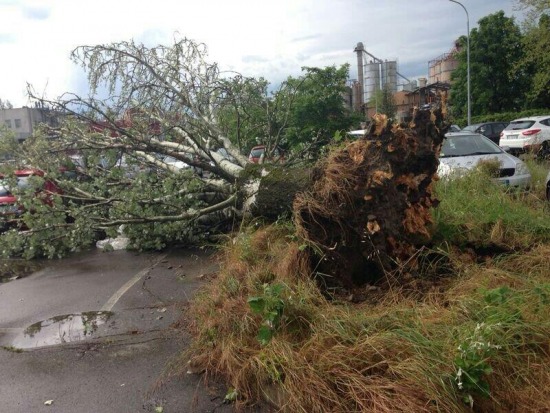 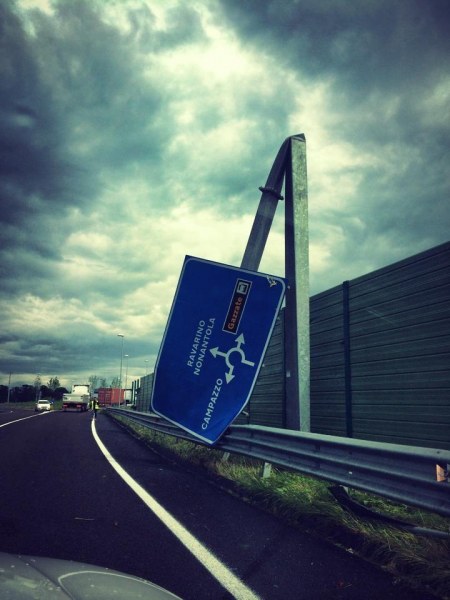 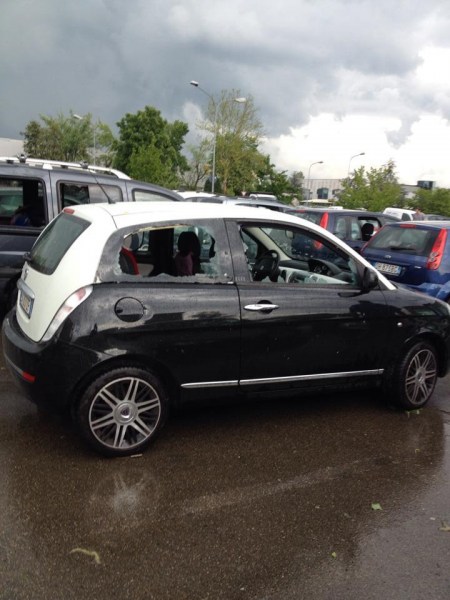 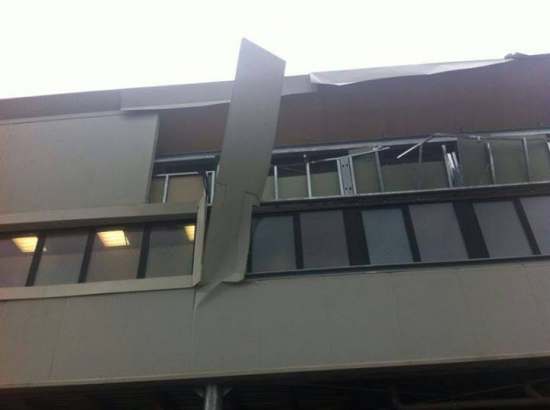 Videos of the Nonantola tornado 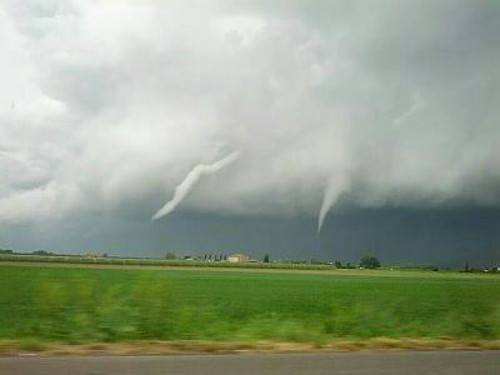 Two funnels on the cell near Bologna, N Italy. The left one is roping out, but the right one is probably in ground contact. Source: MeteoWeb.eu 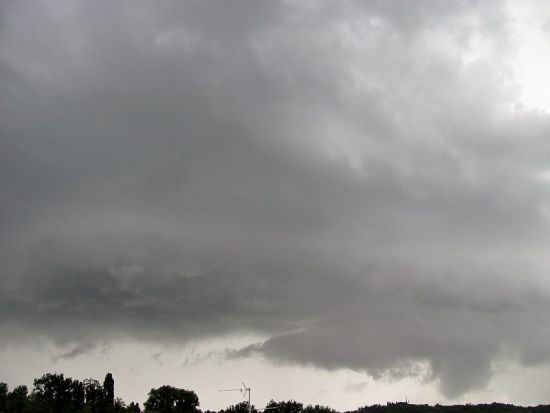 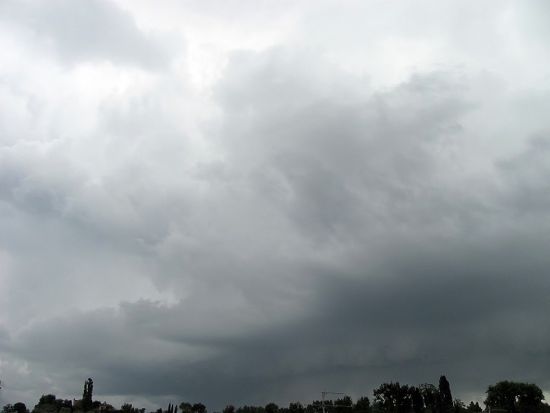